Natalie is an Essex Based Set & Costume Designer working mostly between London and Essex. She is a graduate of the BA Theatre Practice: Design for stage Course at Royal Central School of Speech and Drama. 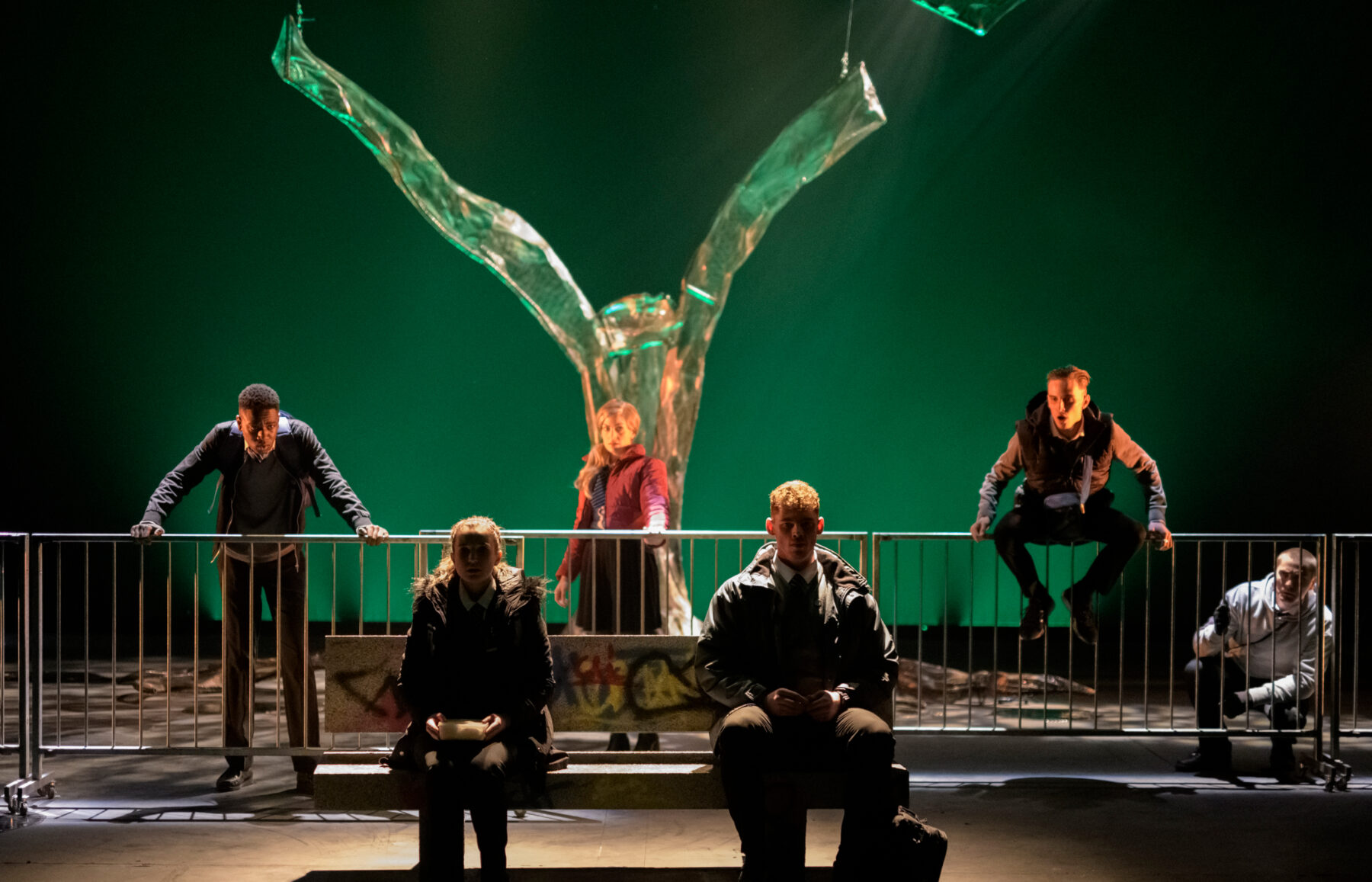 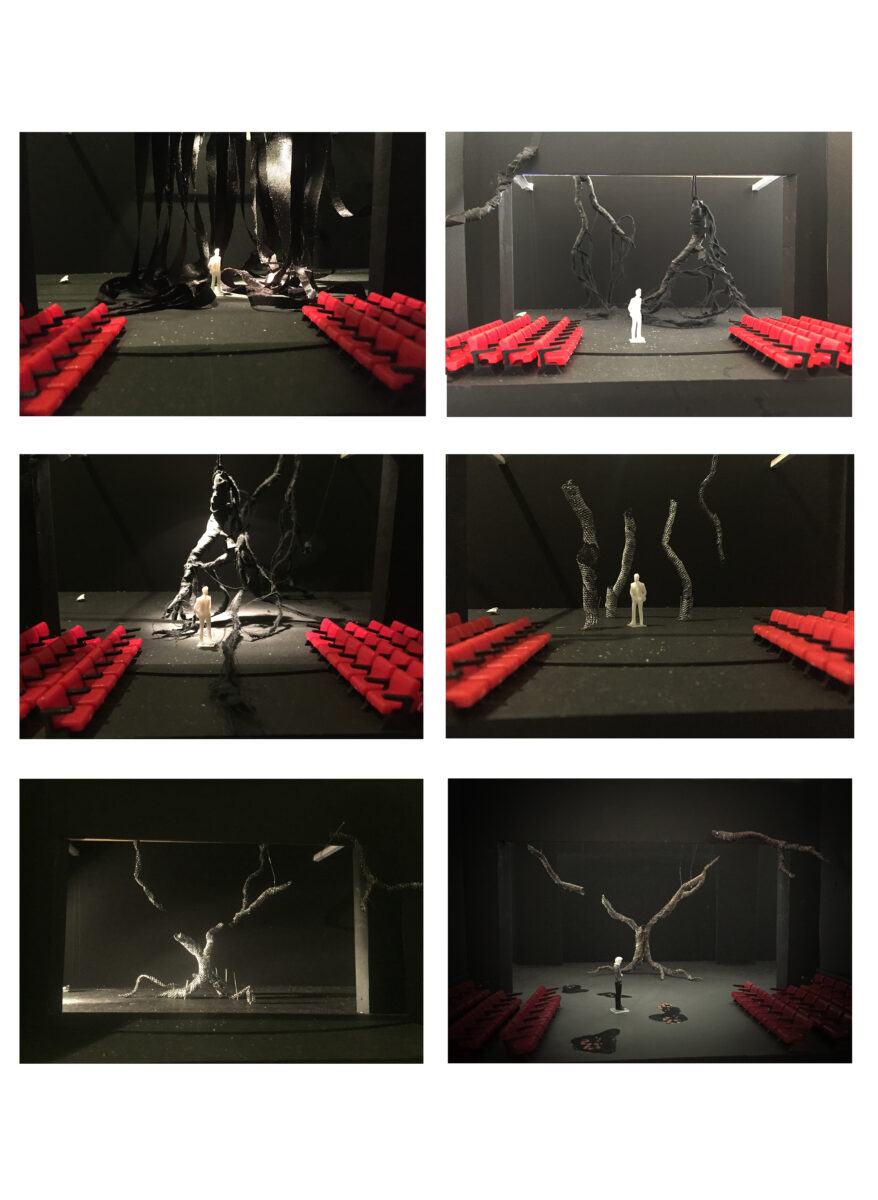 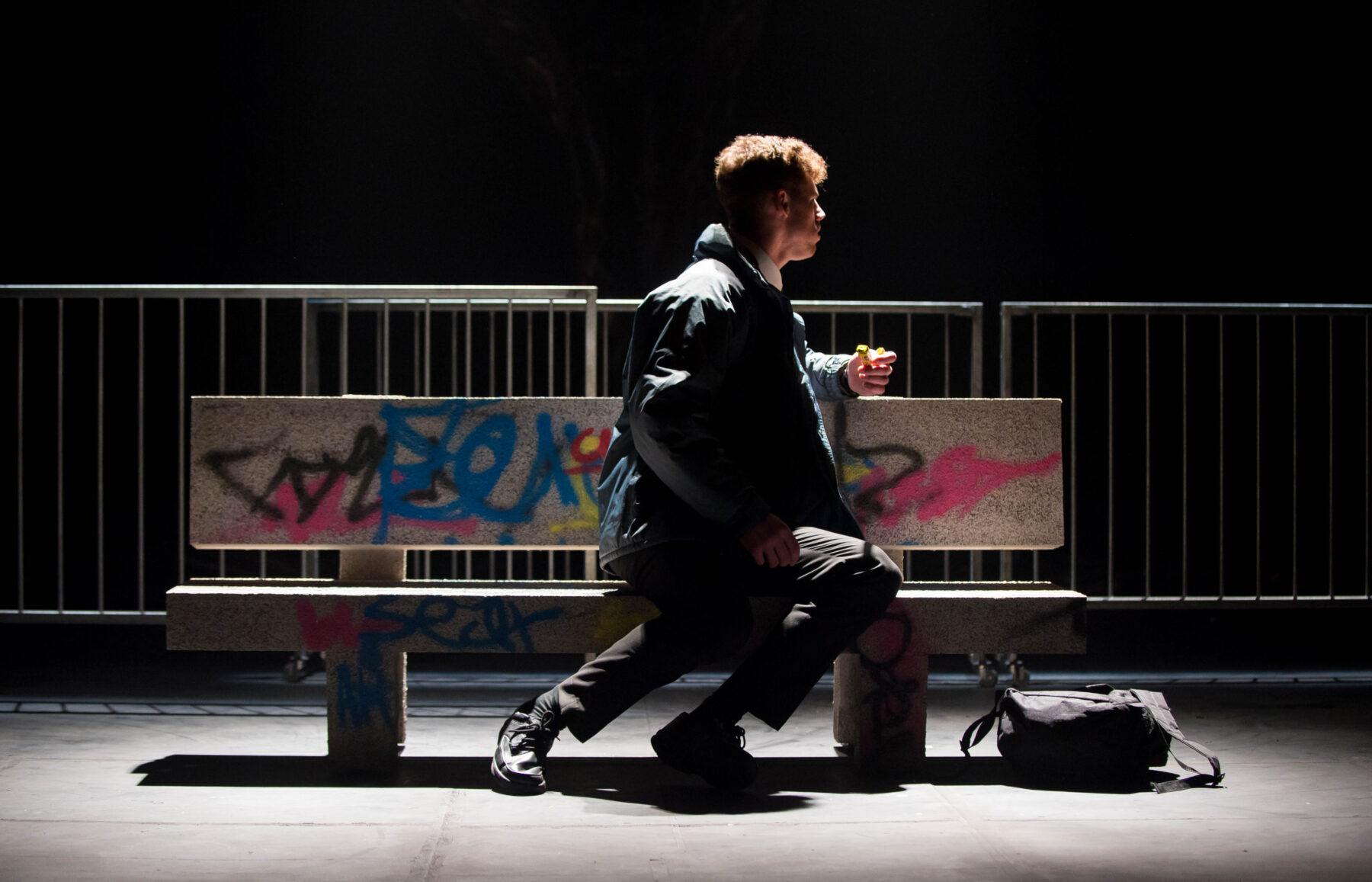 Doug (director) and I liked this looming tree representing what the teenagers were involved in. I created sketch models of the trees in different materials and seeing how they might look under different lights. Which materials had the most potential for reacting differently with light.

I tried, string, rope, fabric, wire, before coming to metal mesh that reflected the harsh world of the play and the metal “grill” one of the teenage characters in pushed into. We decided the branches should come in gradually each scene to represent the group being dragged further and further into their problem. The final image then has the branches all around them. Then we explored the other parts of the set as a naturalistic slice of each location.