Matt trained at Motley under Percy Harris and Alison Chitty and has an MA in Museum and Exhibition Design. He has produced work for theatre,- set and costume design, installation art, exhibition and museum design, choreography and film and television production design. He lecturers in Performance Design at UAL London College of Fashion and Rose Bruford College.

He has designed for Vanessa Redgrave the The liberation of Skopje and has been commissioned by the Royal Festival Hall, Brunei Gallery SOAS and Facebook “Cannes Lions Festival of Creativity 2016” and was awarded Best Design for Underbelly directed by Charlotte Conquest for the London New Play Festival.

He recently designed The Seven Gates of Damascus for Maya Youssef and In the Winter Wood, by Jan Blake at Polka Theatre. Other highlights include: The BFG directed by Phil Lowe at Harrogate Theatre and Beyond Measure directed by Juliet Forster at York Theatre Royal.

IN THE WINTER WOOD 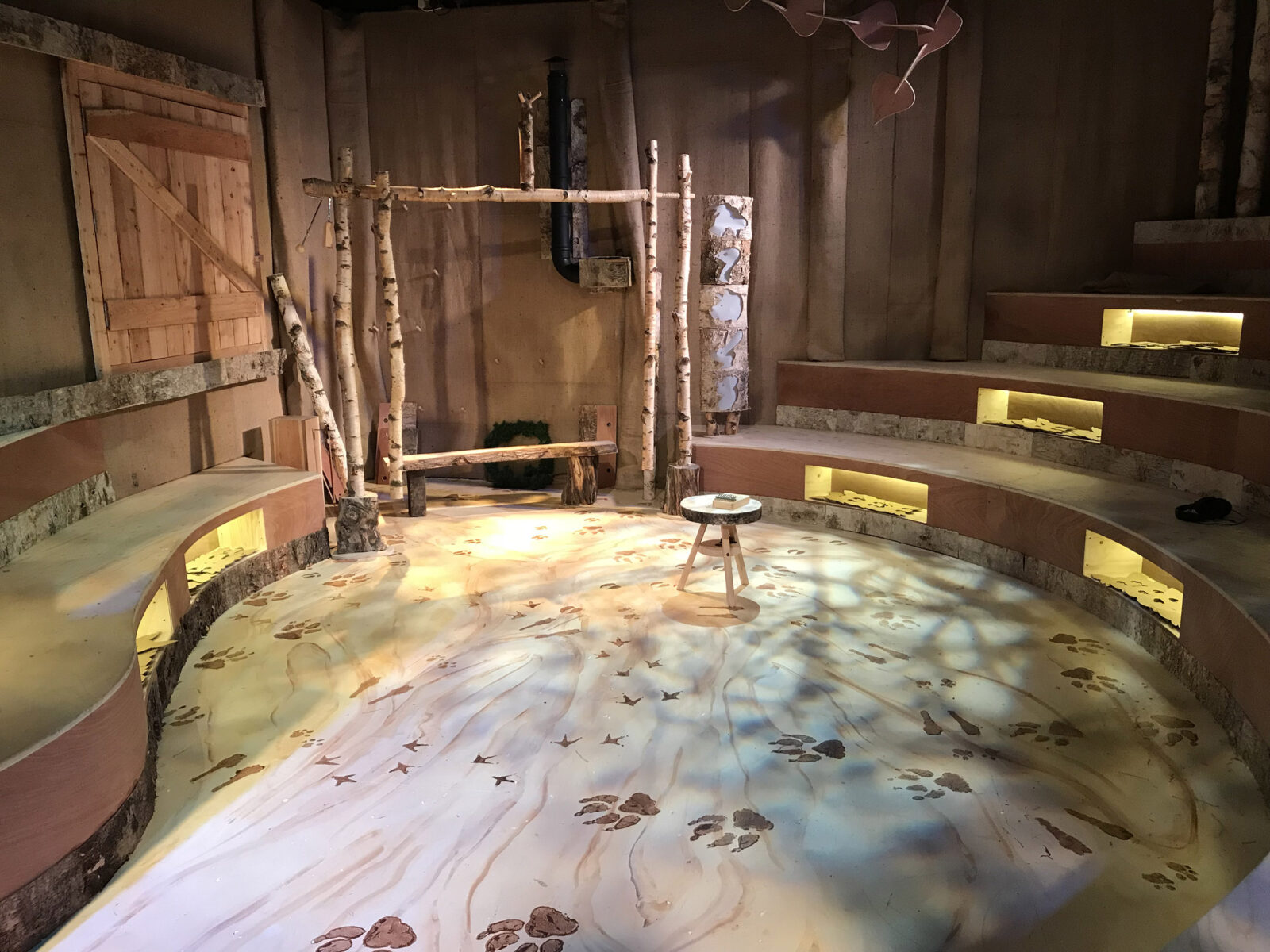 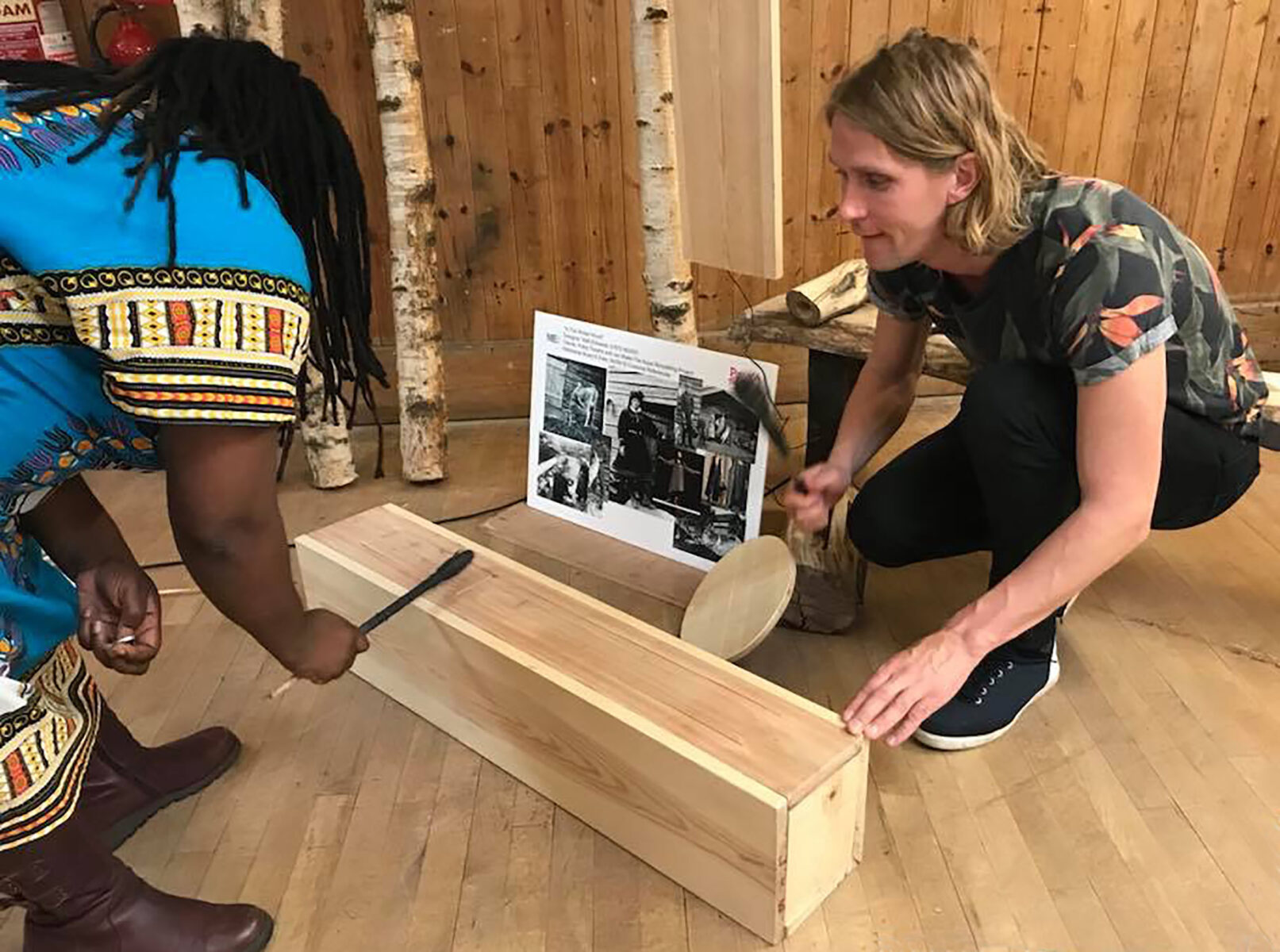 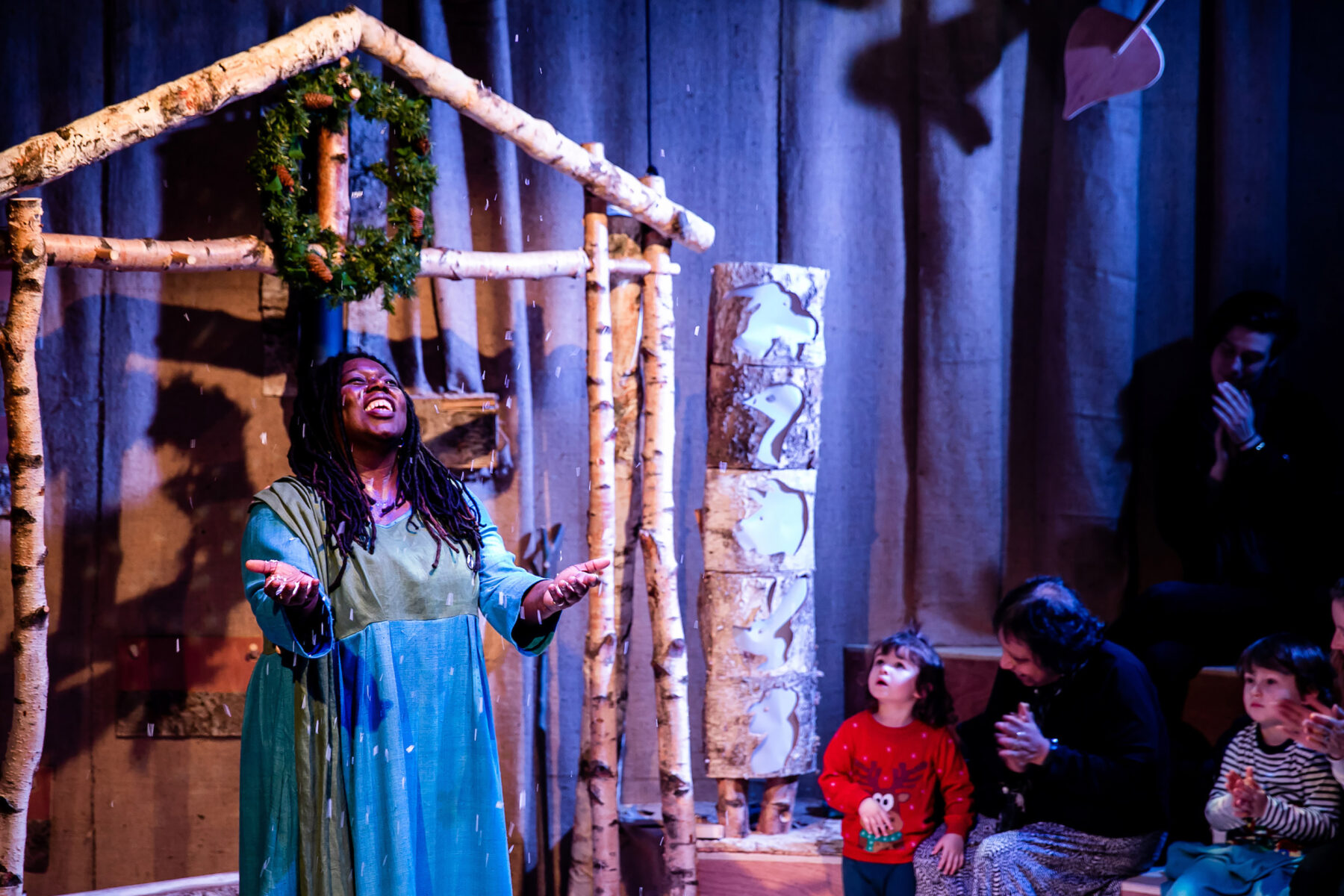 The design creation here was between the Storyteller who I have collaborated with on a number of occasions; gaining an understanding of Jan’s unique and personal approach to her selected narrative and to develop a visual response to this.

With this production, however, we also collaborated with the Estonian composer Silver Sepp, who creates exciting and ephemeral soundscapes from natural and man-made materials. A period of Research and Development allowed me to work directly with various forms of wood and collaborate with the composer and the performer to generate a context, make wooden instruments and to realise the concept of a journey within a wood.