Leslie Travers is an international set and costume designer based in London. His extensive work – which has included opera, dance, musical and drama productions – has graced the world’s most prestigious stages. His recent awards include the What’s On Stage Award for Best Production with his design for I Puritani as well as Opera Event of The Year and The International Opera Award for Best Anniversary Production with his design for Grimes On The Beach. 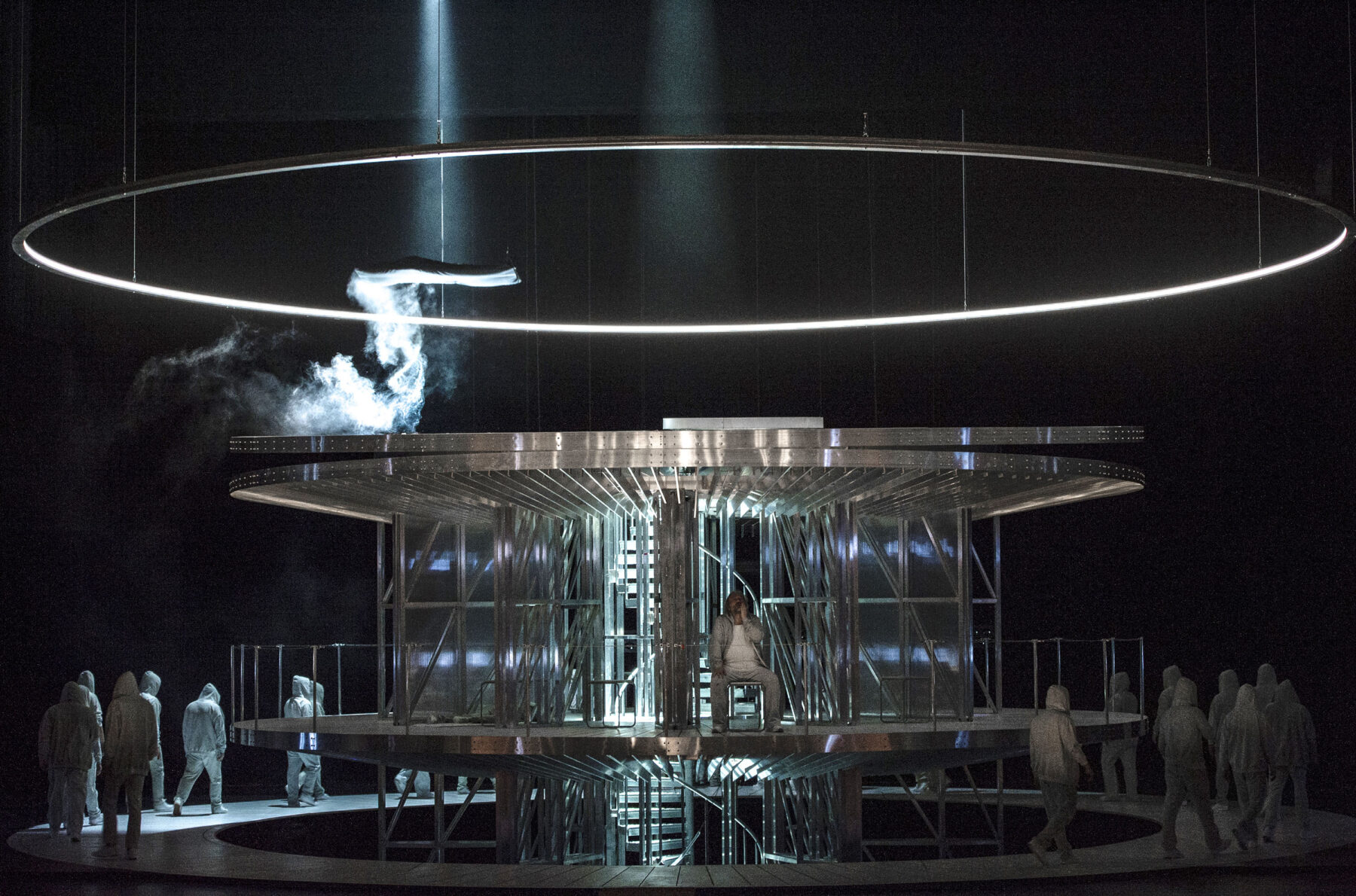 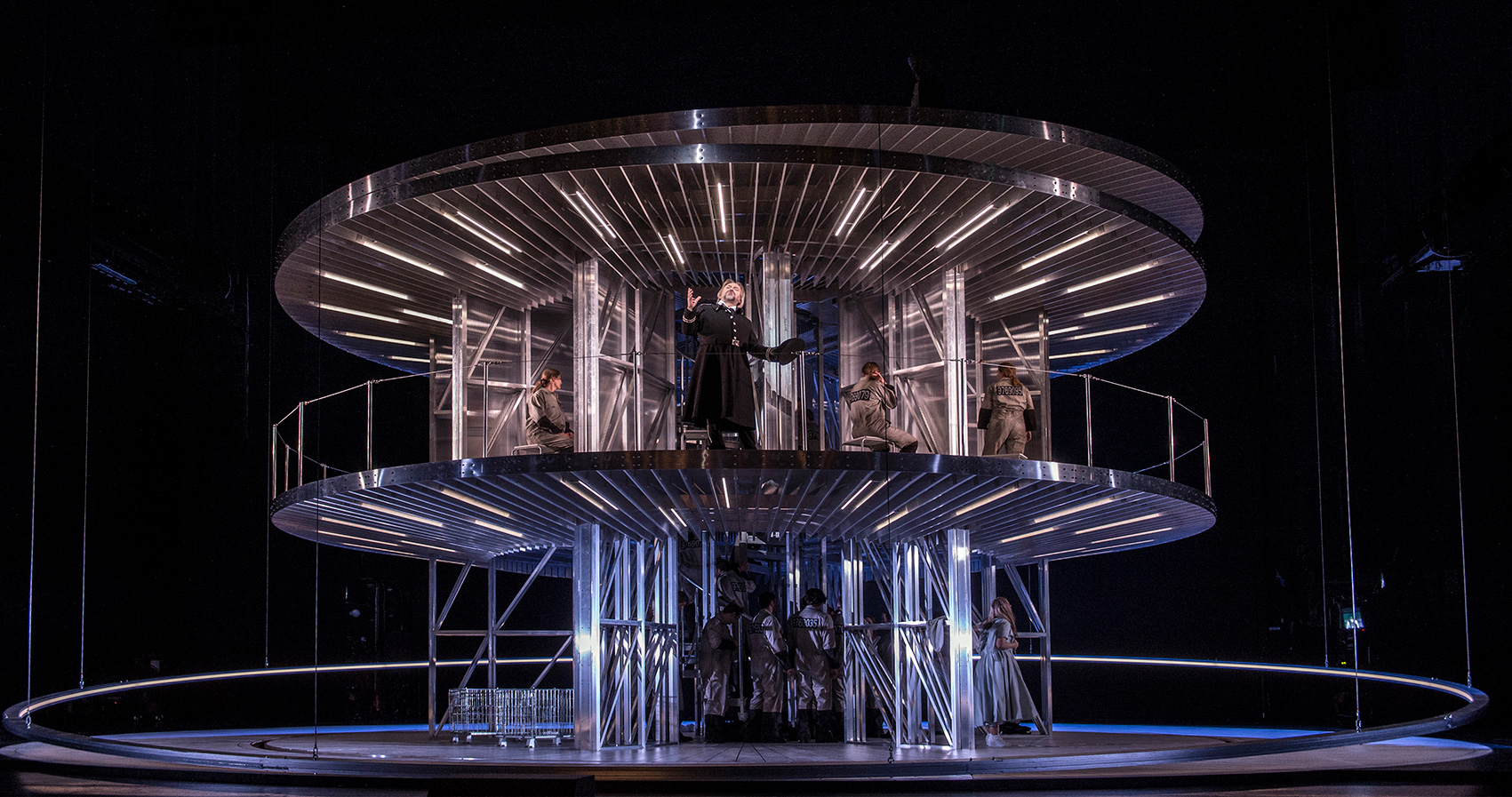 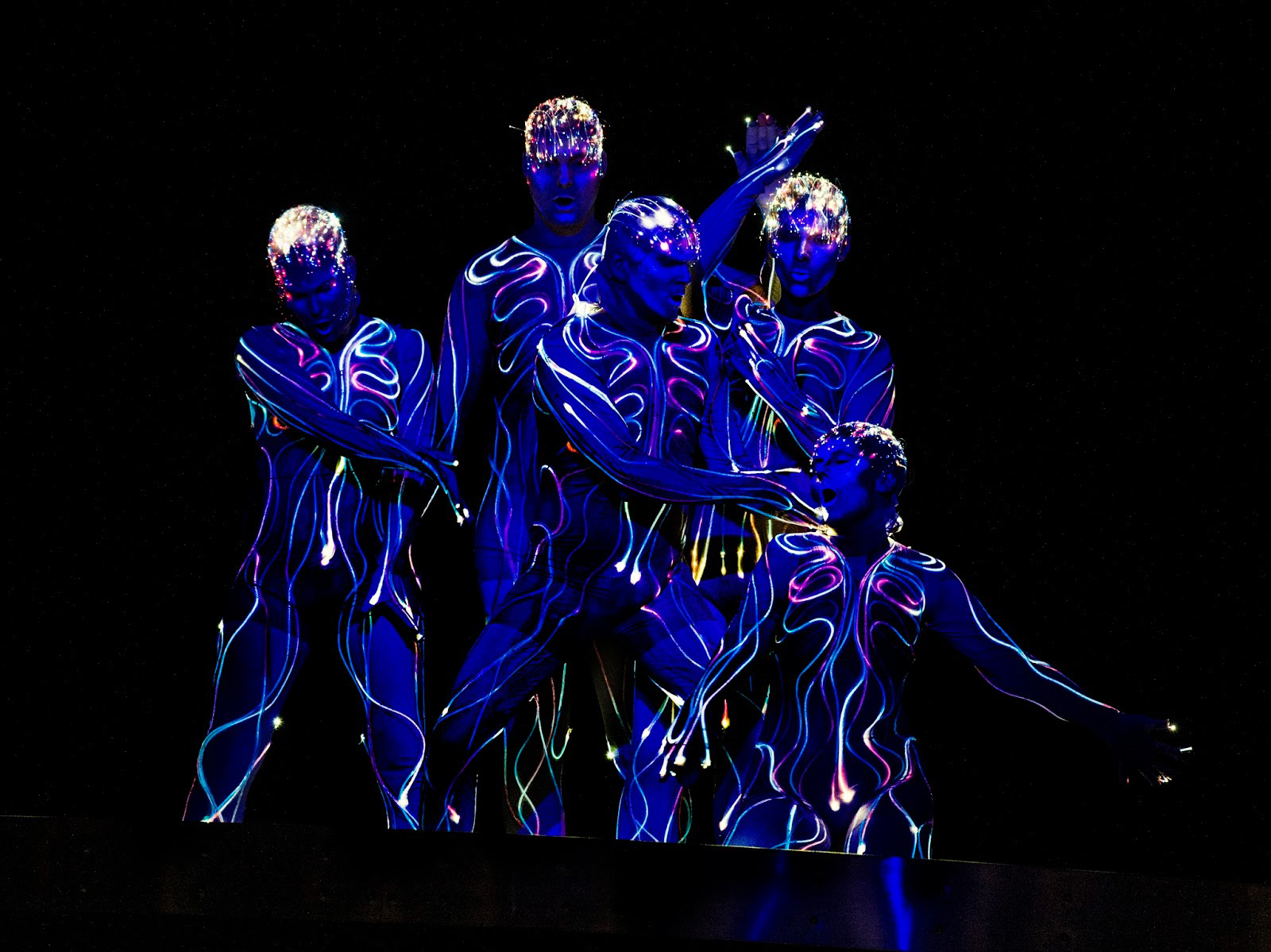 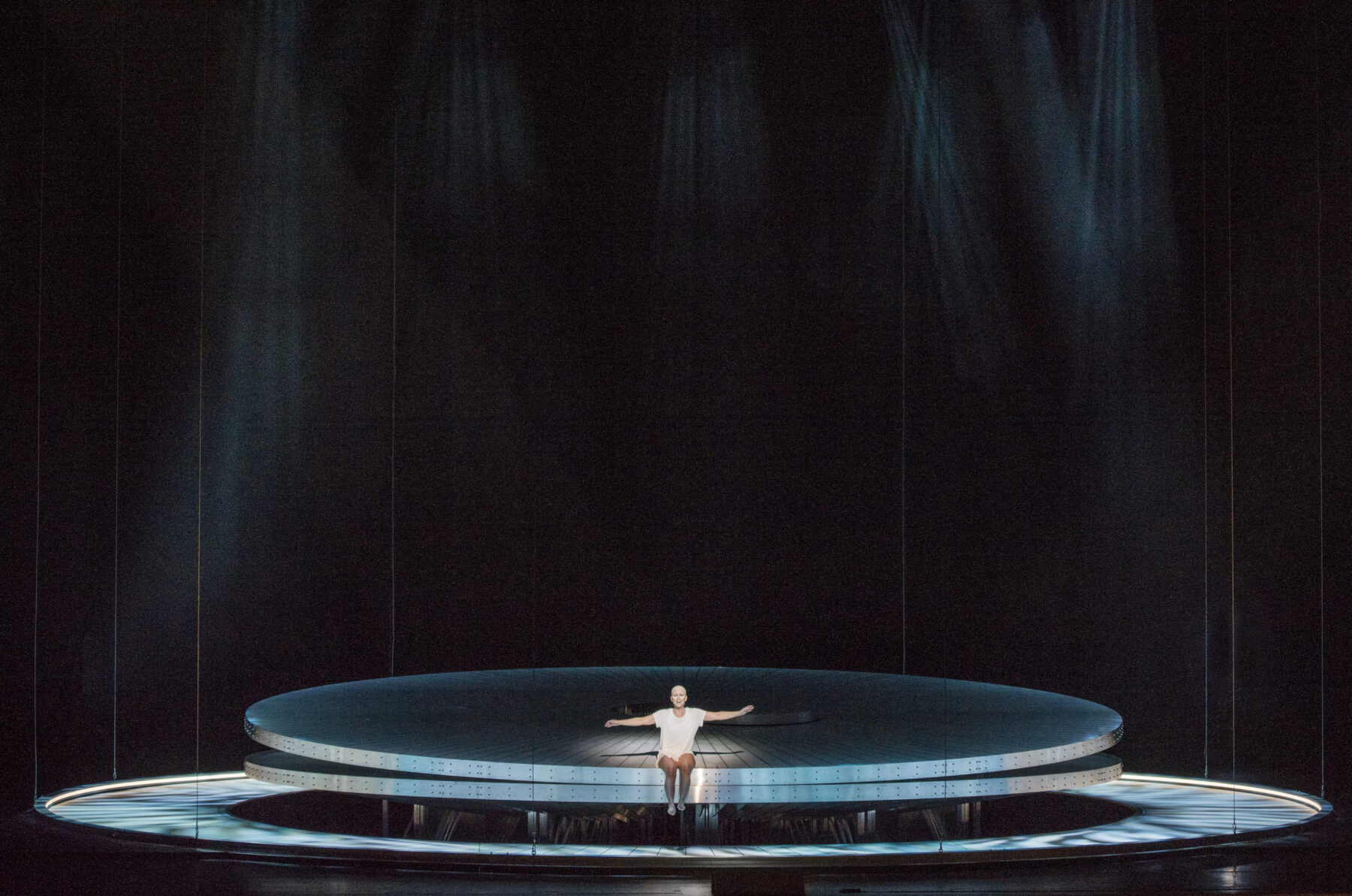 The design for Elysium happened in parallel to the creation of the work.  As the composer Rolf Wallin, and the librettist Mark Ravenhill developed the piece as I created images the design which at times informed the process and the development of the opera.

Set in the near future, where the last few members of the human race are imprisoned in a museum – a machine where once a year its inmates are to perform Beethovens Fidelio.  A performance for the unseen transhumance who had left the mortal world of humanity behind.  This year, though, the performance was going to go wrong and the two worlds would come together with devastating consequences.