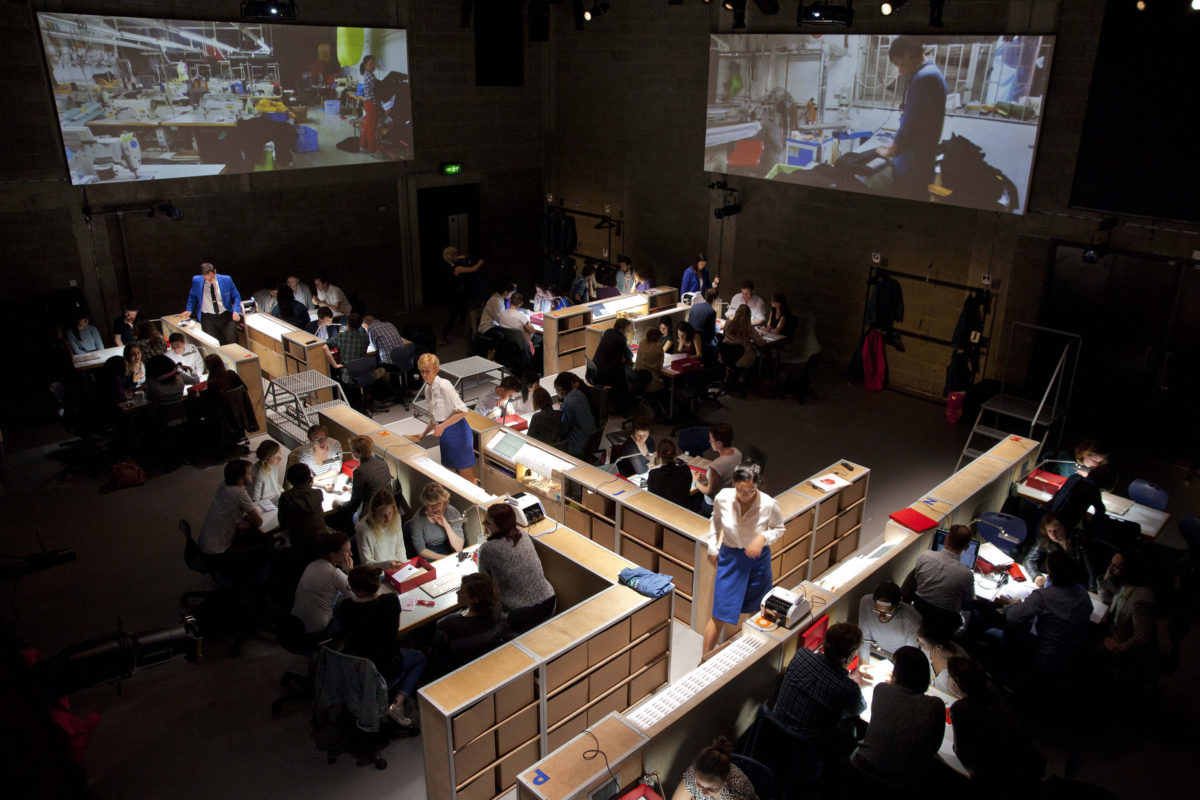 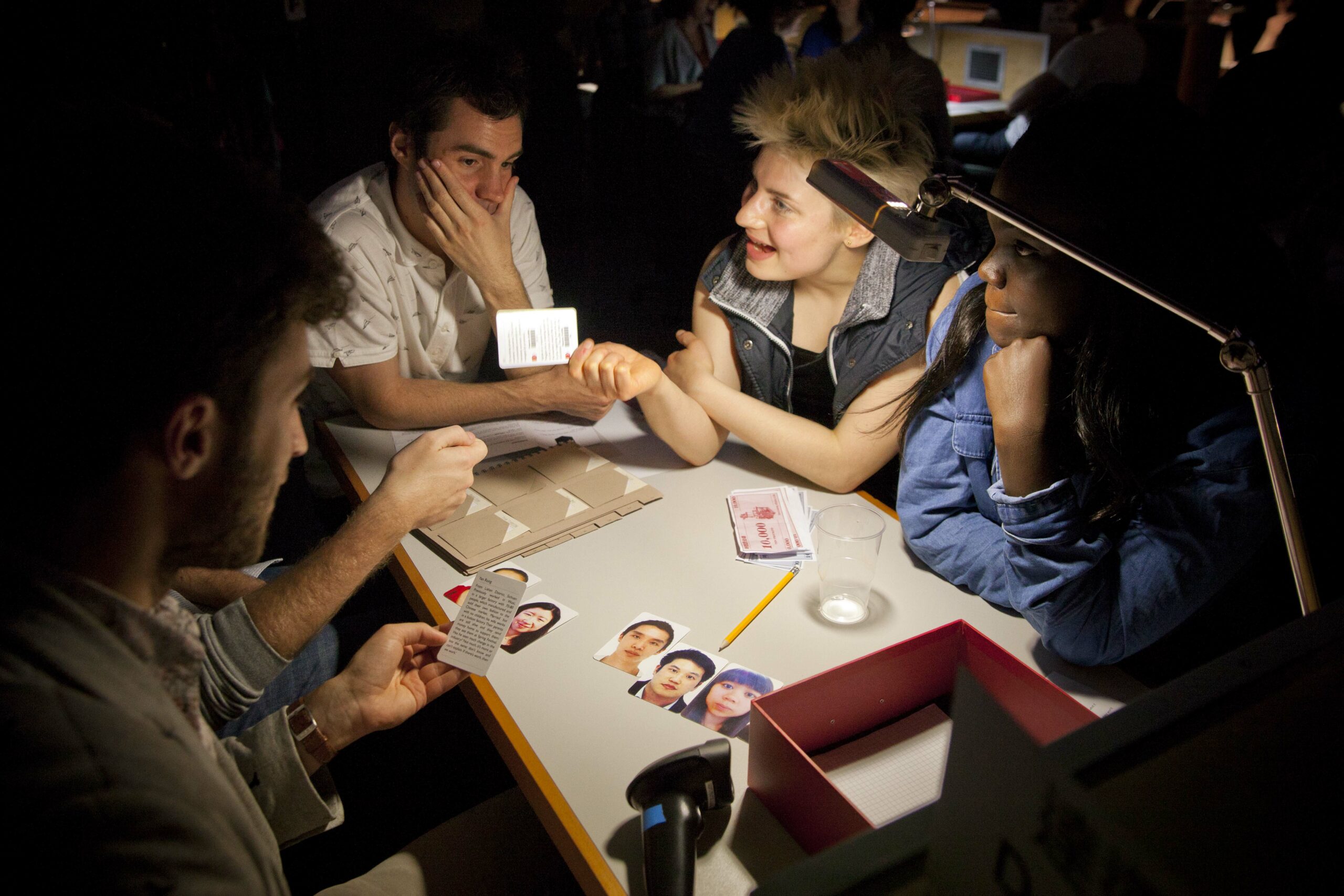 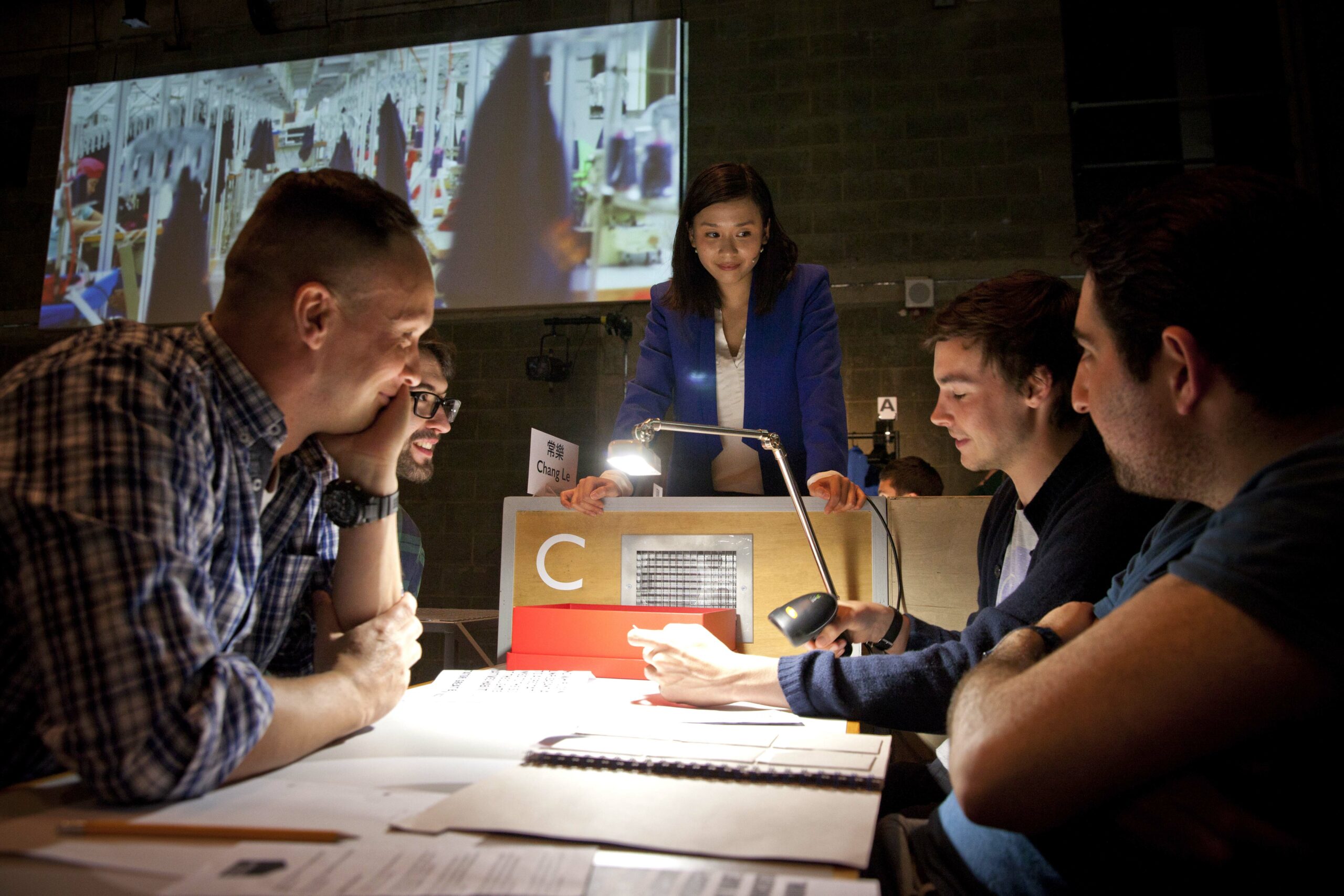 World Factory is an interactive performance project that explores the relationship between China and the UK through the lens of the global textiles industry. Co-created by Simon Daw and Zoe Svendsen the project was initially inspired by conversations with Chinese theatre director Zhao Chuan and his company Grass Stage in Shanghai.

To get a greater insight into the world of fast fashion Simon and Zoe designed a shirt and had it made in a Chinese factory. Barcodes printed onto the shirt, when scanned with a phone, reveal the people and processes involved in its manufacture.

The narratives and film they gathered on this journey became central to the performance: audience members in 16 groups simultaneously control competing clothing factories in China. The decisions the audience make (tracked by bespoke software) take them on different narrative paths through the game until finally the consequences of their choices are revealed.