Dr. Shizuka Hariu is an interdisciplinary designer between Scenography and architecture. Her scenography describes the relationship between concrete and imaginary space, based on her acute understanding of architectural environments.

Shizuka is a co-director at SHSH Architecture+Scenography with architect Shin Bogdan Hagiwara. SHSH designed for the exhibitions for Sensing Spaces (Royal Academy of Arts); Timeless Beauty (Gallos Roman Museum) as a finalist; Fear&Love (The Design Museum) and the European Commission Information Centre. 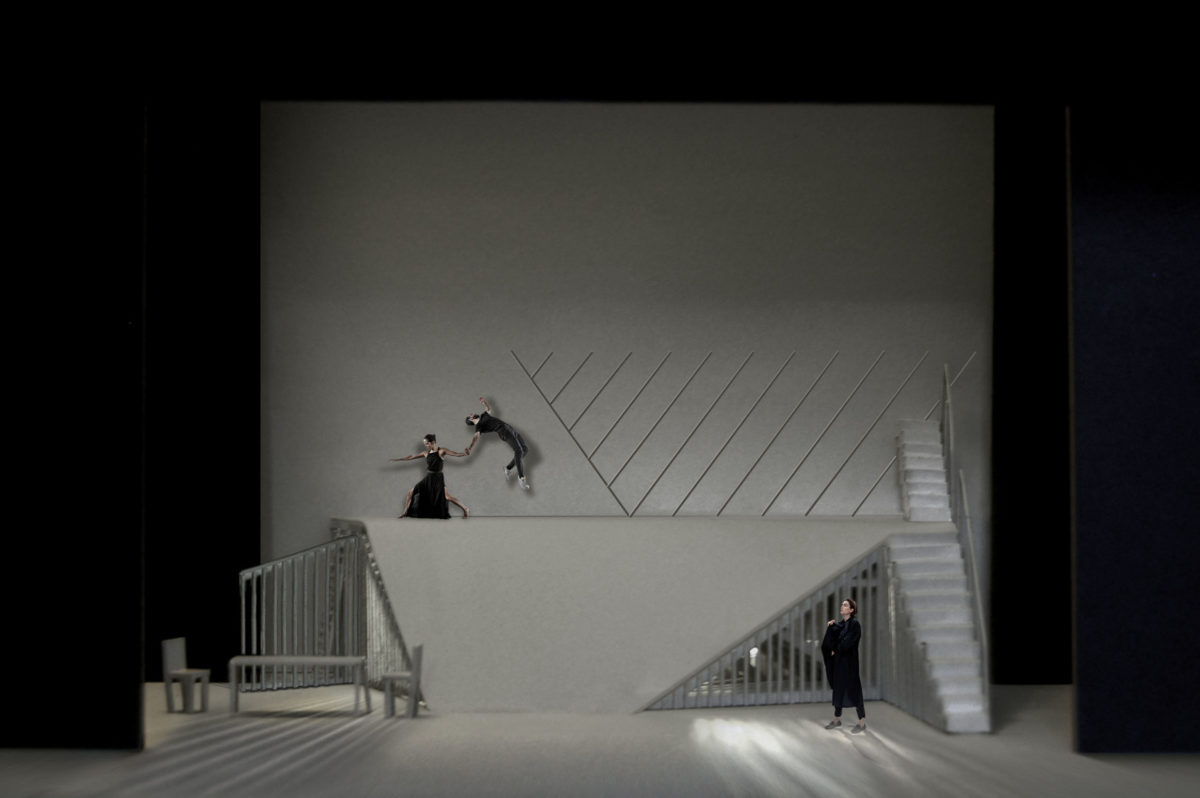 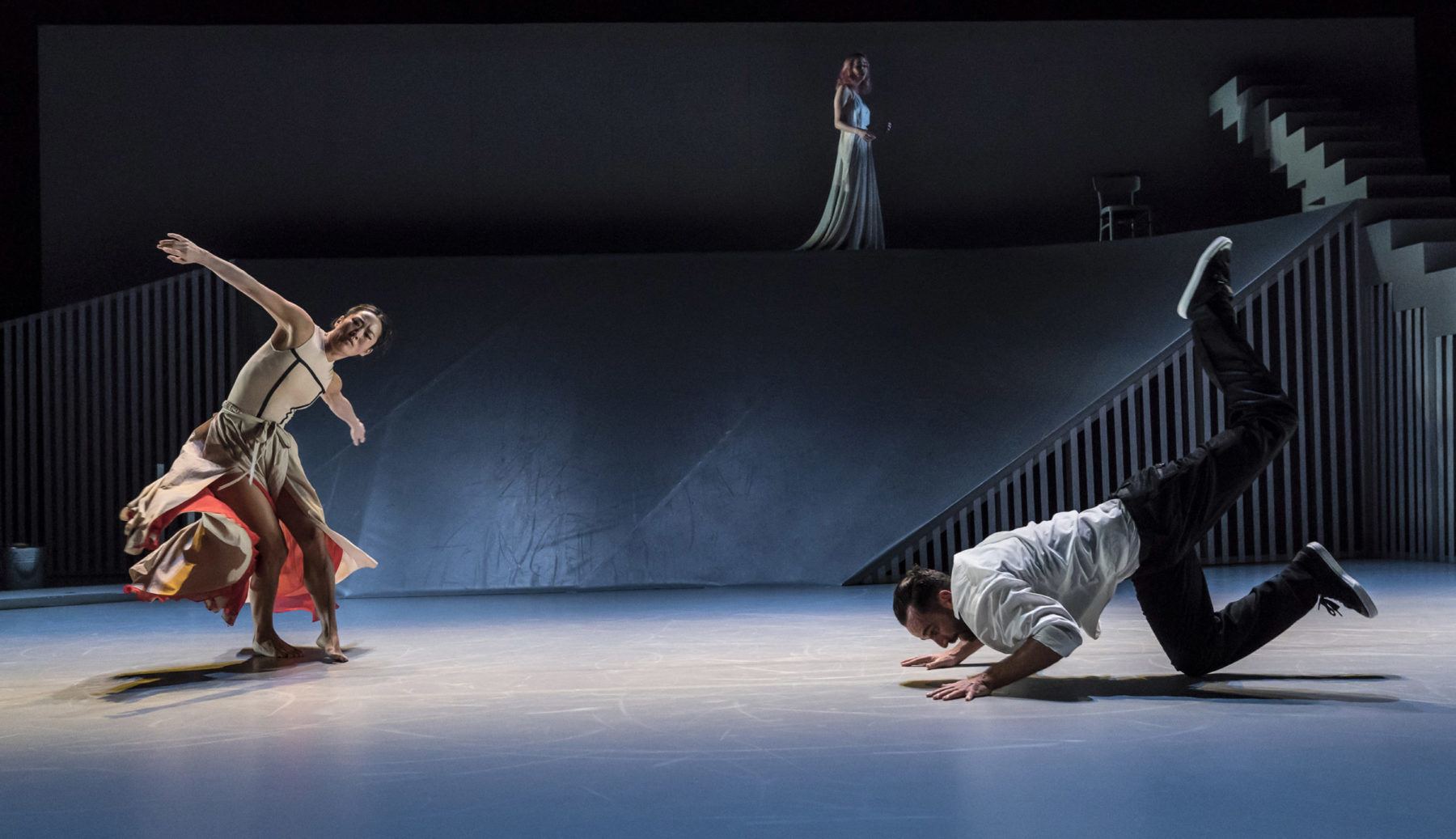 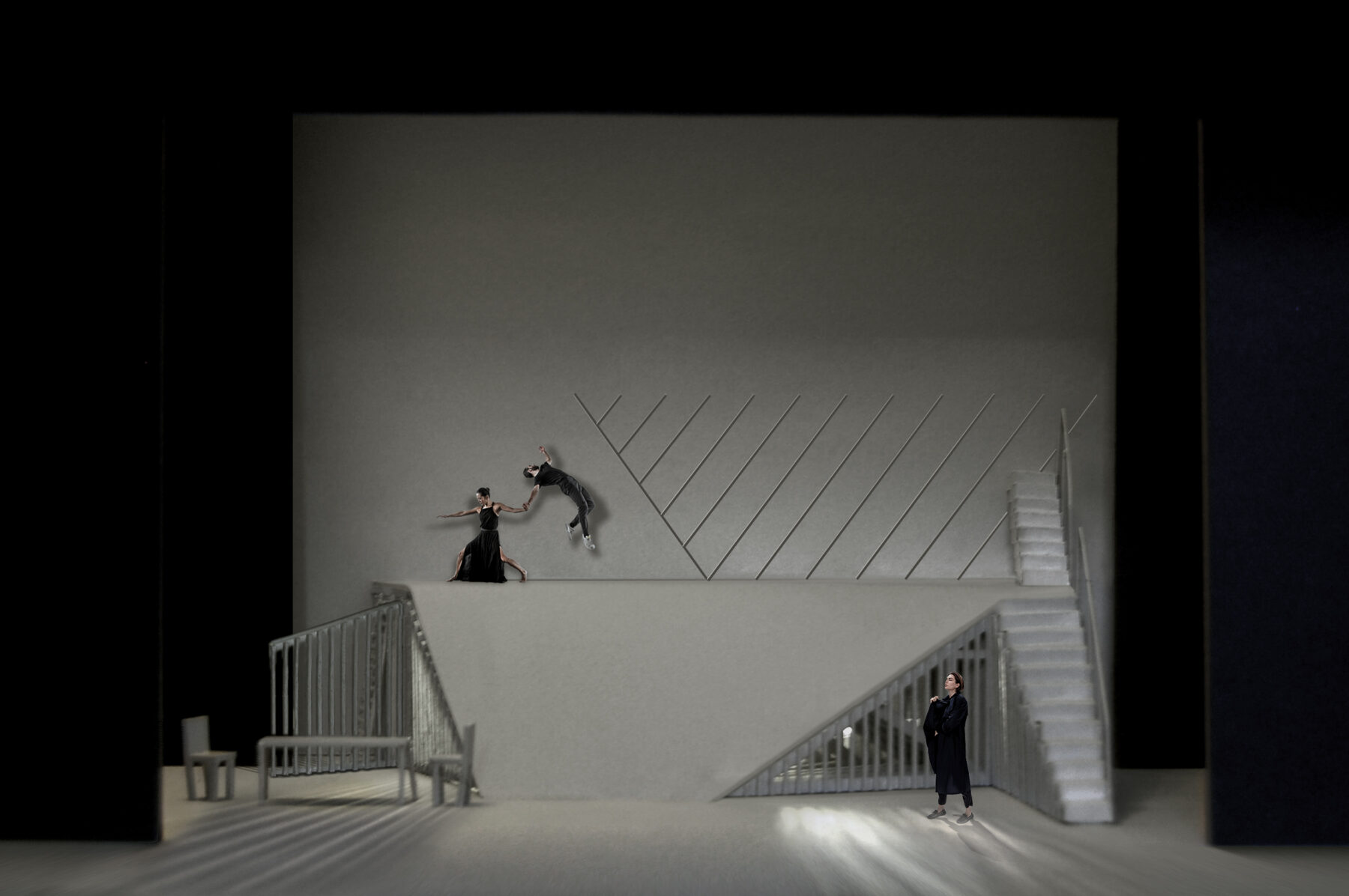 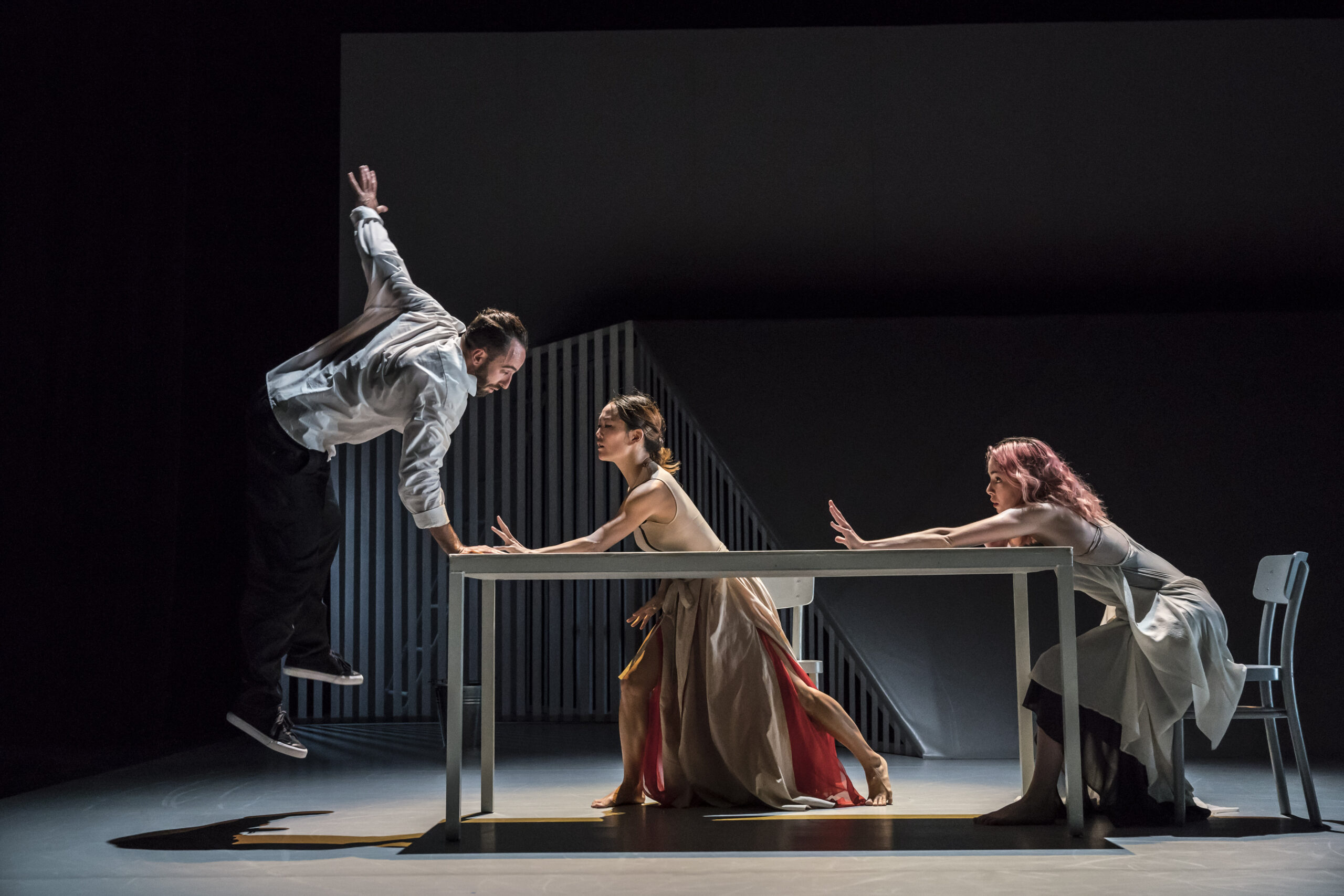 Scenography describes a representational space between a dream and the twisted reality combining with projection mapping images on top of this scenography.

The central space was used as the main performing area for dancers with three different shades of grey chairs, an originally designed thin table. The platform is connected to a large curved ramp, where dancers fly with wired-action. The platform also has a long staircase in which the top part is transformable, creating an effect similar to MC Escher’s Relativity. The horizontal solid wall performed as both the vertical floor with a chair and a horizontal wall for projection images. Underneath the platform are lattice elastic layers, which hide dancers and a singer.

The overall scenographic design was harmonized in a light grey colour, producing slightly blurred edges of the staircase, ramp, screen, and wall. Performers move and float in between reality and dream alongside music.

“I HOPE THAT MY INVOLVEMENT IN EACH PRODUCTION IS BREAKING THE BOUNDARY BETWEEN WEST AND EAST. MOREOVER MY DESIGN APPROACHES BETWEEN SCENOGRAPHY AND ARCHITECTURE HOPEFULLY SUPPORT AND SURVIVE SCENOGRAPHY IN THIS DIGITAL WORLD.”