Rhys was one of the winners of the 2007 Linbury Biennial Prize, for his design of VARJAK PAW for the Opera Group. In 2016 he was awarded the One Drama Award Shanghai Modern Drama Valley for best Stage Design of 2016 with The Dreamer.

Designs in 2018 include Future Bodies for Rash Dash & Unlimited Swallows & Amazons, Much Ado About Nothing and The Tempest for Grosvenor Park Open Air season 2018.

Work at Northernstage includes A Christmas Carol, Frankie & Johnnie in the Clare De Lune, Alice in Wonderland, James and the Giant Peach and The Wonderful Wizard of Oz. 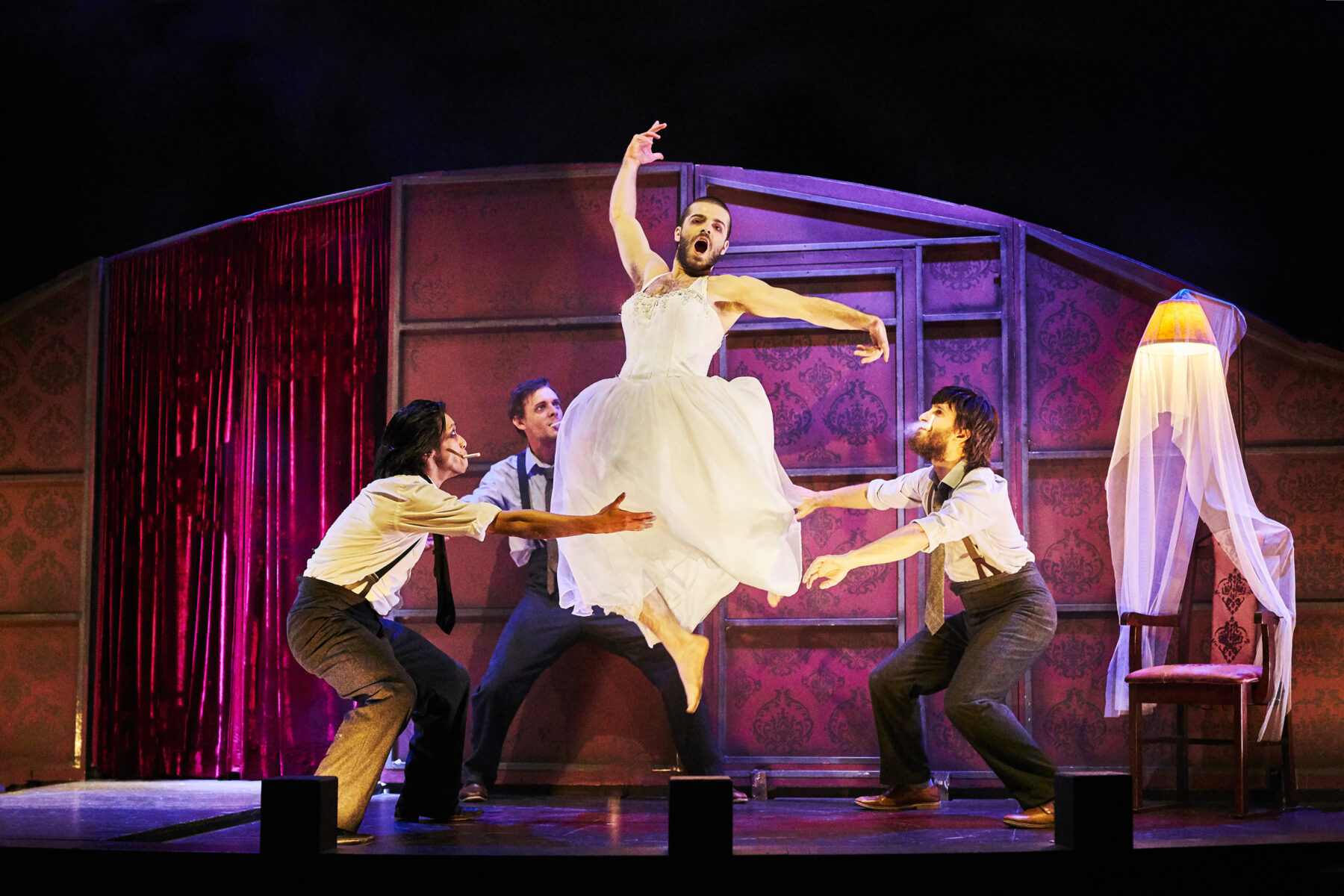 The Wedding was developed over a two-year devising period. Initial conversations between Amit Lahav (Gecko’s artistic director) and myself developed into experiments in choreography, storytelling and design elements to test in the rehearsal room. Performers, composer and lighting designer all feed into the design process. Some elements are left behind if they are no longer required by the developing story. Other elements are fully realised for testing on a creation tour.

Lighting practicals ran throughout the design process, some of which are integrated into their costumes resulting in nine mixed-gender performers dancing in self-lighting wedding dresses. The set included a 9m electromagnetic wall drop and a mysterious hidden platform behind a series of reveals.

Performers are a variety of nationalities, and each devises and performs in their mother tongue. No single language prevails, so it resonates with international audiences all over the world.

“
I OFTEN FEEL LIKE A DRAMATURG IN THE DEVISING PROCESS. I FIND MYSELF ESTABLISHING A VISUAL WORLD ALONGSIDE FRAGMENTS OF IDEAS OR A SENSE OF A STORY. THIS PROCESS THEN HELPS SHAPE THE WHOLE PIECE AS ITS BEING MADE.”