Hazel Blue has been working as a Set and Costume Designer, Maker and Arts Educator in Glasgow since 2008. She trained in Fine Arts (BAFA (Hons) 1984: Kwazulu Natal University, South Africa), and also in Technical and Production Arts (BA TPA – 2007: RSAMD).

Hazel is passionate about the interdependence of movement, lighting and music, and has more recently concentrated on Design for Dance, Classical and Contemporary. She has collaborated with Scottish Ballet, Scottish Dance Theatre and Dance House Glasgow. Hazel has designed costume for the RCS Modern Ballet Performances since 2010 and has also designed Set and Costume for Dance School of Scotland’s annual performances. 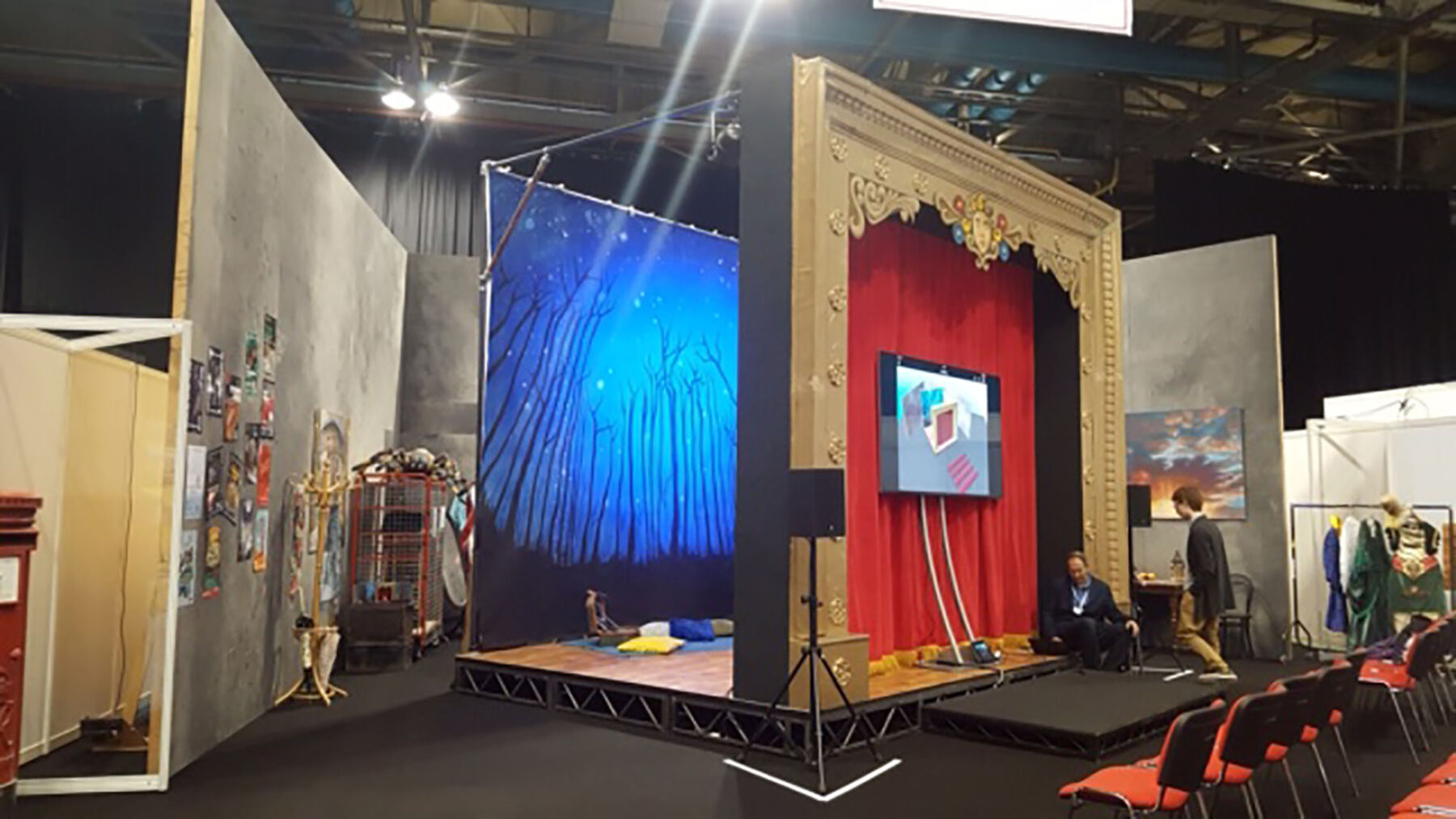 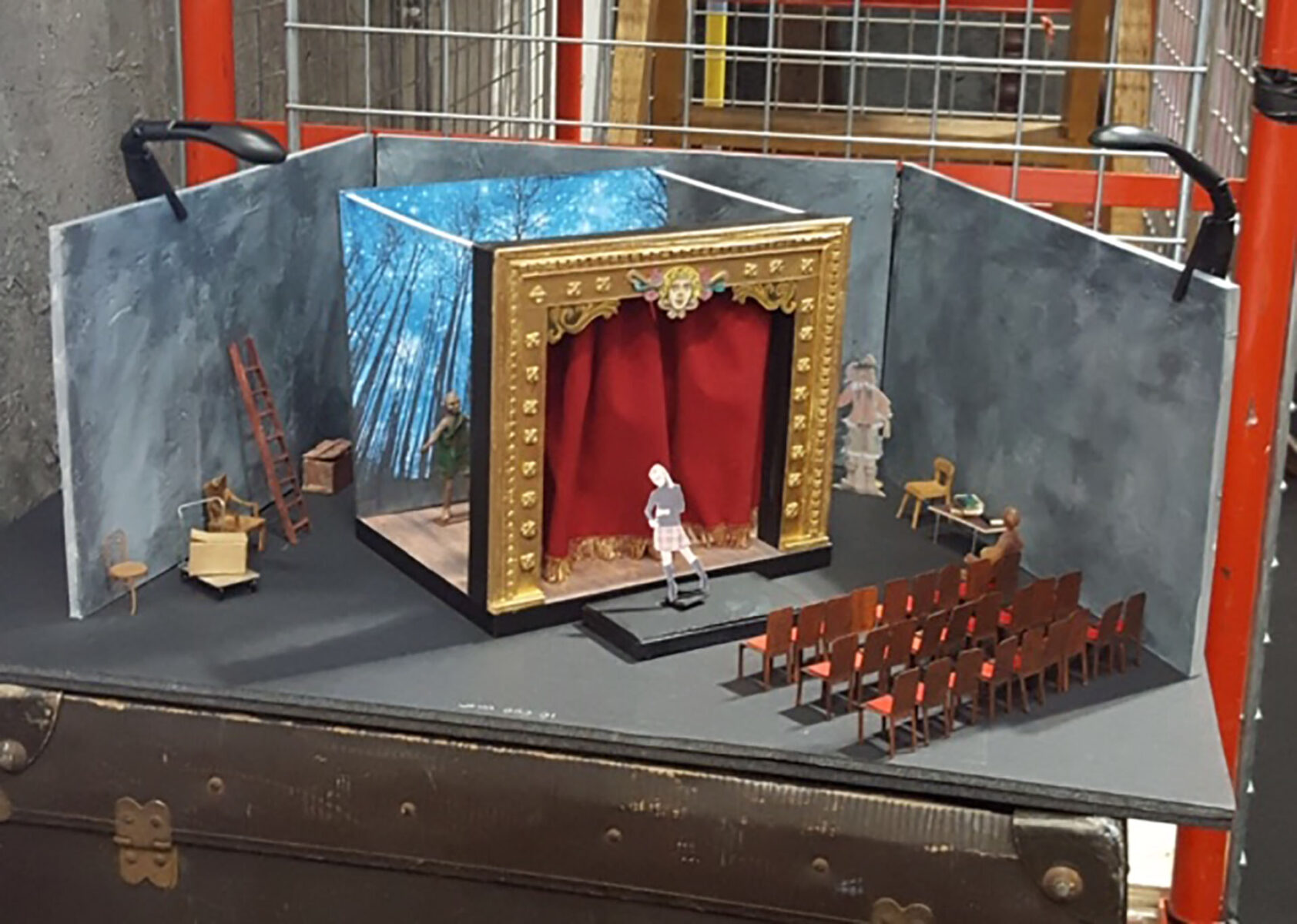 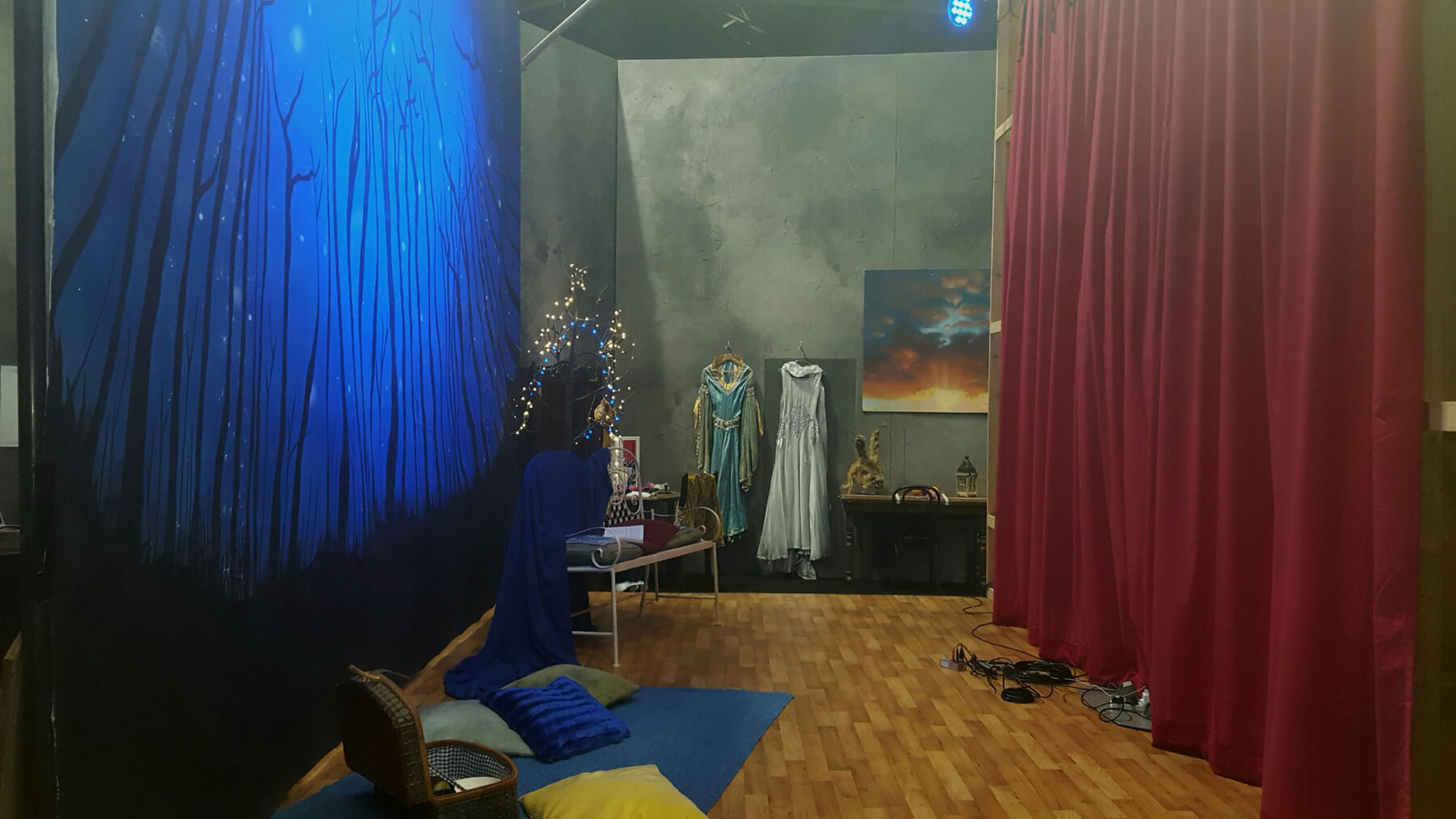 This piece was primarily for educational purposes. It was conceived to dominate the space in the Creative Learning Festival 2017 at the Scottish Exhibition Centre, and to highlight the extreme importance of Creativity and Creative practice in Education today.

The set was designed as a traditional Proscenium Arch, through which visitors were invited to go onstage and backstage to experience a theatre space. The onstage area depicted a break in A Midsummer Night’s Dream rehearsal, and backstage included a mini dressing room, wardrobe area and a props table as well as the 1:25 scale model for the set. In front of curtain, a large screen was installed for delegates’ presentations and a 3D Vectorworks version of the model could be accessed and orbited by visitors. I collaborated closely with 2nd Hand Scenery in Glasgow, and was able to effectively construct the set mostly from pre-existing opera set pieces.