Adele Keeley is a Costume Designer and Senior Lecturer in Costume and Performance Design at the Arts University Bournemouth. She is also founder of EAP (Environmental Arts Practitioners Collective).

Adele is actively engaged in the outdoor arts scene and until recently was a director for Activate Performing Arts who commission the international performance festival Inside Out Dorset. Adele gained her MA in theatre Arts from Nottingham Trent University in 2008. 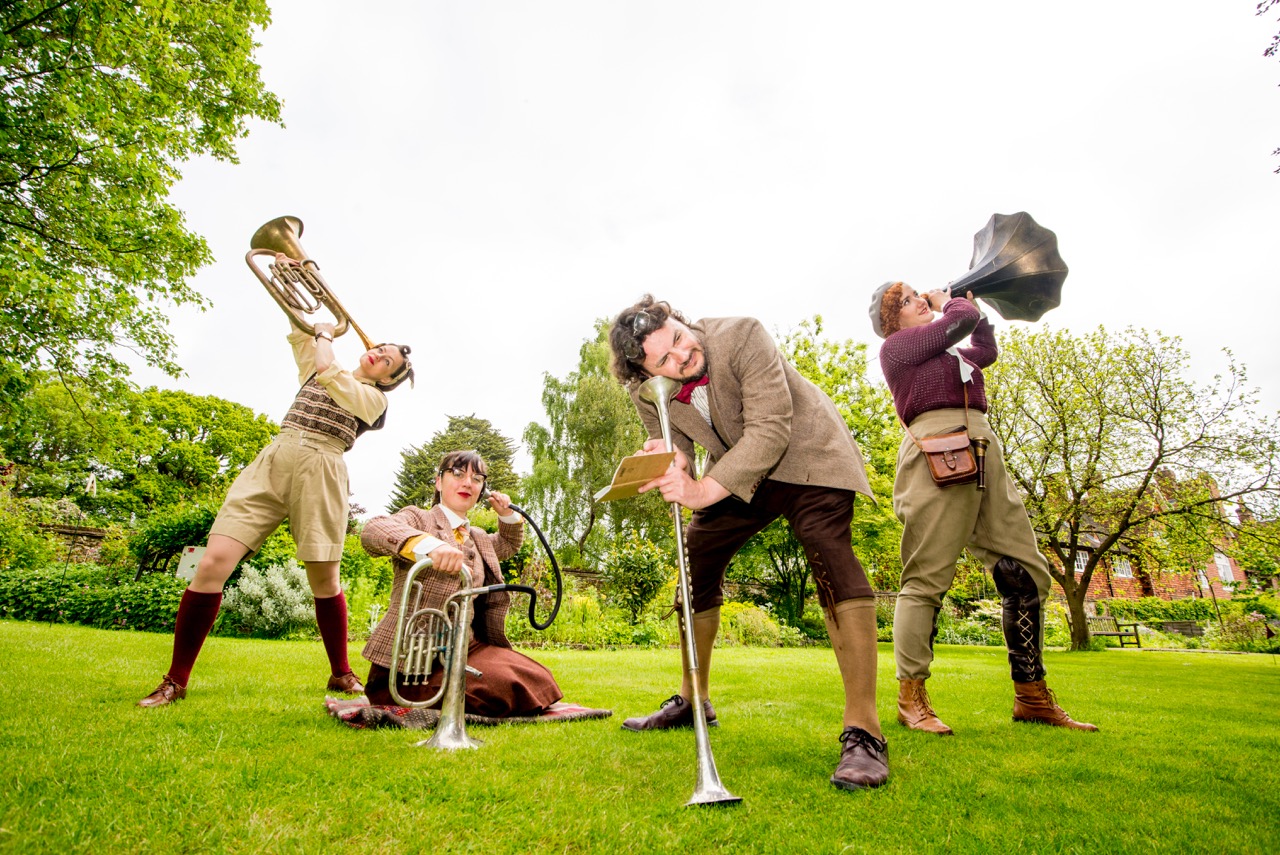 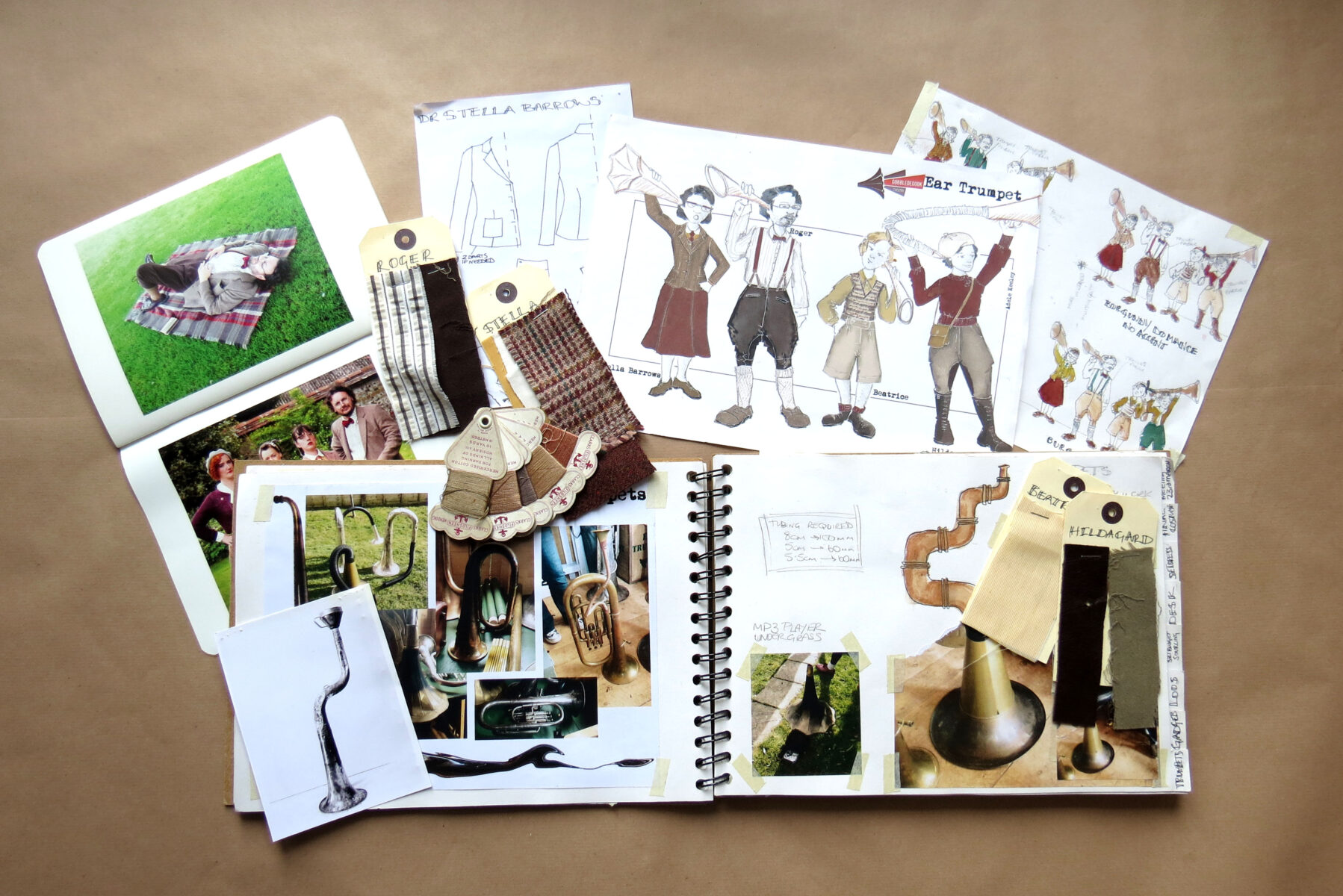 Made for people of all ages, this playful outdoor performance installation by Gobbledegook Theatre invites audiences to listen to enchanting contemporary classical music composed by Robert Lee.

In order to listen to the music, audiences choose from a series of elaborate Ear Trumpets created from converted euphoniums and brass instruments; listening devices which – as if by magic – make the barely audible sound loud and clear. After going through an introduction of how to use the Ear Trumpets audiences are transported into a sound space where they are invited to become citizen scientist in the Pseudo-science of ‘Sonic Geology’. By rendering the familiar act of listening strange, the performance invites audiences to delight in the discovery of the secret music under their feet.