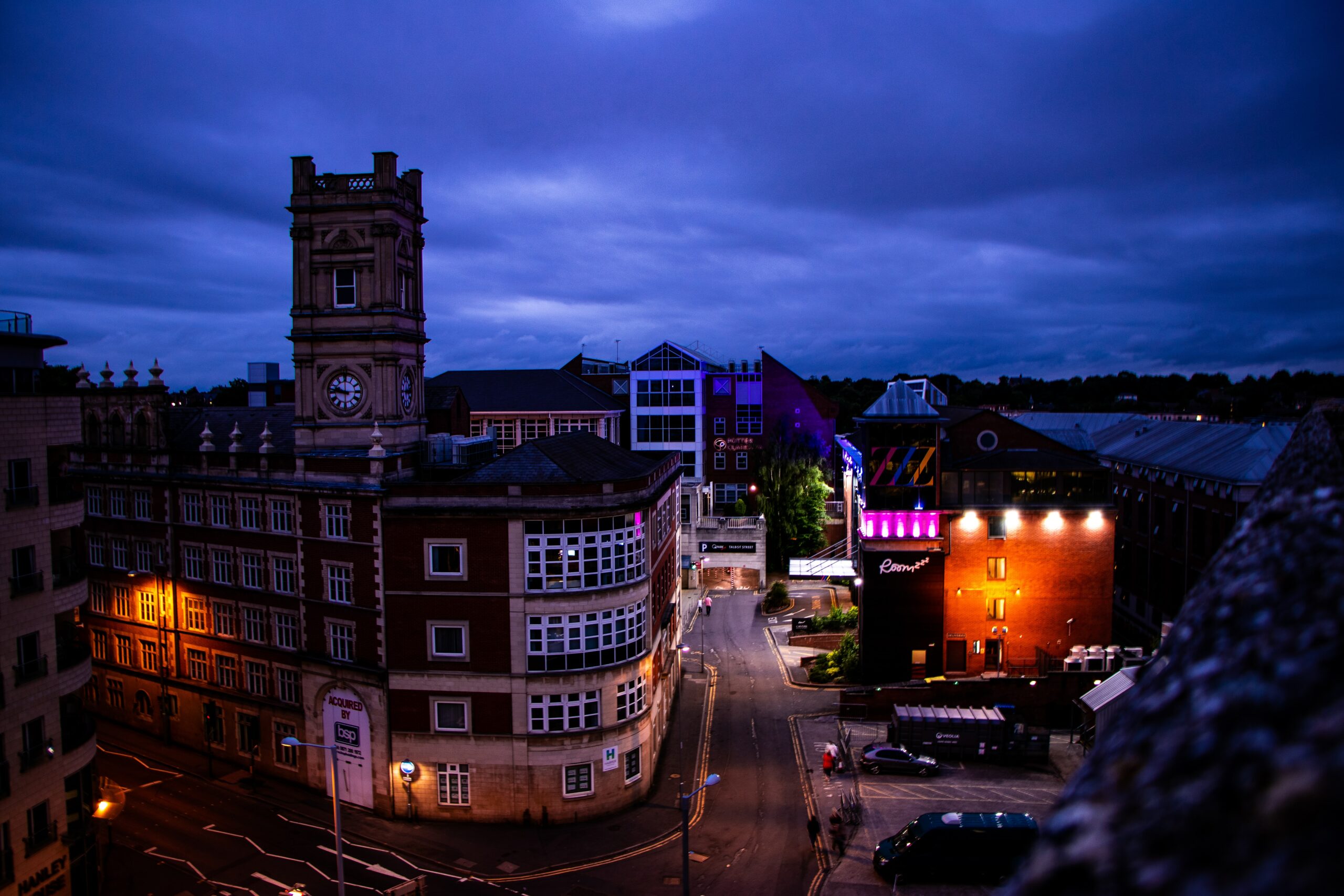 As freelance Artists and Theatre Designers with many years experience in theatre, opera, film, TV and art industries, we are collaborators, teachers, and makers.

We would describe ourselves as artist scenographers – artists that specialise in theatre design. Our interest in cross art forms is founded upon practice within the traditional fine art labels of painting and sculpture.

We are excited by the idea of theatre as installation – the scale and theatre of art and vice versa; and will be looking more closely at traditional creative labels that define collaborations between art-forms: We’re passionate about creative collectives and mentoring within working practice.

Giuseppe Belli is originally from Moss Side Manchester. He graduated from Birmingham Polytechnic under Christopher Morley, and then the Slade School of Art under Peter Snow and Yolanda Sonnabend. He is the only theatre designer to receive the Worshipful Company of Painters award for fine art at the Slade School and he became a Freeman of the Guild in 1999.

Aside from his own work and collaborations with Emma, he has also produced many art works for other artists and production designers internationally including Damien Hurst; installations for Alexander McQueen and collaborations with sculptor John Humphreys. He is an associate lecturer at the University of Lincoln and the University of Huddersfield and delivers lectures and master classes at other regional universities in theatre design and cross art forms.

Emma Belli is originally from Leeds. She studied theatre design at Bretton Hall College at the University of Leeds. She was a recipient of the BBC “Vision” training position that supported new graduates. It was an opportunity to develop skills with BAFTA award winning designer Frances Tempest and to join a costume team led by Designer Alison Munro.

She has lived in London and now Lincolnshire, where she and Giuseppe create work from their garden studio and also run 1to25scale.com a scale model site for scenographers.

They have two young children.

Alongside production designing Emma also builds models for designers at all of the major opera houses, The National Theatre, West End and Broadway.

Since coming to Lincolnshire she has become more involved in teaching Theatre Design and related practices. This has included giving talks, lectures and master classes at Nottingham, York, Leeds, Bishop Grosseteste, Lincoln and Huddersfield Universities, delivering a Symposium “Analysis of Process” at The Collection Lincoln, and talks at CVAN and SBTD.

They are recipients of a St Hugh’s Foundation for the Arts award for the development of their multi genre, multi performance, designer led project SIX OF ONE, and are developing an opera with novelist and screenwriter Phil Cosker and with Bambino composer Lliam Paterson.

R and D for a new project with Scottish Opera is underway.

The National Centre for Craft & Design is the largest venue in England entirely dedicated to the exhibition, celebration, support and promotion of national and international contemporary craft and design. Under one roof, our five gallery spaces showcase up to 20 world-class exhibitions every year from the most innovative, challenging and accomplished artists to new and emerging talent. Our stimulating learning programme inspires people of all ages, skills and interest levels and our shop is a cultural haven for the latest contemporary handmade products. We are also home to Design-Nation, one of the UK’s leading professional development organisations for British designer-makers and artsNK, our rural arts development agency that specialises in visual and performing arts projects.

Clare Edwards is Head of The National Centre for Craft & Design. Clare also directs Design-Nation, the leading UK based portfolio for craft, design and product.

She is the founder of Design Factory. Set up in 2005, Design Factory was a creative development network that supported UK craft and design practice. In 2010 Clare became Director of The Hub, a leading centre for national and international contemporary craft and design and in 2011 she rebranded the gallery to become The National Centre for Craft & Design. In 2014, Design-Nation joined Clare’s portfolio uniting three organisations in a joint mission to deliver new opportunities and strengthen business and creative development across the UK contemporary design and crafts sectors. Design Factory and Design-Nation later merged in 2017.

Originally from Hamburg, Germany, Marion has made England her home since 1997. Her experience of working in the creative industries originates from various sources: From employment at a major venue in Hamburg to self-employment as a freelance artist/designer since the early 1990s.

Marion creates artwork mainly in glass, ceramics and paper, but ultimately it is the design that selects its medium. Her creative output includes the management and delivery of a range of 2D & 3D art and crafts workshops in educational and non-educational settings; props and set building to transform venues for special events; the management of a voluntary arts organisation; developing and manging community events; and commissioning contemporary art.

Marion’s current role as Programme Manager at NCCD is to bring an inclusive and wide-ranging programme of ambitious creative projects to the centre in Sleaford, delivering high-quality exhibitions and artist-led participation programmes that engage and inspire local, national and international audiences.

I am Programme Leader and Lecturer for BA (Hons) Costume and Set Design teaching undergraduates at Derby Theatre, contributing actively to its mission to engage, empower, inspire and enable the widest possible audience through transformational learning and theatre.

I am a practicing scenographer with over fifteen years of experience in a variety of national and international performance design and practice (UK, USA, Europe, Mexico).

I have worked as a designer for plays, devised and site-specific performances, events and short film (such as Secret Cinema, The Other Way Works, National Theatre of Greece). I have produced participatory scenography installations through my own company where I work with mixed-media, handmade bizarre objects, inefficient aesthetics and material stemming from the audience to create hybrid collaborative performance installations and actions. My installation work has appeared at Currents 2013, USA | The Bluecoat, Liverpool | The Benaki Museum, Athens | Shunt Vaults, London |The Roundhouse, London.

I have gained a PhD in Performance (Scenography) from the University of Leeds exploring the intersections between performance design practice, participation and cognitive neuroscience. I have contributed to multiple international academic conferences and symposia in the fields of performance, humanities and cognition (Cognitive Futures in the Arts and Humanities, IFTR, PSi, Worlding the Brain). From the summer of 2018 to January 2019 I have been a Visiting Short-Term Post-Doctoral Fellow at the Leeds Arts and Humanities Research Institute.

Originally, from Shropshire, Helen graduated from BA (hons) Theatre Design at Nottingham Trent University in the mid 90’s and is a Fellow of the Higher Education Academy, UK. She has worked extensively as a Designer in live performance for over 20 years.

Her designs have toured into national and international venues and transferred into the West End. She has worked in regional theatres and small-scale venues on classic and emerging theatre, dance and music pieces with some of The UK’s finest directors and choreographers. She has also worked as designer/art director on events, site specific, exhibitions and in museums. In 2010 Helen co-founded a Theatre Company with a consortium of artists developing links between two distinct theatre practices by looking at audience and community engagement in the UK and China, culminating in a live rural theatre tour in the Midlands. She is passionate about how genres and culture can intertwine cutting across borders.

Helen is a strong advocate of widening the visual and performing arts, to a broader society, and has held various positions in education throughout her career. She was a resident Designer and Workshop facilitator for 6 years at the Arts and Education Centre, Nottingham, and has had a 12 year part time, now recently full time, Senior Lecturer position at NTU.

A great achievement has also been becoming a mother; her two young girls have generated even more inspiration and insights to how we view the world!