Tina has obtained her MA Design for Performance with Distinction at the Royal Welsh College of Music and Drama, after completing her thesis on interaction performance-audience ‘Breaking the fourth wall in the 21st Century’

Soon after graduating, she was awarded the Dingemans Design bursary for an exciting year at the Royal National Theatre. In 2016, she designed the set for Cabaret directed by Paul Kerryson. Cabaret won the Set Design Silver Award at the World Stage Design (WSD 2017)

Tina originally studied Architecture at ALBA-Beirut, graduating top of her class. She earned the Order of Engineers and Architects award as well as the Samir Mokbel award for excellence in architectural design. Alongside her work as a Performance designer, she is a theatre design consultant at Charcoalblue, specialising in auditorium planning and design. 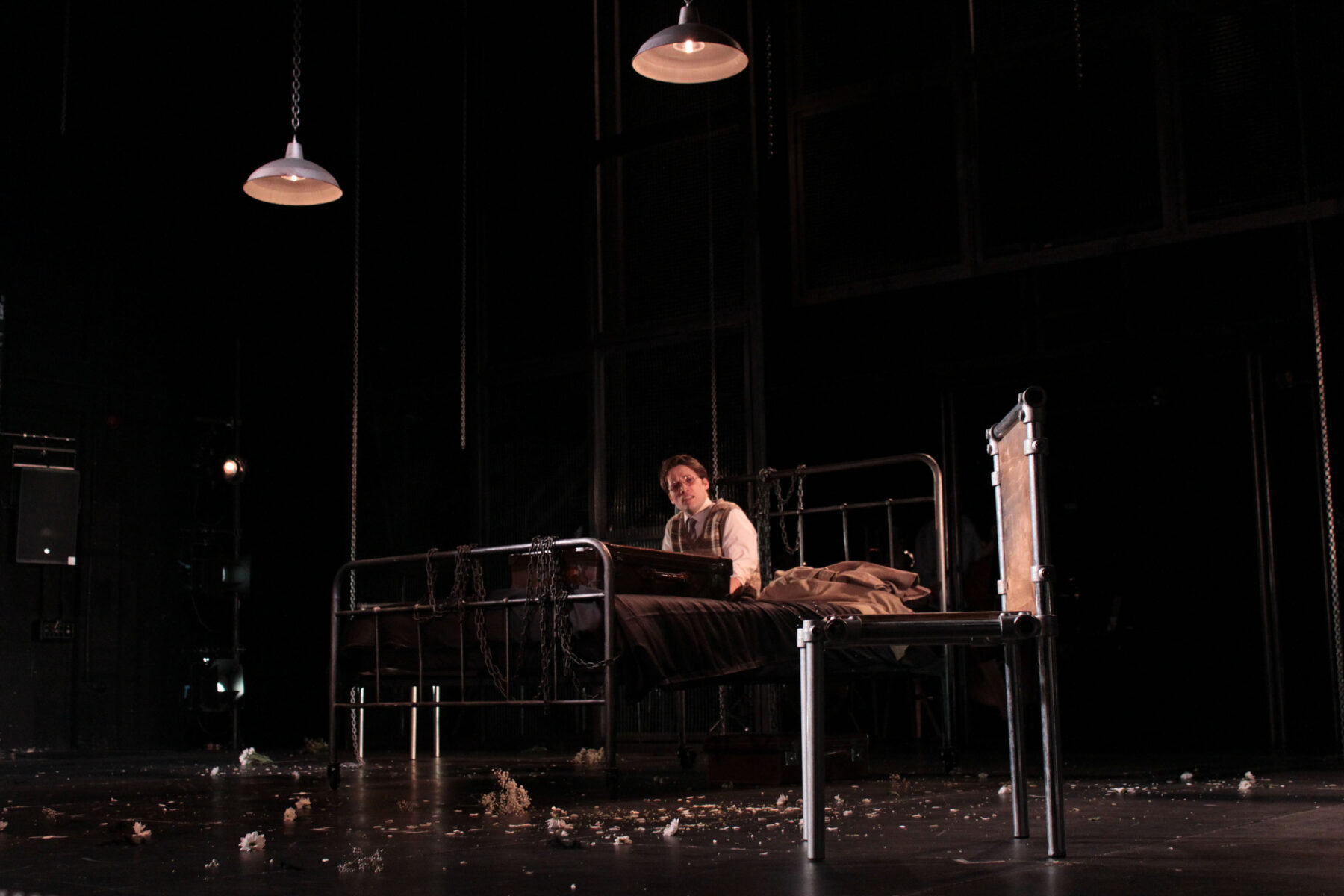 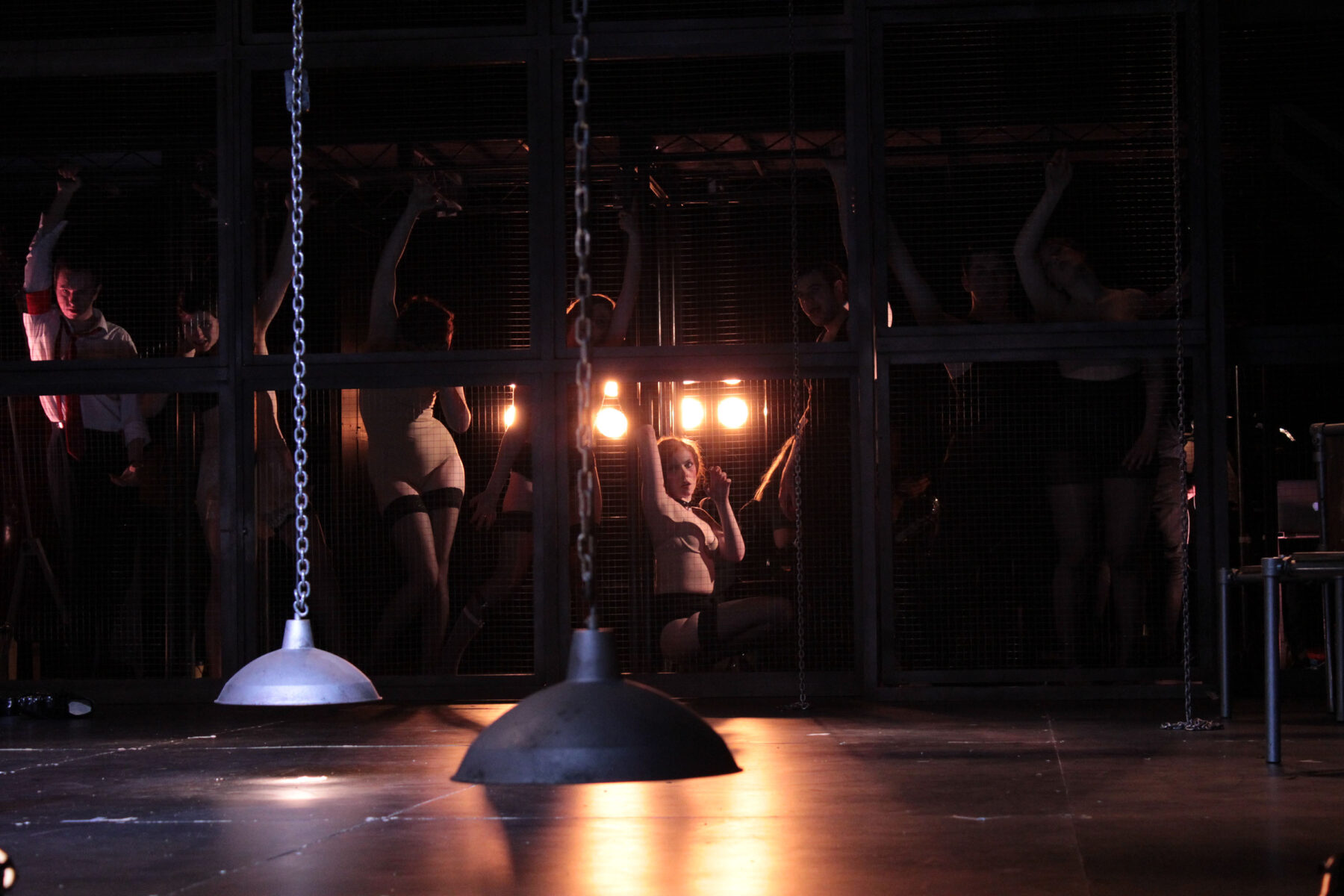 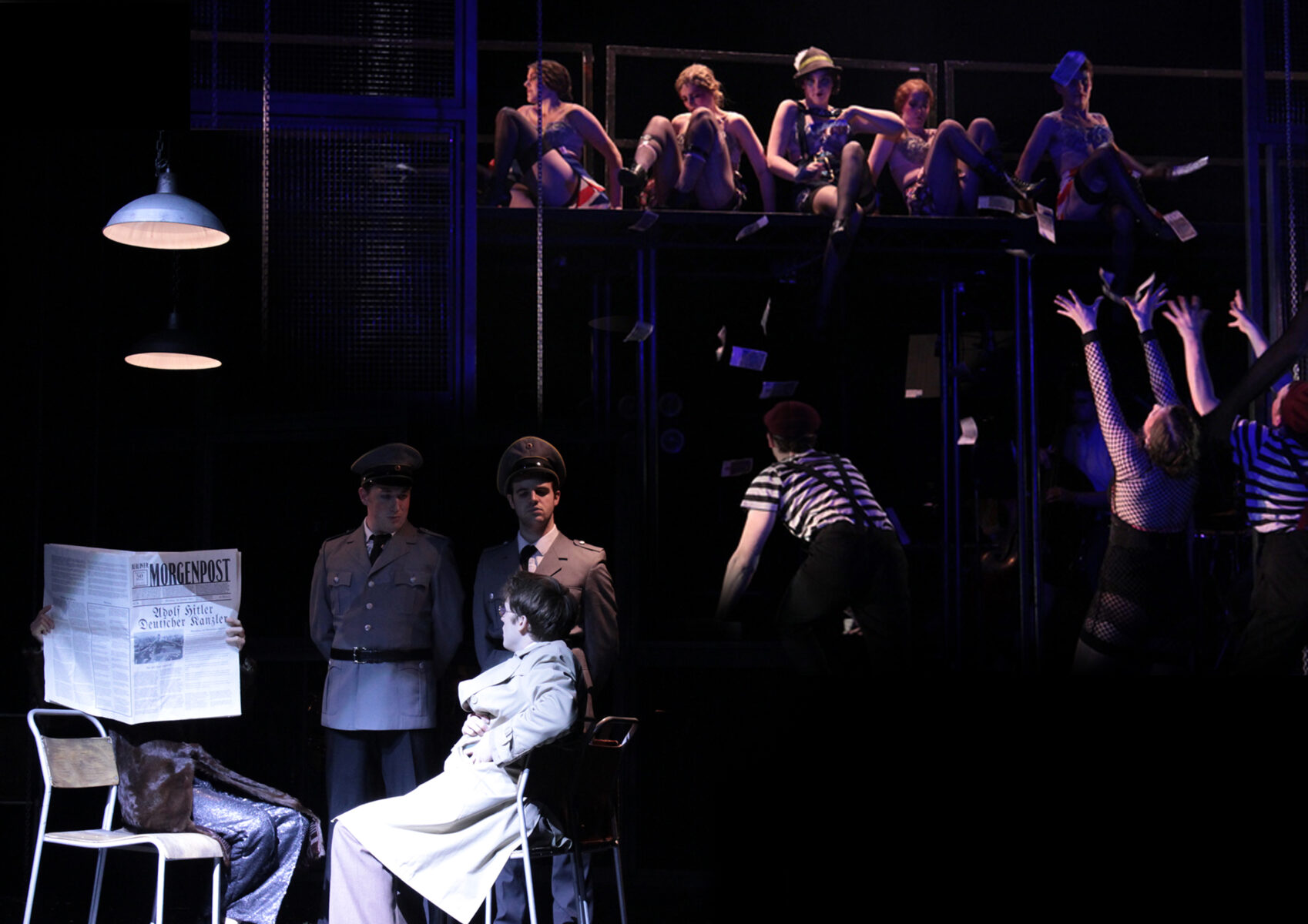 Set in Berlin 1920’s Cabaret takes us from its streets to its night clubs, as well as to its rooms and private spaces. The musical runs at a fast pace, changing locations at each scene. The first approach for the design was a functional one, focusing on movable partitions allowing the flow of the narrative. Residents of 1920’s Berlin perceived their home as one window within ‘gridded’ facades, industrial materials still in use.

The back grid reduces the stage depth allowing the orchestra to be seen through, before being revealed, giving way to the ‘chained’ bed. The front pivoting grid, in its horizontal position, leaves the streets and leads us to the private spaces and the Kit Kat club, allowing the lampshades, to penetrate through its holes, changing moods and location hints depending on their movements, following the rhythm of the narrative and the music.