Sophie designs for theatre and performance and won the overall Gold Medal at World Stage Design 2013. She is Co-Artistic Director and designer for performance company Seven Sisters Group, who are well known nationally and internationally for their site-specific work that incorporates new technologies into immersive experiences. Her work was selected to represent the UK at the Prague Quadrennial in 1999, 2003, 2007 and 2011, and has been exhibited at the V&A Museum and internationally.

In parallel with her creative practice Sophie is committed to supporting, exploring and furthering the role of the performance designer in the visual arts; an aim that she pursues through involvement in organisations such as the Society of British Theatre Designers, Prague Quadrennial 2019 and Linbury Prize for Stage Design, as well as engagement in academic research and lecturing. 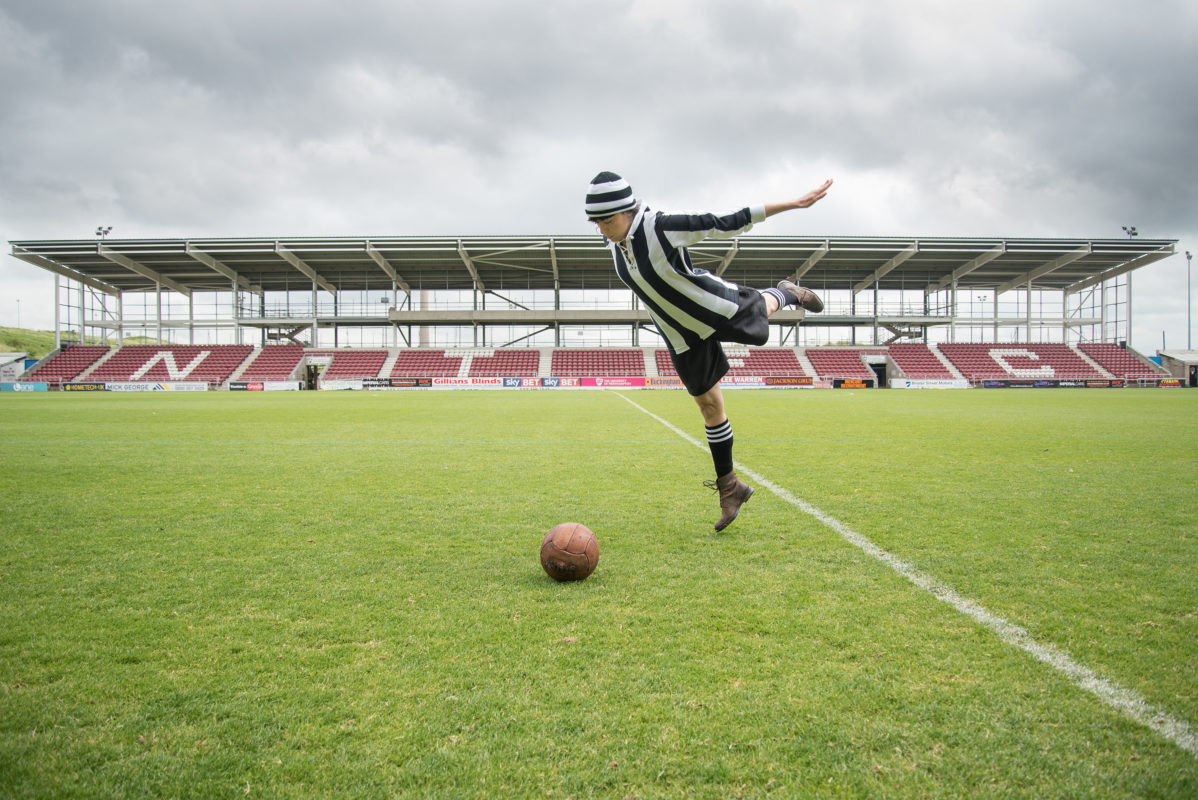 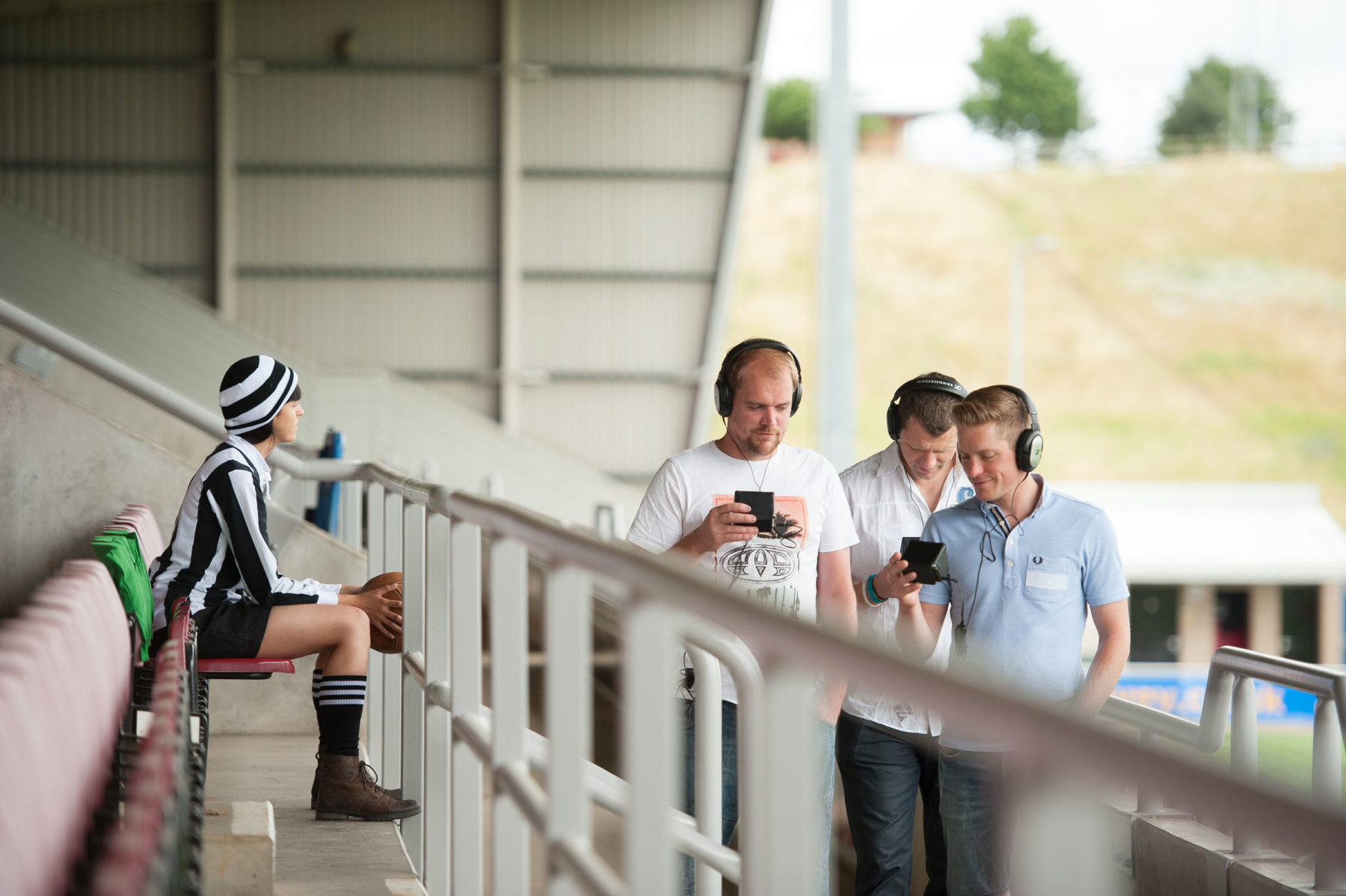 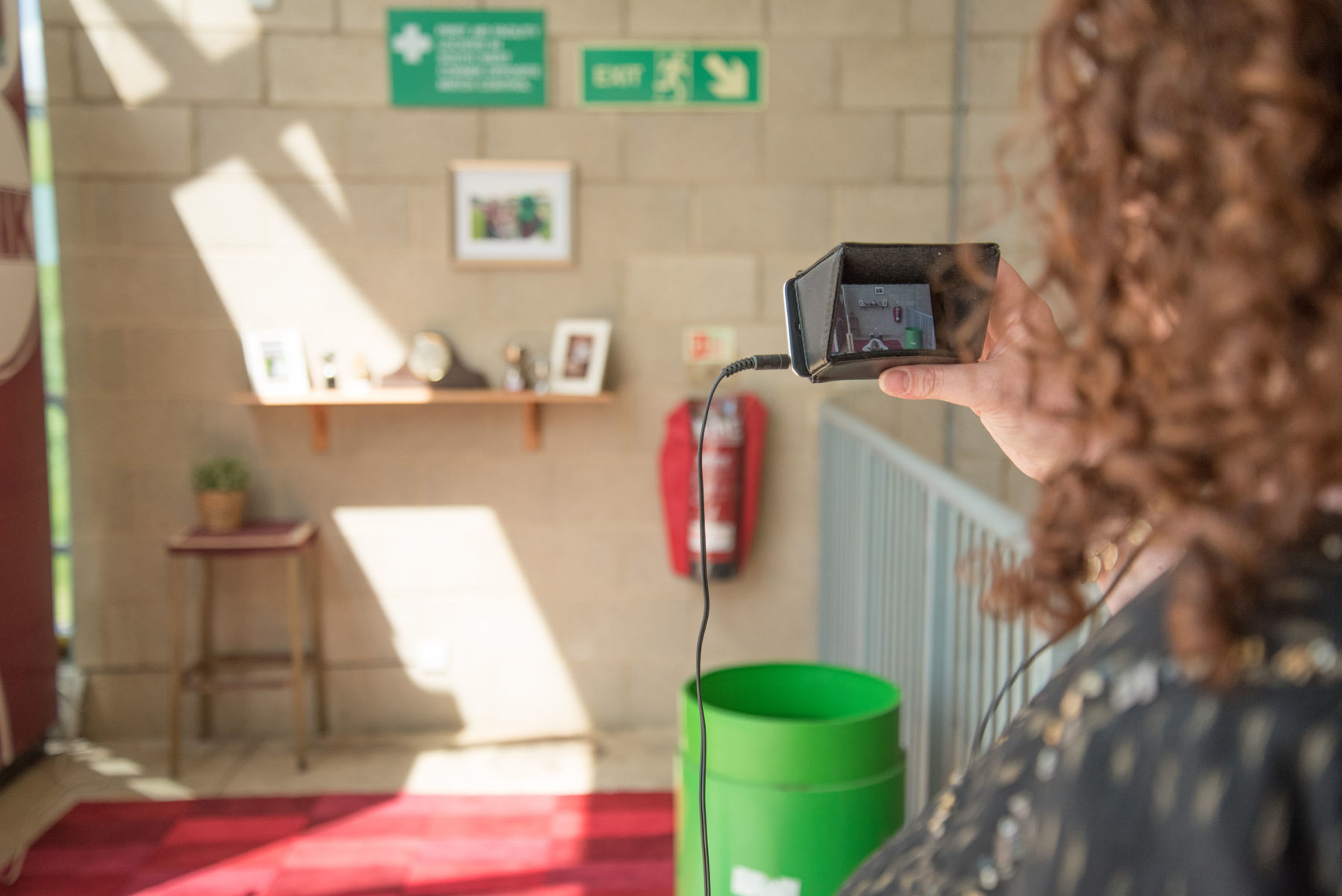 Created specifically for the setting of Sixfields Stadium, Northampton, The Twelfth Player invited audiences to view the passionate world of football through the eyes of three generations of football fans. From the pitch to the changing rooms, from the kit room to the tunnel, Sixfields Stadium and the memories and stories it holds were revealed through a seamless integration of live performance and handheld video technology.

As co-directors Susanne Thomas and I work closely together as we create and shape the work from an initial idea to the final performance. This means that the scenography and direction are completely interwoven.

Unlike many of the sites where we have worked over the last 25 years, the stadium seemed lifeless until its purpose was revealed during a football match. Perhaps for this reason we took the decision to bring elements of a family home into the stadium in the form of small installations.