Richard is a set and costume designer working throughout the UK and internationally, designing drama, musical theatre, opera and dance. His work includes the West End Premieres of Seussical and Guess How Much I Love You, has been nominated for the Broadway World Awards (Addams Family, 2014) and Off West End Awards (Merchant Of Venice, 2013). In 2018 he was shortlisted for the Sunday Herald Scottish Culture Design Award. 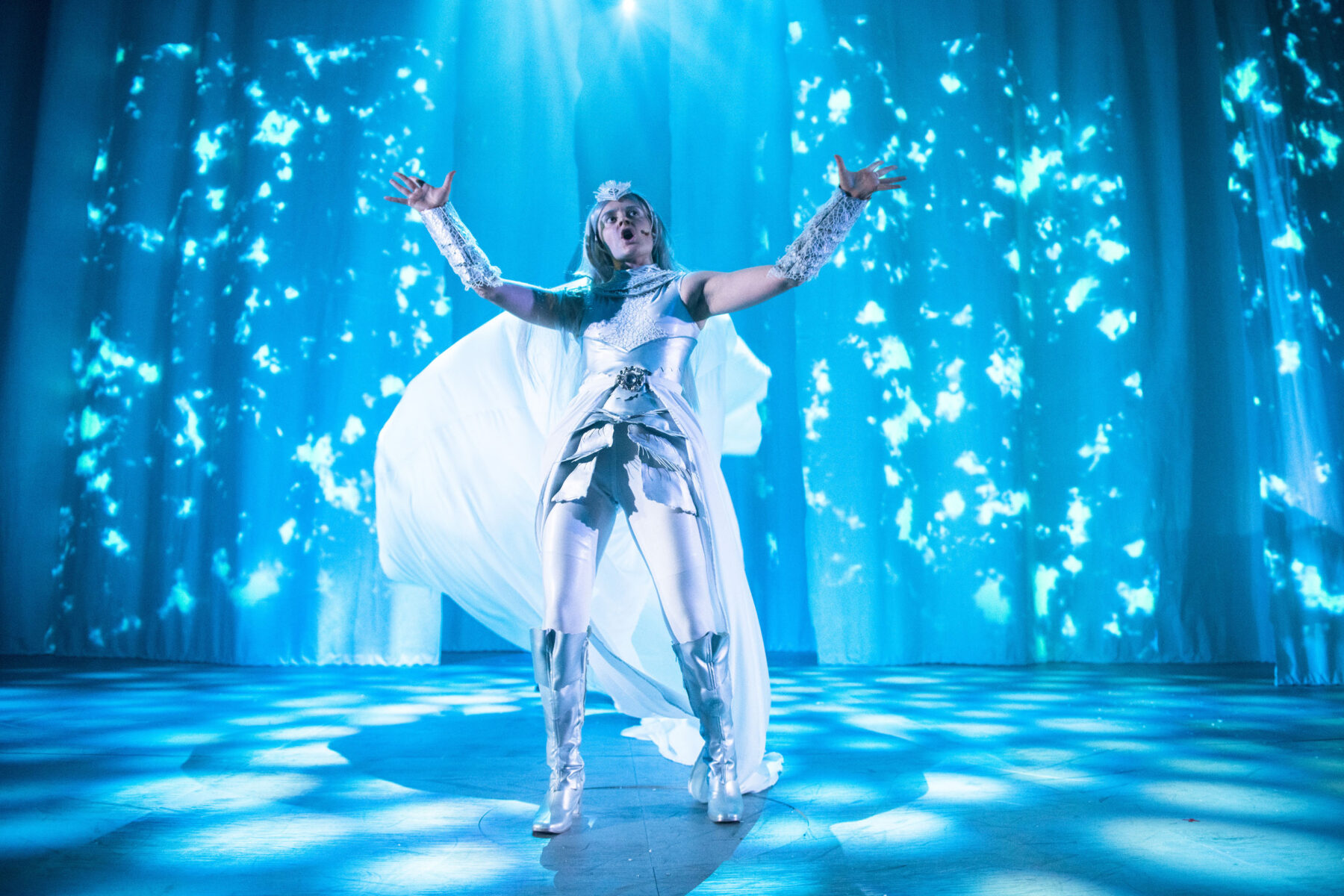 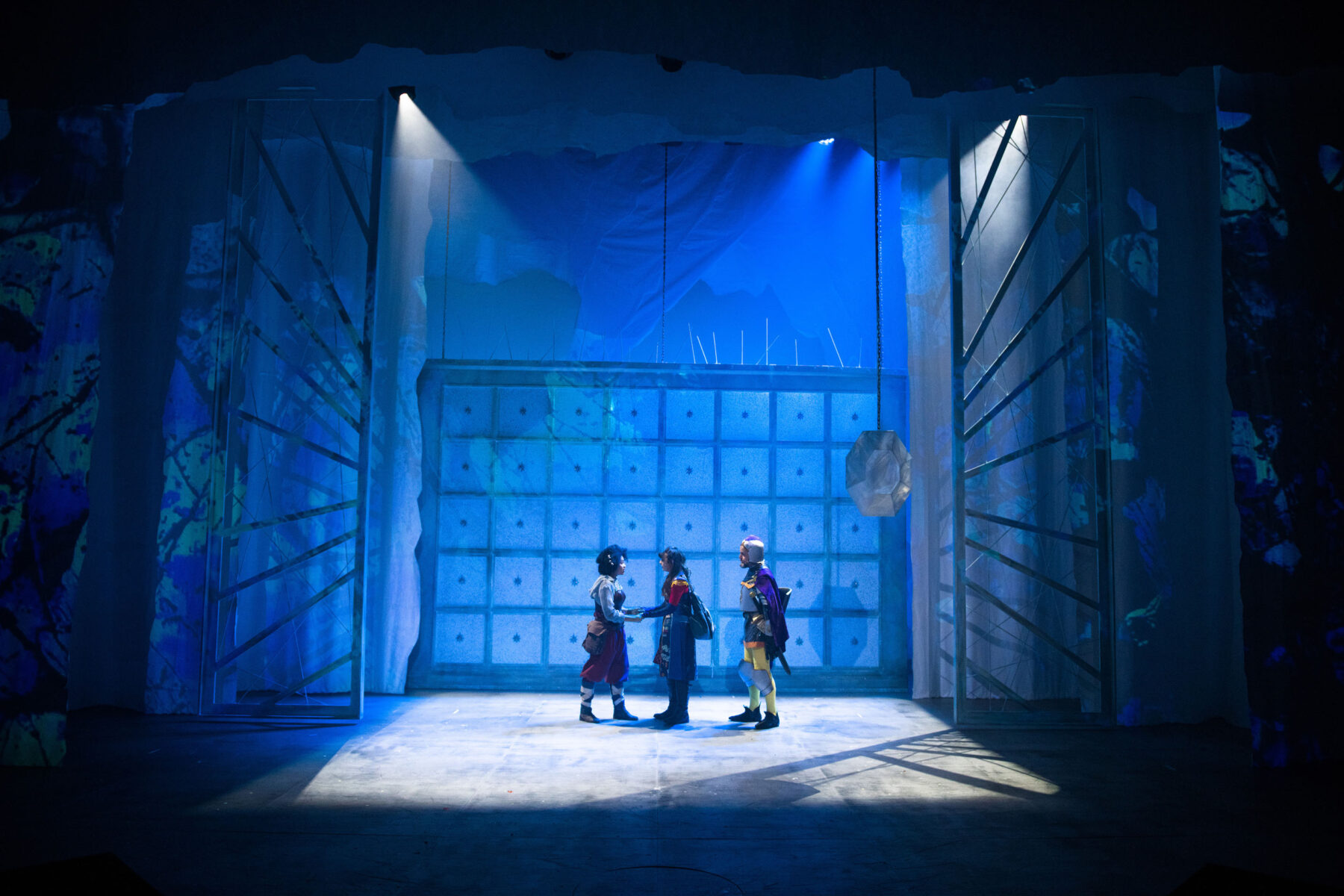 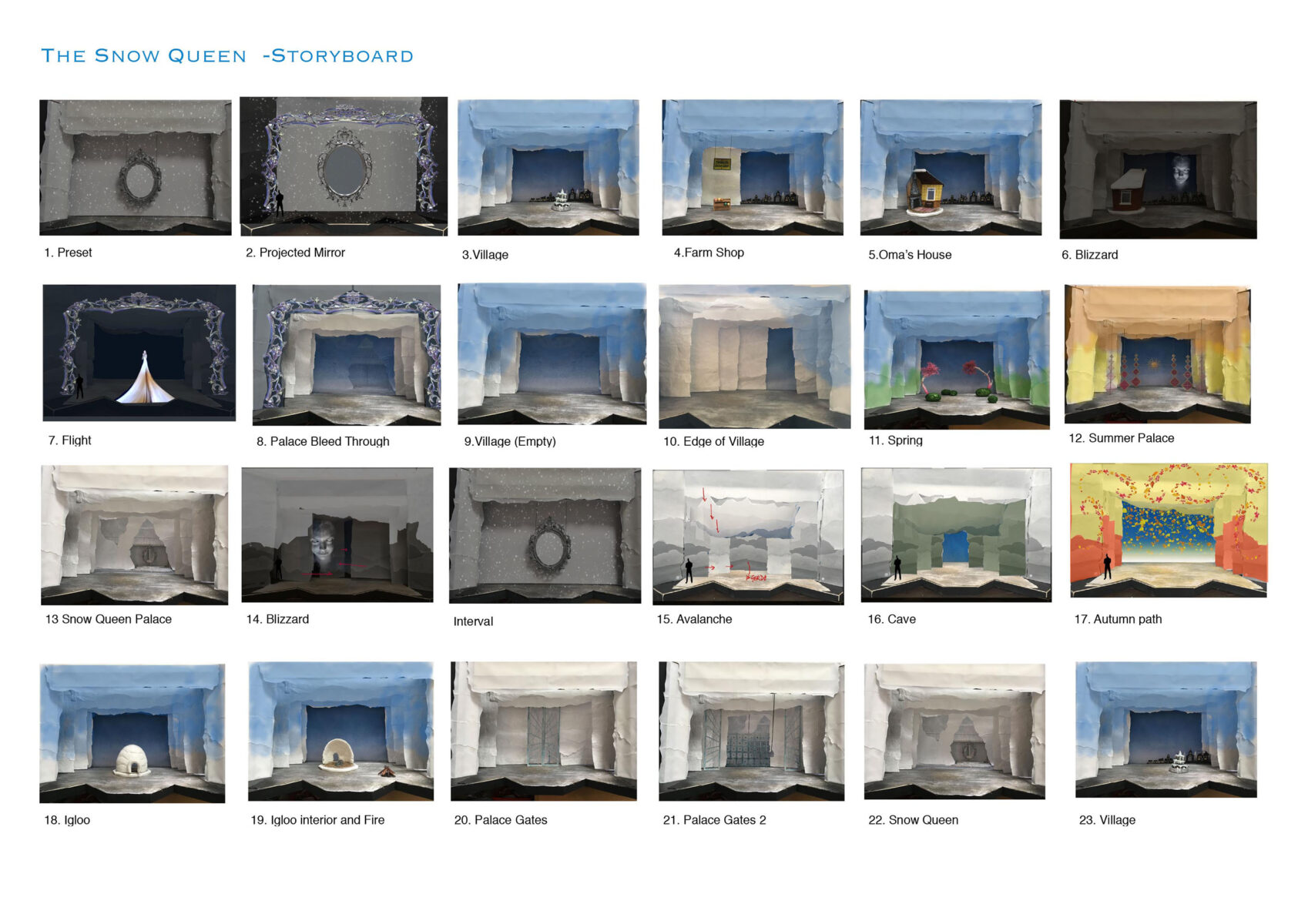 THE SNOW QUEEN was a co-commission by Dundee Rep and the Citizens Theatre for Noisemaker to create a revamped and reimagined telling of Hans Cristian Andersons’ classic winter fable. With an epic original score, spellbinding storytelling, and a pinch of Christmas magic, we wove together traditional Scottish storytelling with the tales and characters of our Scandinavian neighbours across the sea.

More than any other production I have designed, set, costume, lighting and AV design worked in a seamless collaboration together to create the 3-dimensional world of the story. We used a series of three enormous moving ice sheets (made from multi-layered Tyvek) as portals and smaller flown pieces and trucks to create an ever-changing wold as Gerda heads off on a journey of self-discovery. While the costumes were inspired by the shapes of traditional Scandinavian clothing re-imagined with modern Scottish fabrics.