Foxton has designed over 200 productions for theatres and companies throughout the country including The Crucible, Oh What a Lovely War Bolton Octagon; Chicago, Blonde Bombshells of 1943 Oldham Coliseum; Maggie May, Noises off  Liverpool Royal Court; Neville’s Island, All my Sons York Theatre Royal; Aladdin, The Rise and fall of Little Voice Harrogate Theatre; Toast Hull Truck. 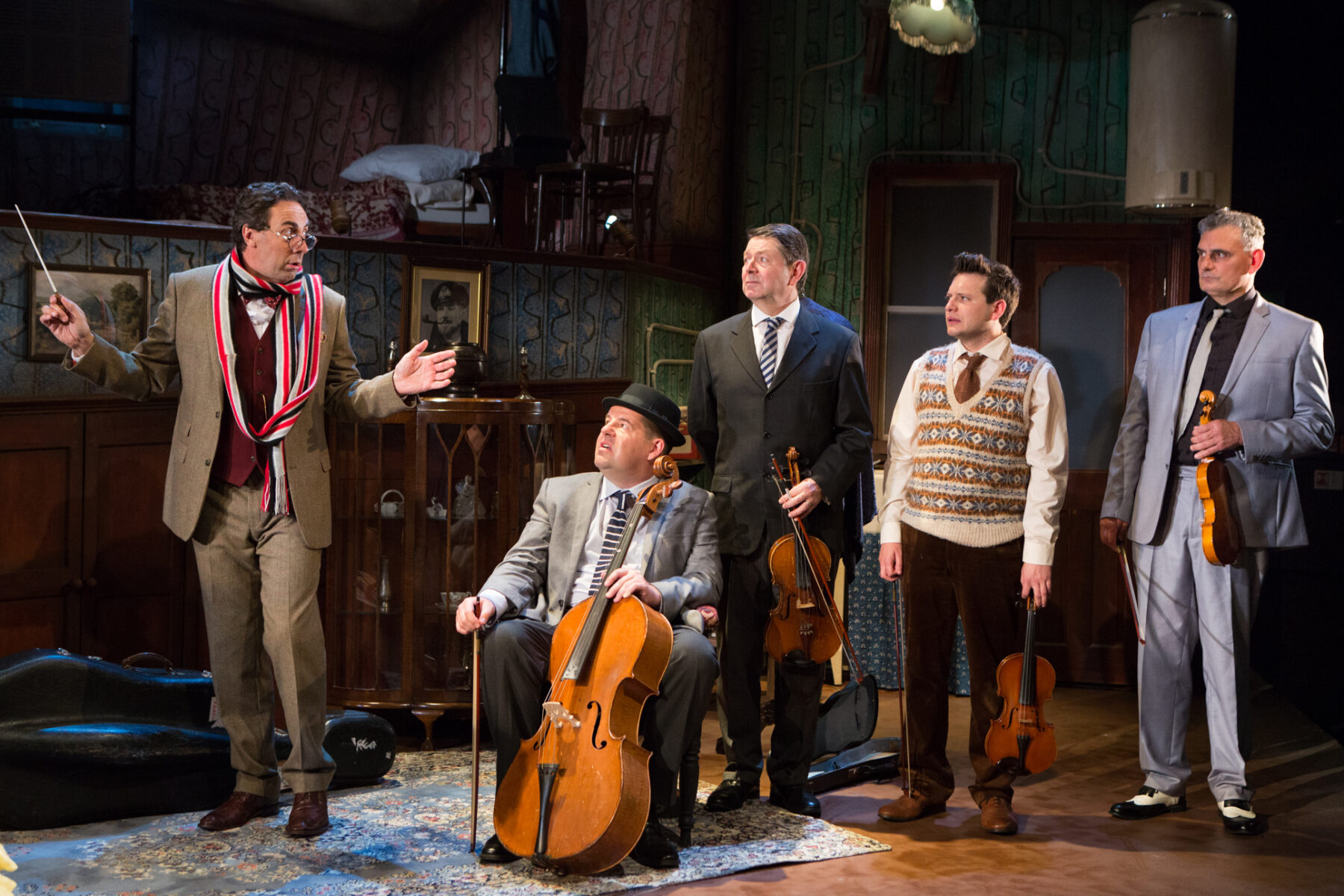 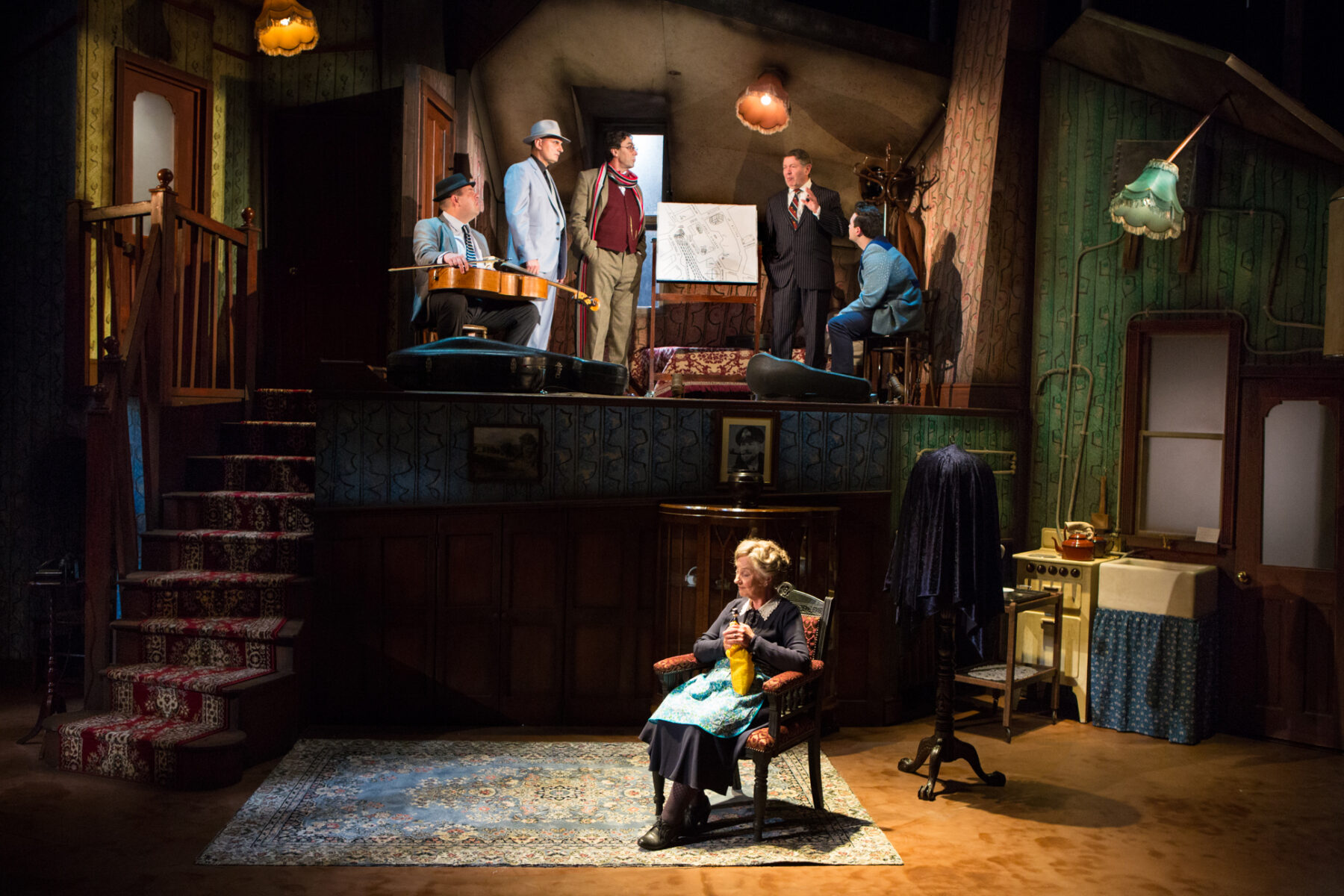 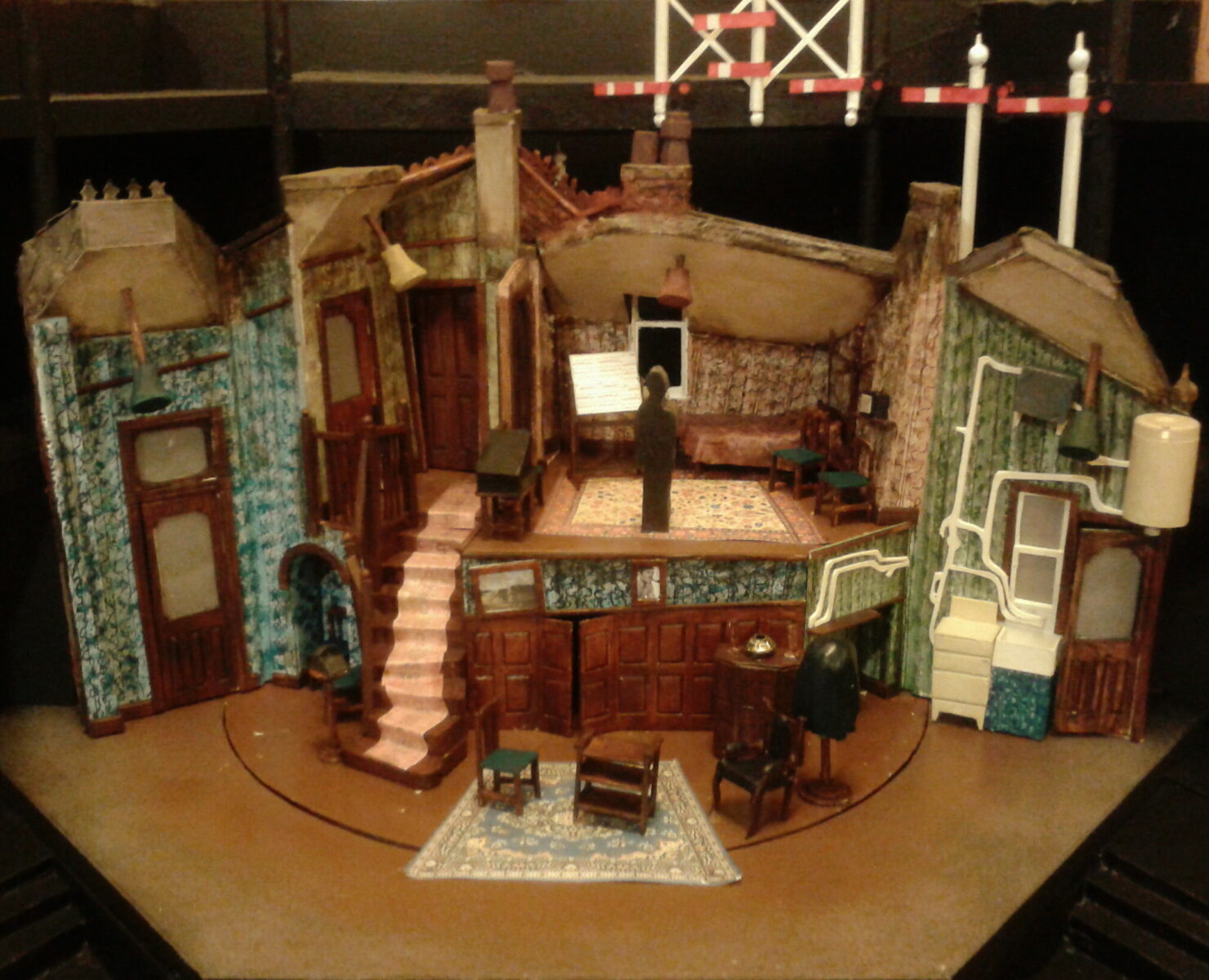 The stage adaptation of The Ladykillers utlised a revolve on which I created the whole of Mrs Wilberforce’s house which folded out as it revolved. This also included a billboard style map of the robbery in the story which was played out with mechanical tinplate clockwork toy style 3D animation to a stylised cartoon soundtrack.

There was also the railway line beyond including a signal which the Professor hung from by his scarf before his final demise on the railway line. I was inspired by Ronald Searle’s spidery cartoon style – the detail/wallpaper patterns were all drawn freehand onto the set.