Nicky is an international set and costume designer. She trained at West Sussex & West Surrey Colleges of Art & Design and works mainly in opera. 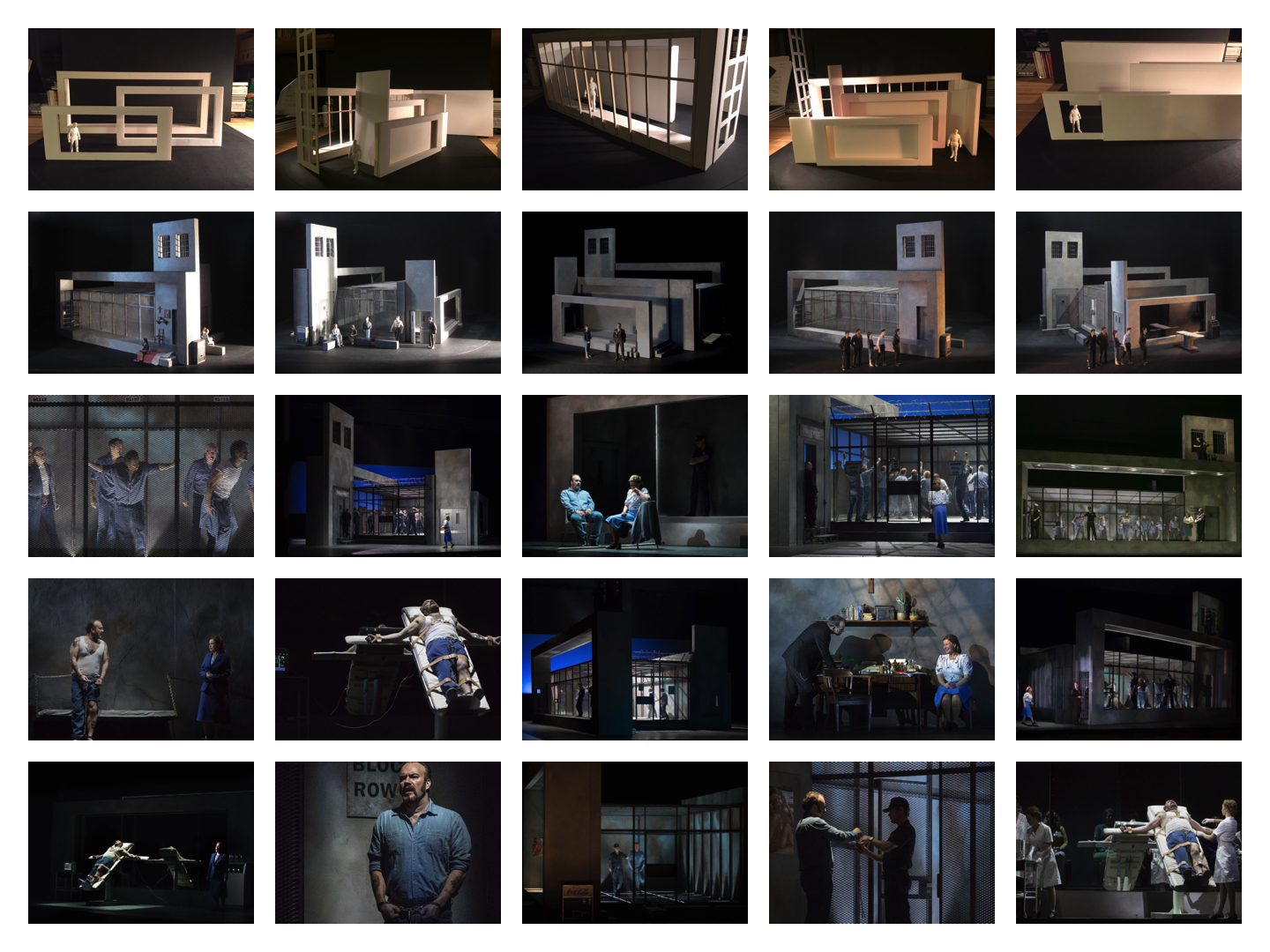 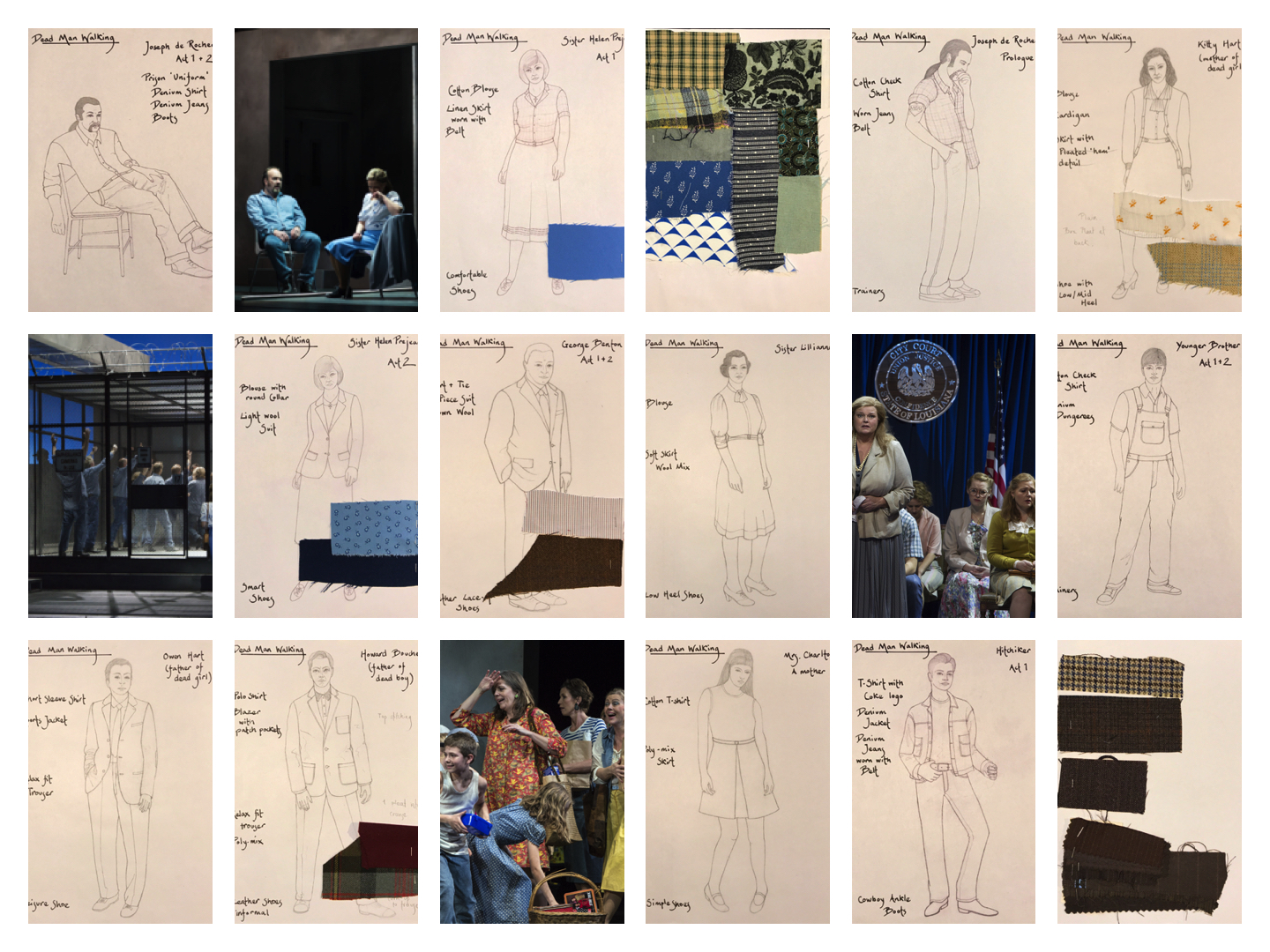 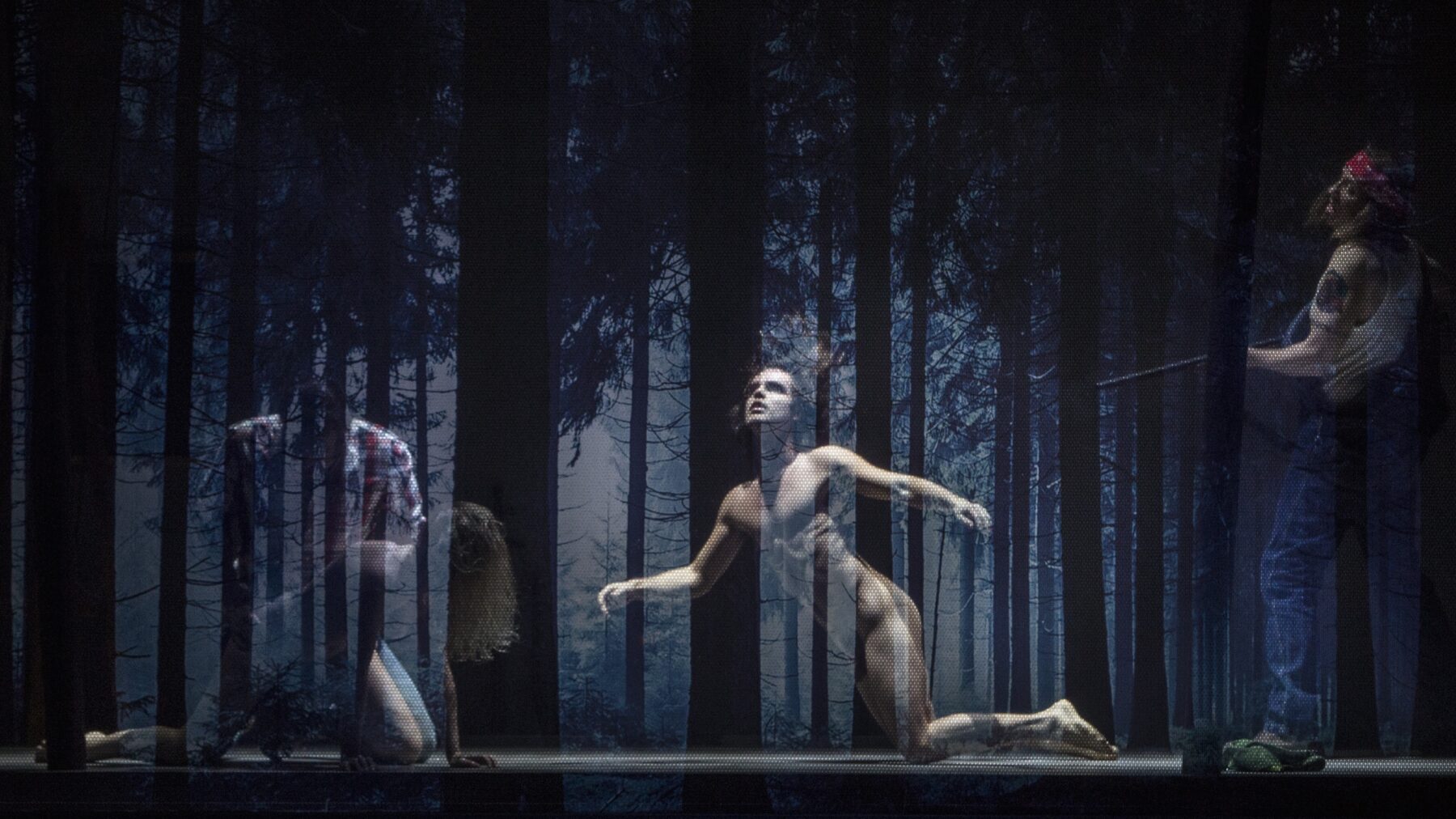 Dead Man Walking is a deeply moving modern opera based on the novel by Sister Helen Prejean, a leading advocate for the abolition of the death penalty. Made famous by the film of the same name, it is the story of a man on Death Row in 1980’s America. Composed by Jake Heggie, this was a new production for Royal Danish Opera. Their commission being for a ‘straight’ take on the story to be set where written and not abstracted to other contexts.

The opera’s specific challenge being it is set in a multitude of different settings with tens of different scenes, often moving quickly between them. We decided on using a revolve to aid the literal journey through the piece, on which I devised a large sculptural structure that could be performed in font of, from within different spaces and moved through, both whilst turning and stationary.