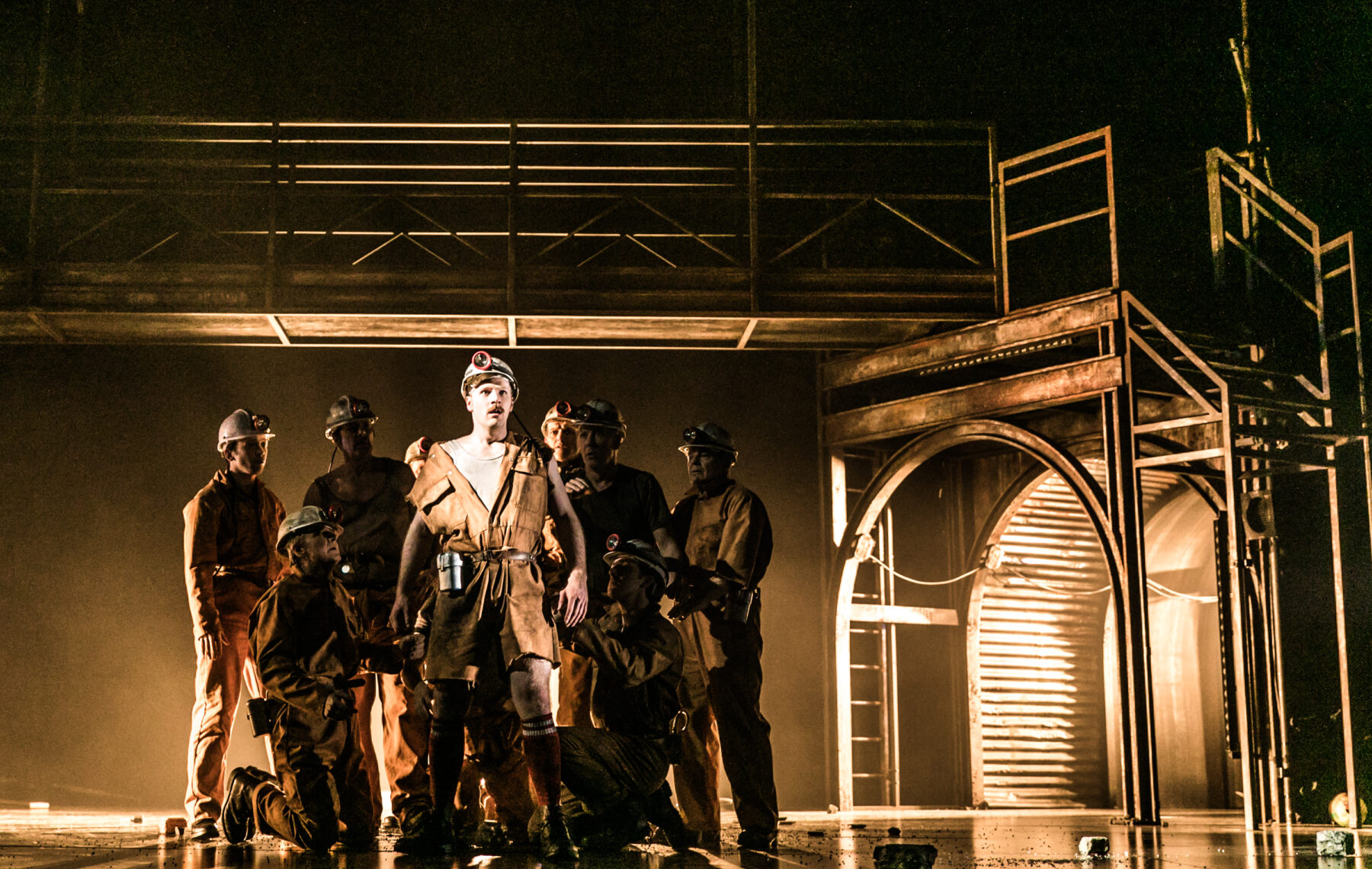 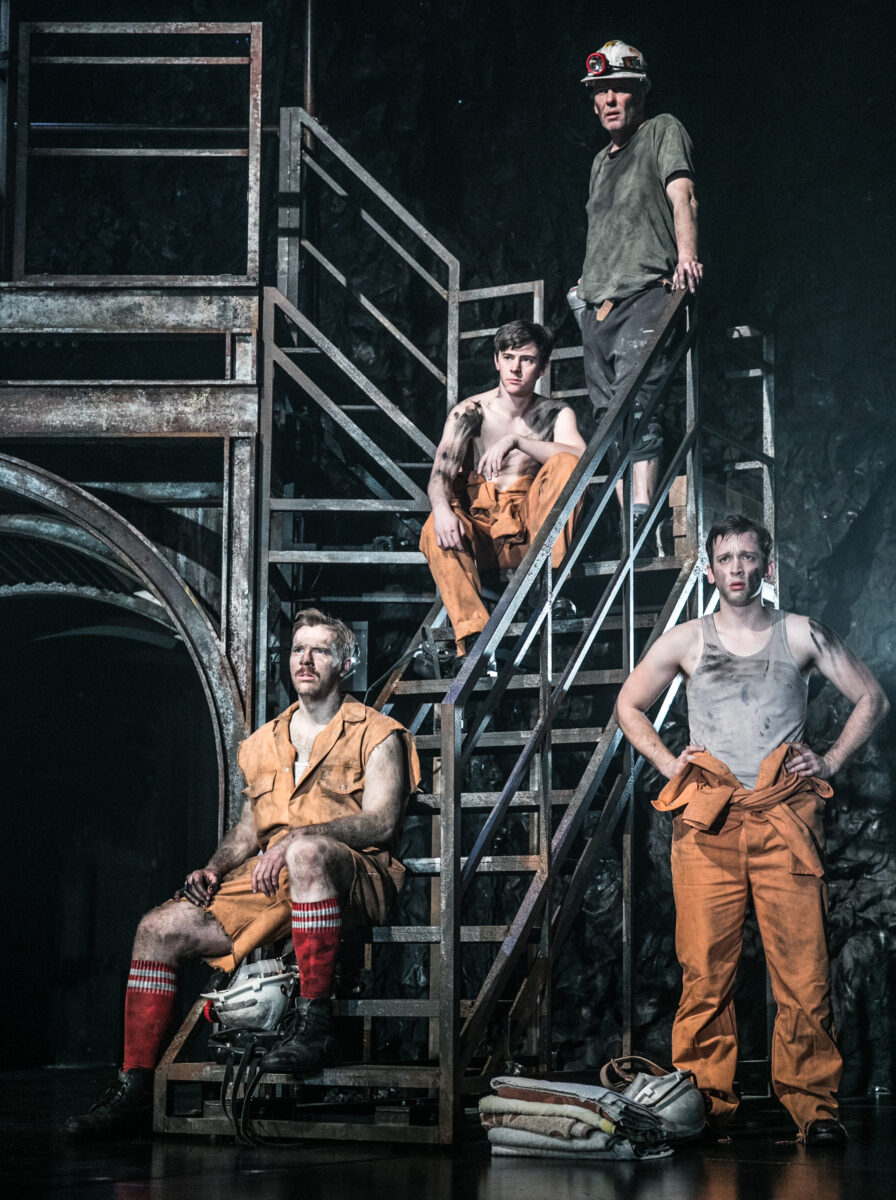 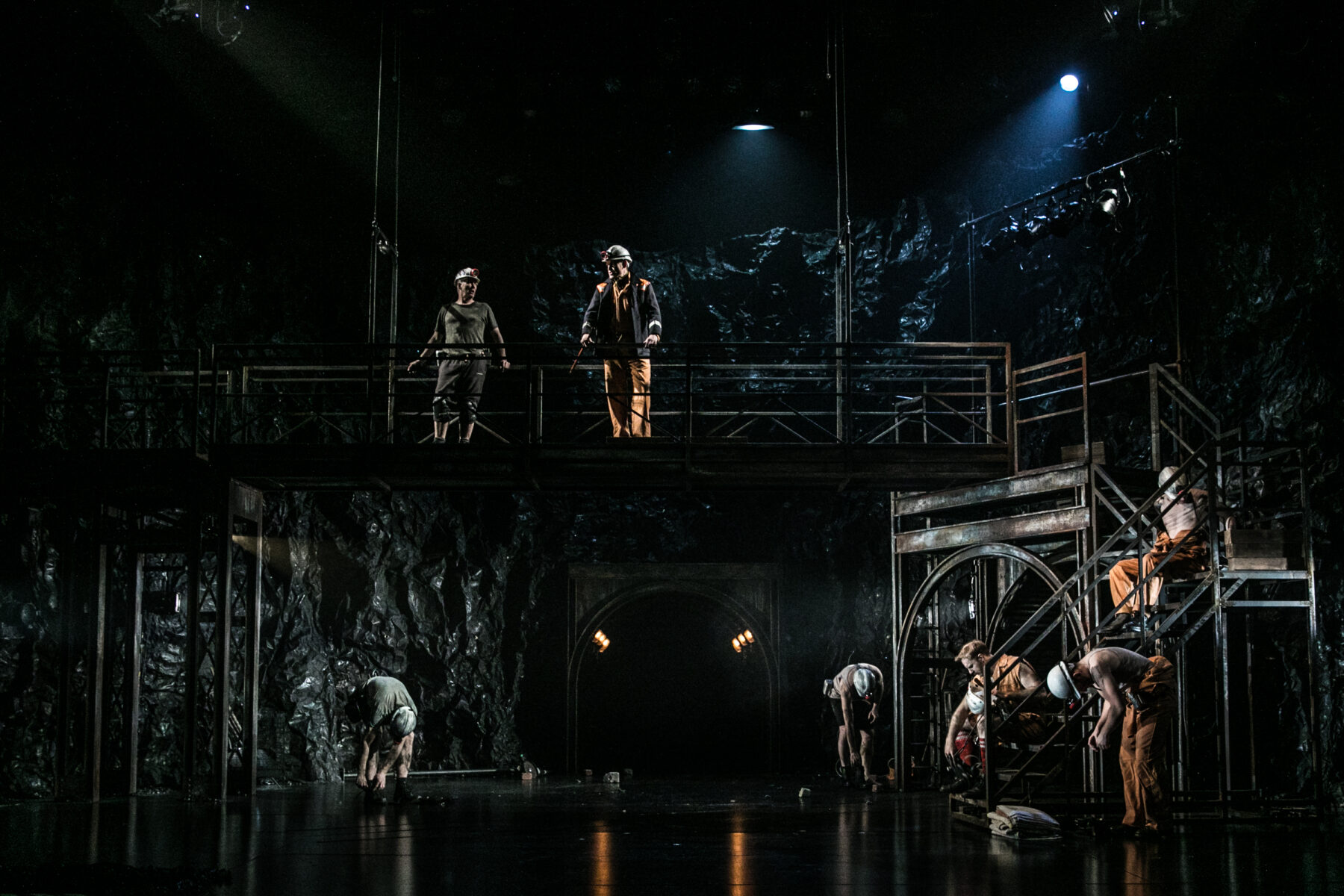 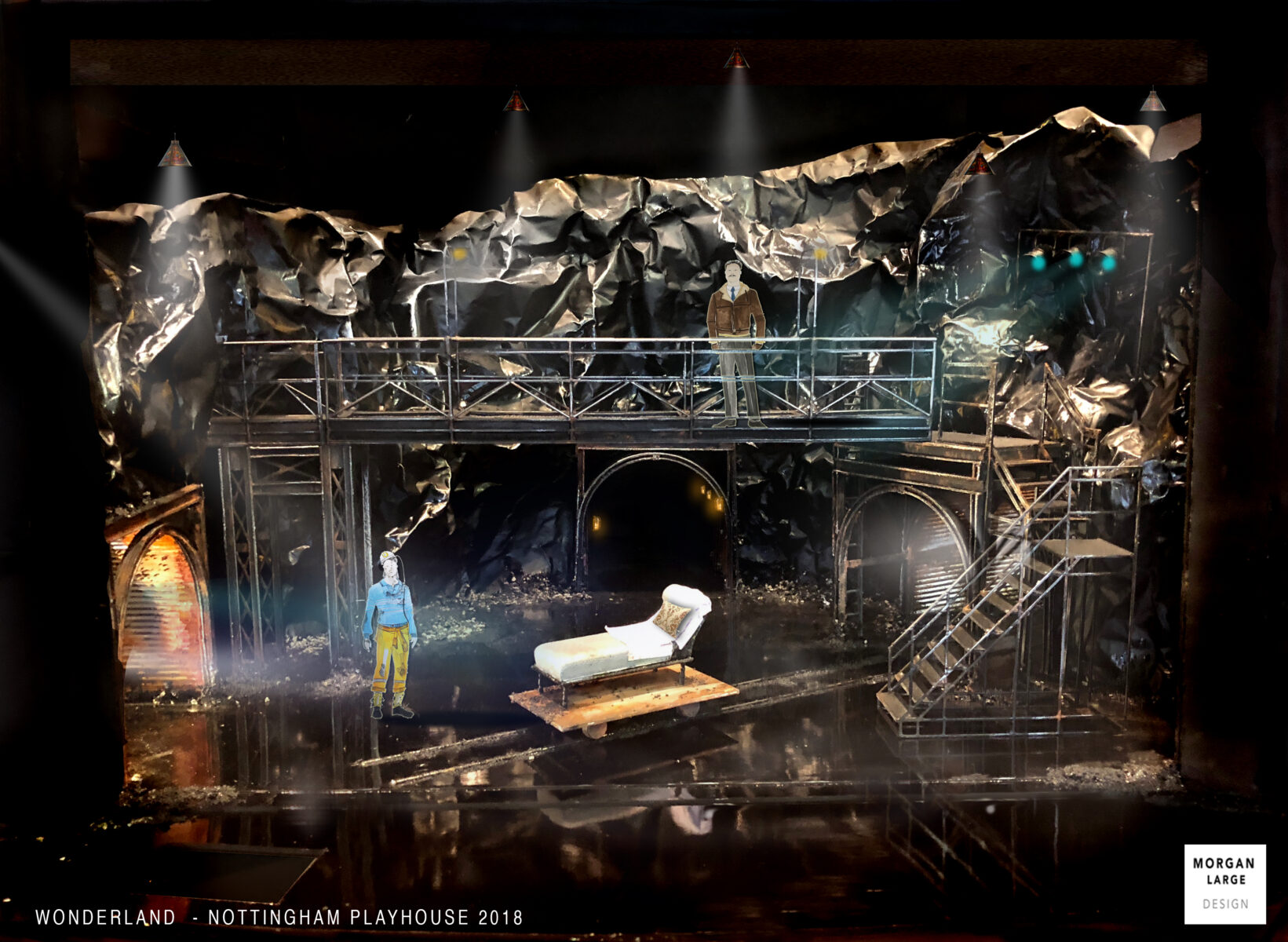 It was my task to present a world onstage that few have visited first hand. We took the audience of The Nottingham Playhouse hundreds of meters beneath the surface of the Earth and introduced them to the dangerous, suffocating environment of a working coal face.

We used a fabric that we found and sourced in the Netherlands to create the coal face. No one on the team had used this material before, so right up until the installation of the set we had no idea if it was going to work. It took an army of dedicated set builders and painters to create the huge sub structure that we attached the crumpled fabric to. It’s only millimetres thin, but looks like a solid rock face to an audience.

The design won the 2018 UK Theatre Award for Best Design.

“ON WONDERLAND, BETH STEEL’S PLAY IS BASED ON TRUE STORIES ALL FROM THE NOT TOO DISTANT PAST. WE WERE ALSO BRINGING THIS PIECE BACK TO THE MINING COMMUNITIES OF NOTTINGHAMSHIRE WHO LIVED THROUGH THESE TRAGIC EVENTS, SO I FELT IT TO BE MY DUTY TO TRY AND PORTRAY THESE PEOPLE AS HONESTLY AS WE POSSIBLY COULD.”