Megan Baker has worked in the industry for over 20 years for many theatres – Theatre Royal Stratford East, London’s West End and the Globe Theatre.

Megan is also the Programme Director for the highly acclaimed BA (hons) and MFA programmes in Performance Costume at Edinburgh College of Art at the University of Edinburgh. 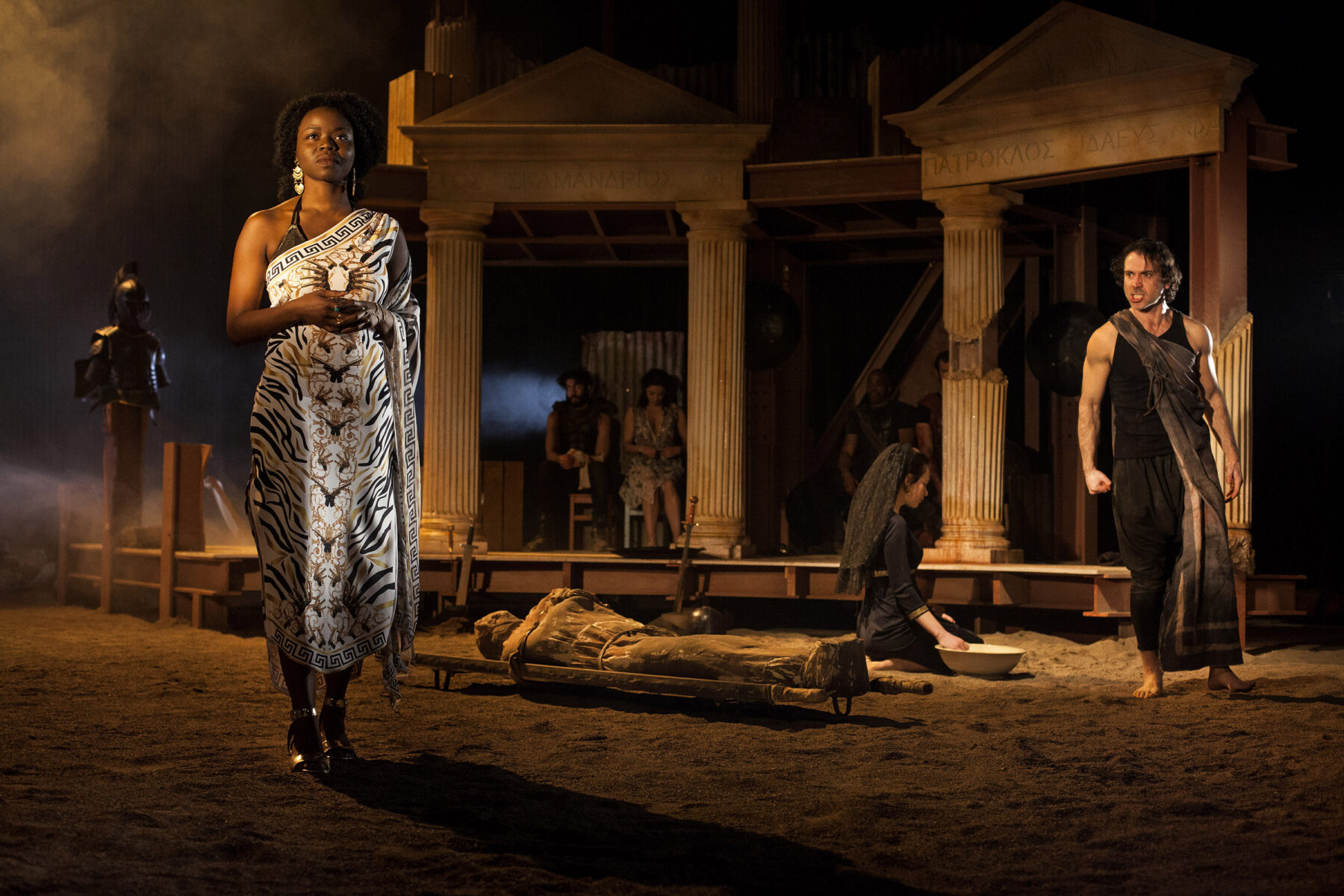 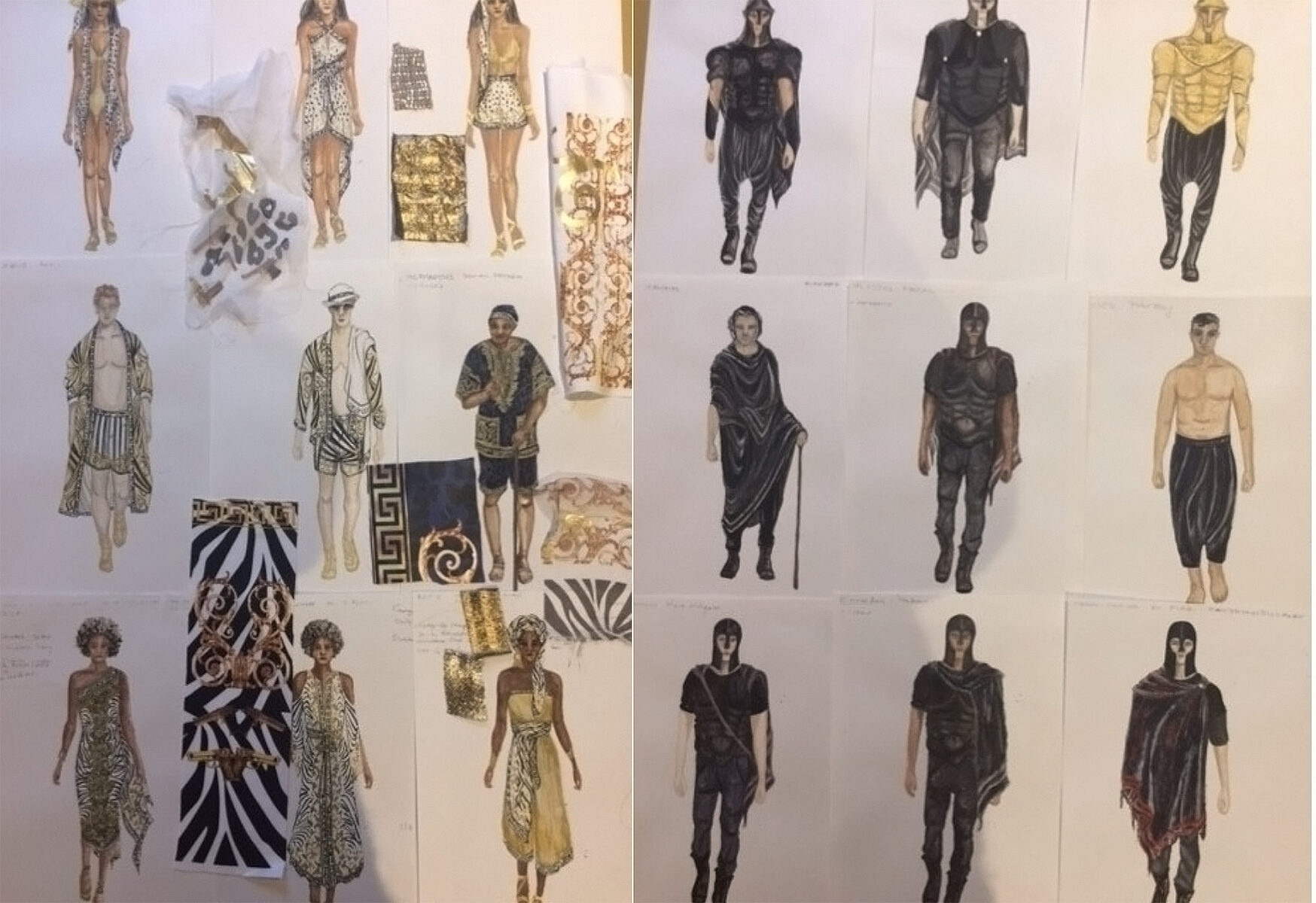 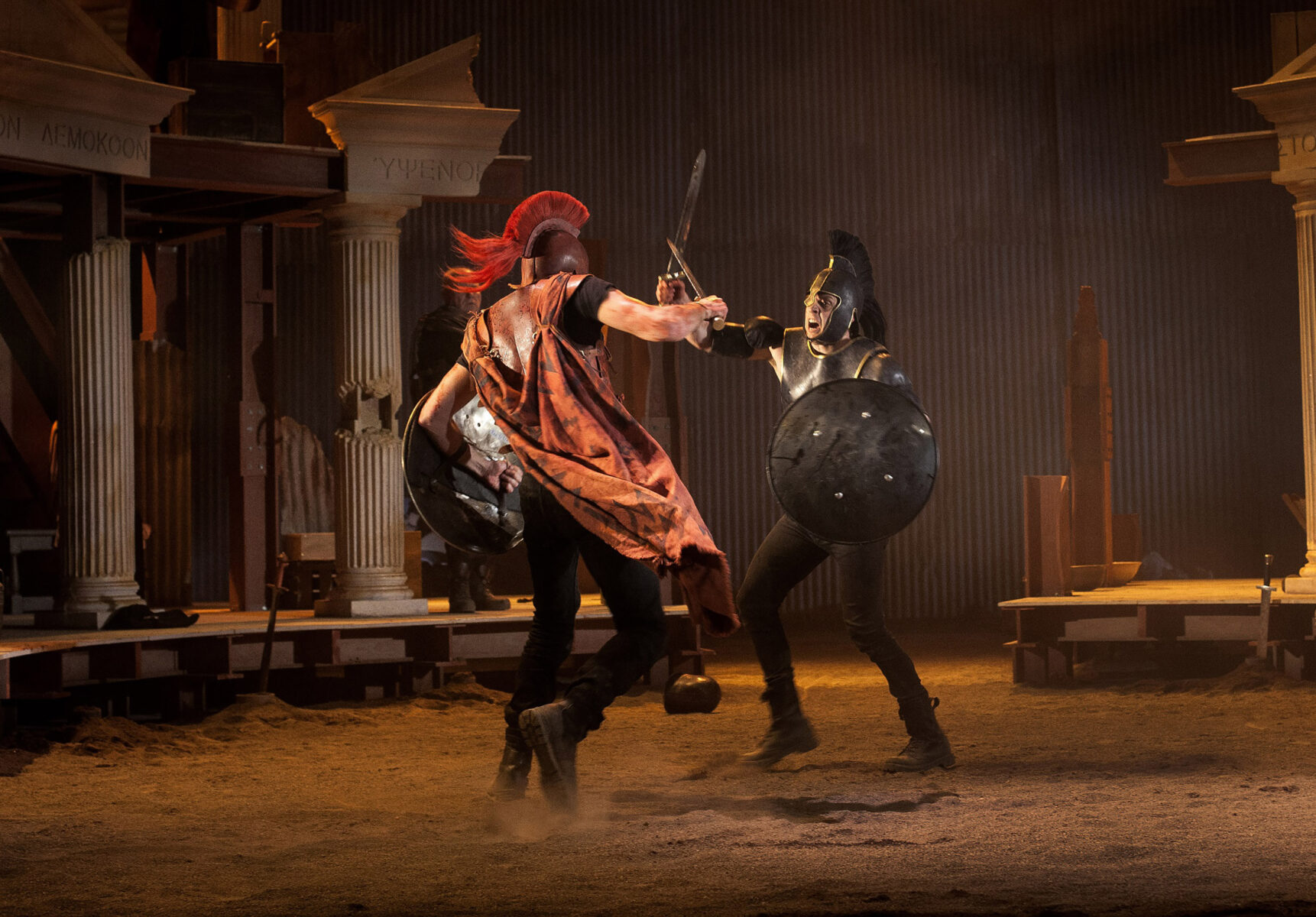 Realizing and creating a visual language for Chris Hannan’s version of the Iliad meant engaging with its spirit of intellectual and political adventure with its retention of classical feel but with a text studded with conscious anachronisms to jolt the contemporary audience out of period piece languor to present day urgency.

Merging original Greek clothing and fusing it with the contemporary led to a world created through costume that was neither contemporary nor historical, but a theatrical and aesthetic expression that sought to engage the audience with visual provocations to support the political and social interests of Chris’ Iliad. Traditional Trojan and Greek cloaks were dyed and stencilled for warriors to create a worn bloodied base, moulded leather armour worn with jeans and combat trousers. The Gods’ fabrics were printed using gun motifs with the traditional Greek key design, a world that was obviously theatrical but that bound the past into the present for an audience today.