Mayou Trikerioti has been working predominantly in Greece and the UK. She has designed at Greece’s major theatres and festivals including the National Theatre in Athens and the Ancient theatre of Epidavros.

In the UK she has recently designed at the Garrick, the Young Vic, the Rose in Kingston and Leicester Curve. She works on all scales, grand and small, and her portfolio ranges from plays that enjoyed successful runs of two-three years to one-off, site-specific performances. She also enjoys working on community art projects that engage and/or workshop with the local youth and residents. 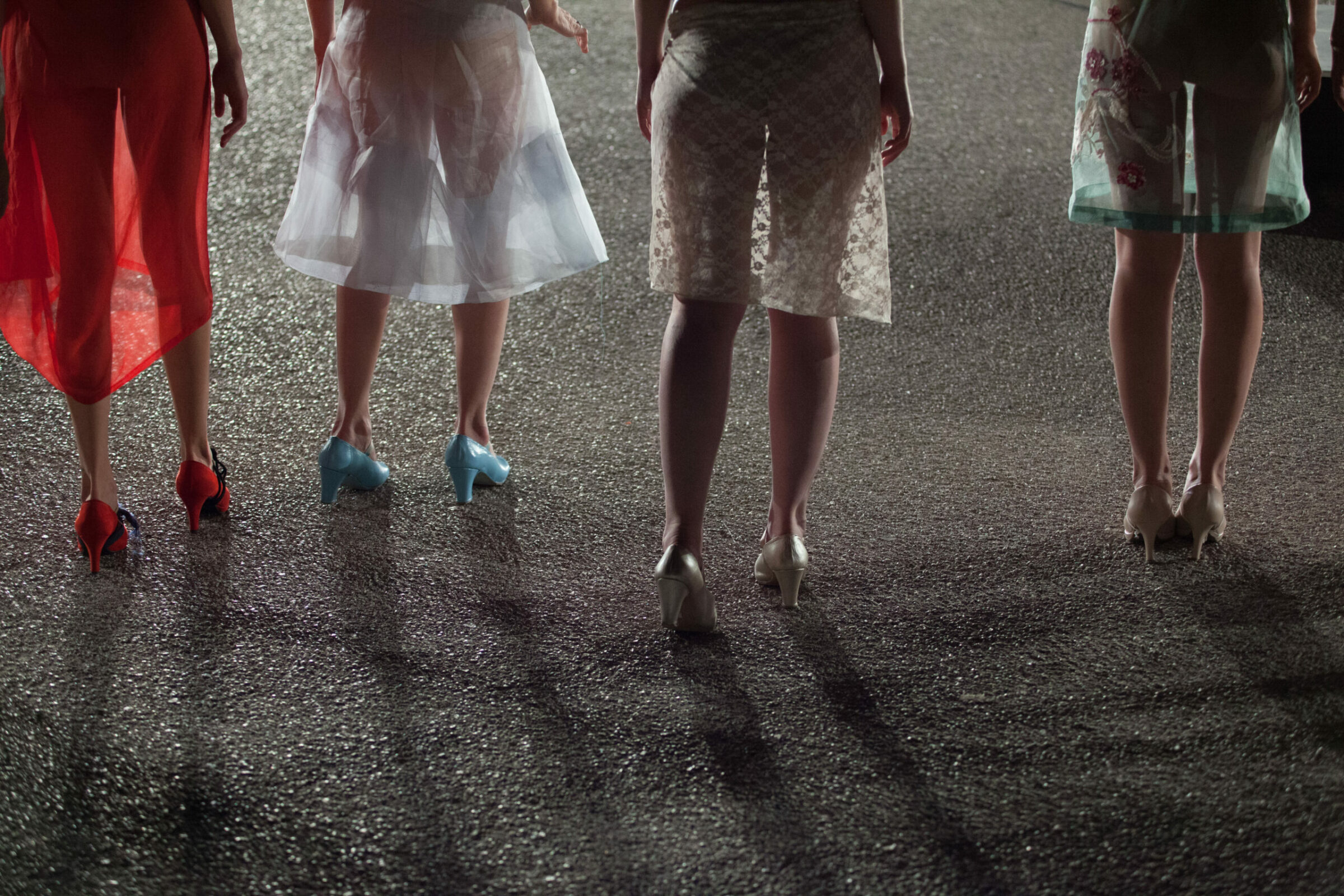 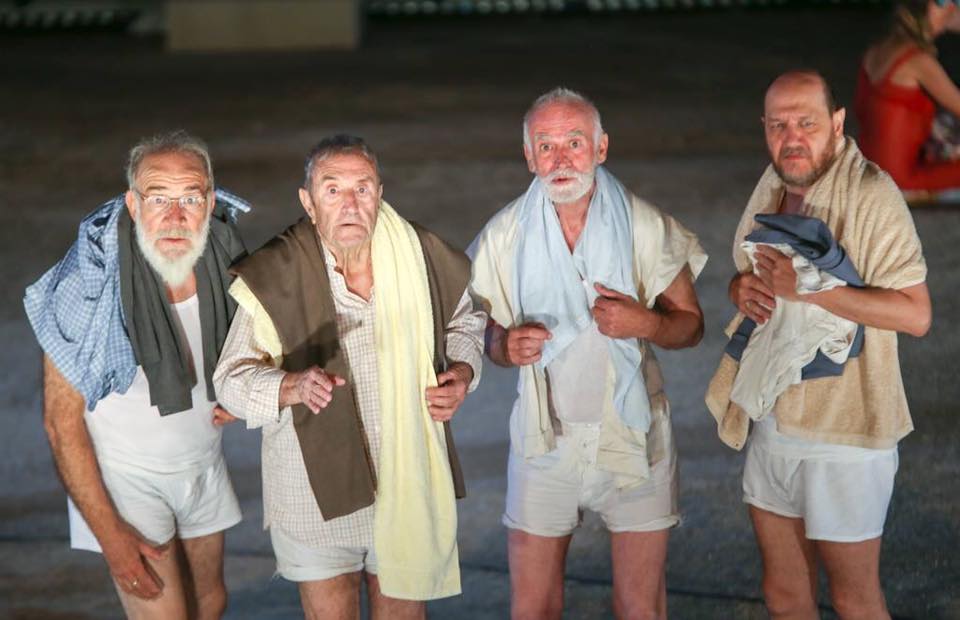 It was a very early decision for the women of Athens to be as nude as possible, following the reality of the play and not the convention of the Ancient Greek Comedy (men playing women, mostly with fake parts). I found myself having to forget everything I instinctively knew about clothing and costume design; a process started that meant embracing, loving the human form, starting from nude and slowly dressing each actor without covering or concealing their true form. At the same time it was very important that they should not be provocative or sexy in anyway.

Nudity should mean freedom and strength not be a provocation. A list was very quickly compiled on costume pieces that would be absolute ‘no-nos’ (namely things like sexy underwear, fishnets and suspenders). The costumes for Lysistrata were workshopped during a two month period, with the actors, in rehearsal. Still after the final costume design presentation, the costumes kept evolving, some even changing completely to new ones due to these workshops and how the characters evolved in the rehearsals.