In 2013, he was resident trainee designer at The Royal Shakespeare Company, working alongside the company and designers for a number of shows, including Henry IV starring Anthony Sher and Alex Hassel, and assisting Chris Oram for Wolf Hall. During that year he also designed two shows for the inaugural ‘Midsummer Mischief’ Festival at the new Other Place venue. That year he was also a finalist for the Linbury Prize for Stage Design, during which time he worked with the National Theatre of Scotland. He returned to RSC in 2018 designing their First Encounters tour of Julius Caesar, directed by Marieke Audsley.

EVEN STILLNESS BREATHES SLOWLY AGAINST A BRICK WALL 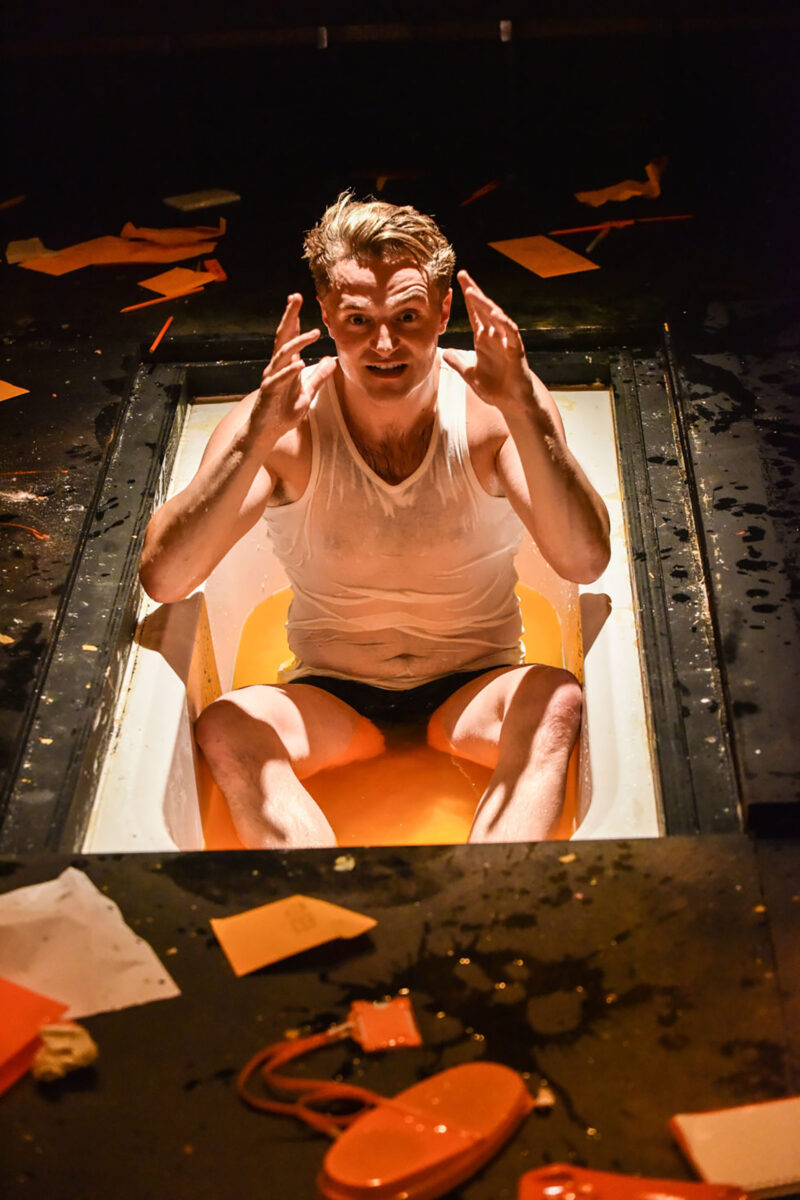 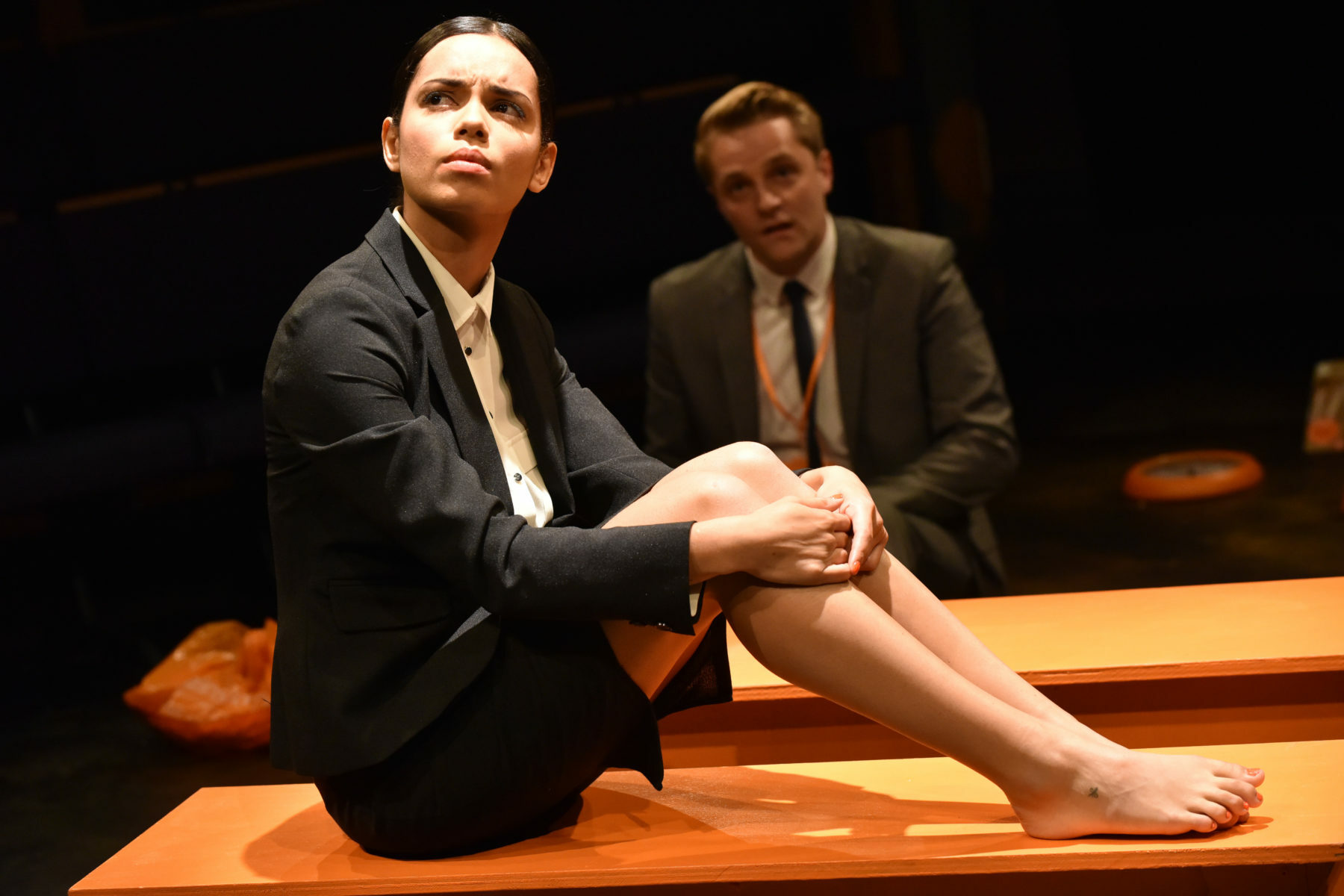 As part of the Directors MA held by St Mary’s University, hosted by the Orange Tree Theatre, I found myself working with five collaborator directors, all relatively new to theatre, and with their own unique ideas on how to stage their productions.

Each production had to fit within the same basic framework at the Orange Tree, and being in the round, offered us the opportunity to ensure the design was kept pared back to the most essential visual cues, within a recognisable framework for all five shows. Hannah came to me with an original design cue, working with artificial, plastic and mass produced products, the volume of which could overwhelm and eventually collapse into anarchy. Hannah’s work with me on the project encouraged us both to focus on a framework that would be visually unique and allow for total flexibility in the casts interactions with design.