Martin worked in both theatre and television before retiring in 2010. Between 1966 & 1984 he was a full time theatre designer. Theatres include: Royal Lyceum Theatre, Edinburgh, Arts Council design Assistant, 1966-68. Opera House, Harrogate, designer 1968; Liverpool Playhouse, assistant designer to John Page, then head of design 1969-72, and from 1972 to 1984 he was resident designer with Theatr Cymru. He turned freelance in 1984 and since then  worked primarily in TV for various independent producers making programmes for S4C. Alongside TV work, he continued designing many productions for Theatr Gwynedd. He designed the first and last productions  there which is ridiculous: a theatre building should last longer than part of one professional life.

He came out of retirement to design two shows for Alleni, a community group on Anglesey: Y Fordaith Fawr in 2014 and Plentyn y Byd in and 2015.

For many years  served on the SBTD committee. 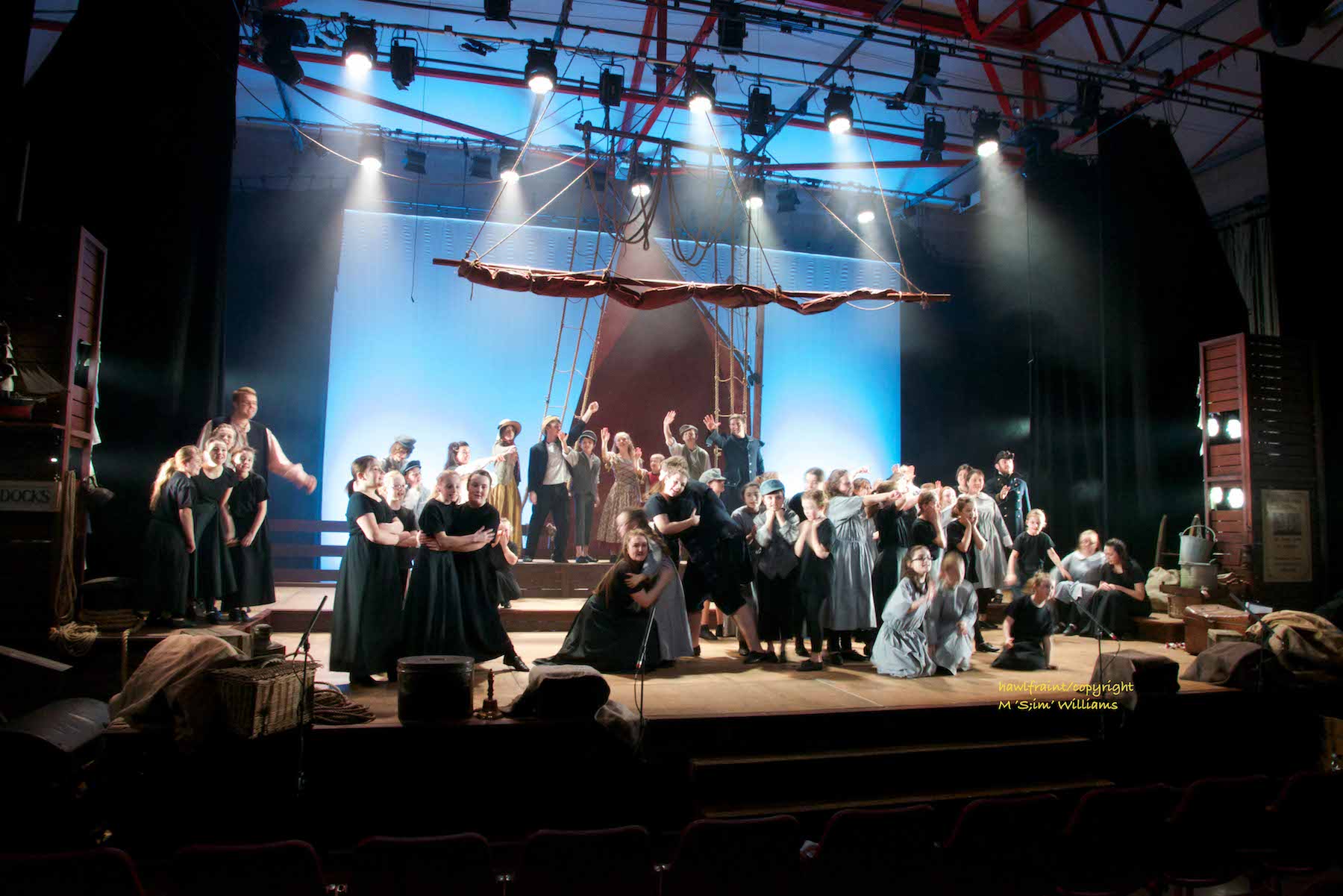 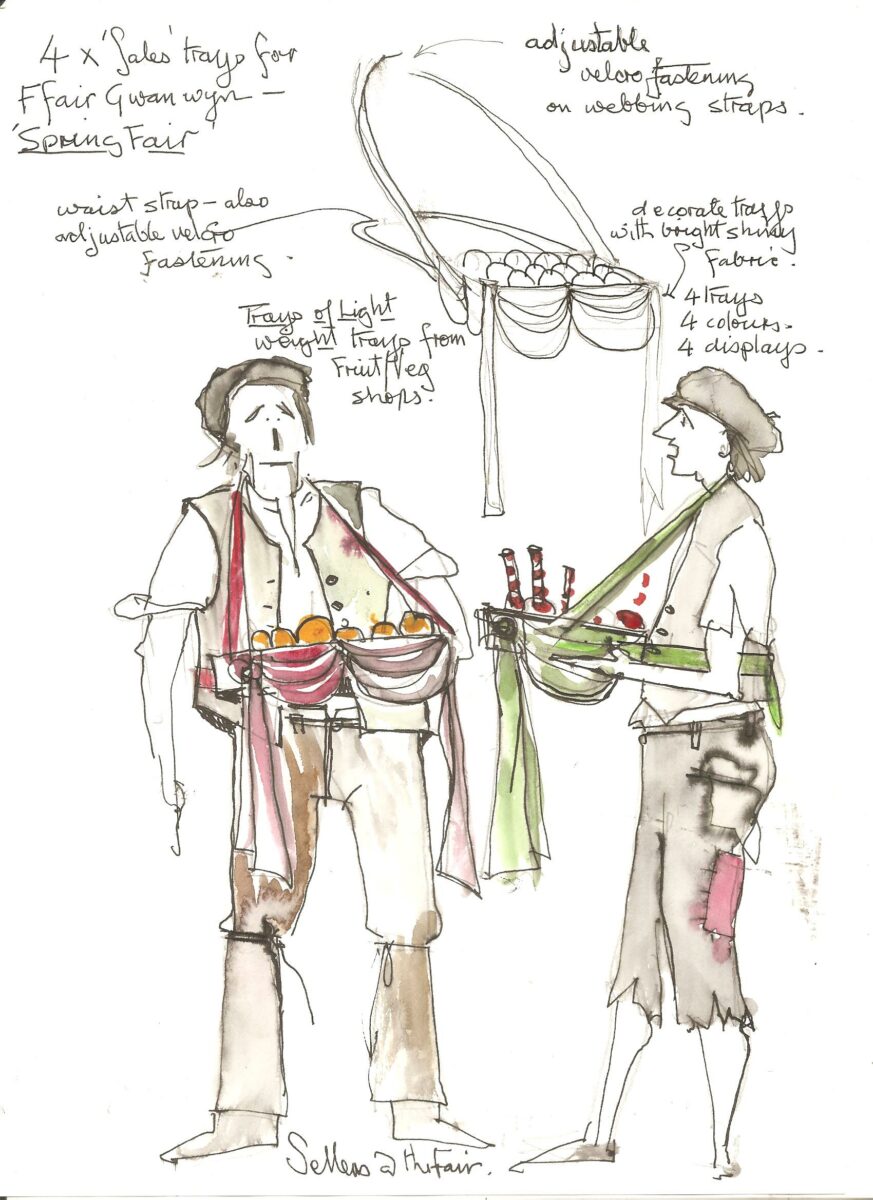 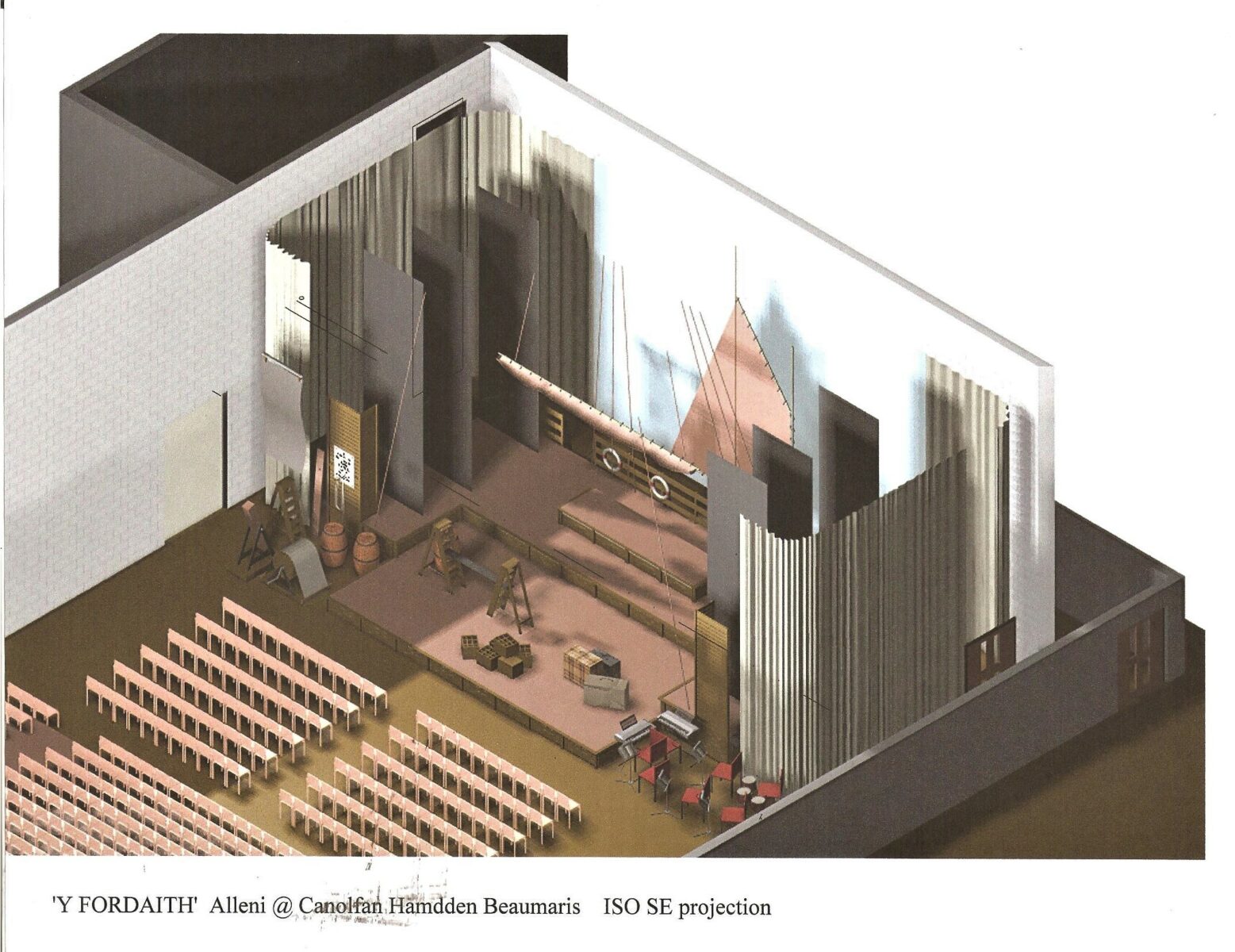 Allen Mȏn is a community group for disadvantaged young people on Anglesey. The show told the story in words and music of the voyage to America of many Welsh families in the 19th century to start a new life. Below are from notes made for the first production meeting.
When I first saw the Canolfan Hamdden Beaumaris my heart sank, it seemed so barren but with ingenuity it can be made to work.
What follows are drawings of items that could probably be sourced either free by people scouring their attics and garden sheds or bought at a modest cost to use as props / set elements. I’m very conscious that sets often consume lots of materials that end up in a skip. I will try, where feasible to use ‘found’ materials, so come the end there is little trace. That’s the theory. The most important resource we have is people’s skills and with families involved I’m sure there are many. Useful would be those handy with a sewing machine and if anyone has an industrial one that would be a bonus, also carpenters and welders and anyone good with their hands who likes making things.
And lastly effects. Smoke and haze and a hand held smoke machine could be very useful and also old fashioned Victorian sound effect machinery operated in full view can be very effective and great fun.