Laura graduated with a BA (Hons) in Interior Architecture, before going on to study on the Motley Theatre Design Course. 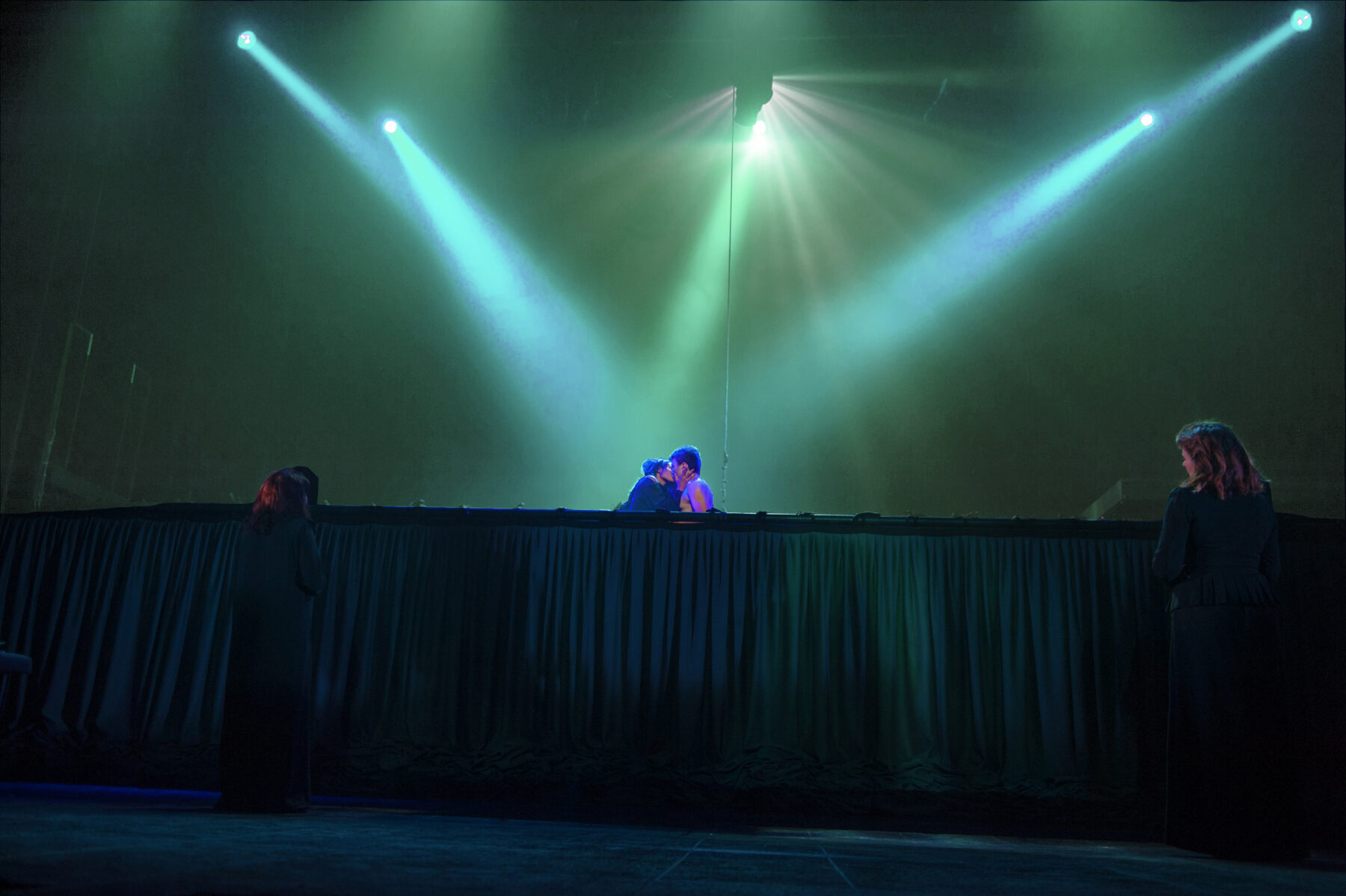 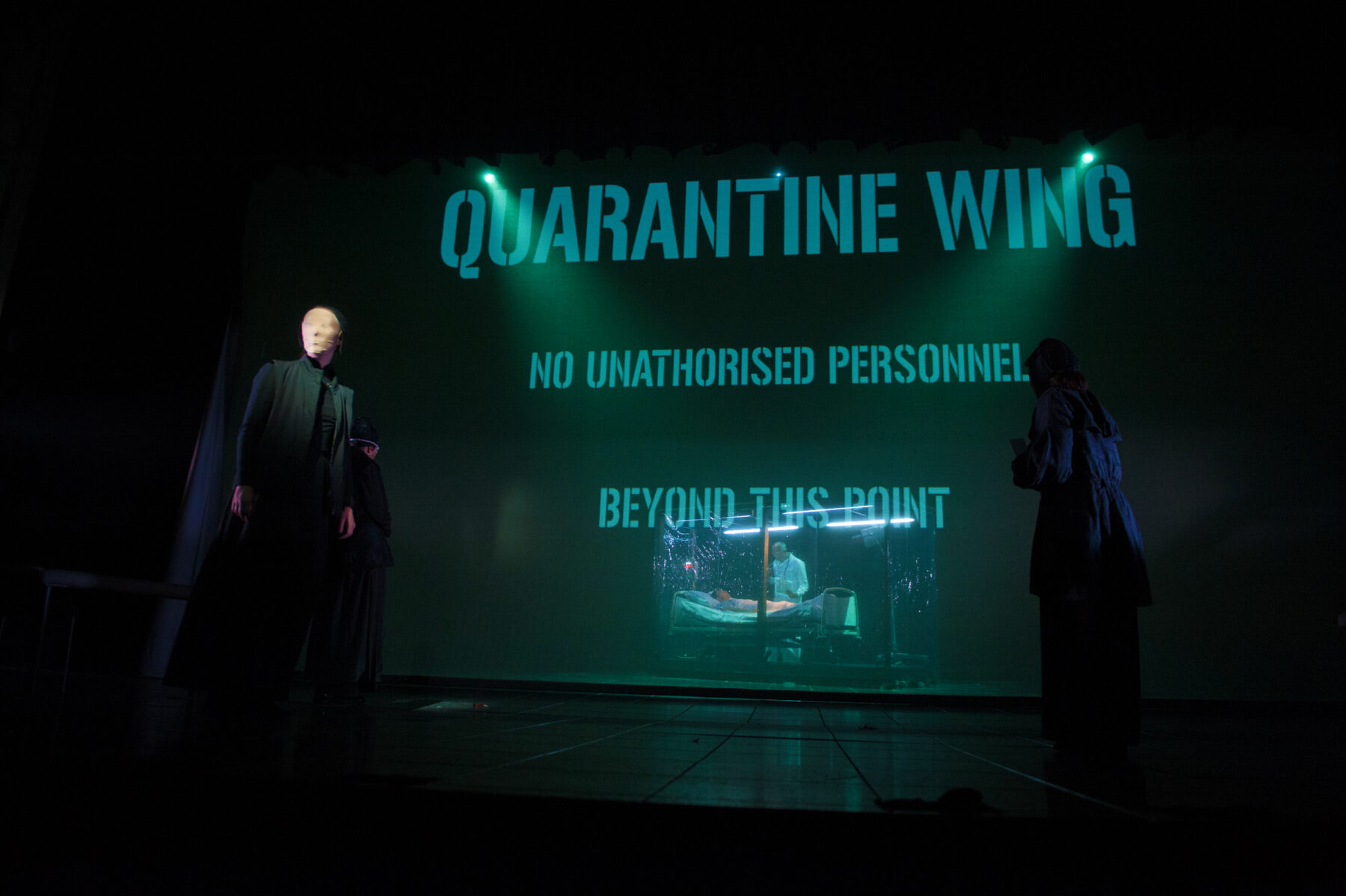 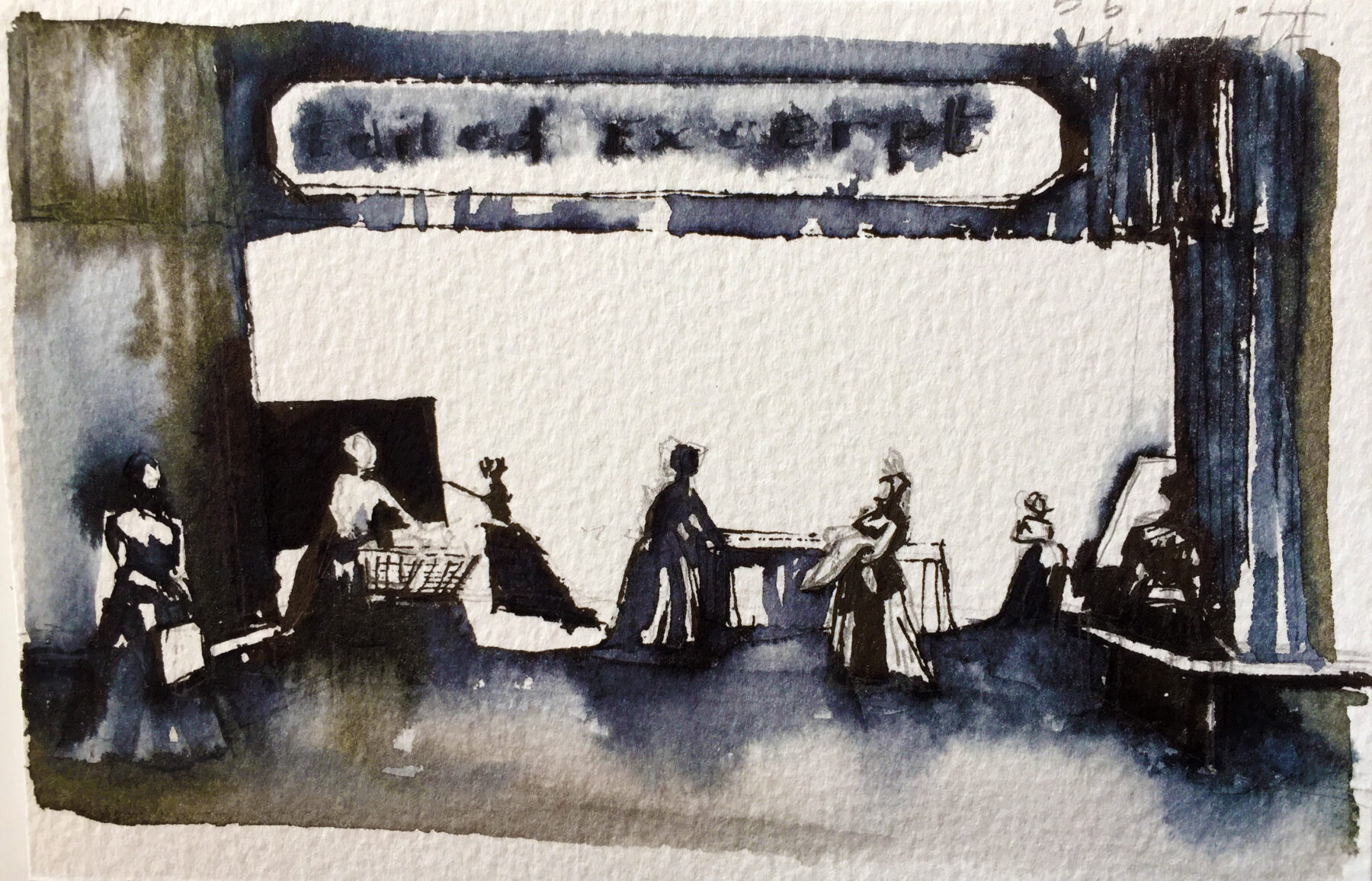 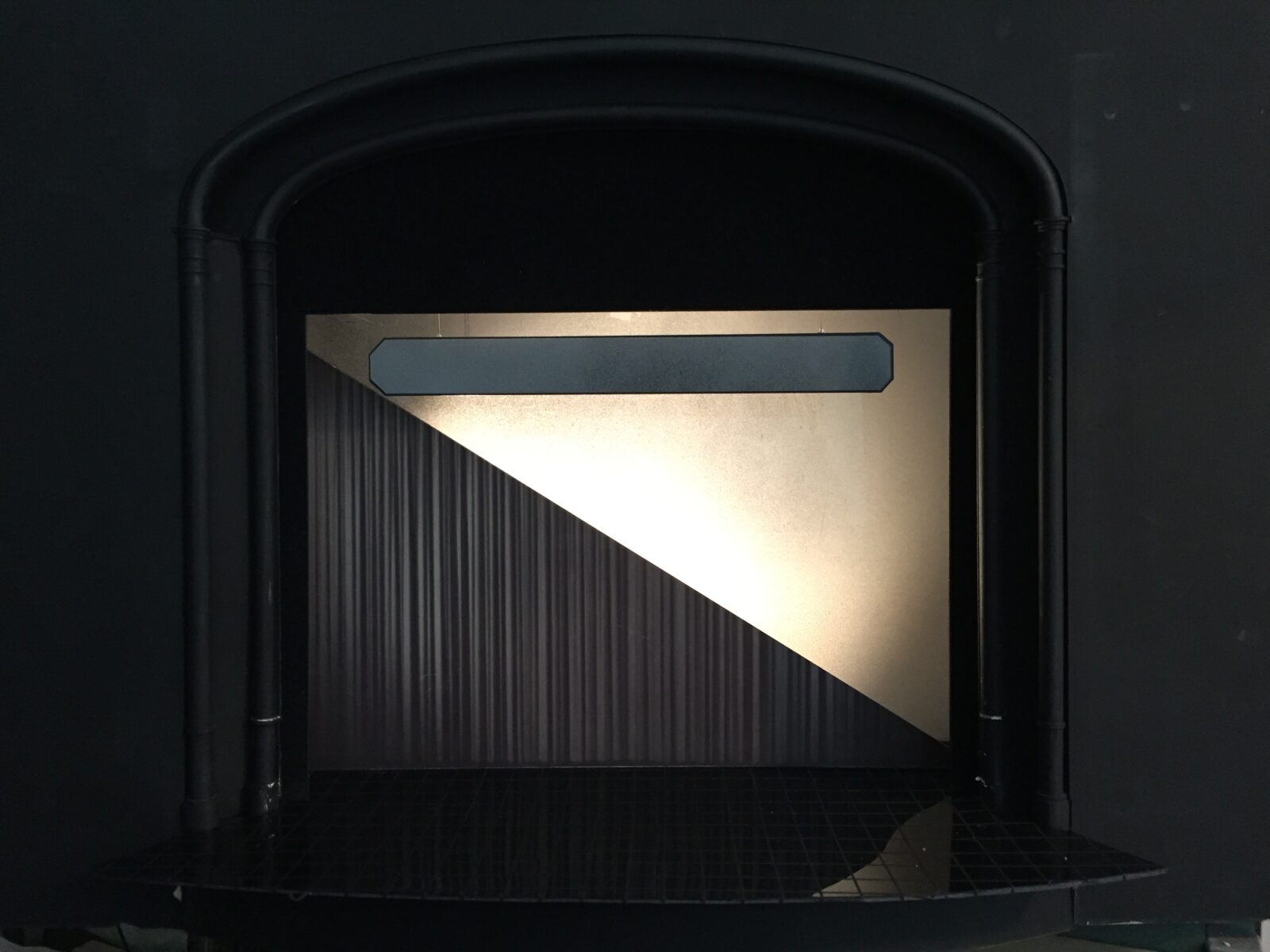 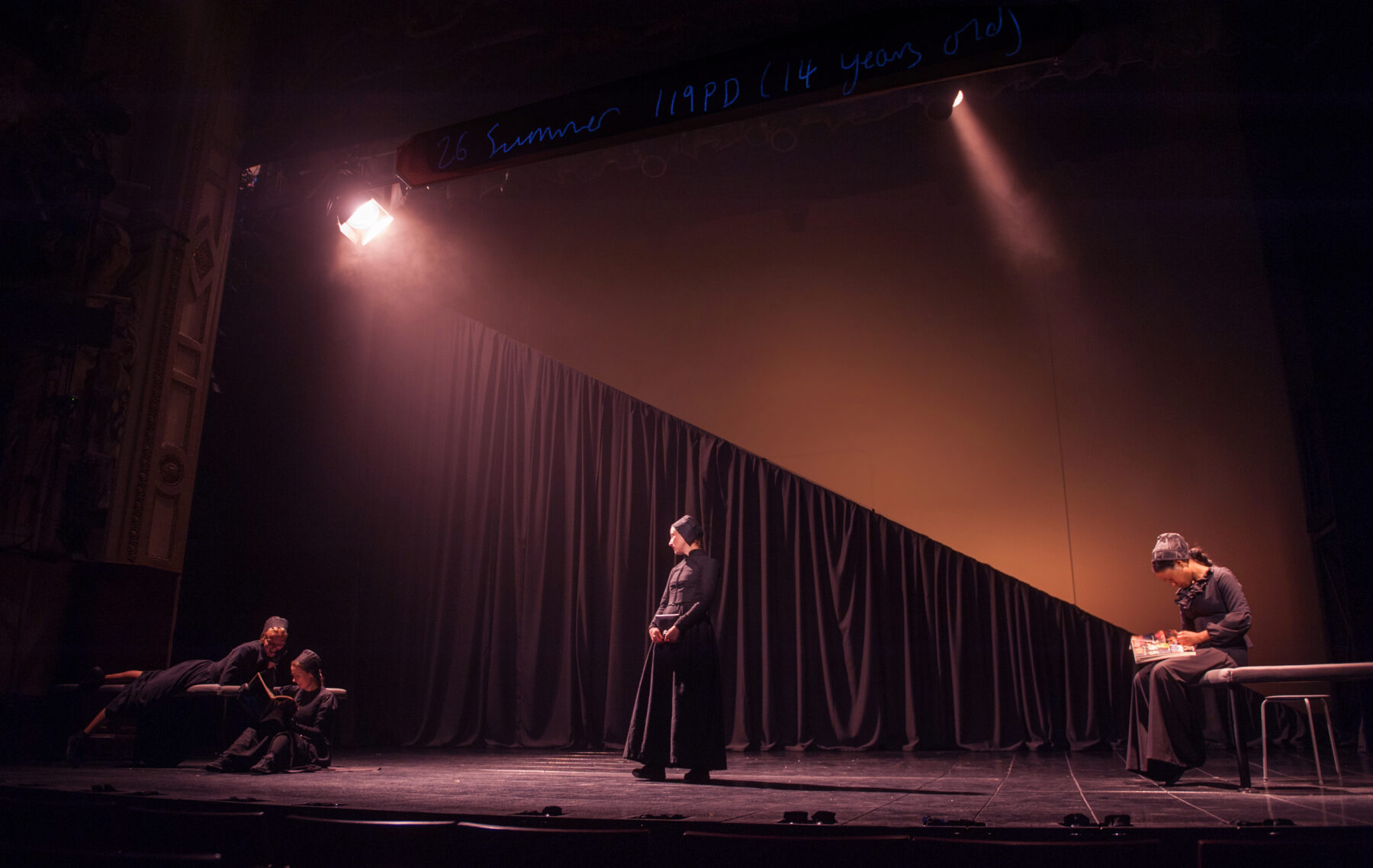 The Divide is presented through the framing device of a lecture in the remote future describing the ‘Divide’ of 2080. Following a plague, men and women live apart in a rigidly segregated England.

The population has declined, culture and technology have been degraded or lost, and the separation of genders continues long after the threat of cross-sex contamination has passed. This world is brought to life through repurposing the furniture of the lecture hall and the generic civic drapery which reveals, conceals, frames, wraps, veils and divides the action on stage.