Kathrine Sandys is a scenographic practitioner and academic. She is Head of Theatre Practice at Royal Central School of Speech and Drama with a PhD in Music (Sonic Arts). She works predominantly with light and sound within live performance, installation, museum display and site-specific events.

At the 2011 Prague Quadrennial, she was awarded “International Award for Excellence in Sound Design” for Hush House, and creative team achievement for Best New Festival for Vintage Goodwood in 2010 and Manchester Evening News Best New Play for 52 Degrees South in 2002.

IT WILL COME LATER 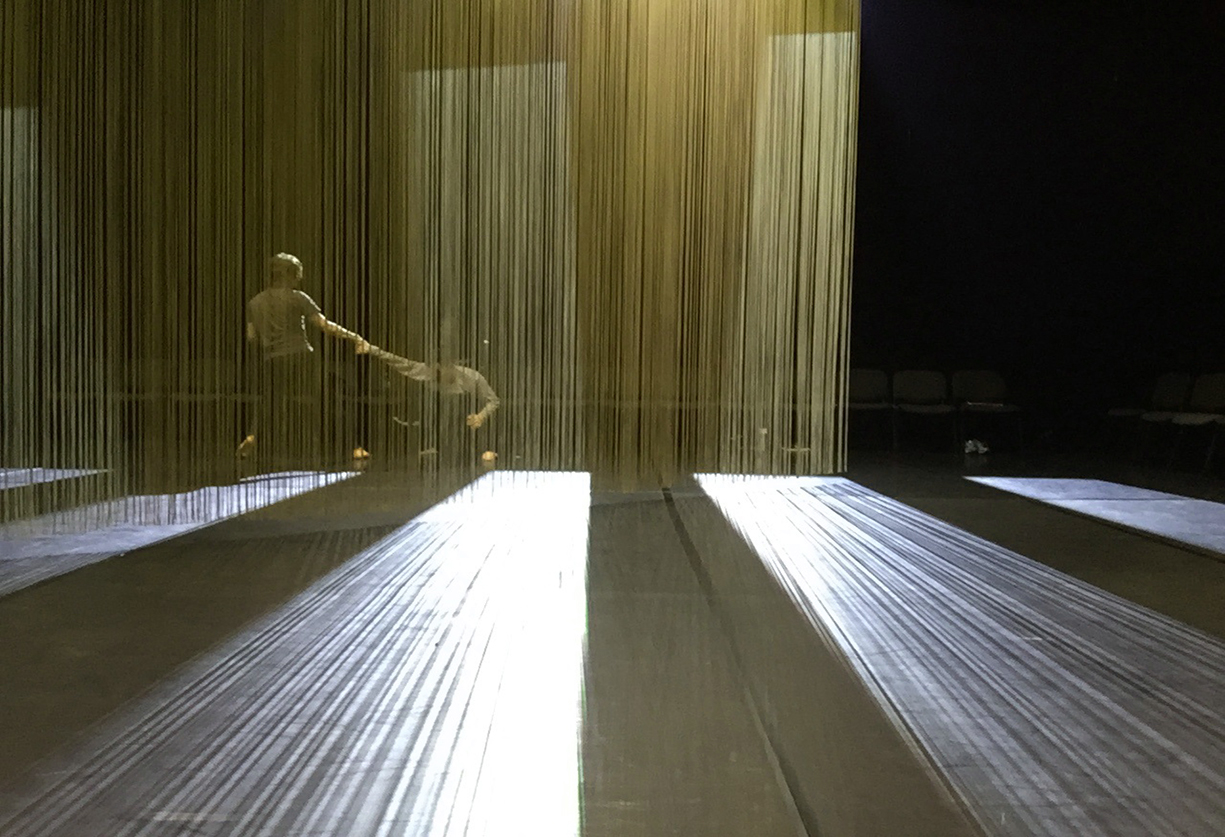 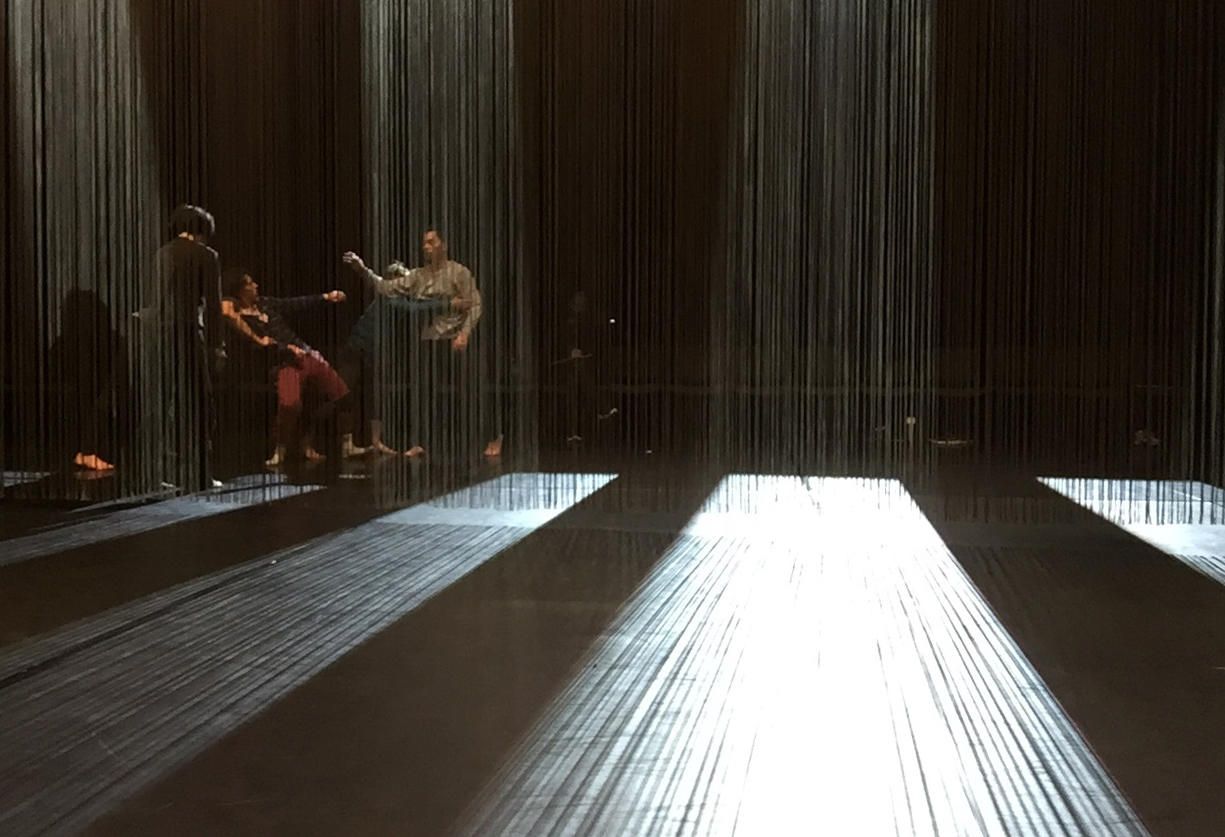 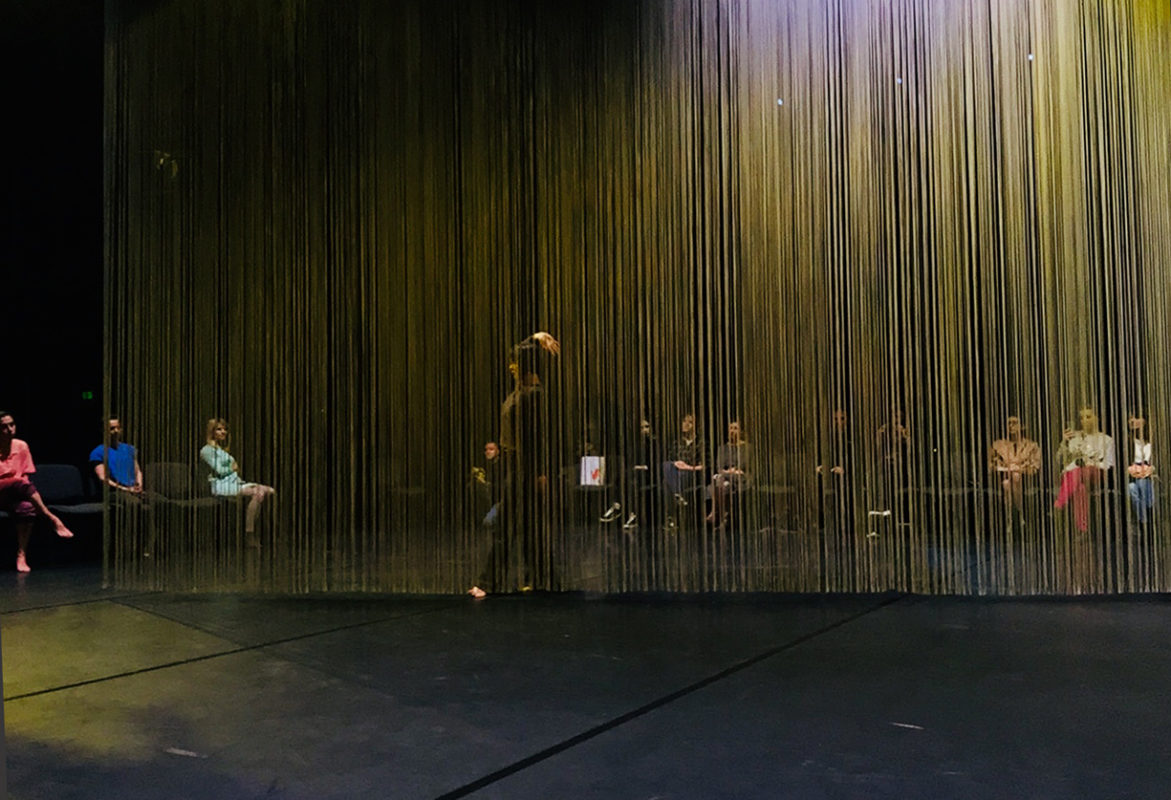 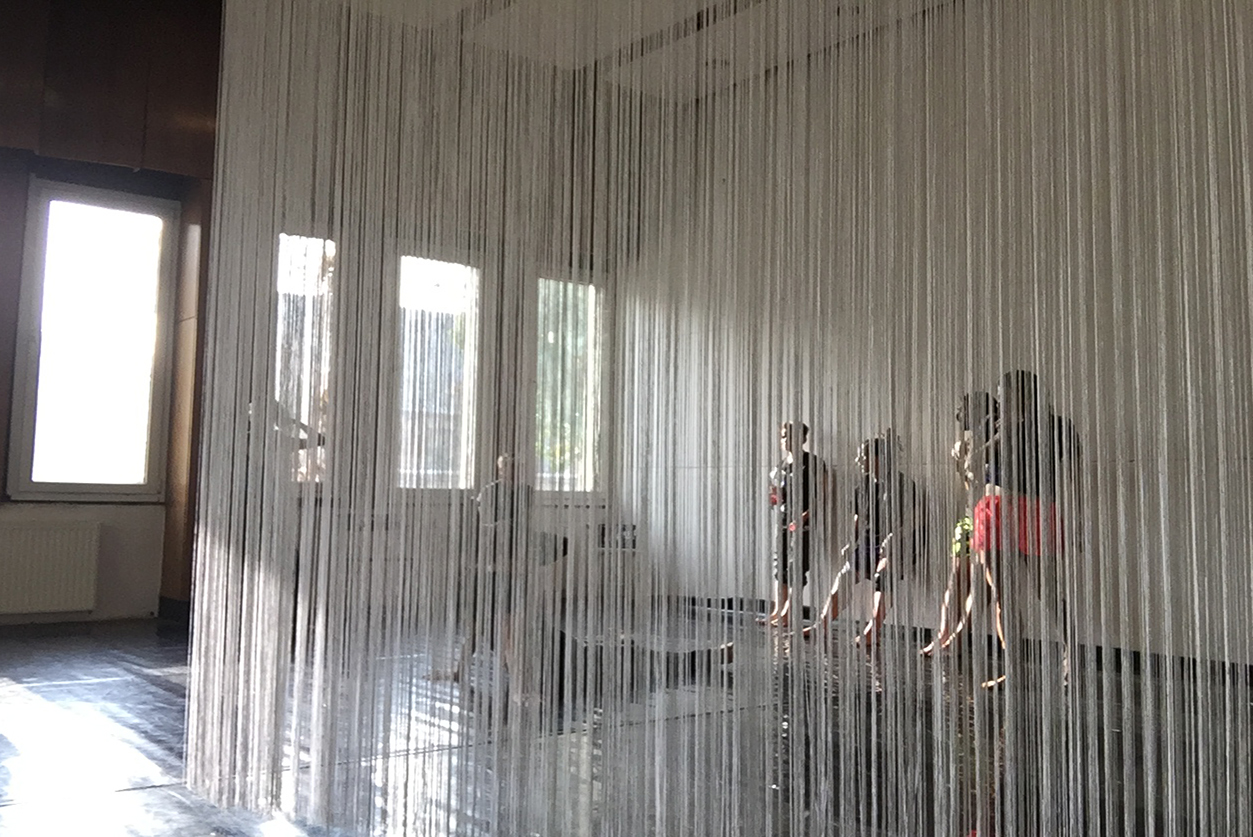 It will come later grew out of a series of residencies across Sweden, Wales, Hong Kong, Poland and Hungary, with 6 x international choreographers and 6 x makers and dramaturgs exploring and sharing their practice and processes. A sharing of cultures, borders, barriers and communication served as the basis for the work. The design and configuration of the space both contained and disrupted, enabling room for the choreography to evolve in and with the space. The slowly revolving curtain and one single journey of light, both revealed and concealed the movement, bodies and audience.

The lighting grew out of the ever changing dynamic of the residencies and rehearsal space. A change of tempo throughout the day, informed by the natural light present or absent from the room, generated a changing energy, atmosphere and selection vehicle for which material would make the “final cut”. It was most evident in the shift from low winter morning sun, to late afternoon gloom in Budapest’s SIN Arts Centre.

Replicating a permanent state of morning winter sun charges the final piece with an unrelenting positive energy, as the curtain makes its unrelenting rotations. The choreography of pressing, tension, body pressure and sweat never easing throughout the hour-long journey of the piece.