Kate Lane is an interdisciplinary artist & scenographer.  Her work has been shown extensively in the UK including Barbican, Roundhouse, Sadlers Wells, Southbank Centre, V&A, Roundhouse and International at Ravenna Festival; Italy, Musique Cordiale; France, Cork Festival; Ireland, Arts Printing House; Lithuania. She is co-artistic director of Brave New Worlds. Their work was selected as part of the UK Exhibit for PQ and the Make:Believe Exhibition at the V&A in 2015.

She exhibited as part of “Costume at the Turn of the Century 1990–2015” at the A.A. Bakhrushin State Central Theatre Museum, Moscow in July 2015. Performances include the Barbican Open Lab Showcase; London, The Yard; London, MK Gallery; Milton Keynes and Edinburgh Fringe Festival. International performances include ACT festival Bilbao and World Stage Design, Taipei in 2017.

She is the course leader on the BA Performance: Design and Practice at Central Saint Martins. 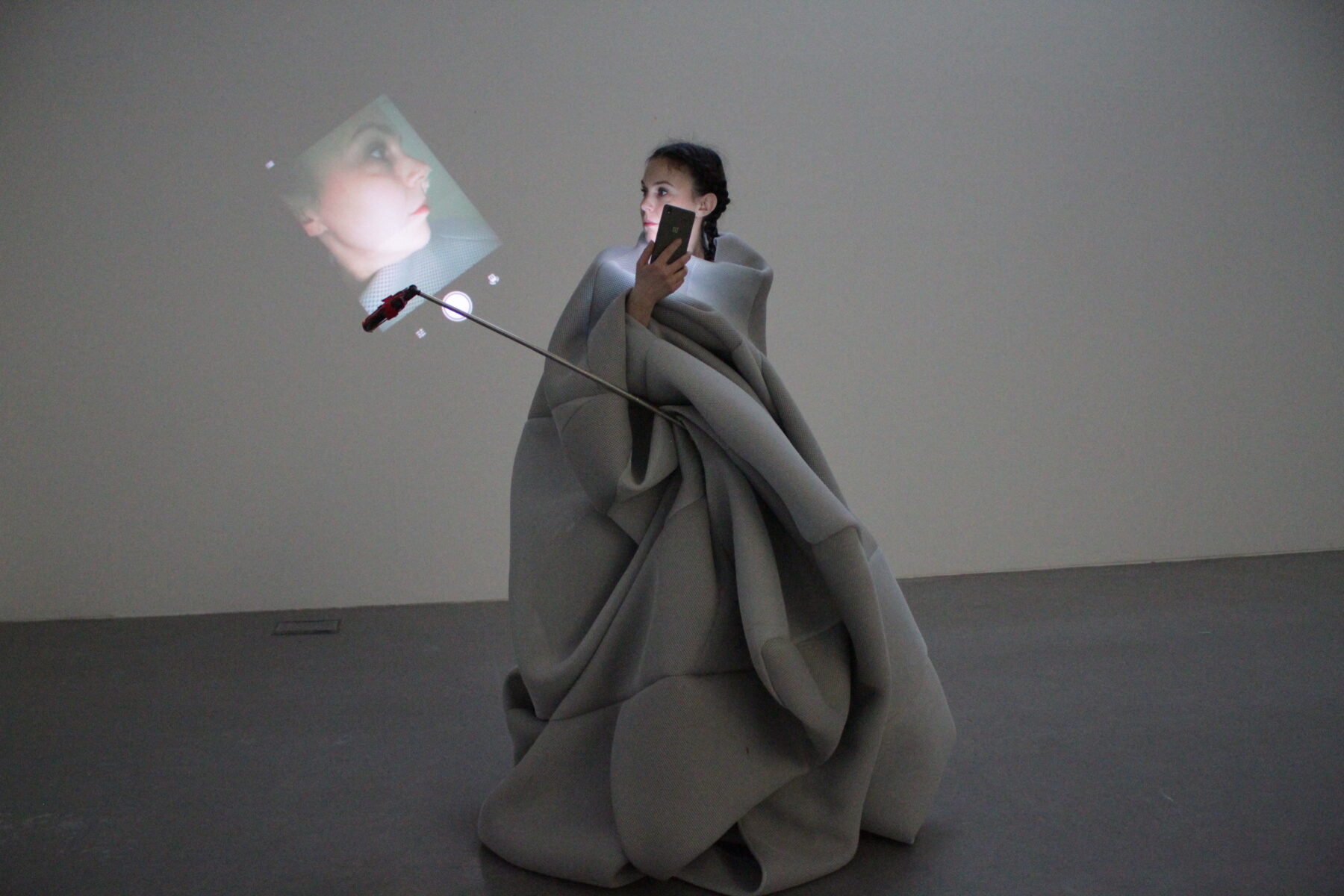 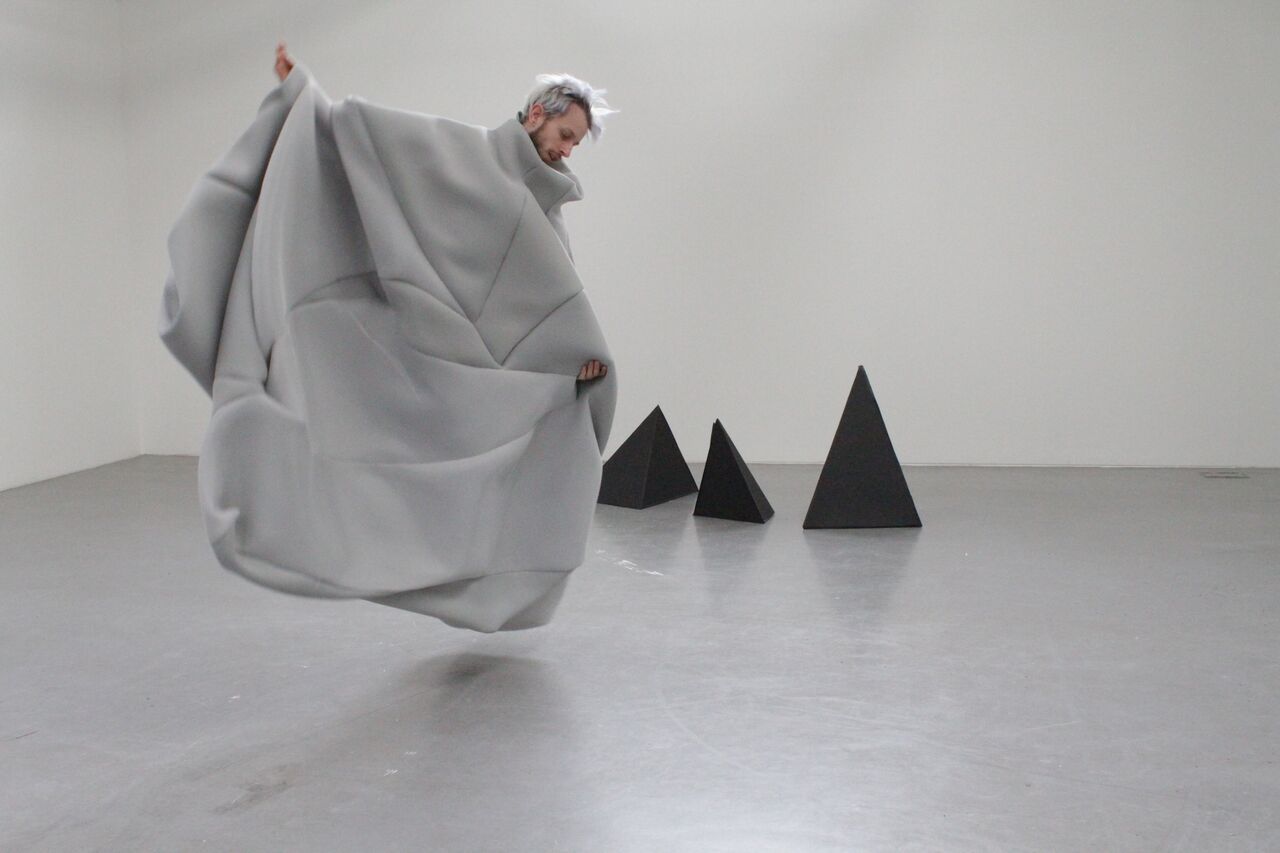 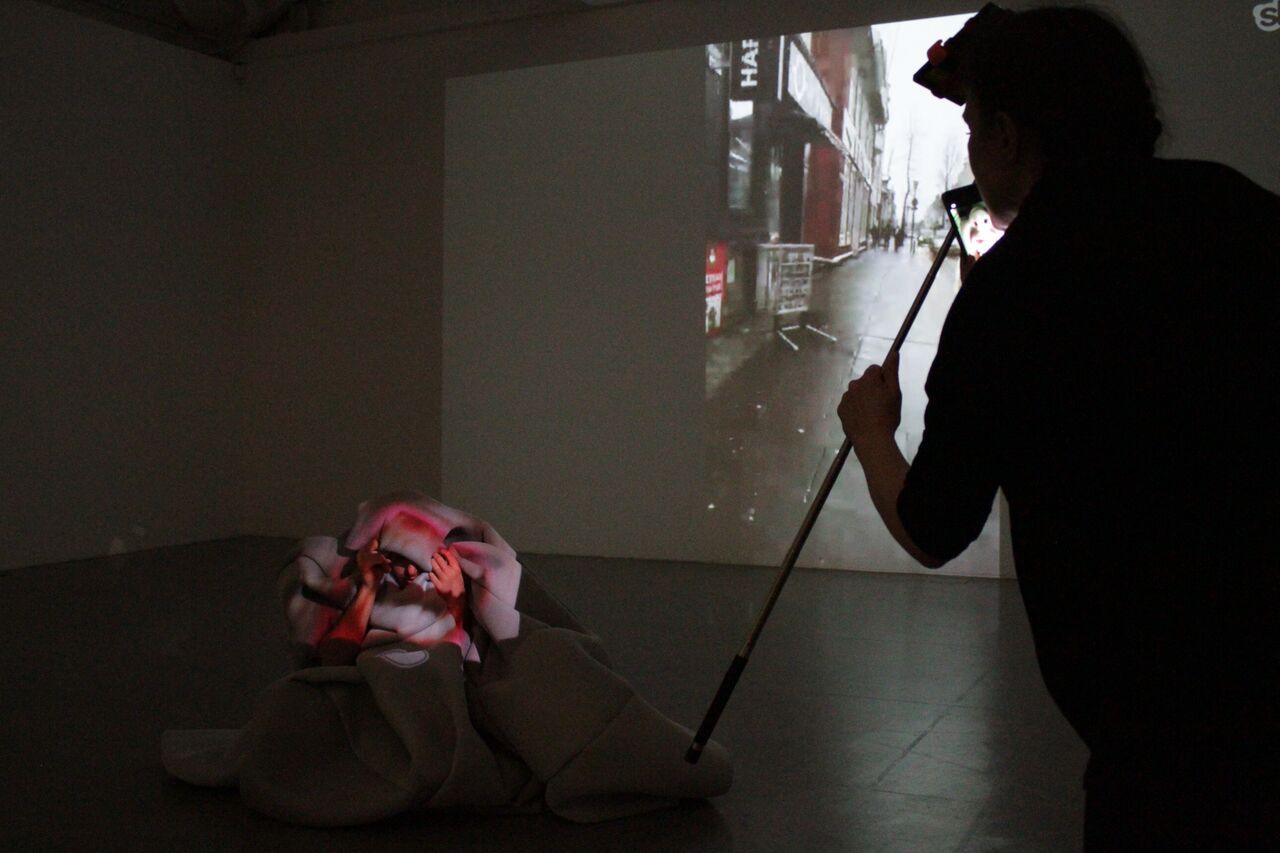 Axiom was a research project between Joe Wild and Kate Lane.    The Performance Machine explored multi-platform performance using unities of time, space, body and text to generate an alternative authorship for performance generating. It was a transformative space moulded to the body of the performer, distorting and hiding parts, while extending and framing others.

In this research we explored and experimented on deconstructing the human body, distorting the lines between the intimate and private, and narcissistic self-reflection and self-projection.

We started developing this work during a residency as part of Acts Re:Acts4 at Wimbledon College of Arts in 2017.