I am a Glasgow based theatre and film designer.  Following graduation with a 1st class BA Hons in Theatre Design, and the Event Design Student of the Year Award from Birmingham City University, I have worked in many fields within the creative industry.

I’ve worked as a dresser, wig stylist, milliner, scenic artist, puppet maker, props mistress, and wardrobe assistant, as well as a designer. My work has included national tours, opera, and high and low end productions.  My work as a costume designer for film has included music videos, shorts, and features, and resulted in nomination for the BAFTA Scotland New Talent Award, for my costume design work on Tripswitch Productions’ Whistle My Lad. 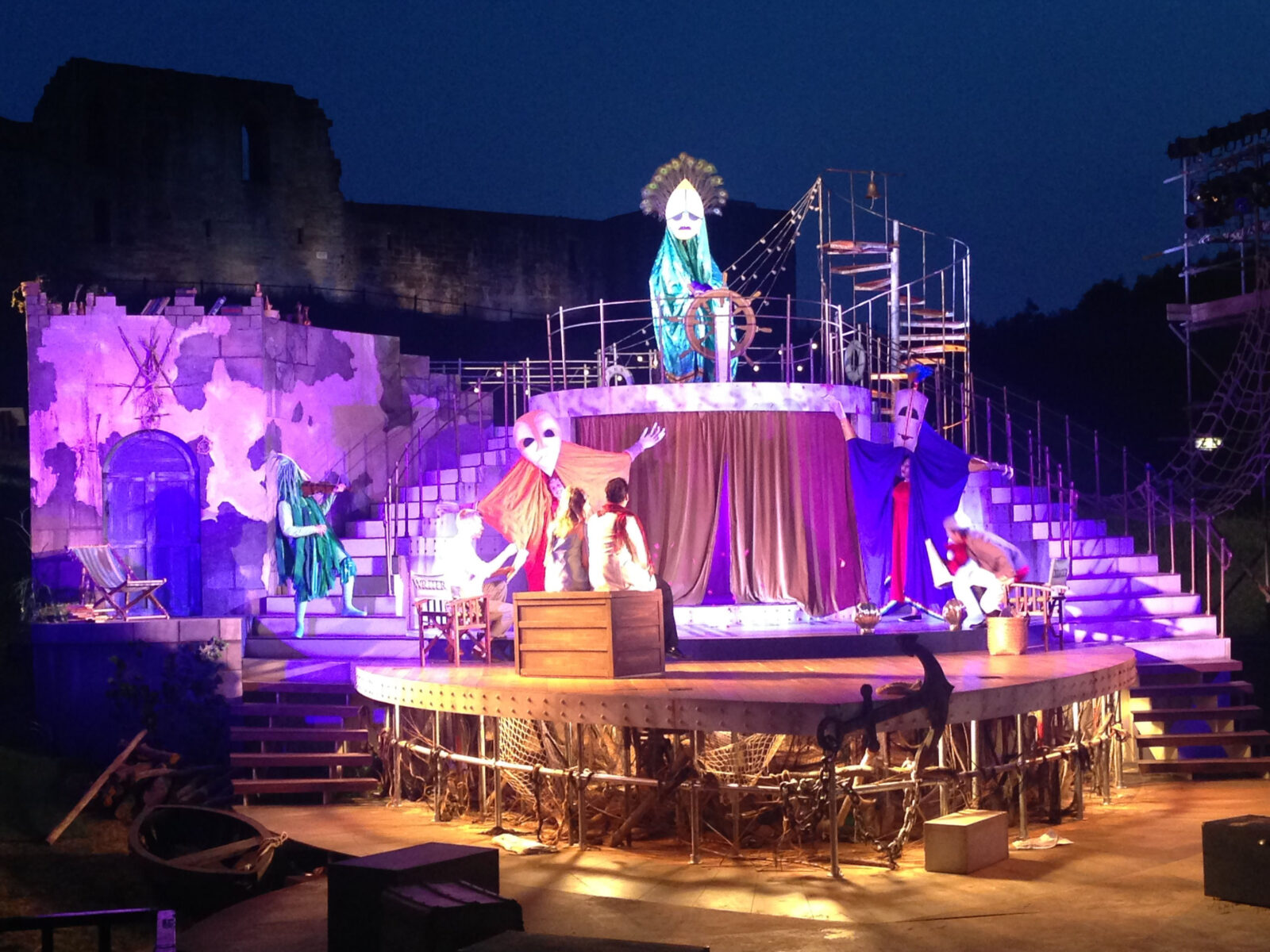 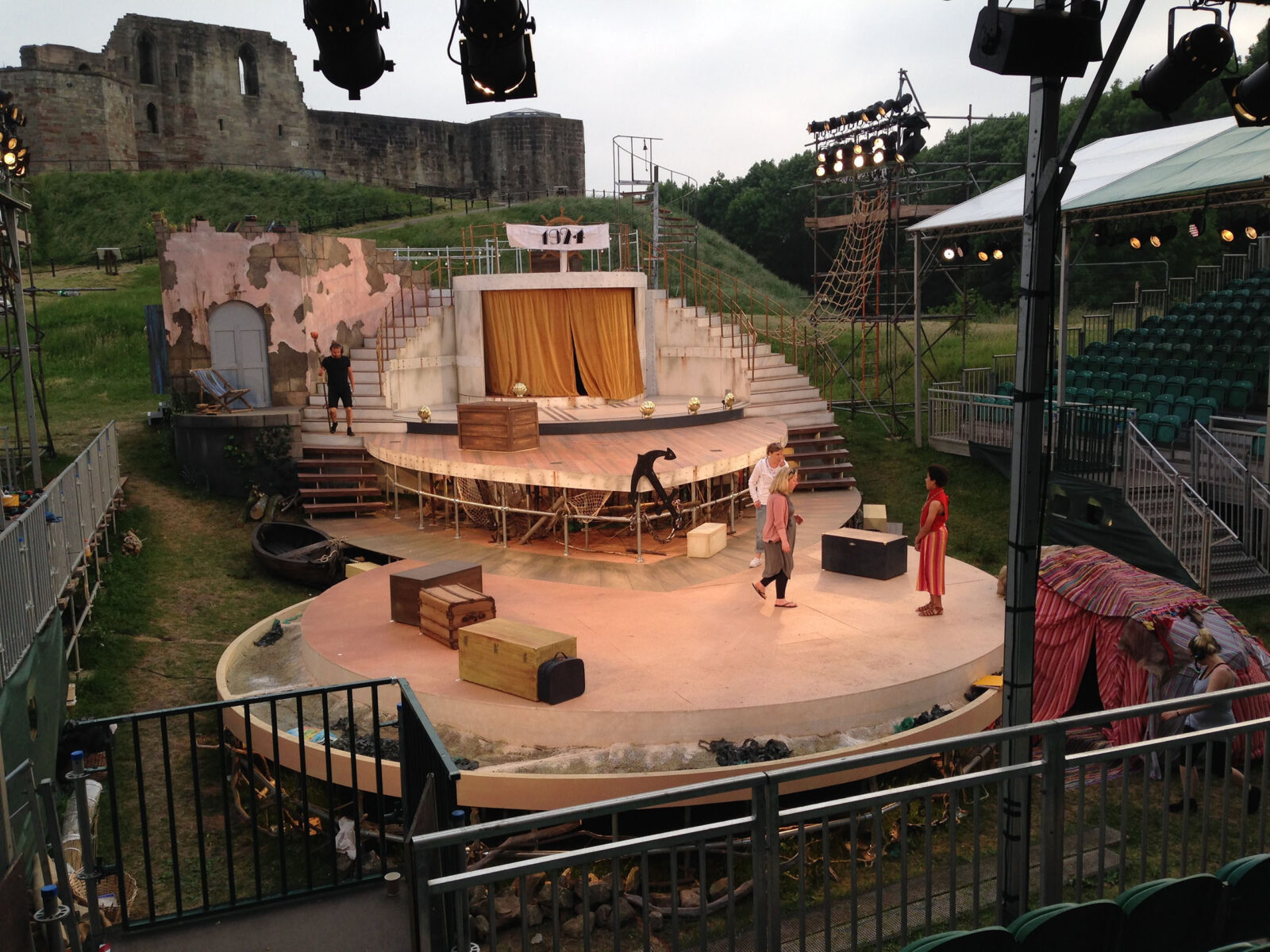 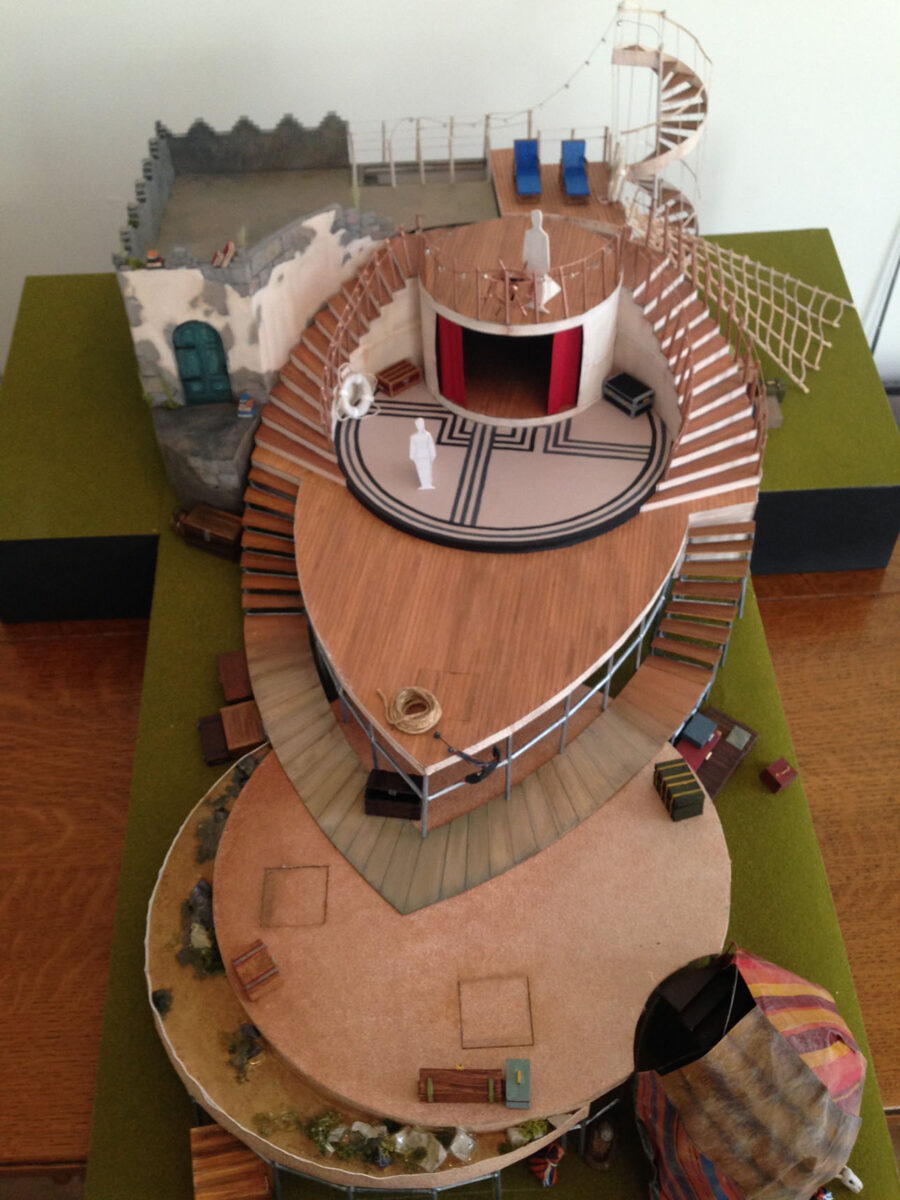 This production required me to work in a different way to that which I am accustomed – the weeks spent on location getting the production up and running included having my 3-week old daughter with me, the issues raised by childcare, and a reliance on my Design Associate Mischa which led to my being far less hands-on than I would usually be.

The design process was carried out in my usual manner – I worked in close collaboration with Director Clare Prenton on an initial SketchUp idea, followed by white card and full colour models. I worked very closely with our Illusion consultants Morgan and West to ensure that the magic we included in the show worked properly, and fitted with the ethos of the production. These included a vanishing picnic, and a collapsible box, both of which had to work on a thrust stage.