I have been a theatre designer for an unbelievable number of years, designing sets and costumes in the UK, the Netherlands, Belgium, Canada and the USA. I have been Head of Design for several theatres including the Royal Lyceum Theatre in Edinburgh; the Pitlochry Festival Theatre; the Redgrave Theatre in Farnham; the Manitoba Theatre Centre in Winnipeg, and ‘Ensemble’ in Amsterdam.

In 1999 I designed and set up the first SBTD web site and was granted Life Honorary Membership of the SBTD in 2009.

Now living permanently in Canada, teaching classes at the University of Alberta and still designing shows. 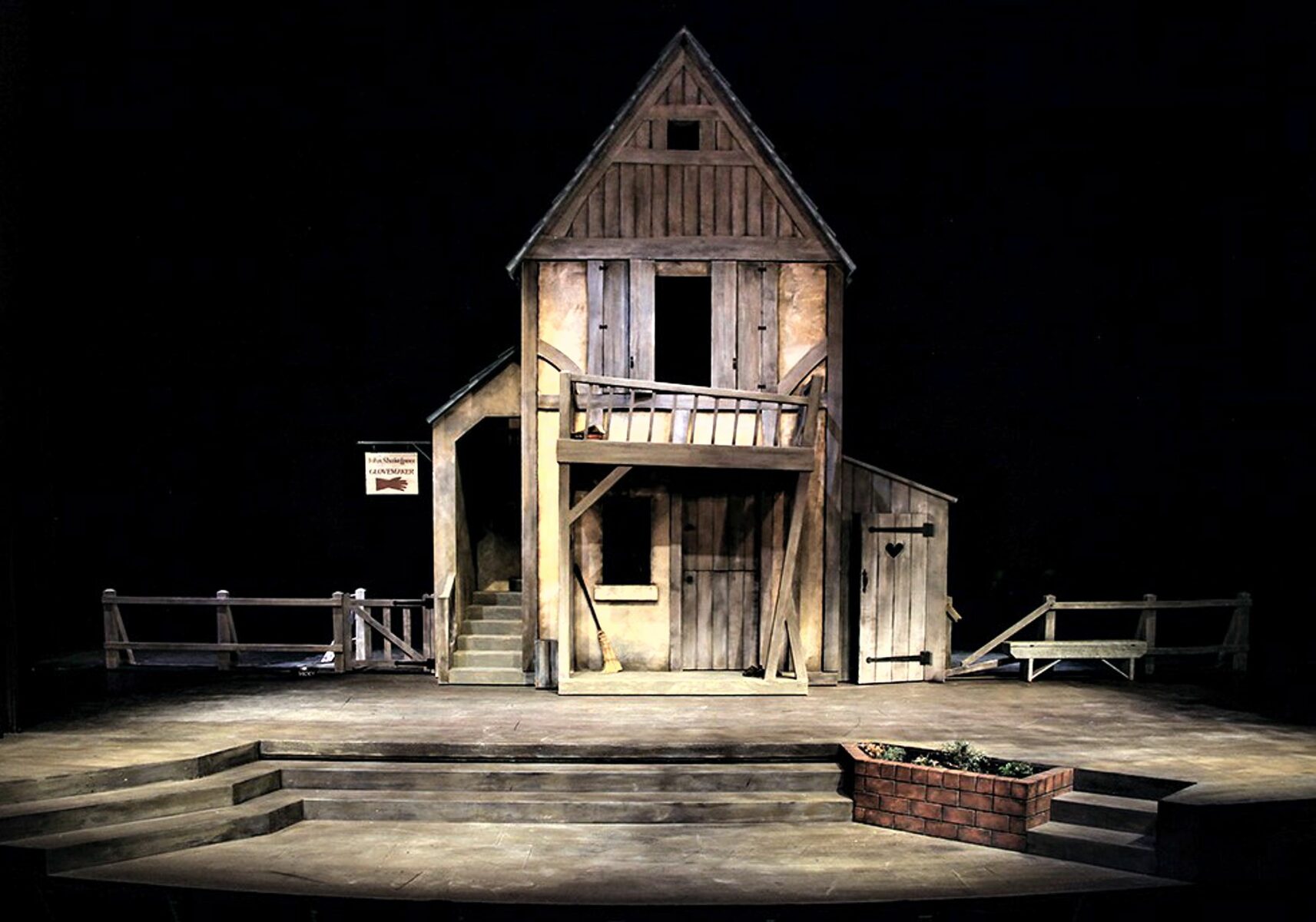 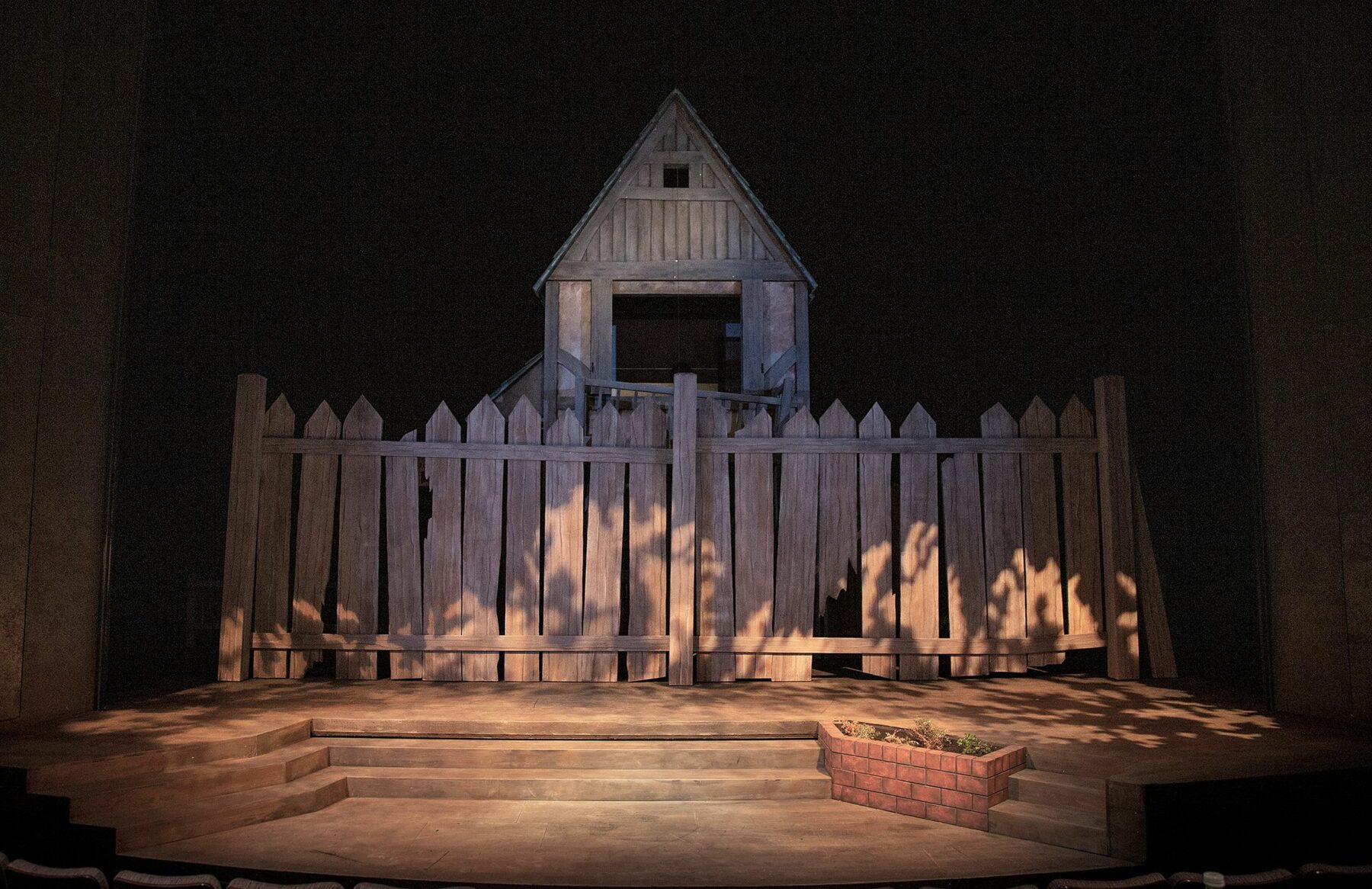 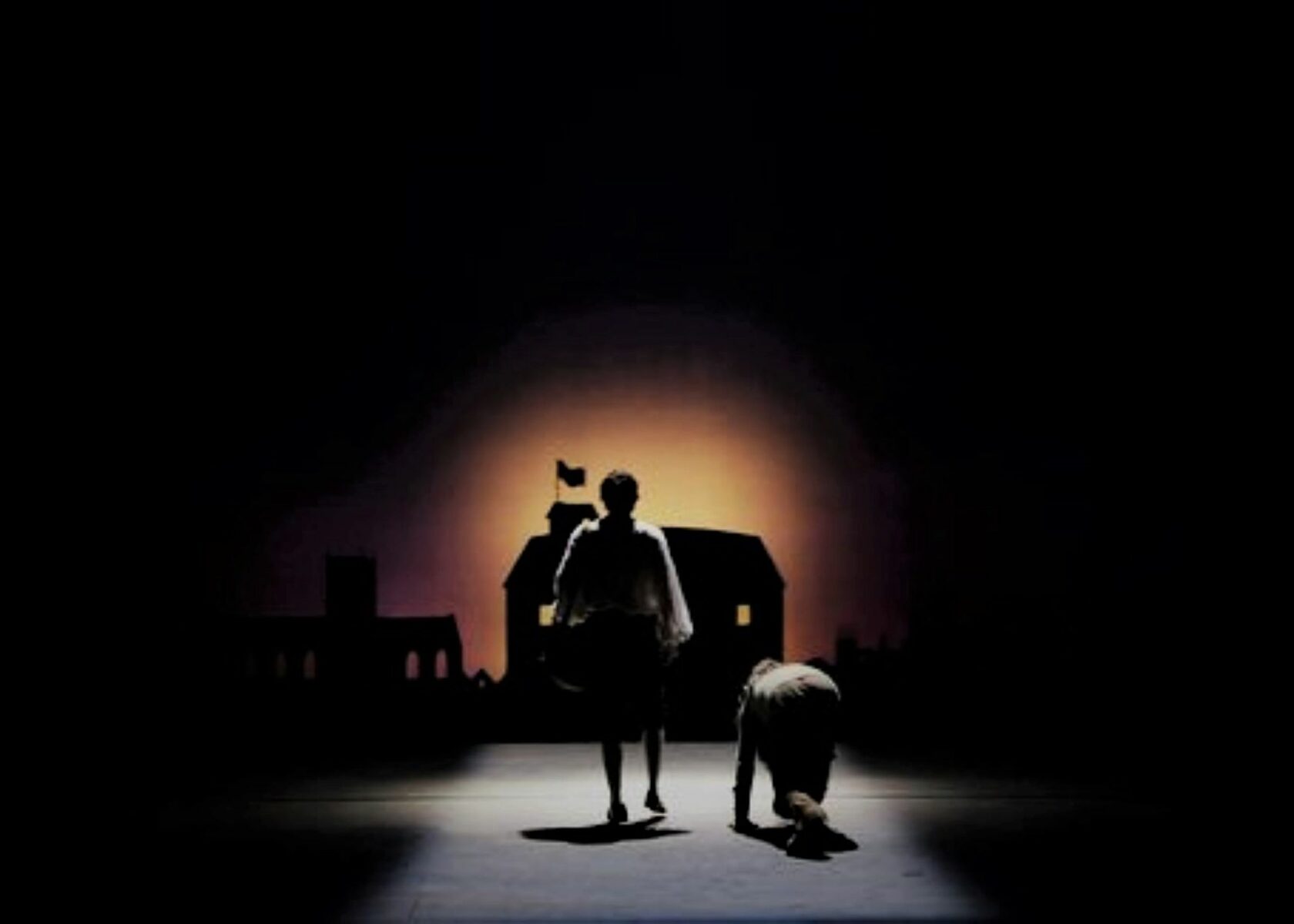 Much of the play takes place in the world of dogs played by actors, but without the usual full-body animal costumes we may expect. The third photo shows the final moment of the play as Will and his dog, Hooker set out to seek fame and fortune in London.