Claire Halleran is a performance designer based in Glasgow. A graduate of Glasgow School of Art and Queen Margaret University.
Recent design credits include work for the National Theatre of Scotland, Royal Conservatoire Scotland, Polar Bears, Macrobert Arts Centre, Grid Iron, Heroica Theatre Company, Stellar Quines, Fish & Game, Aberdeen Arts Centre, Showroom and as an Associate Designer with Punchdrunk/Imaginate
Claire has designed several film festivals for Tilda Swinton and Mark Cousins and had developed and created many interactive events and workshops for the Edinburgh International Science Festival including more recently Moments in Time and Ecoville on the Mound in Edinburgh.
In 2013 she co-founded The Envelope Room, a network funded by Creative Scotland to support, promote and engage with performance designers in Scotland.
Teaching and mentoring include design tutor for Tron Design, Edinburgh College of Art, the University of West of Scotland, and design mentor with Royal Conservatoire of Scotland. 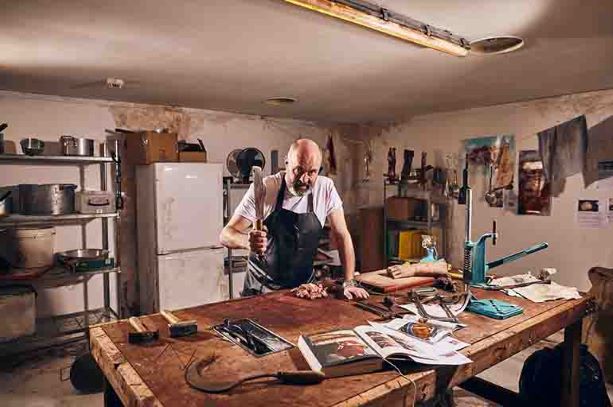 An immersive Halloween experience for over 18’s only. A site responsive design created over a few weeks in a disused office building.