For 20 years Charlie has designed sets, costumes, puppets, props, collaborating in the worlds of theatre, opera, dance and live events nationally and internationally. Charlie has a passion for transforming any space, the endless possibilities it has, to tell a story. Charlie grew up in London SE11 where she is now based and has a tiny studio where she collaborates producing models, drawings and other works.

Equally at home designing site-specific productions and large-scale houses nationally
Charlie thinks in precise detail about the performance environment and its effect on audiences which has also led her to create dynamic, unusual environments for companies in the Corporate & Heritage sectors where Charlie has created memorable, thought-provoking backdrops for events, workshops, dinners, photo shoots & launches.

Double bill: “We Are Arrested” and “Day of the Living” 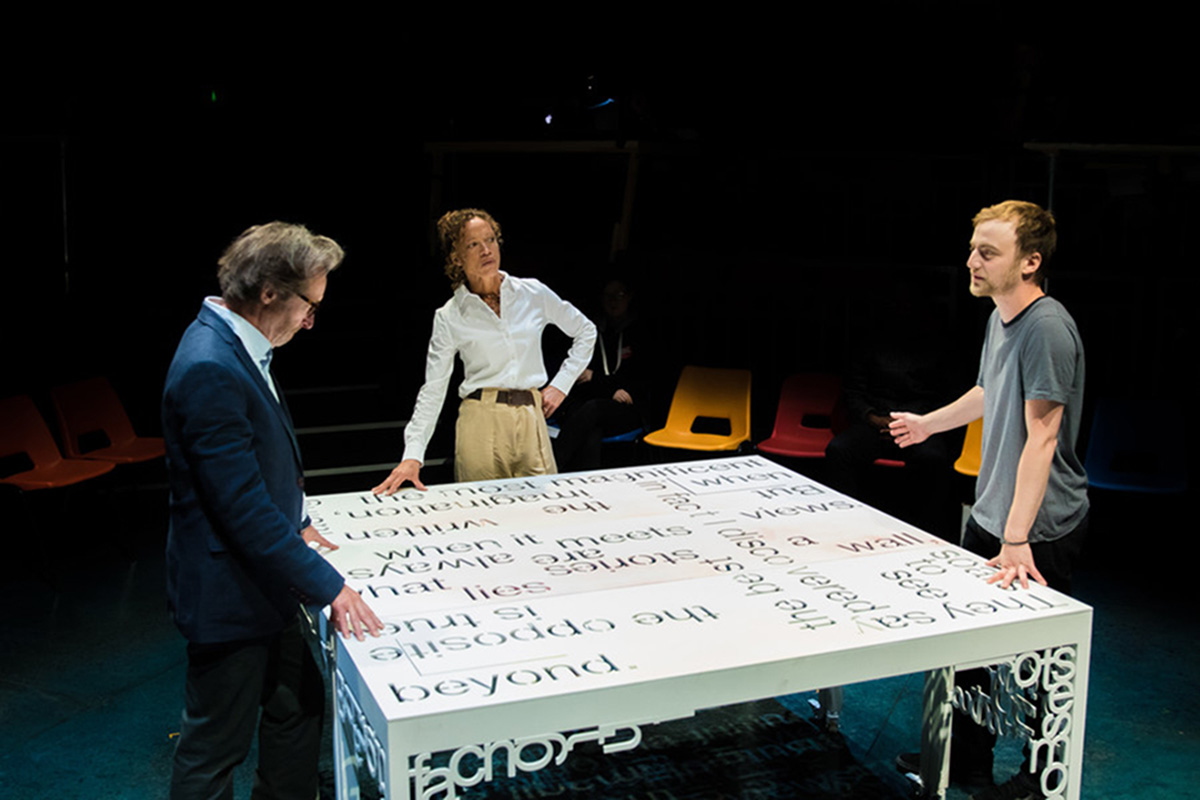 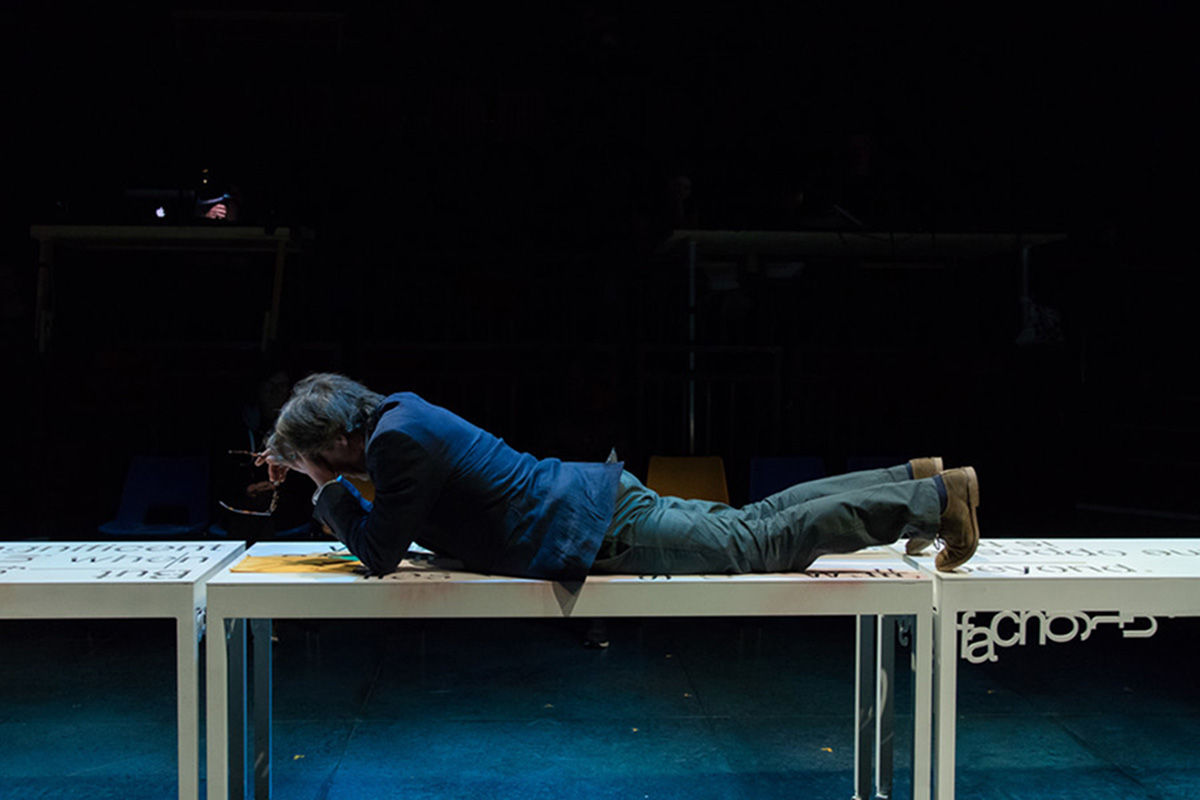 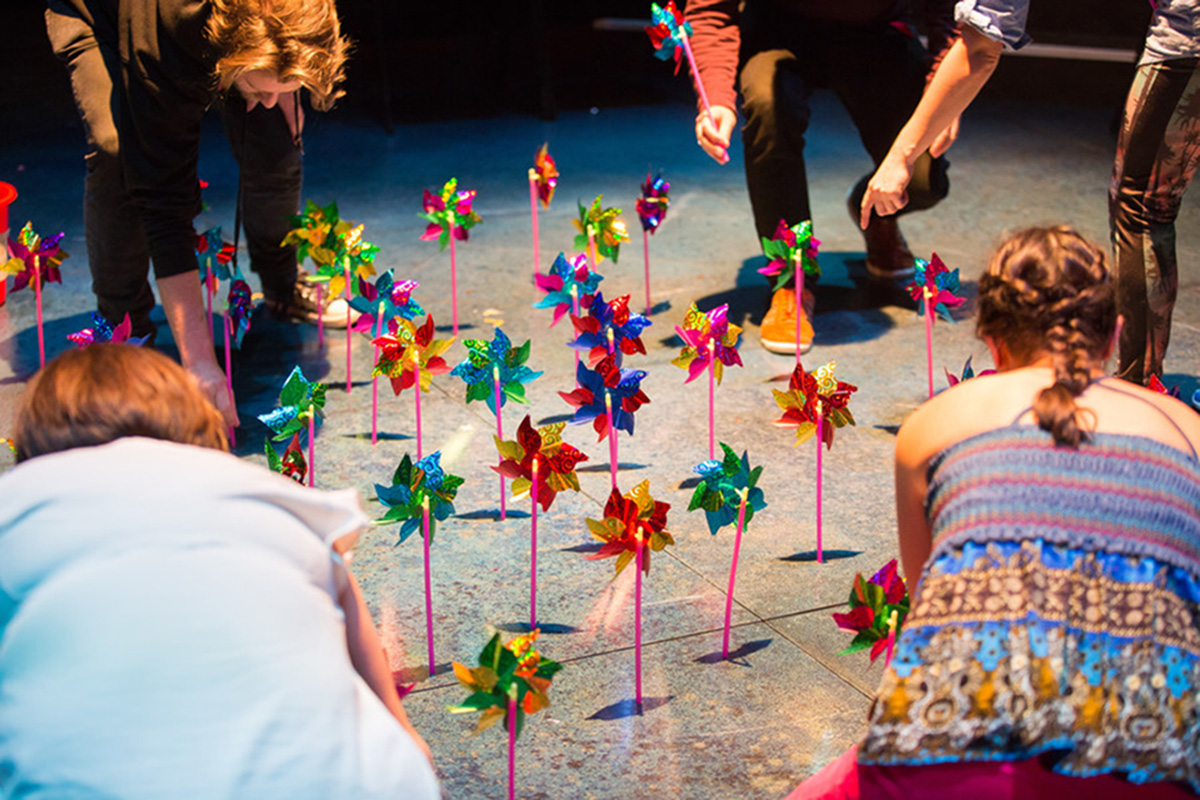 The pieces played as a double bill: ‘We Are Arrested’ an adaption of Editor-in-Chief Jan Dundar’s account of being incarcerated in Turkey and ‘Day of the Living’ devised, with the starting point of 43 disappeared students in Mexico in 2015.

The pieces spoke to each other in themes of social justice and political pertinence. Both having themes of using the imagination to transcend horrific circumstances, they took place on the world stage and asked audience to be complicit in the action as well as being asked to reflect in the moment, to be present.

As well as sets and costumes My brief was also to design the auditorium which I conceived along with both directors, in the round inspired by the lucha libre rings of Mexico. In order to help the action appeal to all the senses, I linked the stage floor and mezzanine levels of ‘The Other Place’ allowing walkways for the performers. The action seemed to hang in space for WAA and exploded into a joyful musical atmosphere for DOL.