Bek designs sets, costume and puppets for a variety of performance including opera, classic drama, theatre for young audiences and immersive experiences. 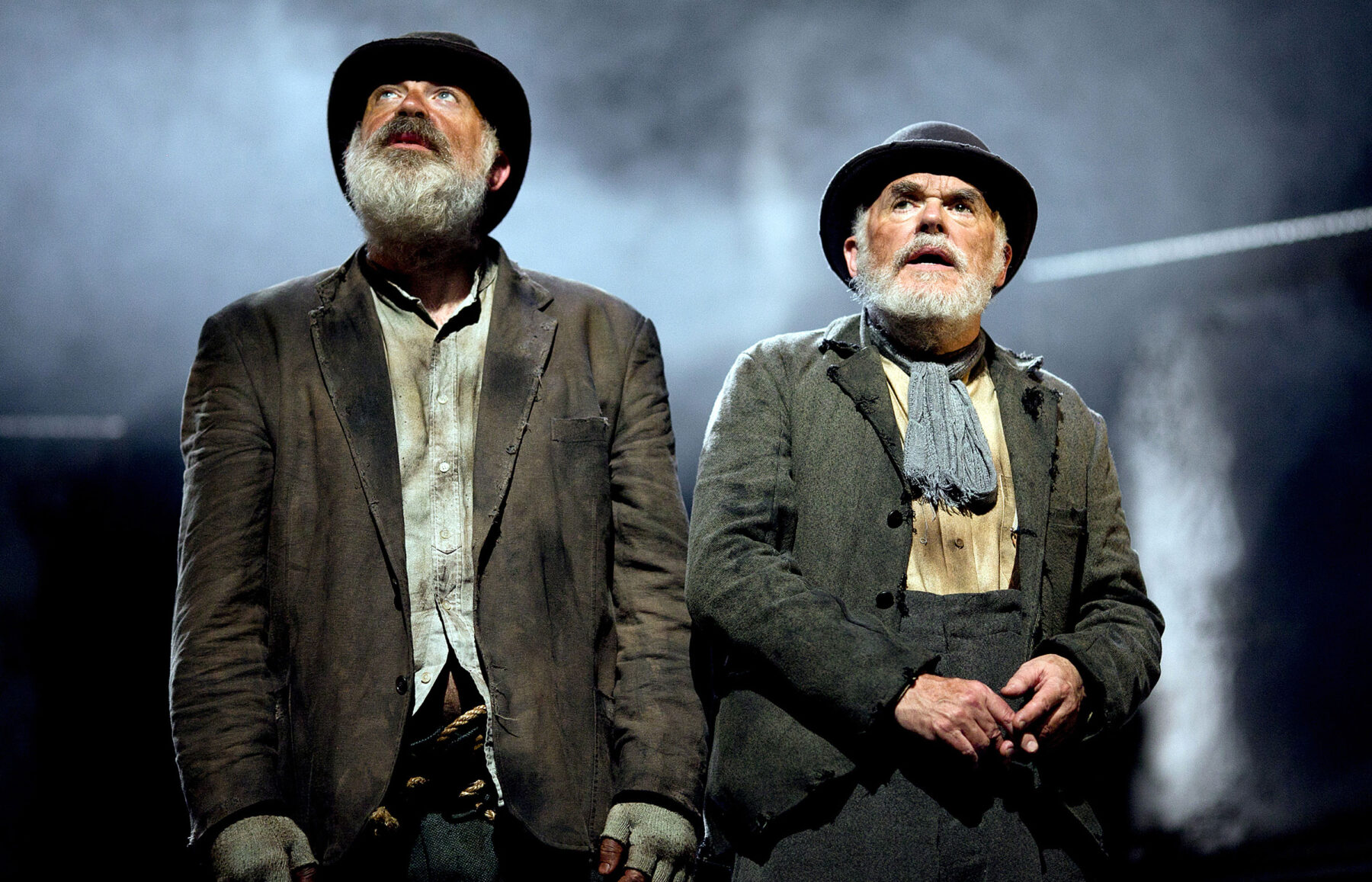 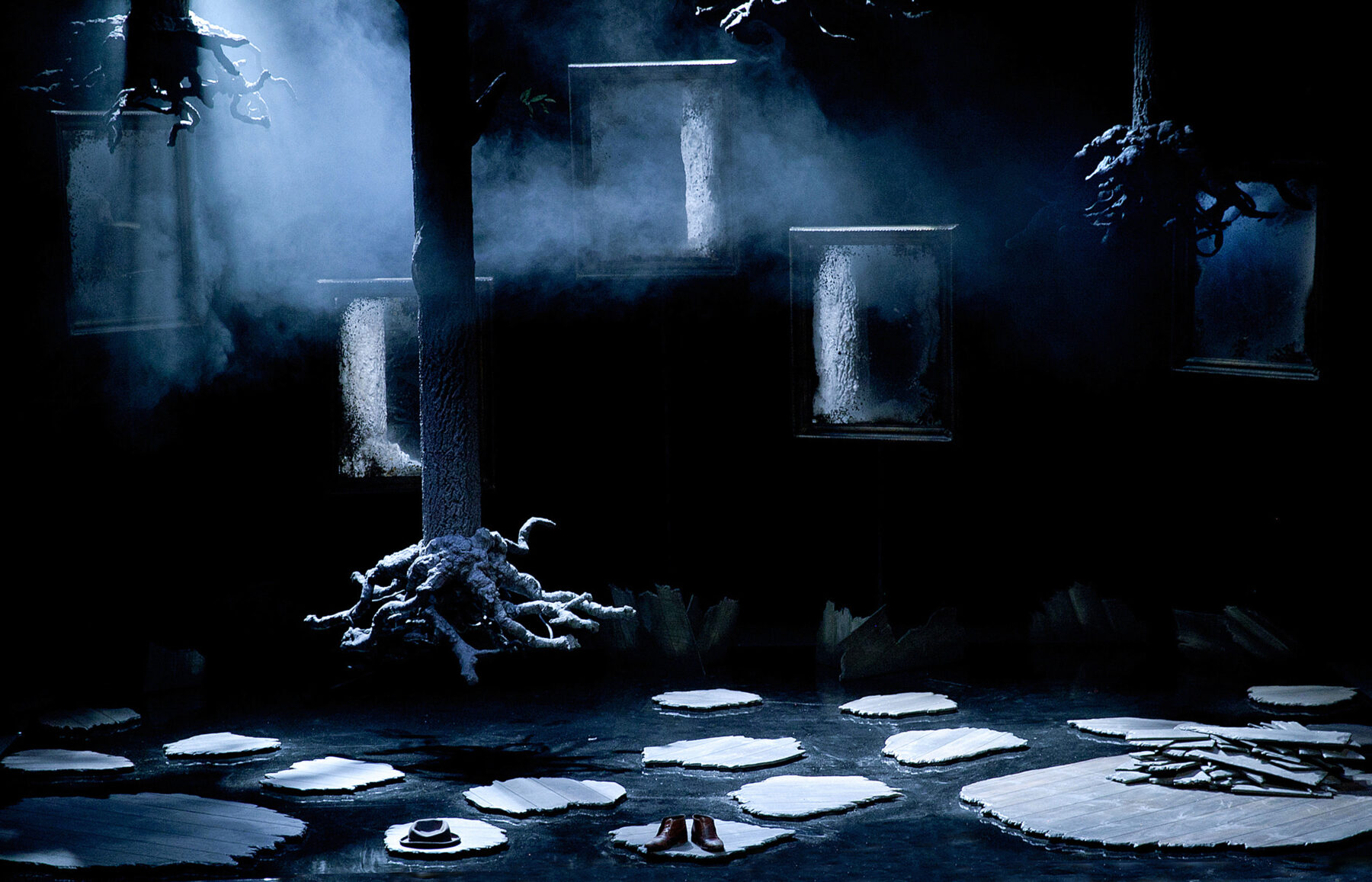 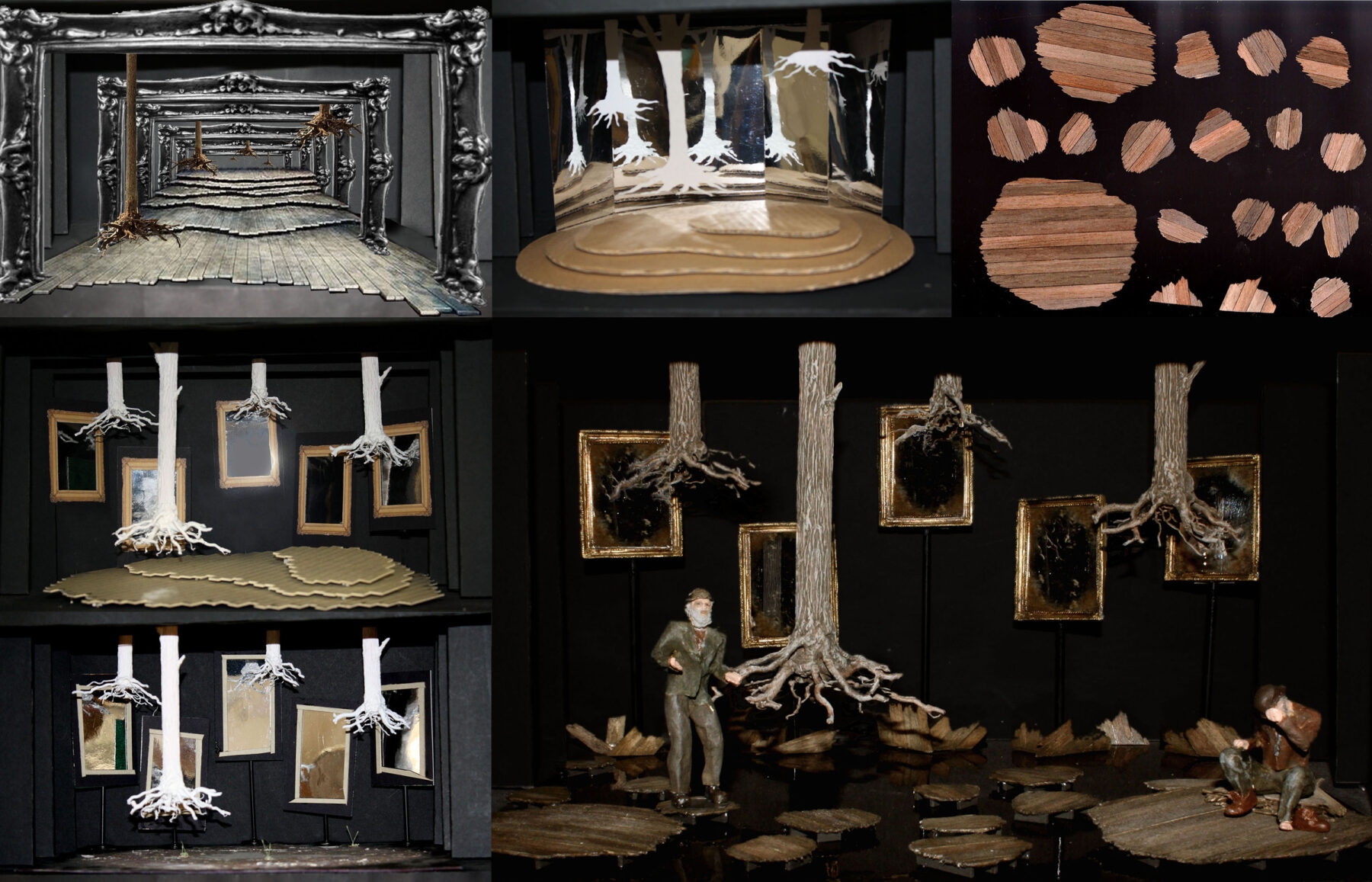 The country road in the script is, to me, an allegory for a route between two stages in life that people usually pass through, but these characters have got caught in a loop of repeating actions and events.

I wanted to create a parallel universe, where alternate versions are glimpsed through portals.  Initial ideas were of a hall of mirrors, things being reflected many times, each with slight distortion. Choosing to elevate trees as if they were slowly rising through this alternate reality, I positioned one tree lower in the space giving us the tree featured in the play.

Until late in the process, I had a large oval wooden floor, but this worked against the transitionary space I was trying to create. I decided to cover the floor area with a black reflective surface on which the characters cannot step and broke the wooden floor into floating stepping stones, creating a pathway through the space.  This decision influenced the blocking of the action, resulting in a choreographed route over the stones to navigate the space.