Andie Scott is an international artist and award winning designer, completing her MA (distinction) at London College of Fashion in Costume Design for Performance 2017. Her Theatre and costume Designs 2016 – 19 include From Ibiza to the Norfolk Broadswritten and directed by Adrian Berry, Di Sherlock’s Mary’s Hand; an opera in sumptuous costume about Mary Tudor performed by Clare McCaldin touring 2019 – 20.

FROM IBIZA TO THE NORFOLK BROADS 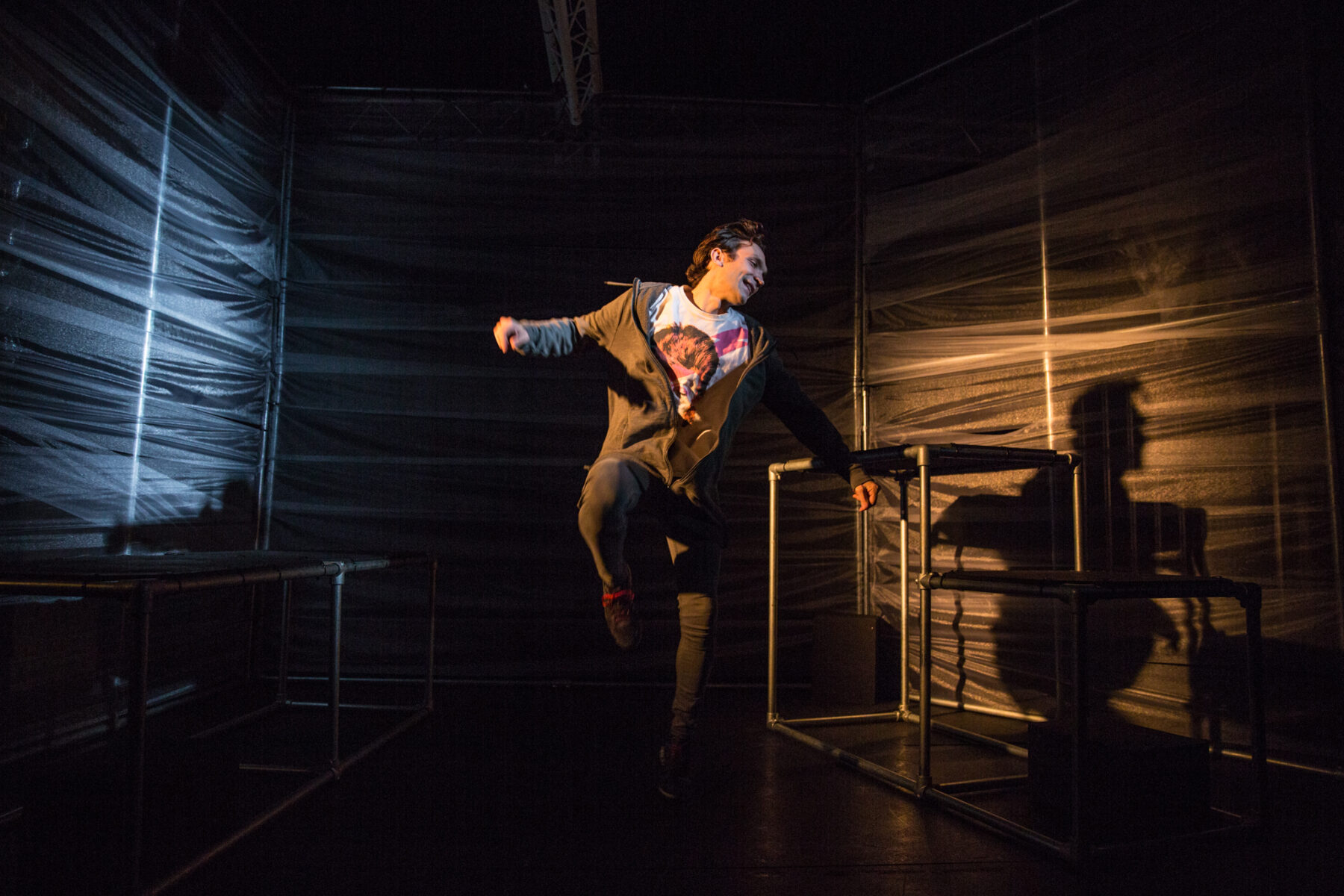 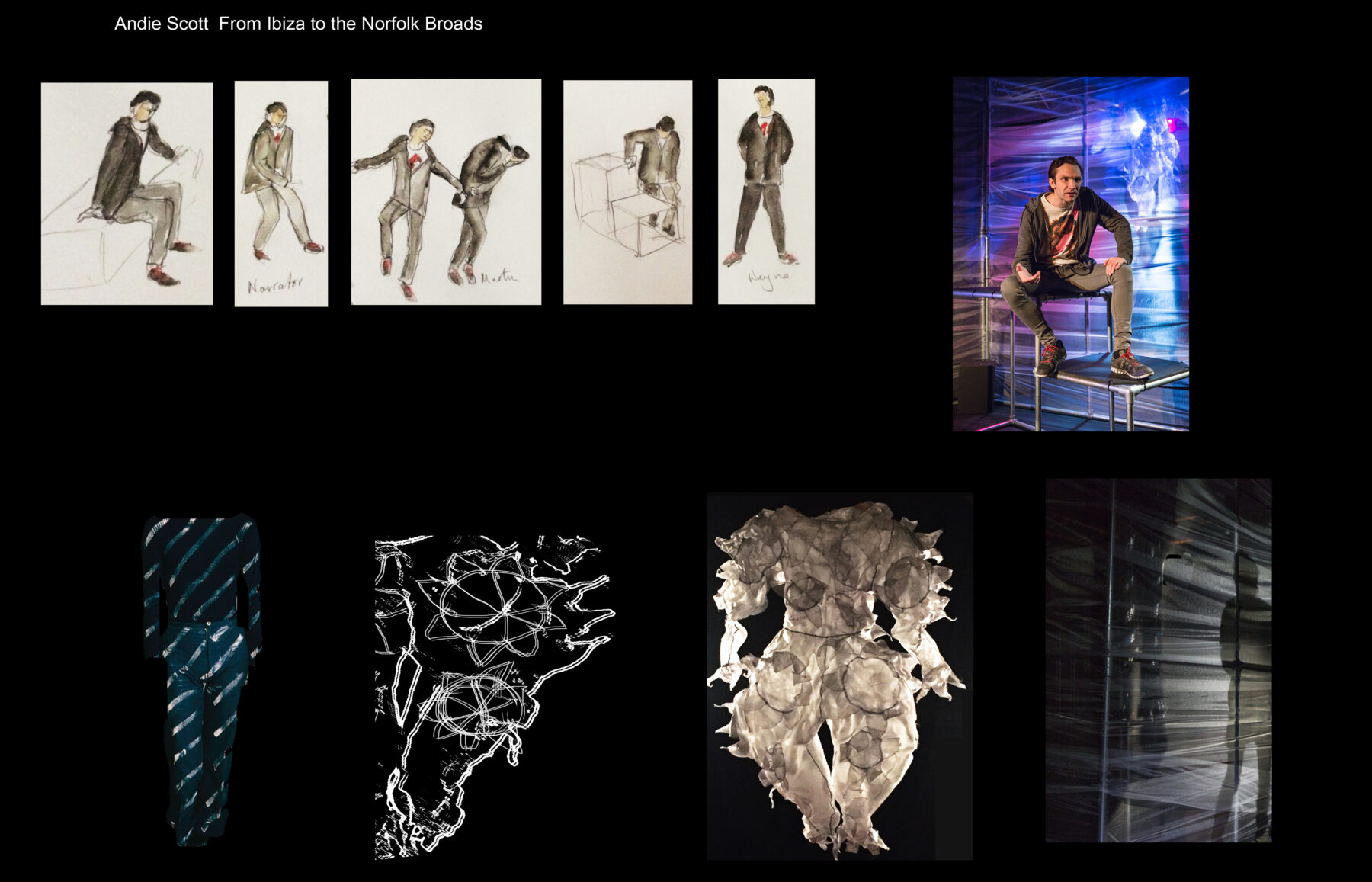 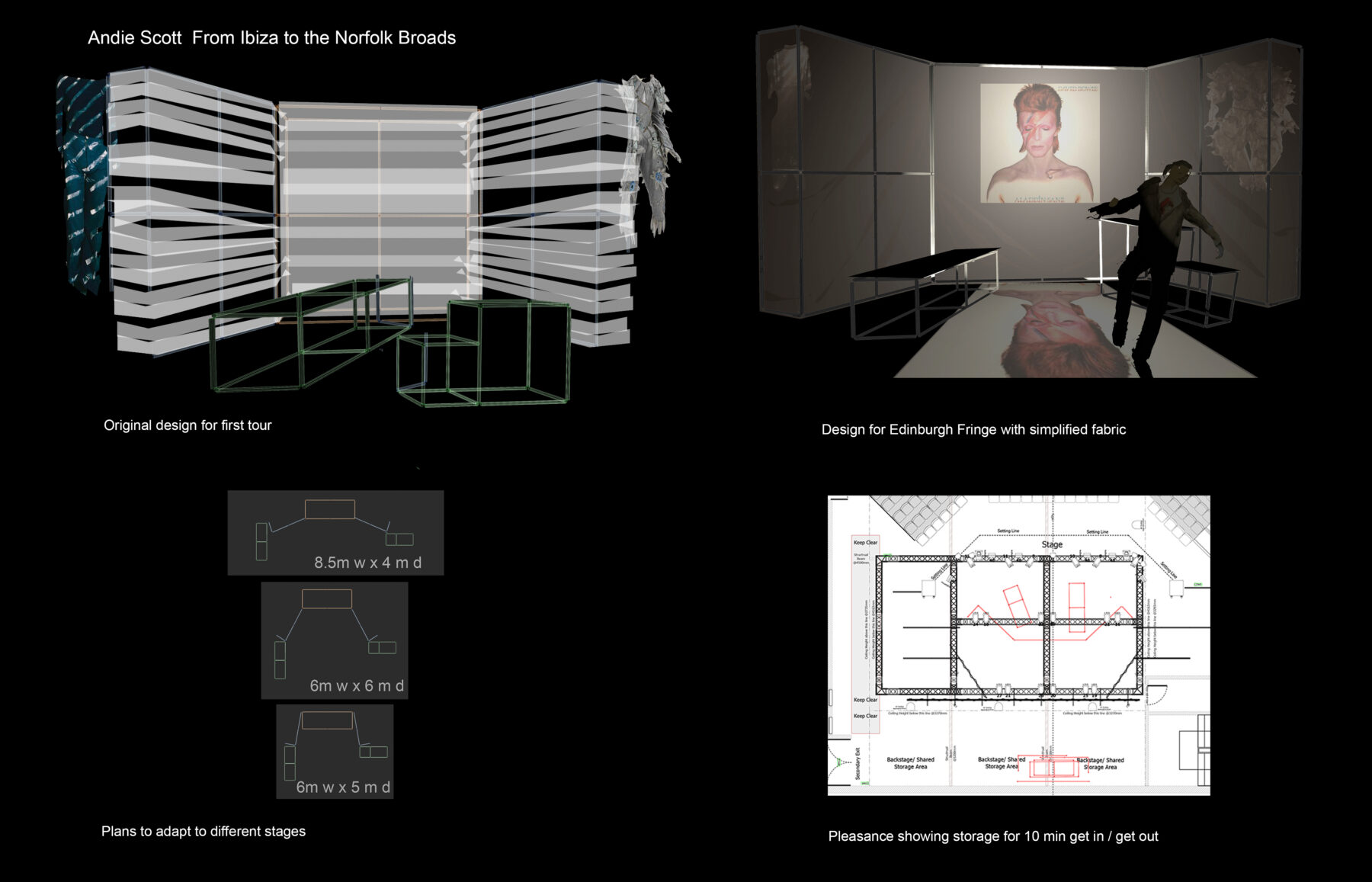 The tale of a young David Bowie obsessive, Martin is a boy with an eating disorder. The issues raised through the writing by Adrian Berry – an illness no-one understands and a head full of sound and vision he travels through the haunts of his hero to the sounds of Bowie.

The challenge was to design a set which is tour able in a transit van with a half hour  get in/get out and to satisfy my desire to create a 95% recyclable theatre.