Alys Whitehead is an early career Performance Designer trained at Central Saint Martins and based in London. She was nominated for an Off West End Award in 2019 for Aisha at the Old Red Lion and Tristan Bates Theatre.

I came to theatre from a photography and installation maker background because I was drawn into storytelling and how to create expressive and truthful designs for performers and audiences to connect within. The way that set and costume for theatre does not stand alone as an installation, but marries up with different contributions to make a performance that is ever-changing, is for me, bringing art to life. I have found theatre design the most exciting medium of art and protest that I have ever expressed my ideas with. I love working with a script to design spaces that morph organically through deep conversations about human experiences with directors and performers. 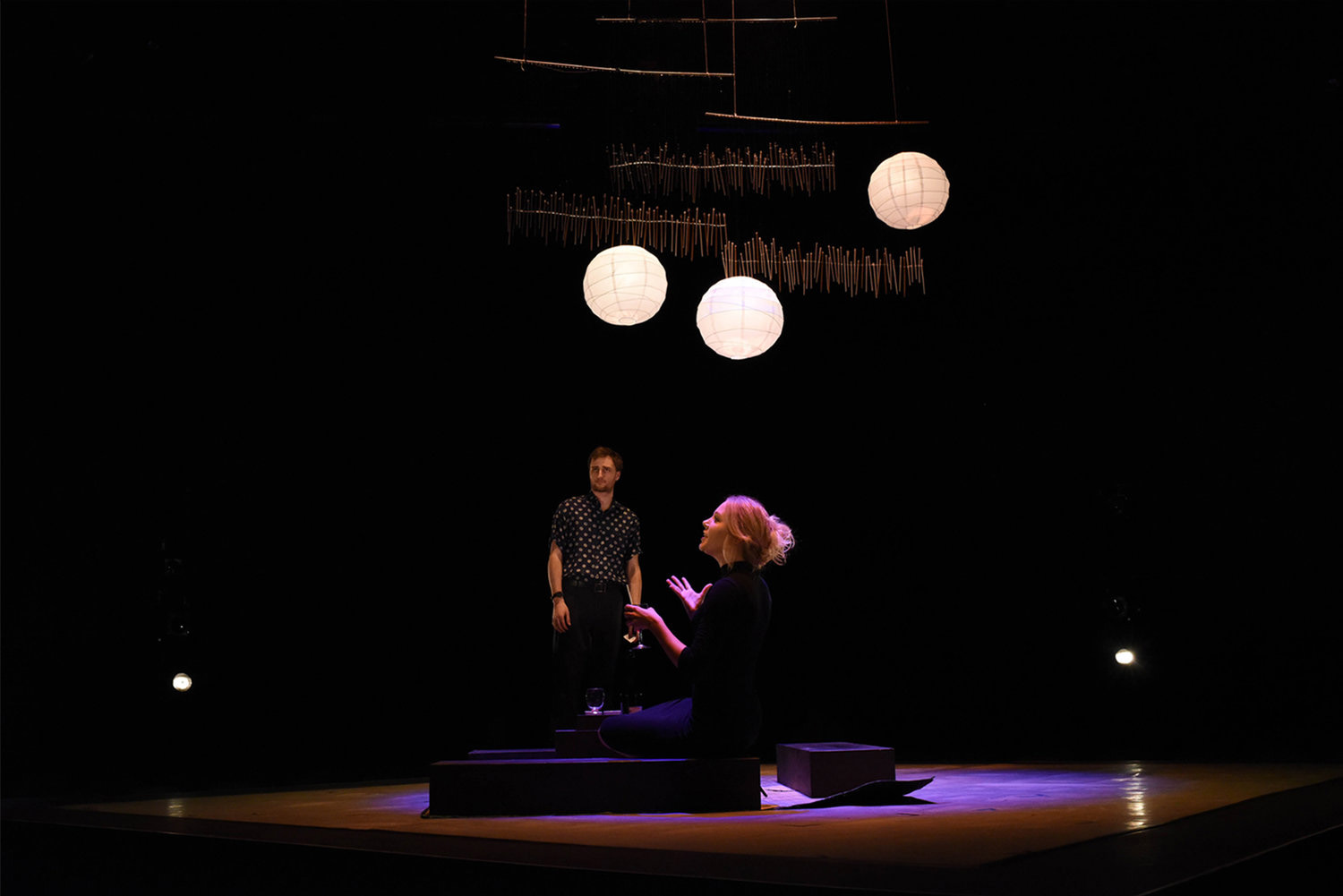 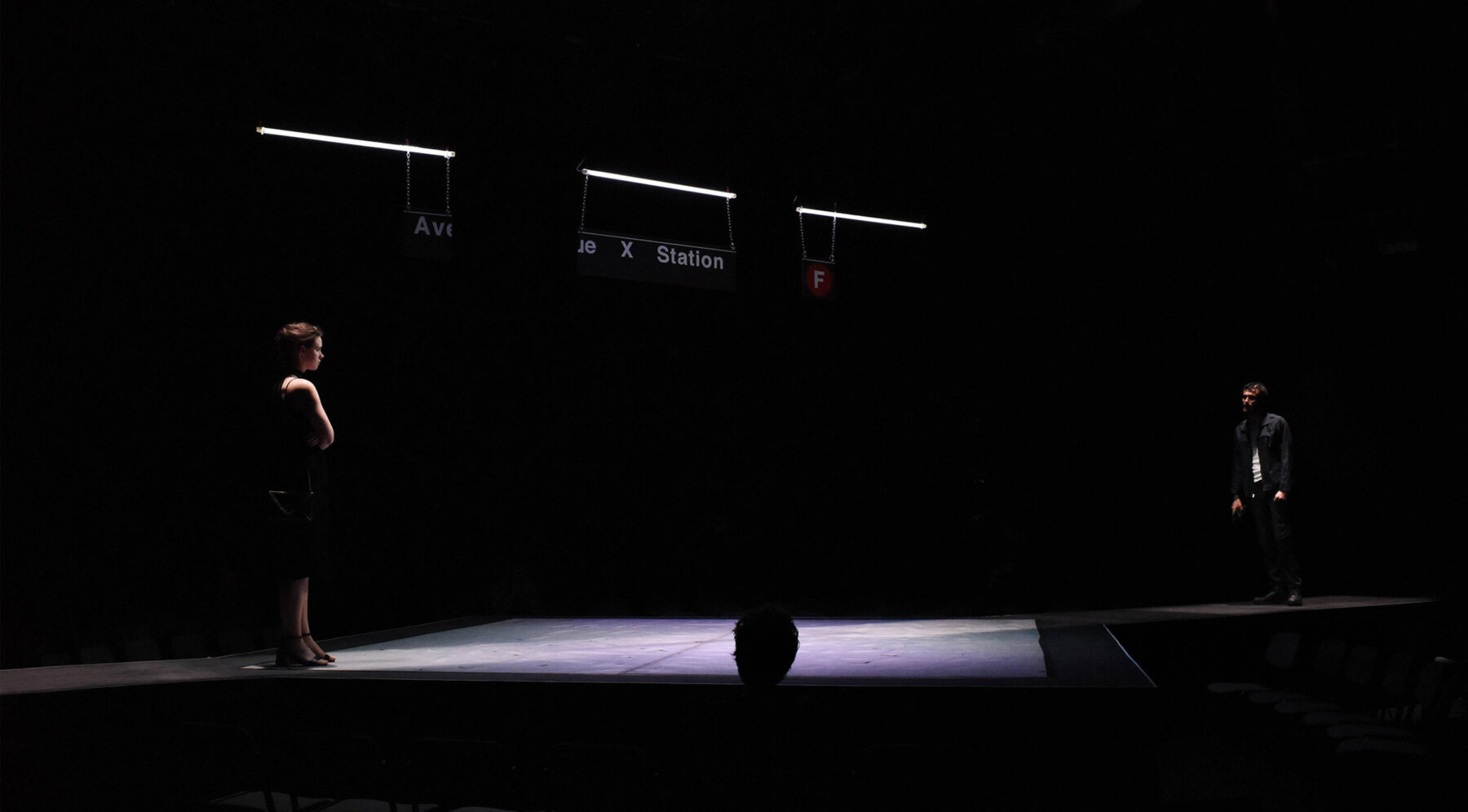 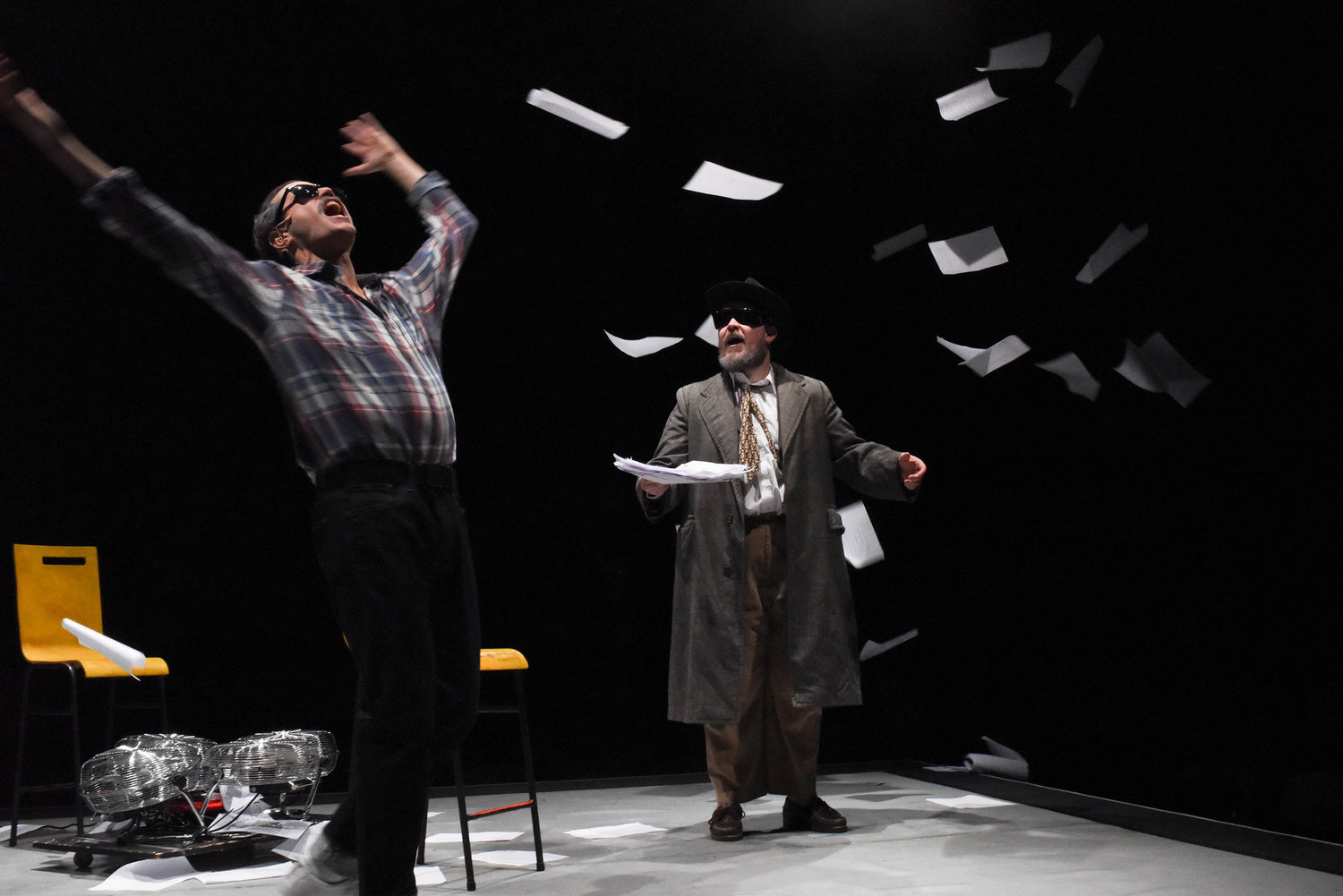 The play follows the exploitation of a woman and her story in the interests of entertainment and the film industry. My design aimed to emulate the film treatment that was being created to sell this woman’s story; and, as the play unfurled, the set and costume became more saturated, glossy and cinematic, the play becoming the film treatment itself by the end with the audience never really leaving the film studio where the story starts being told. When designing The Treatment, I wanted to create a set that could morph and change face at a moment’s notice. A set that could be stripped down and leave the character abandoned in the space or be completely bombarded with lights and colour and action. One of the first decisions the director and I made was to have our configuration in the round. Combining this with using flying bars we could achieve the concept of adaptation and transfiguration we wanted. Having it in the round also created an amphitheatre, a gladiator arena of New York for the characters to be trapped in.