Adrian trained at Wimbledon School of Art in London. His work is concentrated in theatre and opera. Collaborating in the UK and abroad creating both sets and costumes for differing scales of performance. Recent productions include Street Scene for Royal Conservatoire of Scotland, where he has also designed Agrippina, The Vanishing Bridegroom, and currently the first UK production of Dead Man Walking.
Other work includes:- Tamerlano, Buxton Opera; UK tour’s of King Lear, staring Michael Pennington; Dear Lupin, and The Habit of Art, and world premieres of  Lockart London and A Twist of Fate Singapore; also, Women Beware Women and The Winter’s Tale, RADA; Die Fledermaus and Katya Kabanova, Scottish Opera. 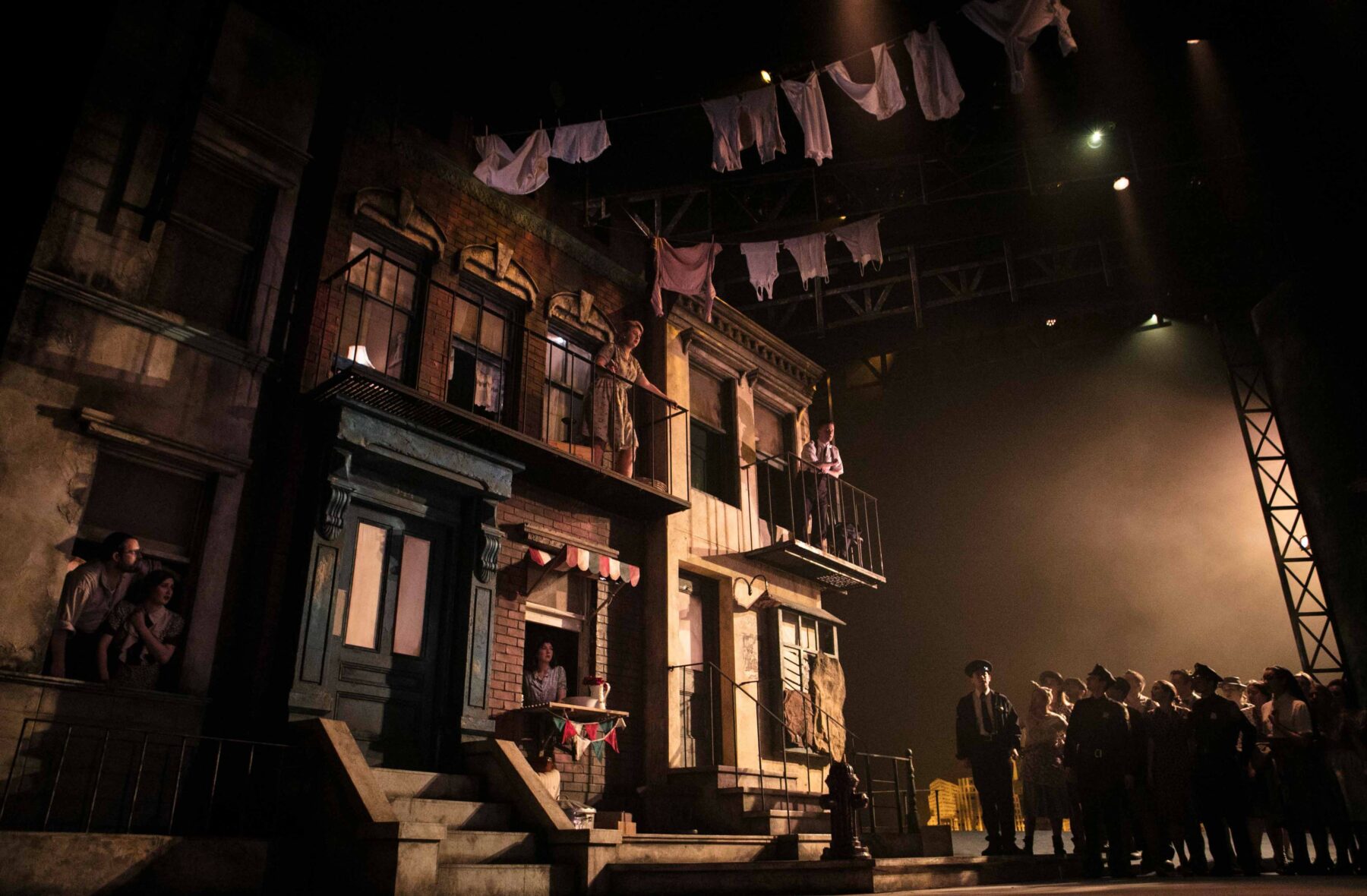 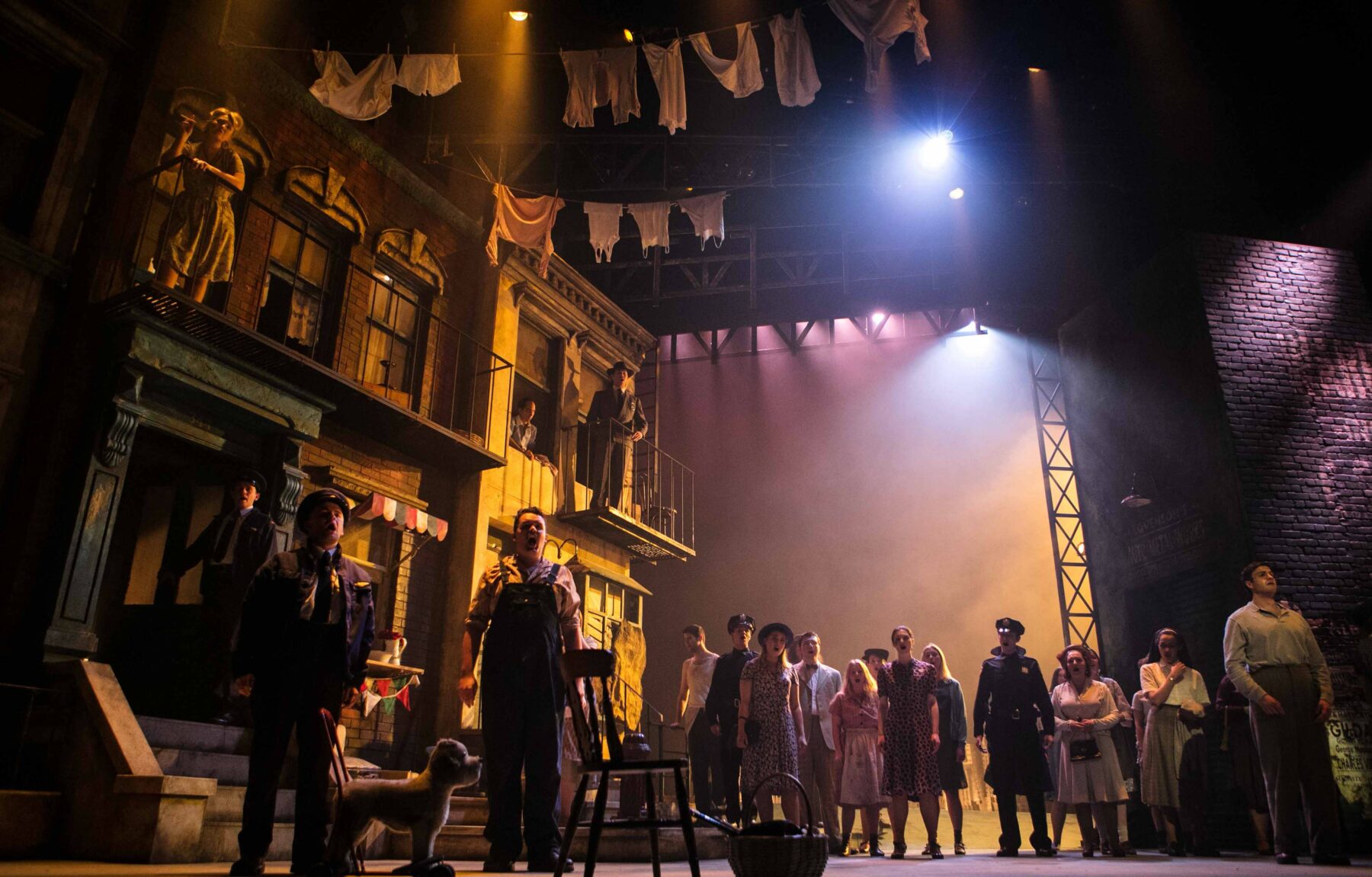 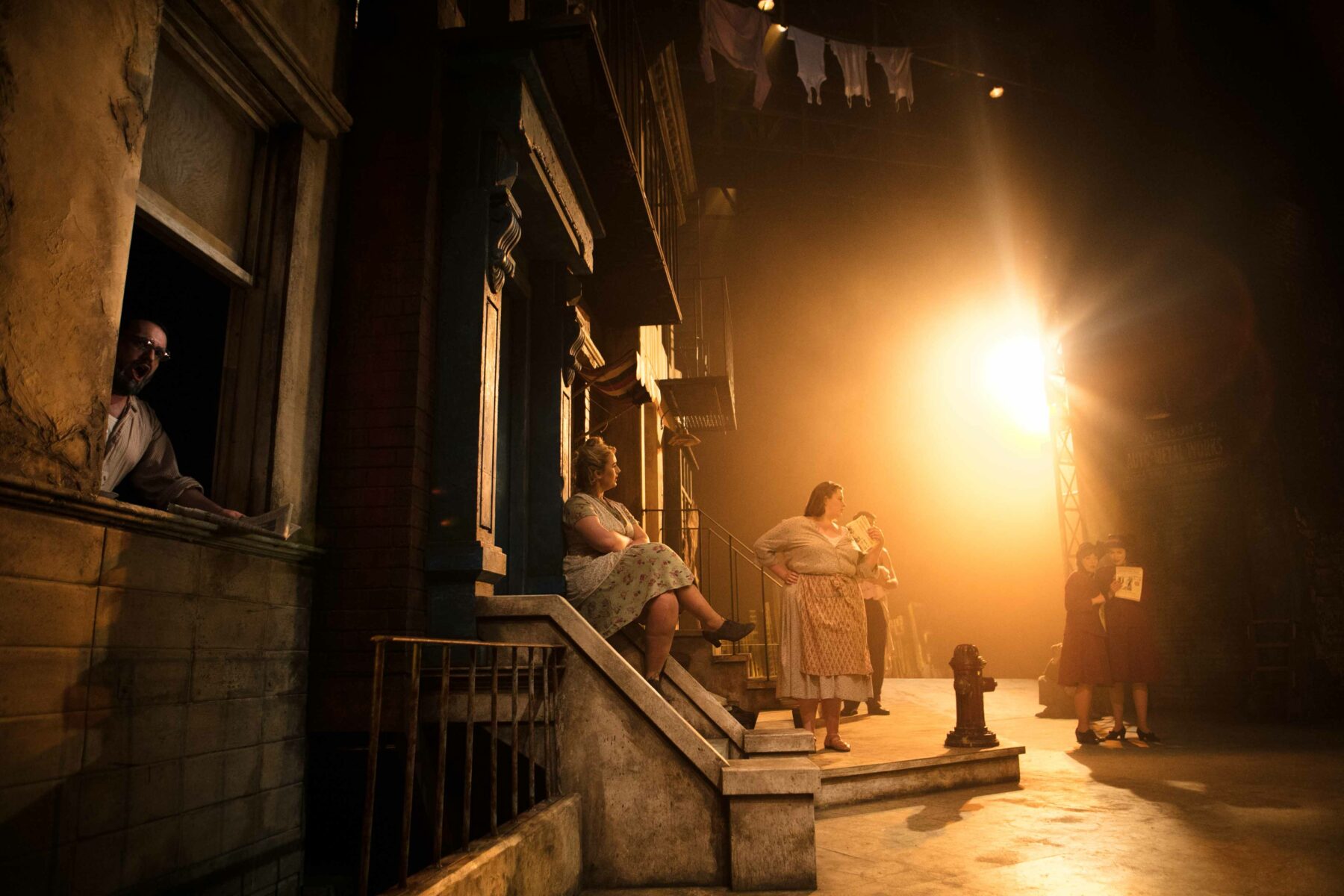 A Big project for the Conservatoire in terms of cast, musicians and setting. Alex, the director and I wanted to contrast the façade of the lower east side against the new look of Midtown Manhattan, an architectural contrast to the dreams and aspirations of the people who lived in the tenements.

Set in the heat of the summer, each character attempts to show a public face to the world so we only wanted to allude to what went on inside the characters respective homes, never quite seeing what was thought and talked about.

We set the cramped tenement buildings on an angle, and to give more of a sense of claustrophobia had a rail track bridge immediately above. The downstage buildings made of quite traditional wood and canvas, the Midtown Manhattan landscape built of metal and plastic to give a contrasting feel to the two worlds which were so close together.