She works as a set and costume designer and is based in London, UK. 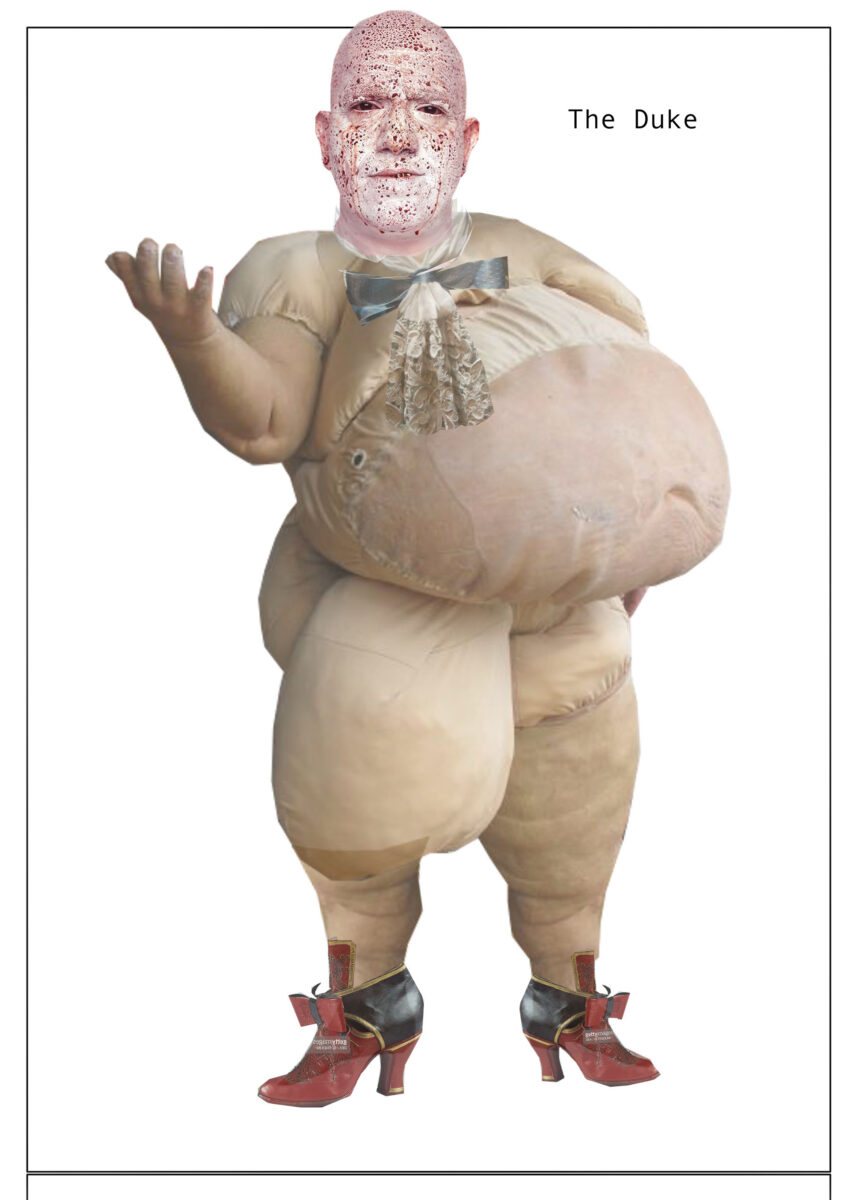 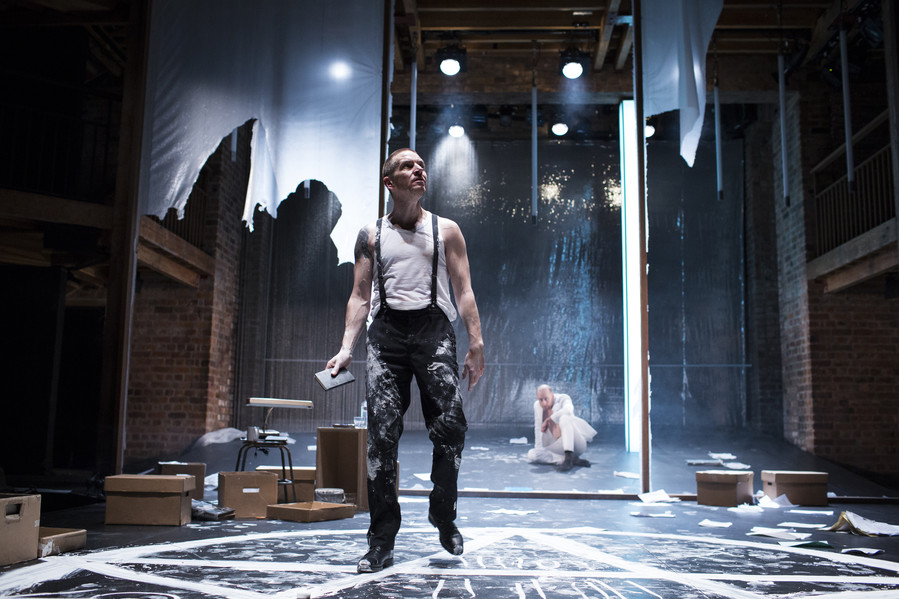 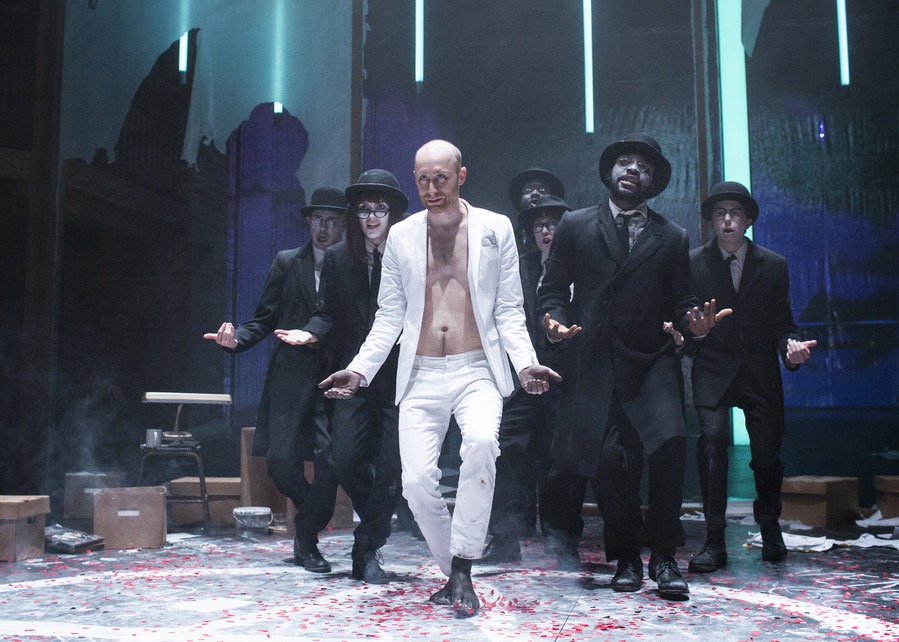 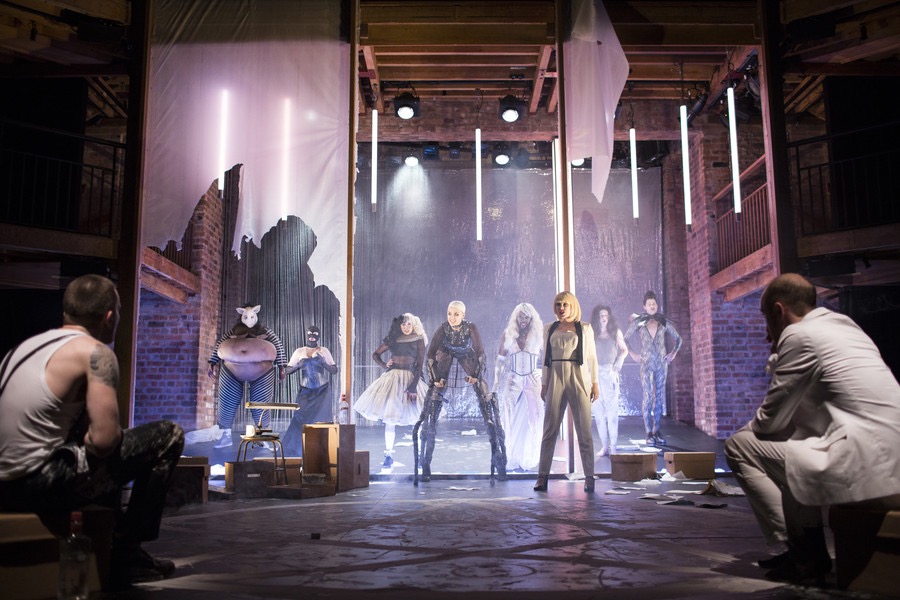 The play started with two actors striking a match each to decide who should play Faustus and who Mephistopheles for that performance.

We were interested in exploring the two characters being facets of the same person and Faustus’s journey being one into insanity. The design was bare boned; an empty stage with only a plastic sheet which Mephistopheles rips when he enters the space. All other characters took on an increasing grotesque persona as the play progressed.

“
I WAS LUCKY AND TOOK PART IN AN ERASMUS EXCHANGE WHILST STUDYING AND STUDIED FOR FOUR MONTHS IN MAASTRICHT. SINCE THEN I HAVE WORKED IN GERMANY, SWEDEN AND NOW IN THE NETHERLANDS ALONGSIDE MY MAIN PRACTISE IN THE UK. IT HAS BEEN FUNDAMENTAL TO MY WORK TO PARTAKE IN THESE INTERNATIONAL DIALOGUES BOTH AT HOME AND ABROAD AND WITH THE IMMINENCE OF BREXIT WE WILL NEED TO WORK OUT HOW TO CONTINUE THESE CONVERSATIONS.”