Max Jones is a Bristol born, London based Stage Designer who graduated from The Royal Welsh College of Music and Drama. He was a winner of The Linbury Biennial Prize for Stage Design in 2001 and was nominated in the Best Design category at the 2014 UK Theatre Awards for True West (Glasgow Citizens Theatre). Max was also an Associate Artist at Theatre Clwyd between 2008 to 2015 under Terry Hands. 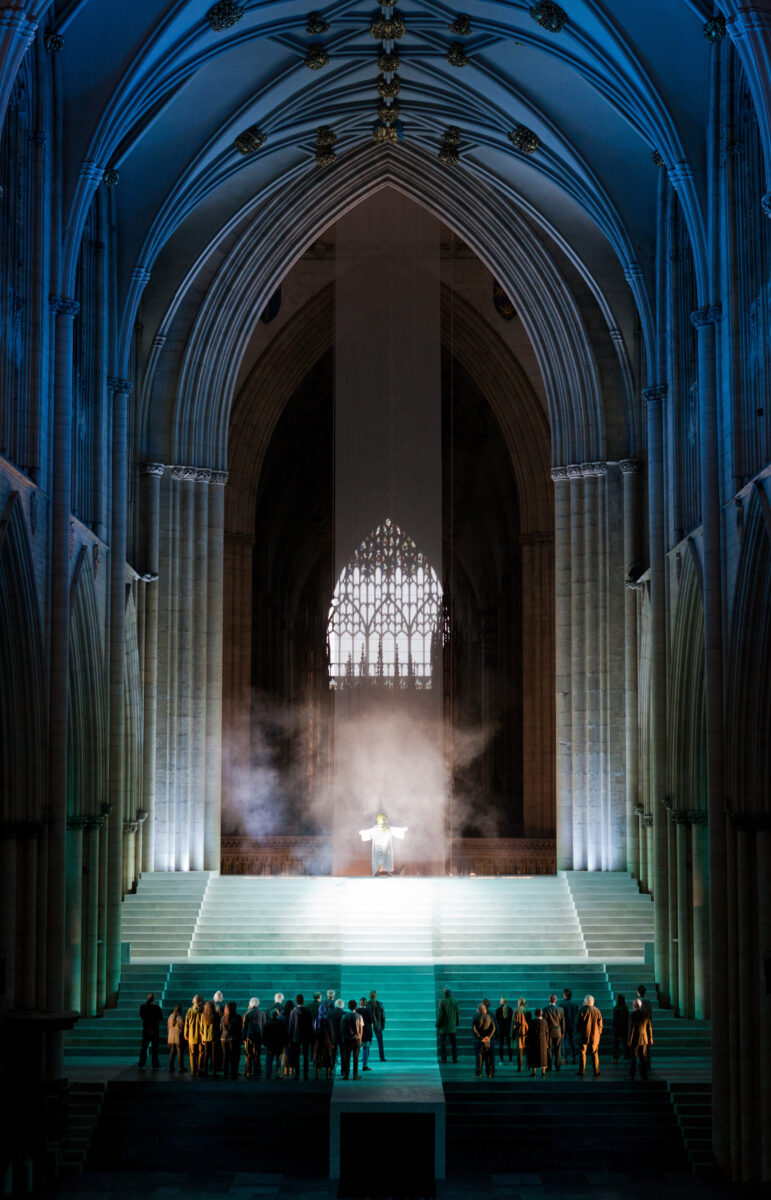 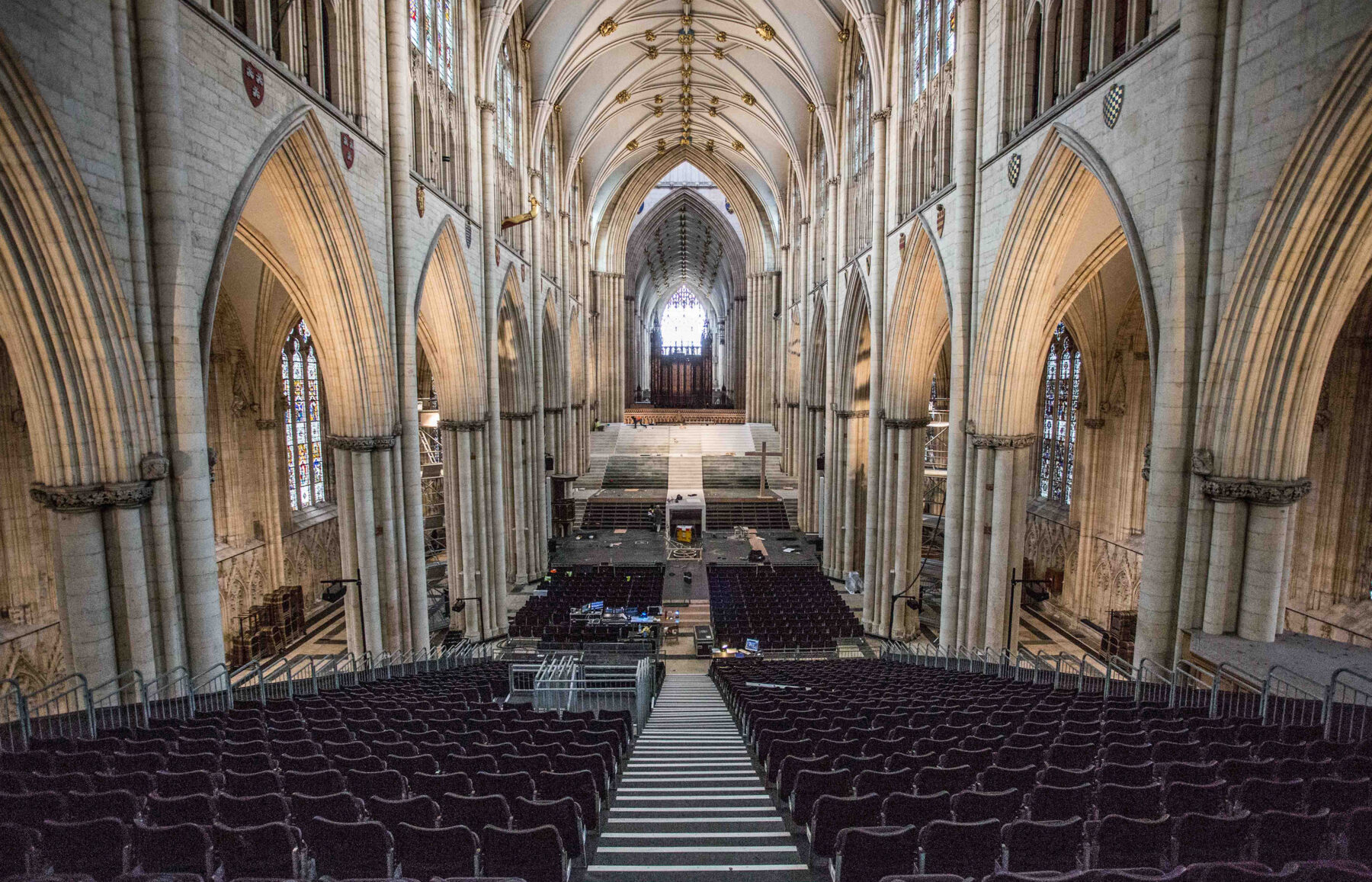 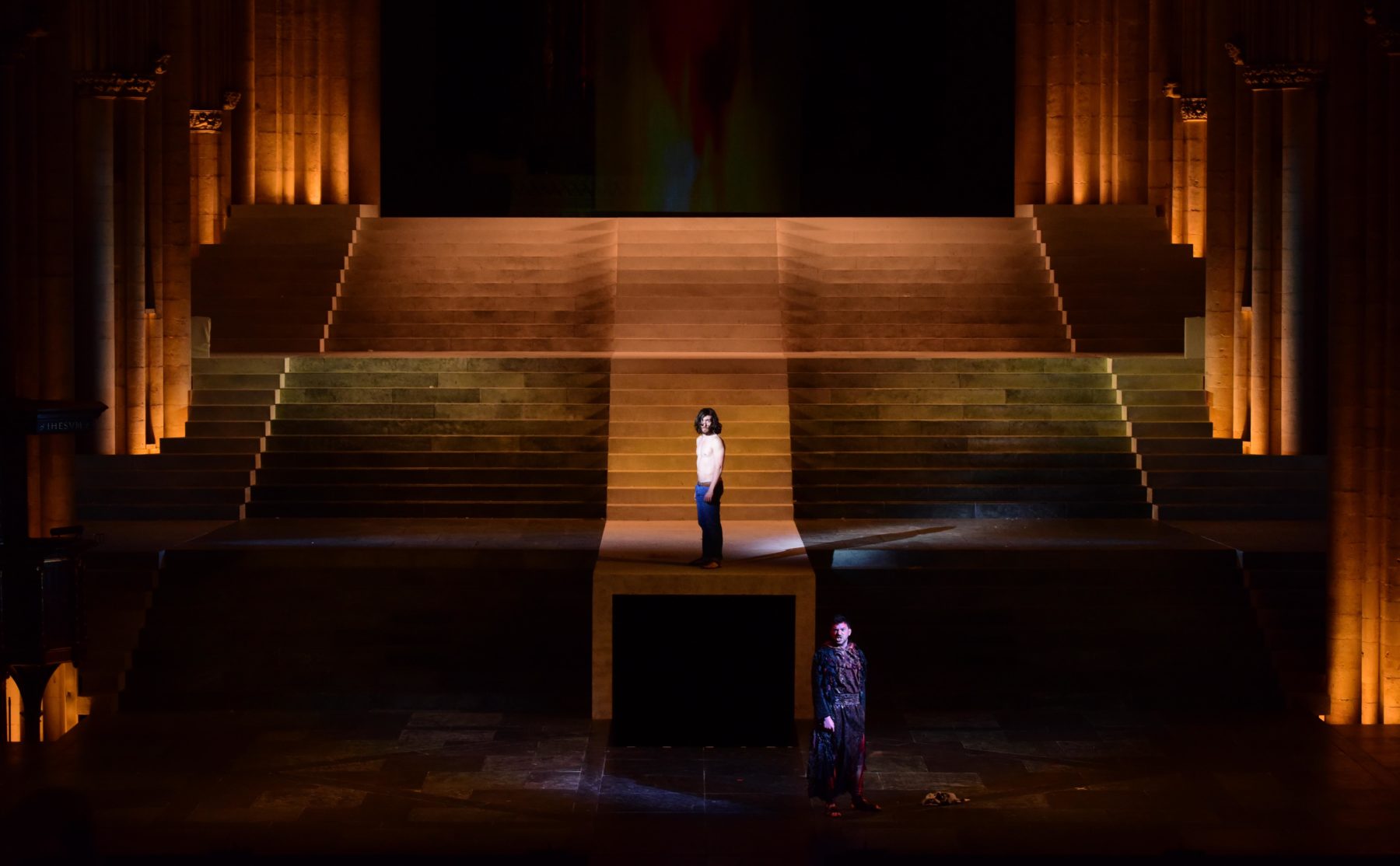 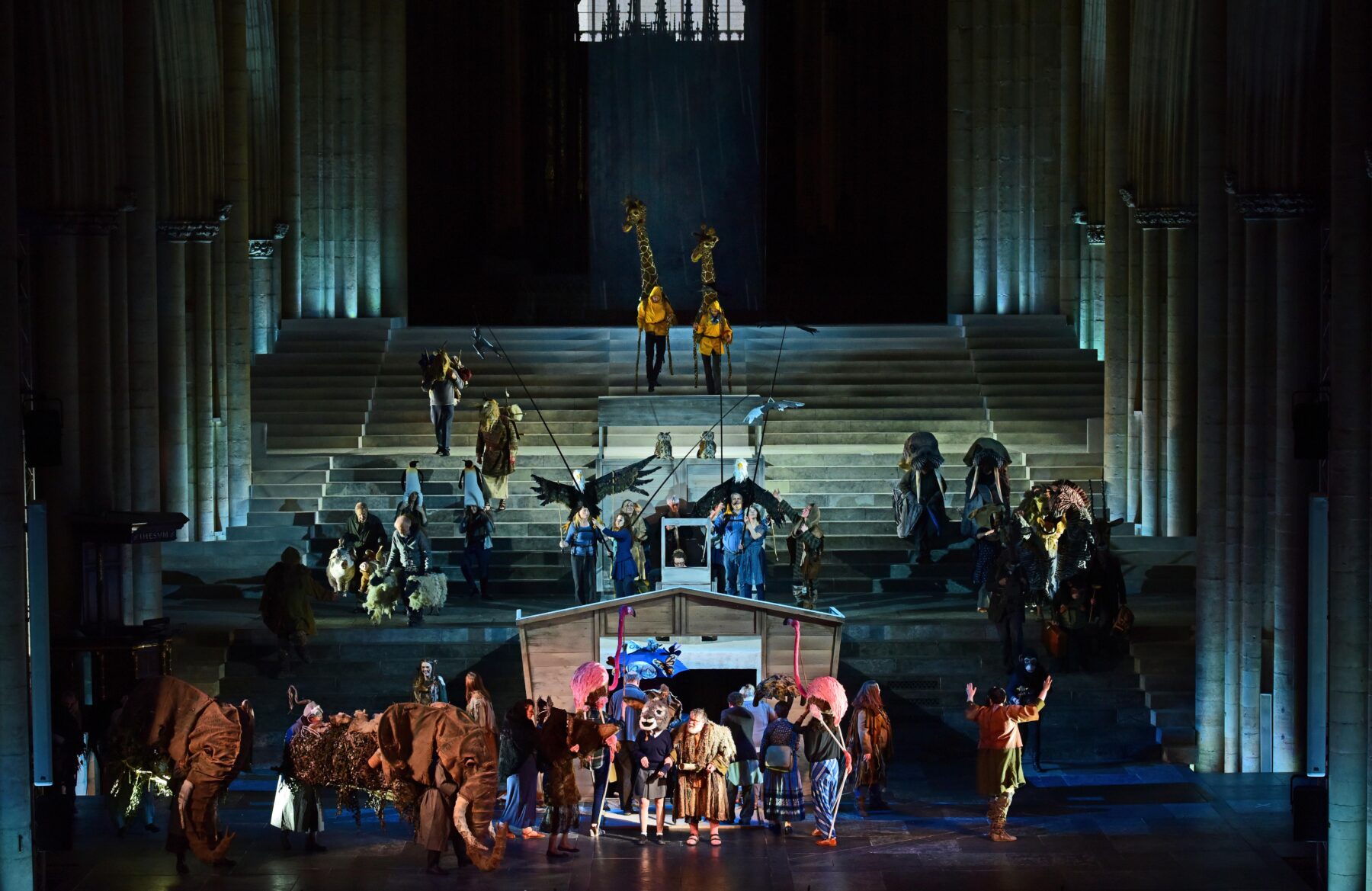 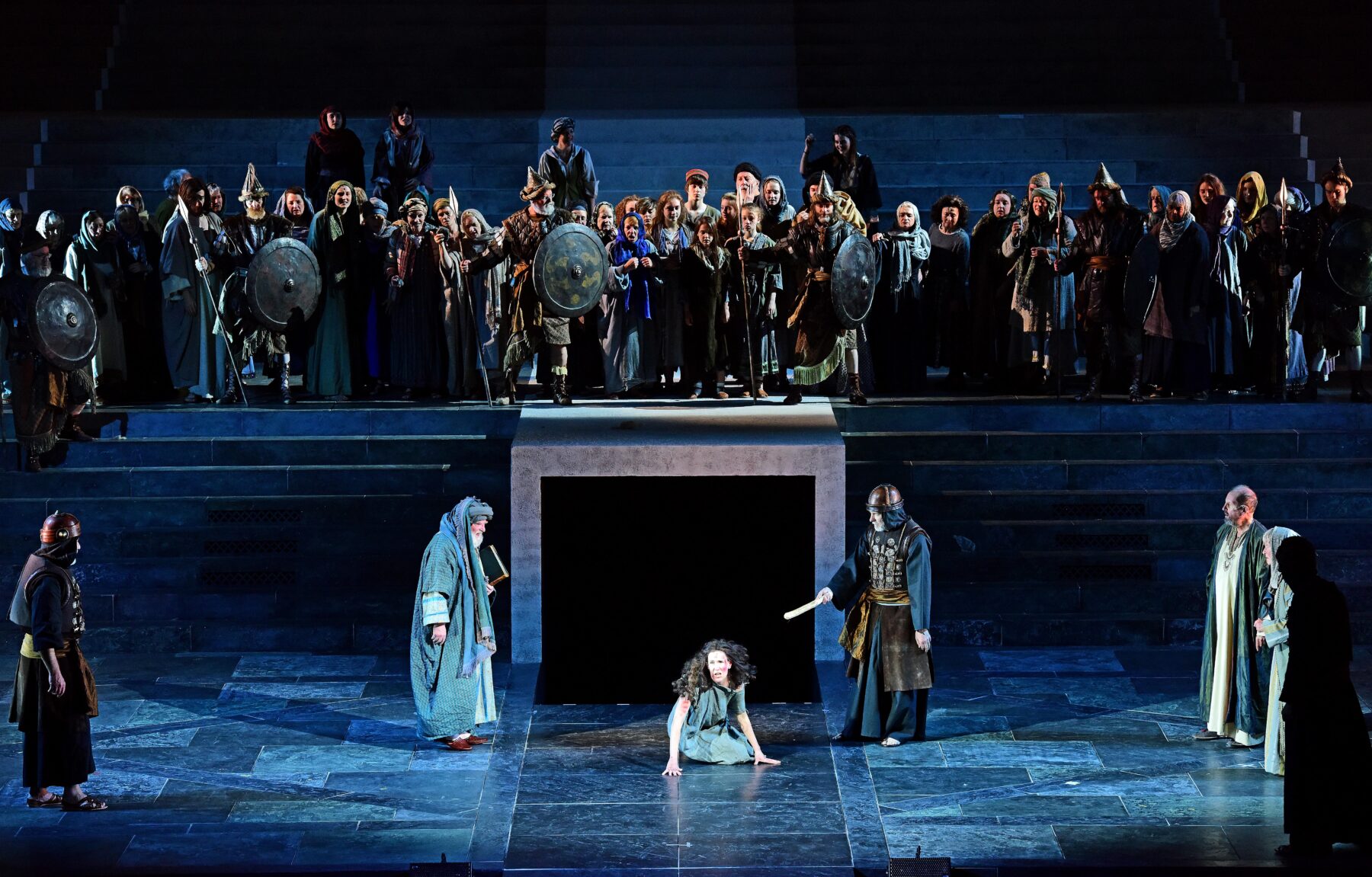 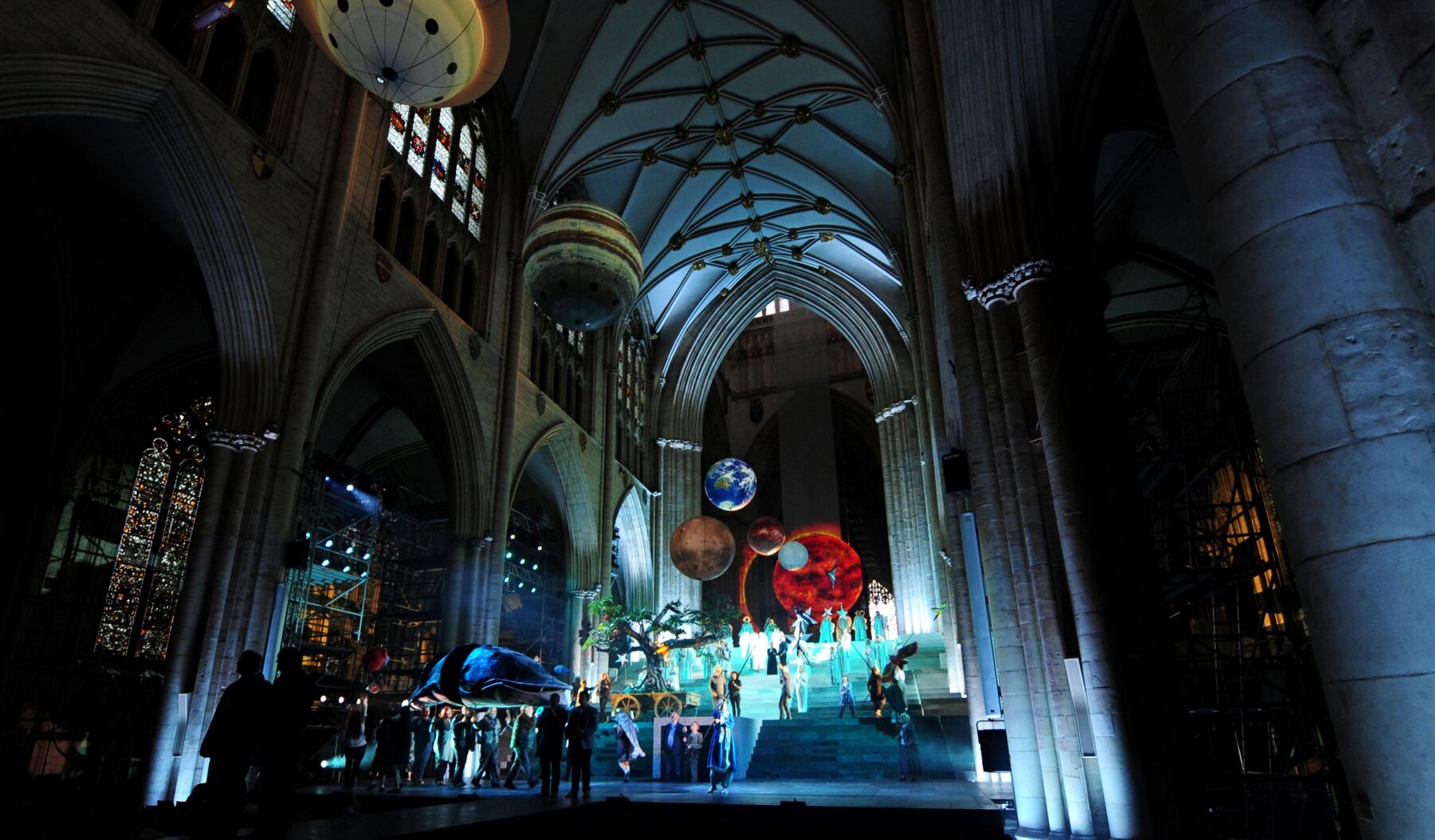 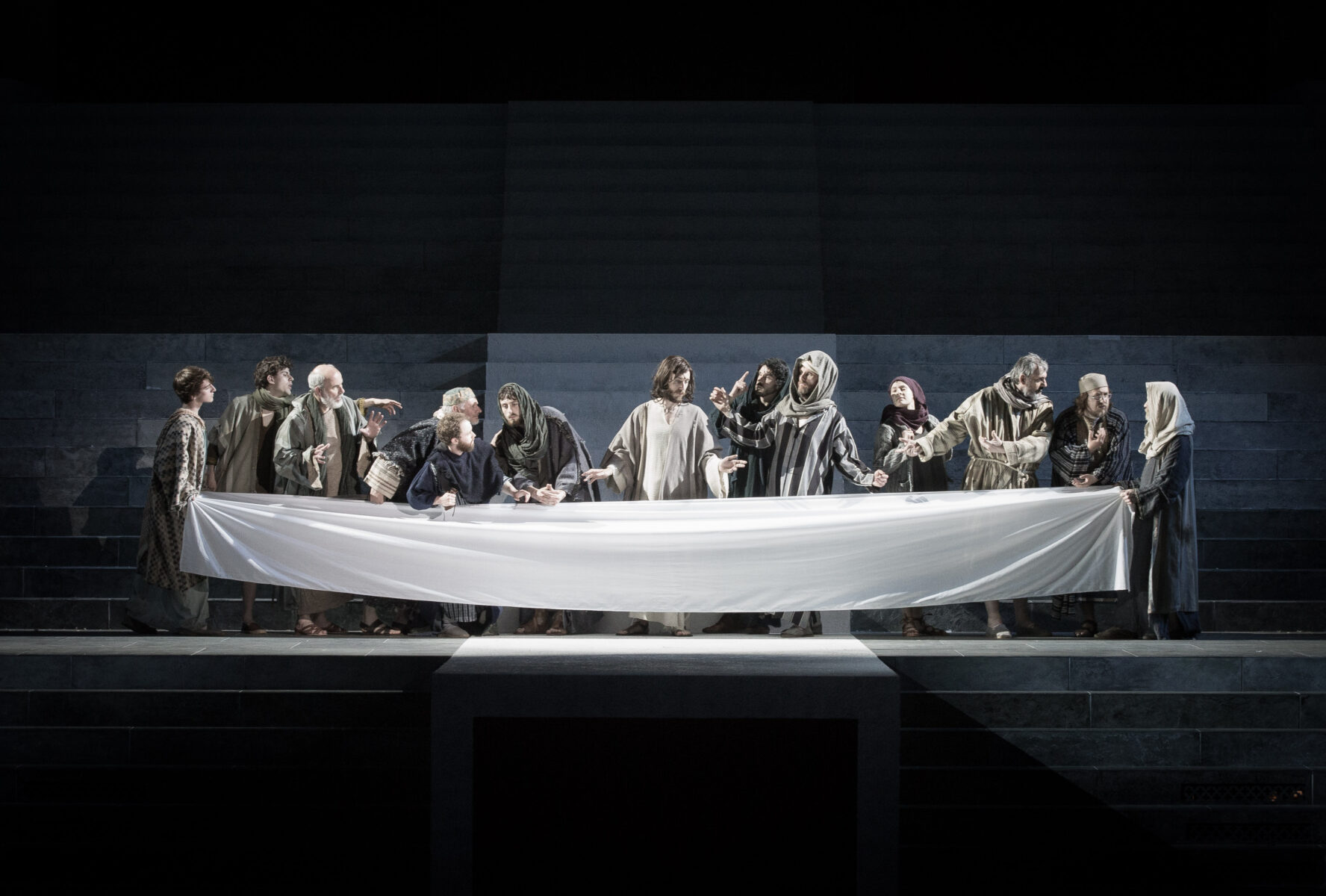 The Mystery Plays are a medieval pageant tradition, typically performed in the streets of York, which re-tell stories of The Bible from Creation through to The Last Judgement. This was only the second time in the plays 700-year history that they would be performed inside York Minster.

The Minster is the second largest Gothic cathedral in Northern Europe. With a total installation length of 80m, a 1000 seat auditorium was installed in the west end of the Nave with a tiered thrust stage installed in the east. At its highest the installation reached 50m up into the central tower. The set was designed to blend seamlessly with the architecture of the building, so as to both reduce its apparent volume, but also to give the impression that this spectacular Gothic monument had bent itself to the purpose of presenting these plays.

The production team consisted of a professional creative team, plus one professional actor. The acting company was made up of 200 local amateur performers, with a similar number of ‘Mystery Makers’ working voluntary behind the scenes. This large-scale project was a critically acclaimed collaboration between local community members, schools and professional theatre artists and was the recipient of a York Culture Award in 2016.

“I’D SAY IT’S NOW VERY RARE FOR A DIRECTOR TO APPROACH ME IN THE EARLY STAGES WITH ANY SORT OF CLEAR ‘VISION’ FOR A PIECE. DESIGNERS OVER THE LAST 20 YEARS HAVE BECOME INCREASINGLY TUNED IN DRAMATURGICALLY AND CAN OFTEN BE THE LEAD CREATIVE INSTINCT IN ‘UNLOCKING’ A PIECE OF WORK. I WOULD HOPE THAT THIS DEVELOPED SENSE MIGHT ALSO LEAD MYSELF TO HAVE THE CONFIDENCE TO INITIATE PROJECTS OF MY OWN IN THE FUTURE…”