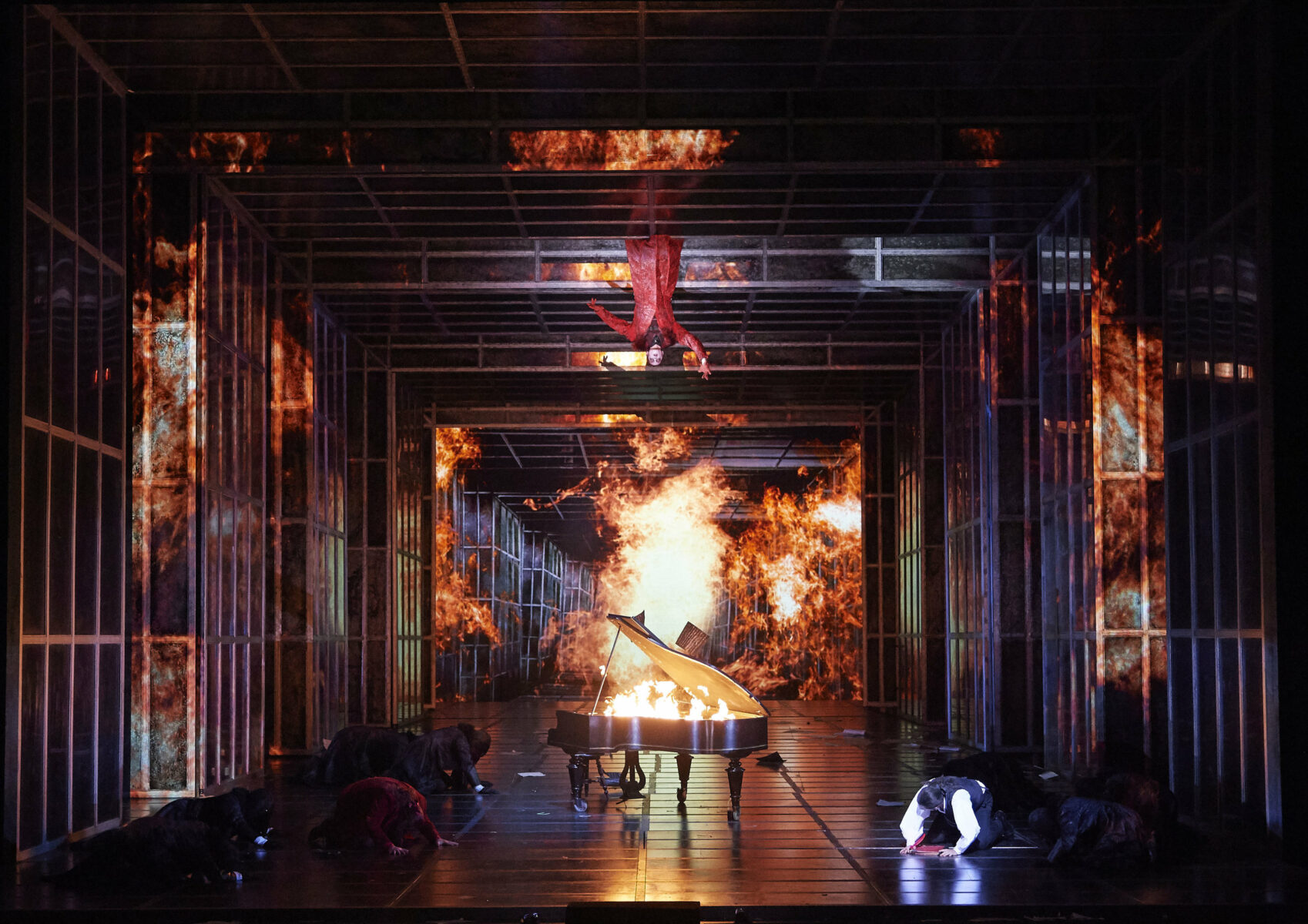 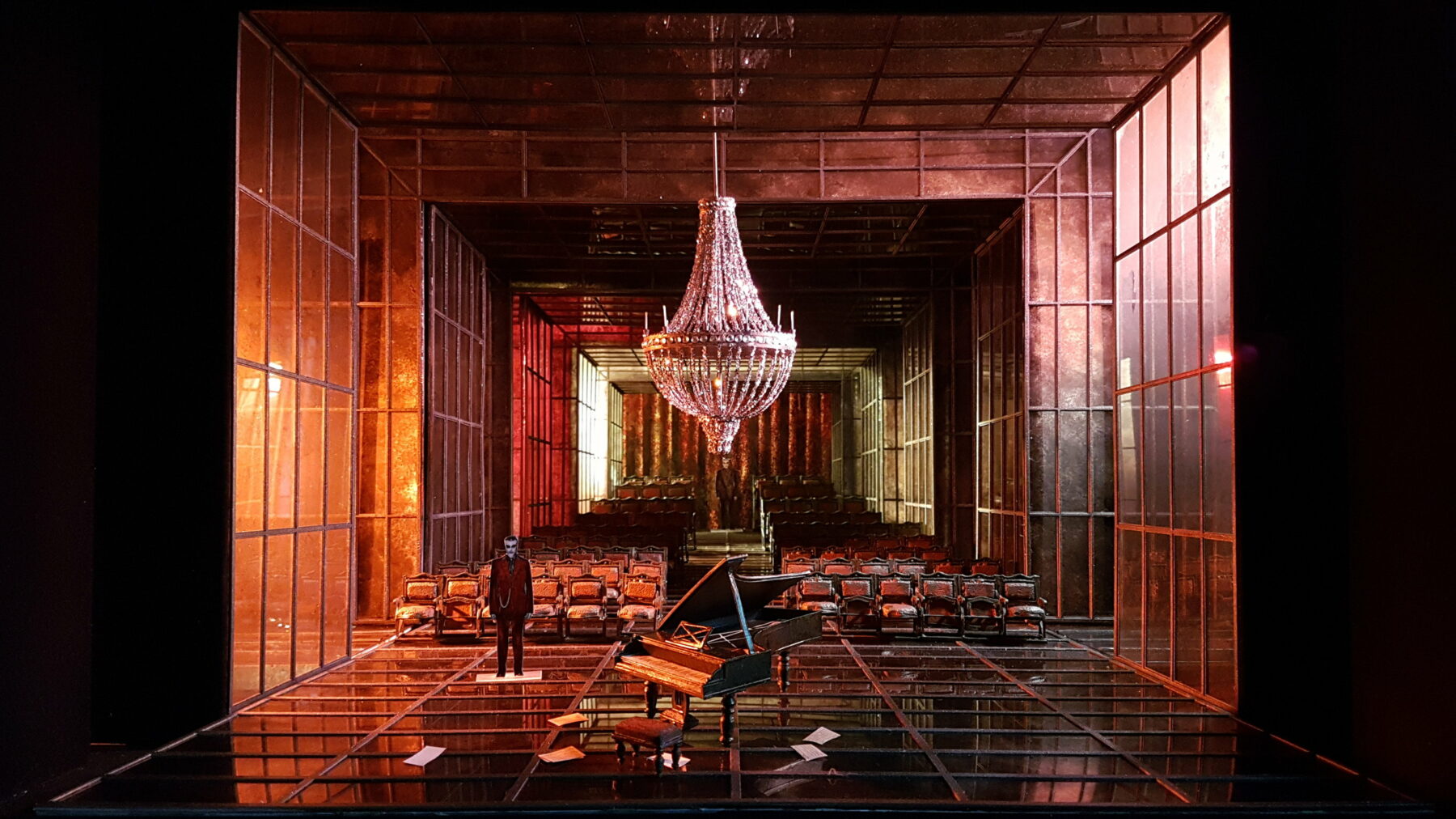 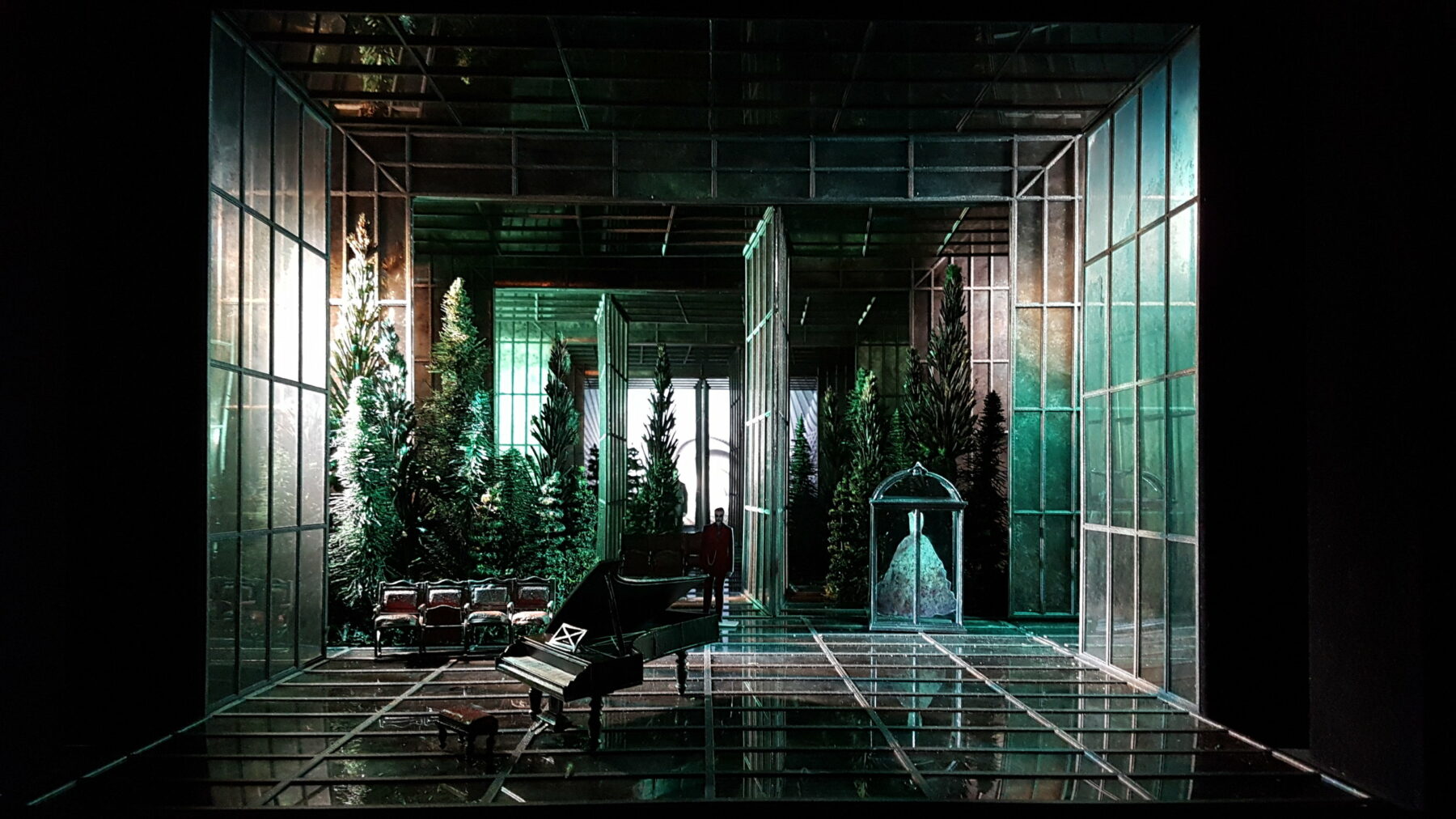 In Der Freischütz, the young protagonist Max, under pressure to win the hand of Agathe, enters into a pact with Samiel, the Devil. During the climactic Wolf’s Glen sequence he creates seven magic bullets in order to become the champion of the village’s shooting contest, in which Agathe is the prize.

The director, Christian Räth and I re-imagined the folkloristic narrative to a large degree, envisaging Max as a young Romantic composer who creates the opera we see unfold before us. His inability to shoot is subsequently seen as a creative block. The characters around him, including mysterious figures dressed as birds, emanate from his imagination.

The stage design is thus a self-consciously theatrical space. At times the set resembles an auditorium with mouldy red seats, a huge velvet curtain, and a vast crystal chandelier. At other points, dense clusters of pine trees creep in from the wings evoking a primal forest. The two worlds frequently overlap. Nina Dunn’s video projections create infinite perspectives, fusing seamlessly with the physical sets.

The joy of working as a scenographer is that one is always working on different pieces, which have varying challenges involved in their staging. Delving into different architectural styles or the work of visual artists as inspiration is always a good starting point and continually opens up new stylistic avenues to explore.