Clare McGarrigle is a Costume Designer and Educator. Clare’s interest and practice to date has focused on the relationship between body, space, movement and light, where the combinations of these elements question the boundaries and role of costume design. Clare explores the catalytic role that the costume can play in the manipulation or creation of other aspects of performance design, specifically light and set.

Clare has designed and made costumes for dance, opera and interactive theatre and has exhibited her work across a range of platforms, that include theatre, open-air events, public art installations, live performances and film screenings. Clare was awarded Bronze for her piece Two Truths are Told at World Stage Design 2017 within the Emerging Designers Category.

Clare currently lecturers on the Foundation Diploma in Art and Design at Manchester Metropolitan University. 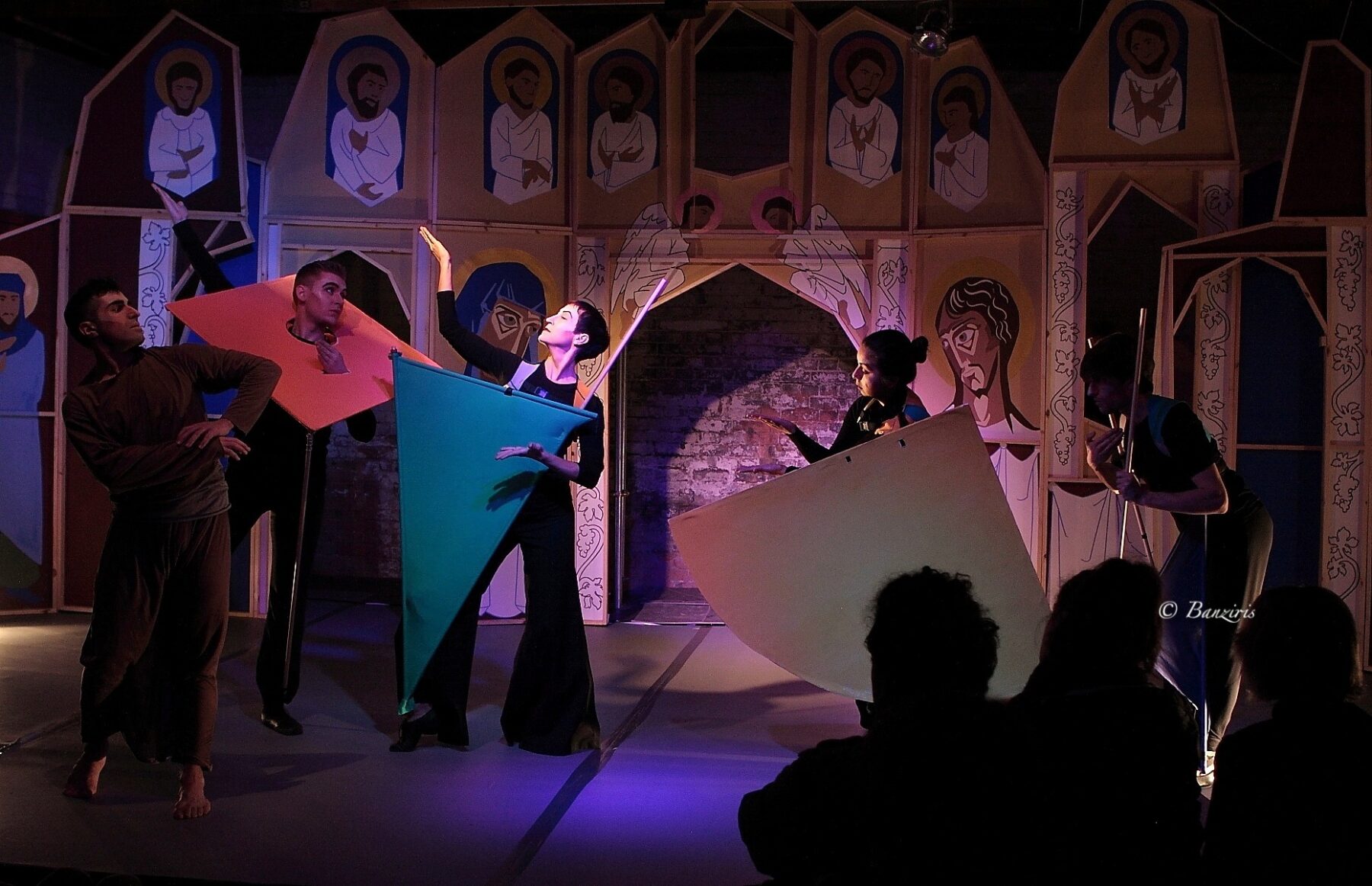 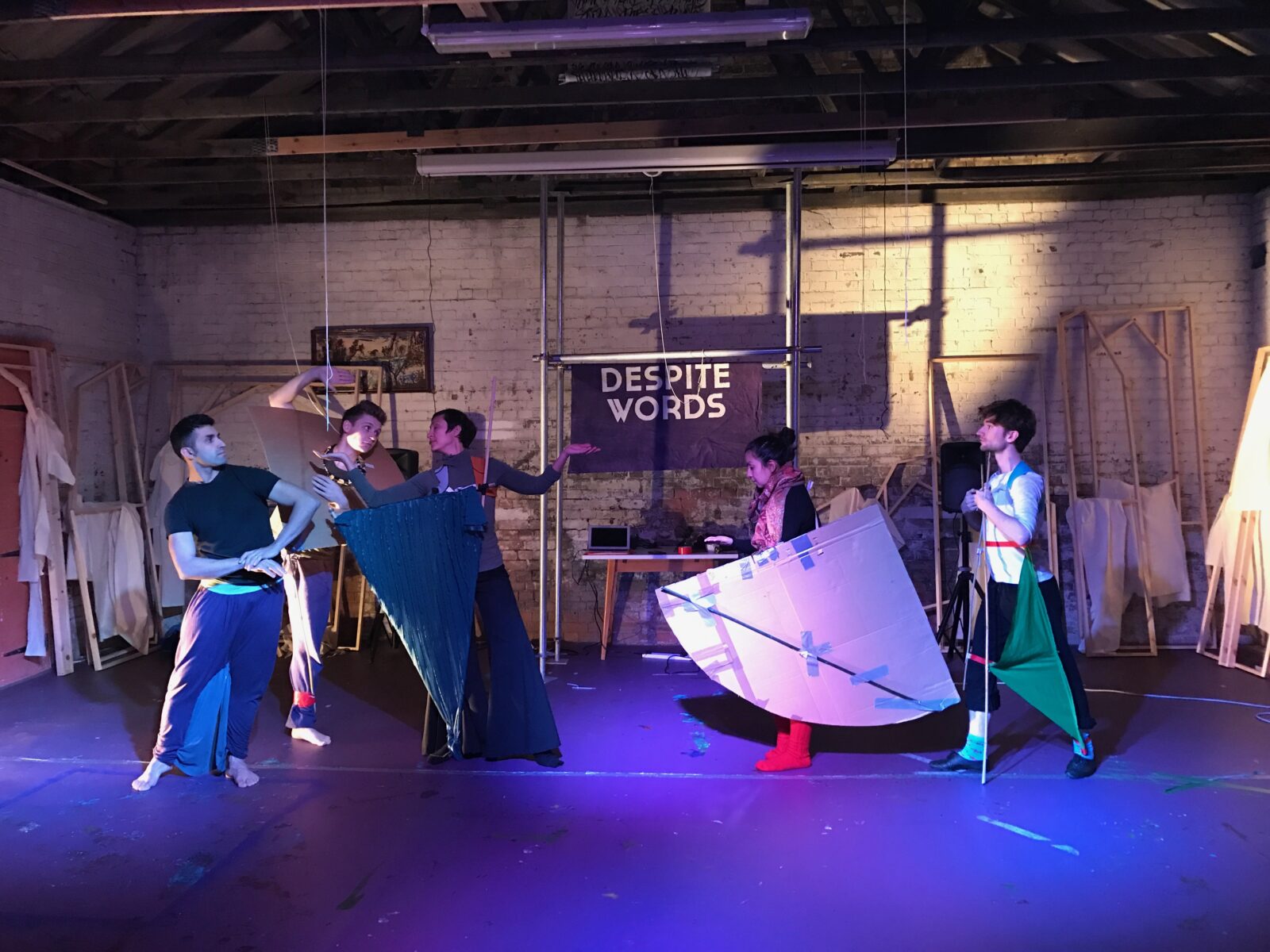 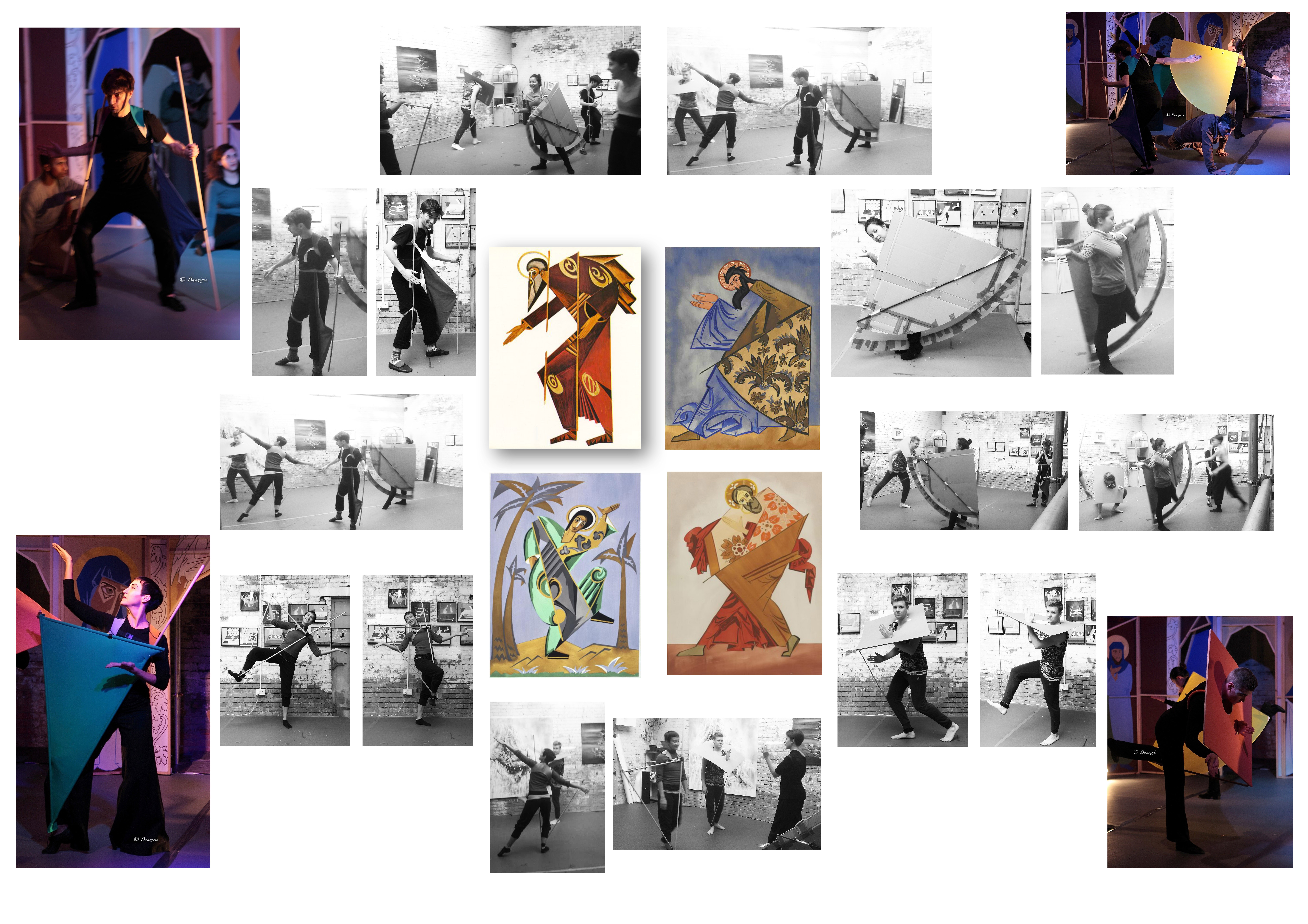 Segei Diaghilev conceived the ballet Liturgie in 1915, it was designed by Natalia Goncharova but never performed; we have neither script, libretto, nor score for it. What remains are a few photographs of the rehearsals, designs by Natalia Goncharova and accounts of the work. A century after the project was conceived, Spectra Ensemble worked as archeologists, collecting and piecing together the fragments of information to create a staged performance of the ballet, which was performed at The Place as part of Tête à Tête Opera festival in July 2017.

The lack of rigid guidelines opened up an opportunity for a creative approach to design interpretations, which encouraged the cross fertilisation of ideas between designer, choreographer and composer. As costume designer, I worked in close collaboration with Holly Muir (Set Design) and Camille Jetzer (Choreographer) to unpick the potential shapes, materials and construction methods that we could use to interpret Goncharova’s designs, exploring through rehearsals the impact these elements would have on movement and choreography.