While he is very happy to create work on a larger scale, he also enjoys the challenge of distilling the essence of a piece when resources are limited, designing regularly for small scale and touring companies. Shows include Crossings (Julie McNamara Productions at the Cochrane Theatre, DaDa Festival Liverpool and tour), Tomorrow Morning (Landor), Call Me Madam (Union Theatre), Straker Sings Brel (King’s Head) and The Golden F**king Years (Jack Studio).

Chris is Associate Artist with Krazy Kat Theatre Company, collaborating on nineteen shows to date, including Petrushka, Clownderella, A Victorian Mikado, The Waving Cat Of Japan, The Very Magic Flute, The Singing Ringing Tree and Oliver in the Overworld. 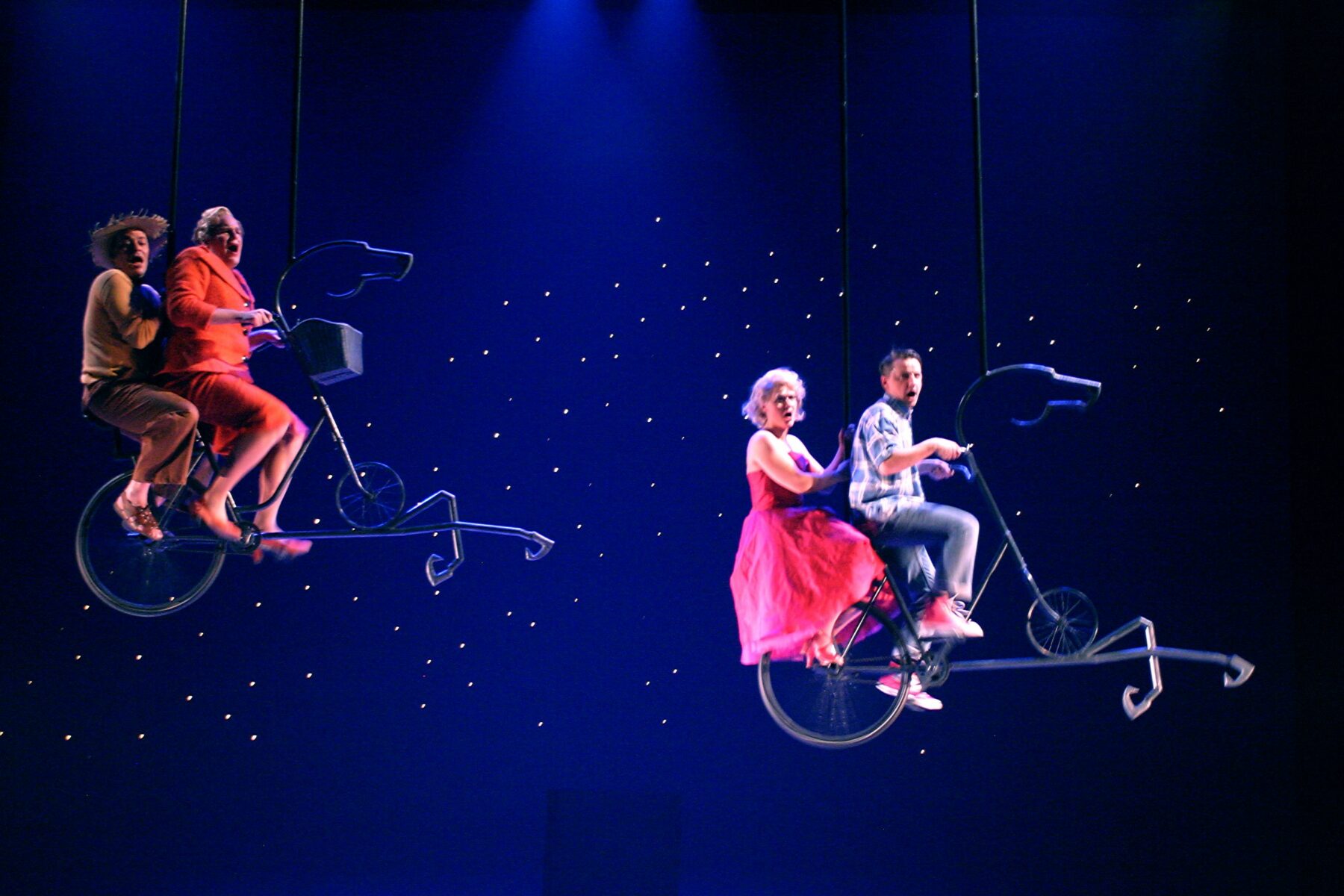 The Flight to Cadiz 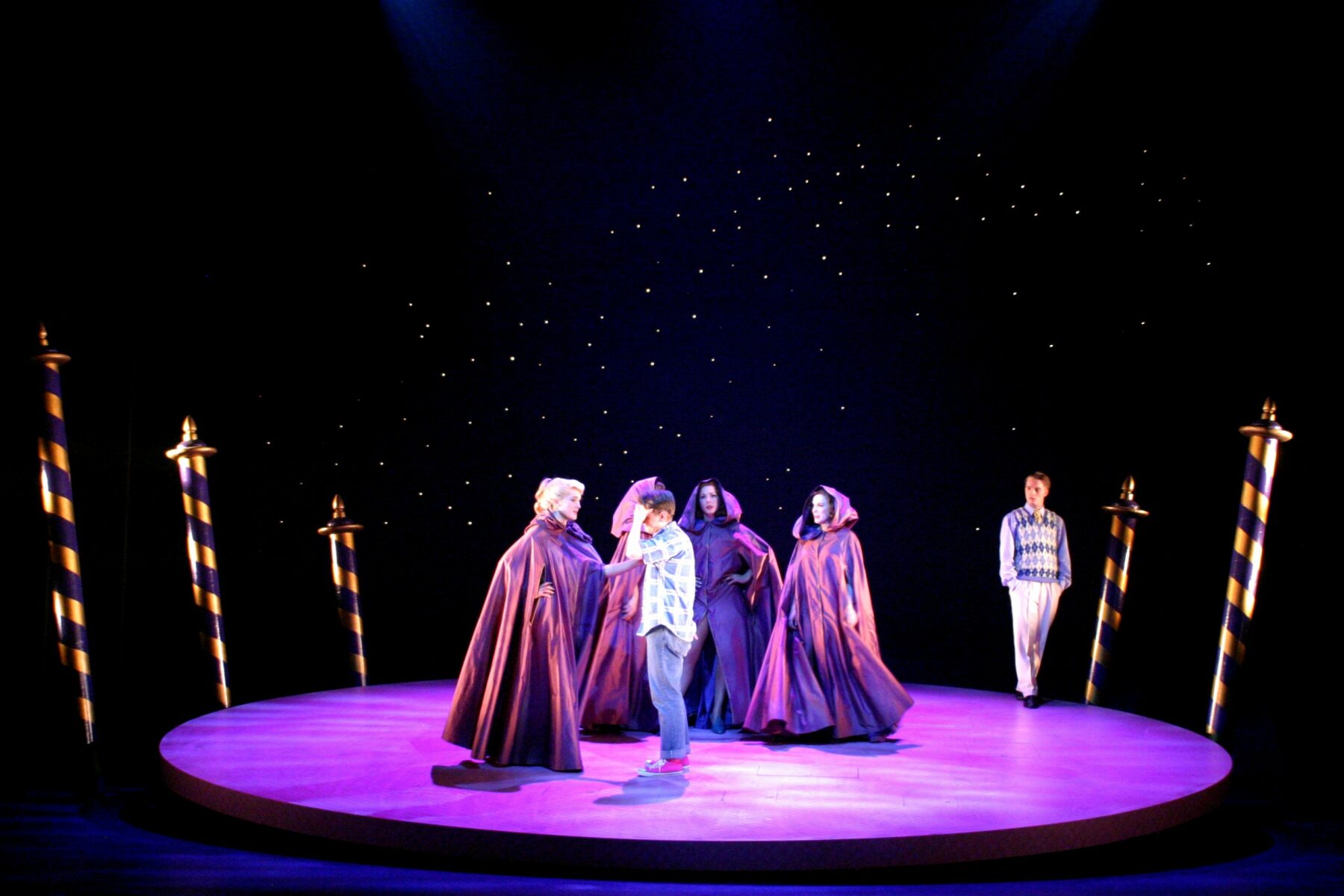 The Arrival in Venice 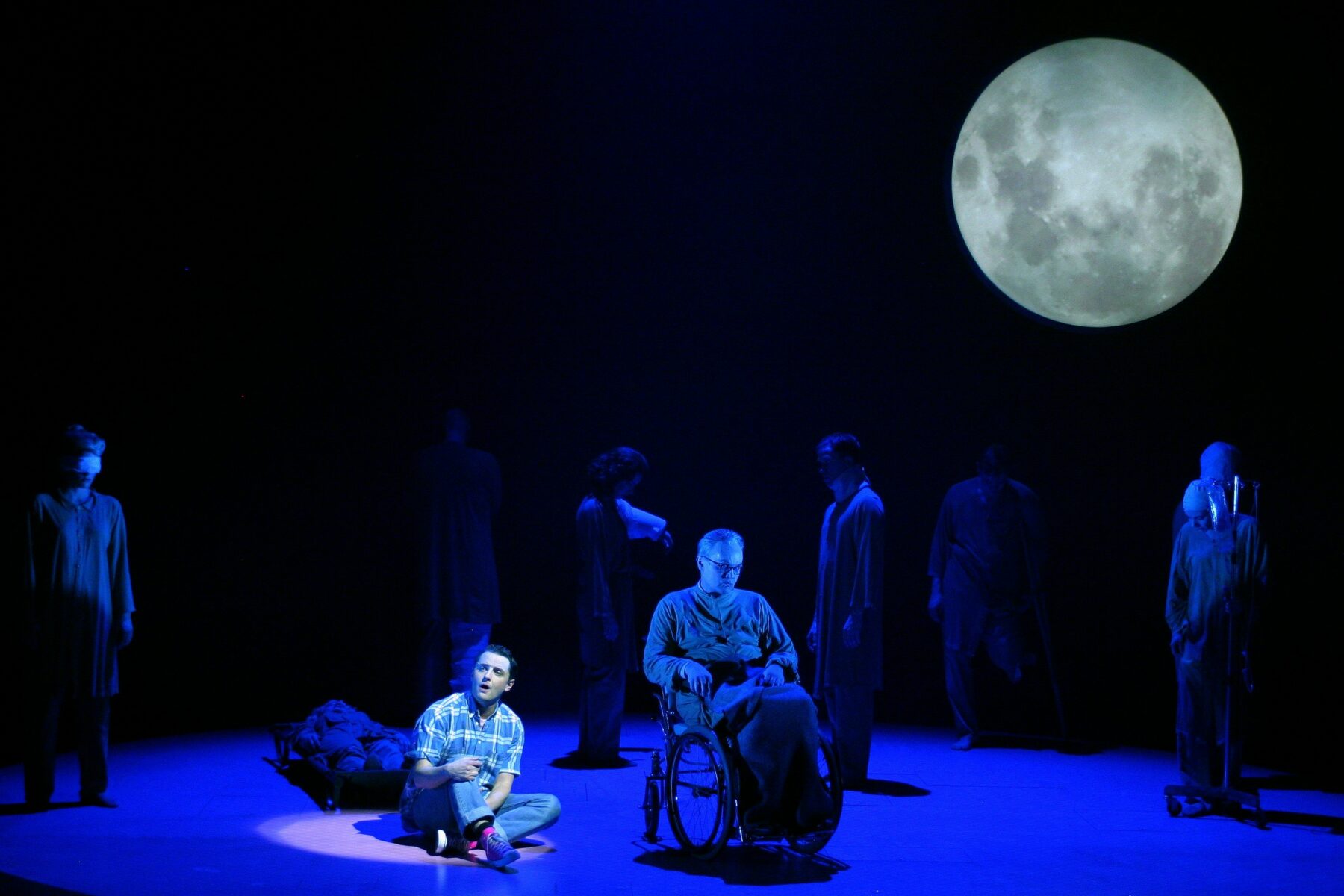 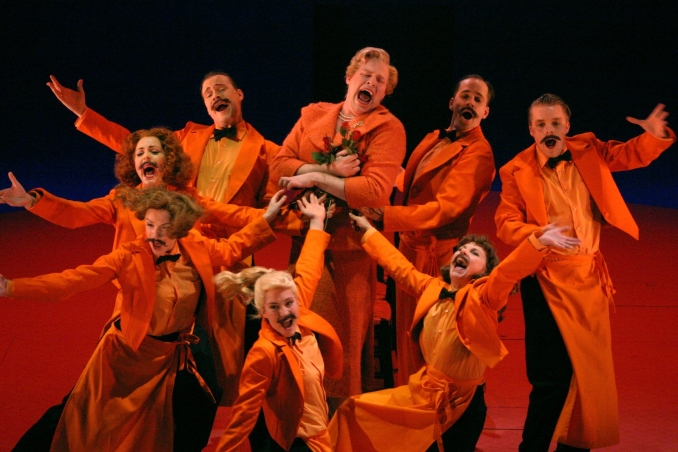 I Am Easily Assimilated 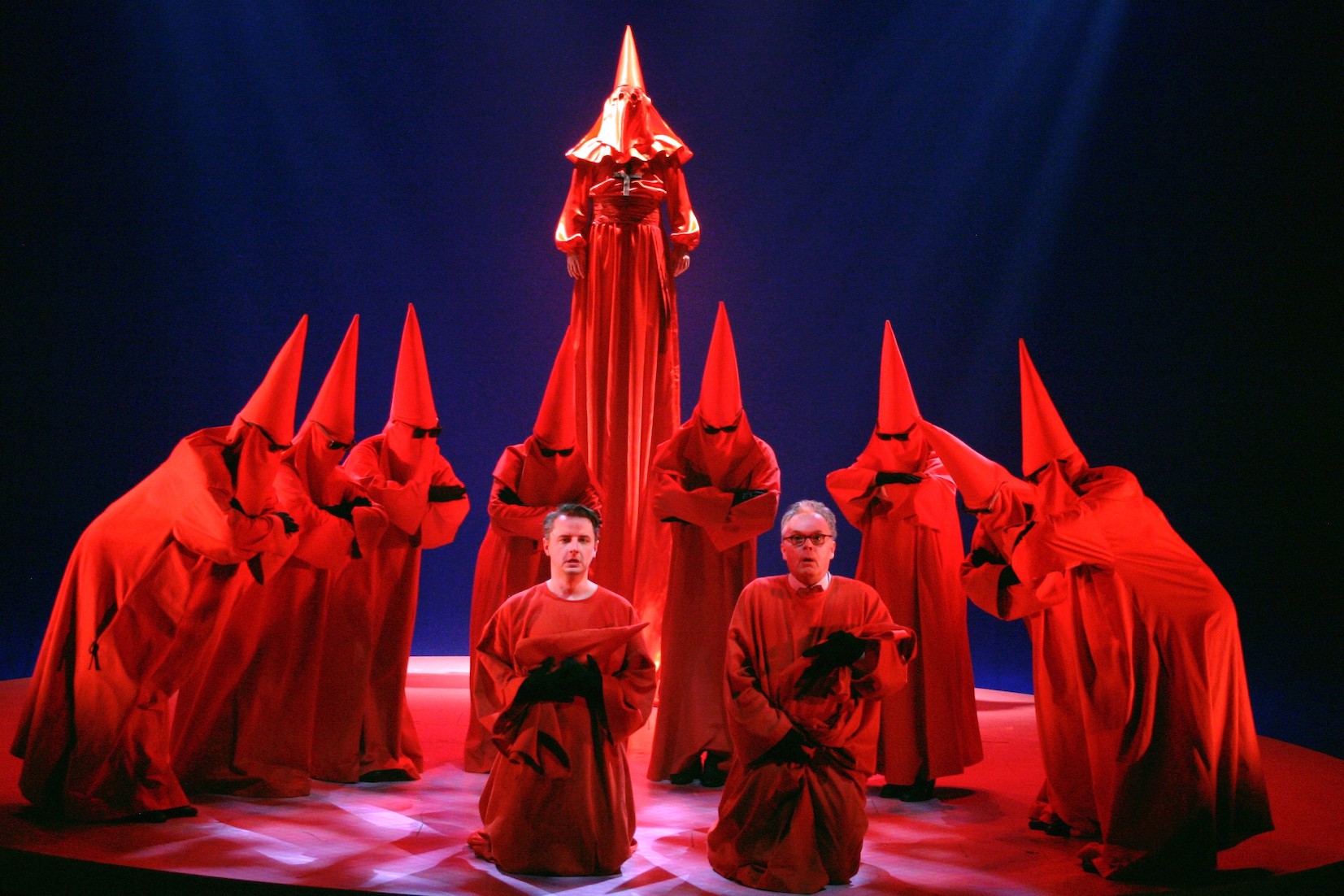 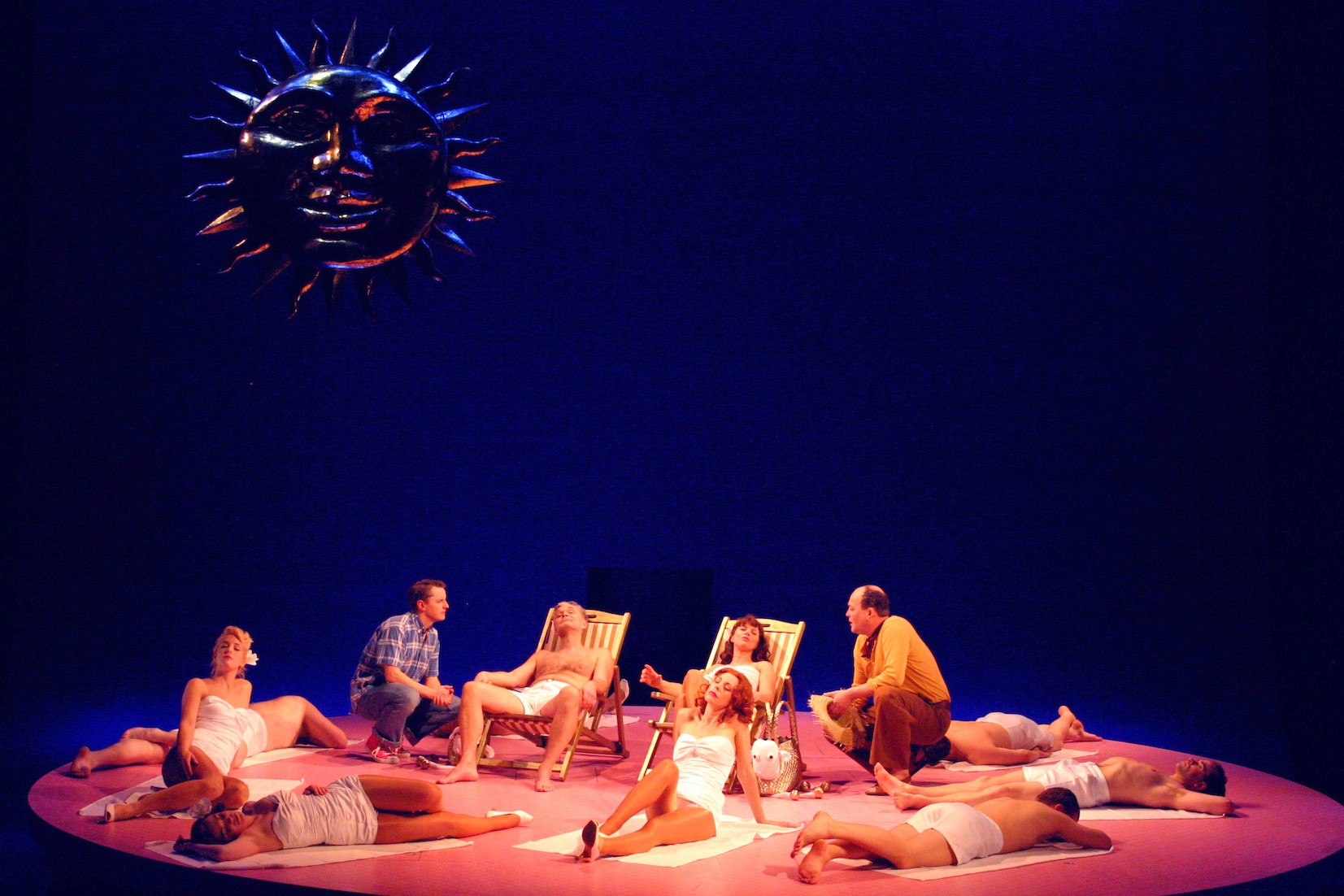 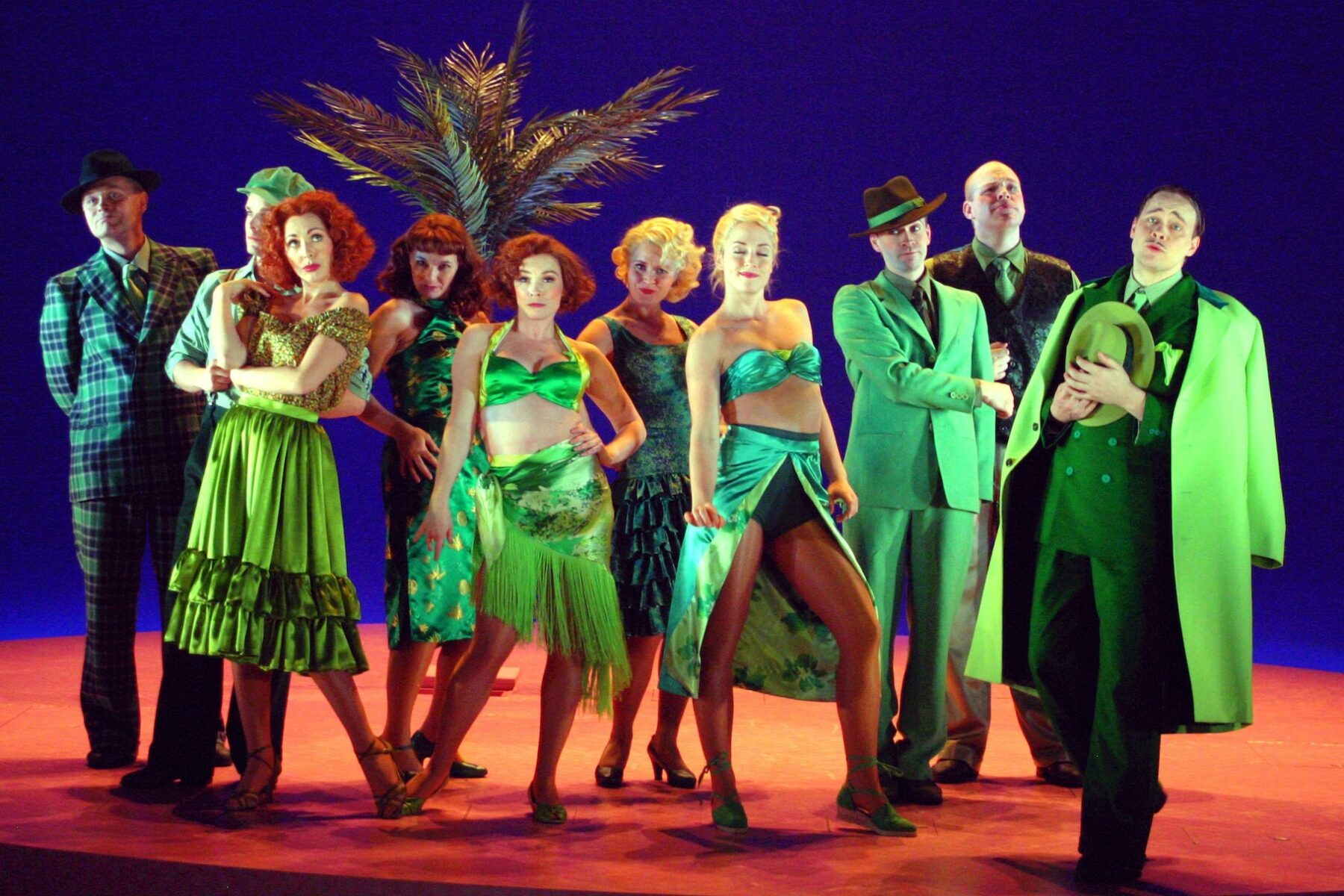 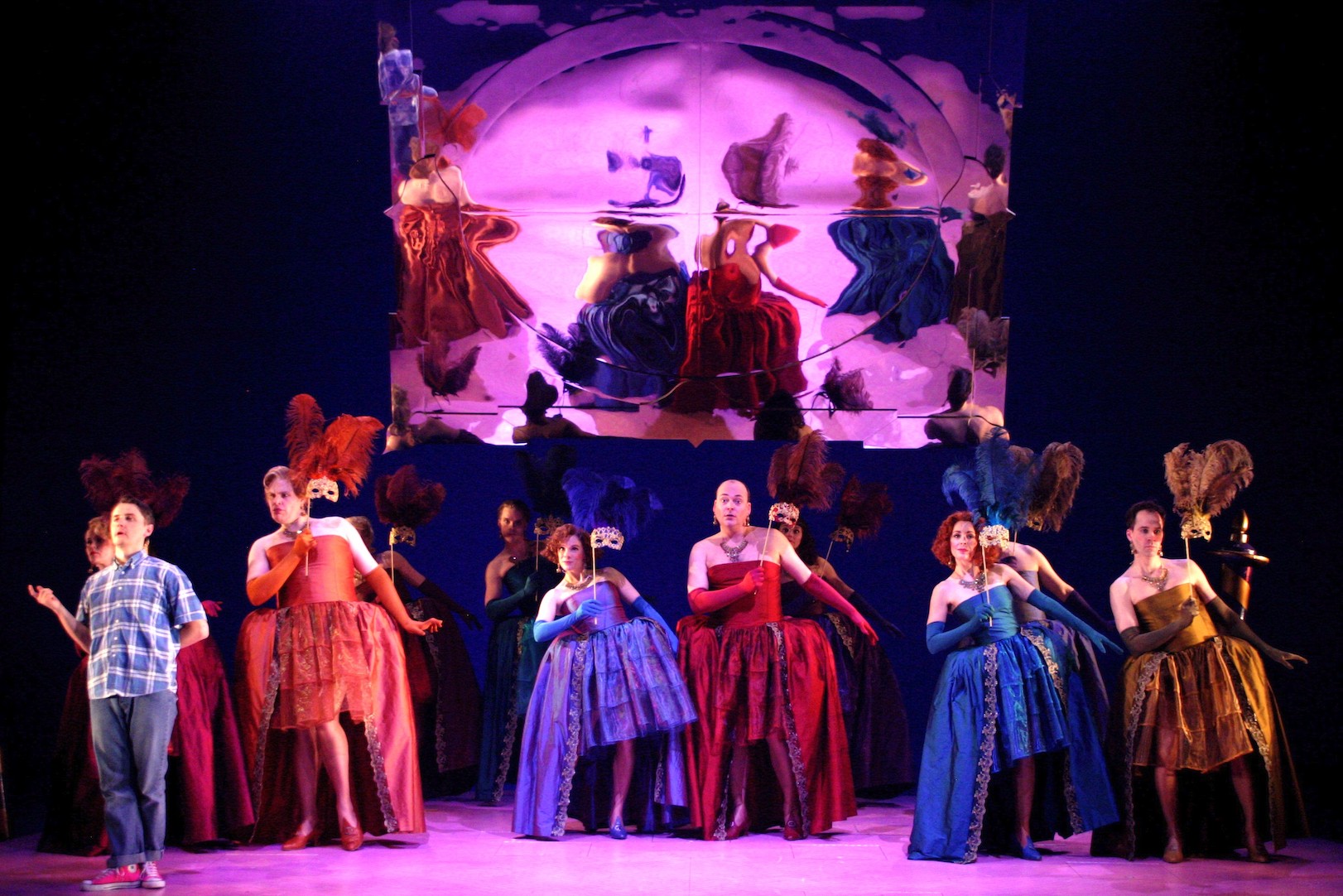 Bernstein’s Candide first opened in 1956, almost exactly 200 years after Voltaire wrote the book.  We chose to set our production in 1956, with apparently random moments from the 1750s intruding along the way.  Candide’s picaresque journey is an invitation for the bizarre and the surreal, which we responded to by giving each episode a different, colour-coded look and make each set piece deliver something unexpected.  With a hard working cast of just 12, we embraced puppets, cross-gendered casting, contemporary cultural references and physical theatre techniques to create a fast-moving kaleidoscope of images.