Abigail has a dance background that includes Dartington College of Art in the 1970s and a BA (Hons) Dance Theatre from the Laban Centre, London, where she specialised in costume design. Over 30 years she has created costumes in more than 130 choreographic works. Designs for Sadler’s Wells RIOT Offspring, were chosen for the SBTD / UK entry to the International Theatre Design Exhibition 2016, (Prague Quadrennial).
While Course Leader in Costume Design at Wimbledon College of Art, (2007-2017) Abigail developed a field of research in the uniqueness of costume design in contemporary dance, contributing at national and international forums. 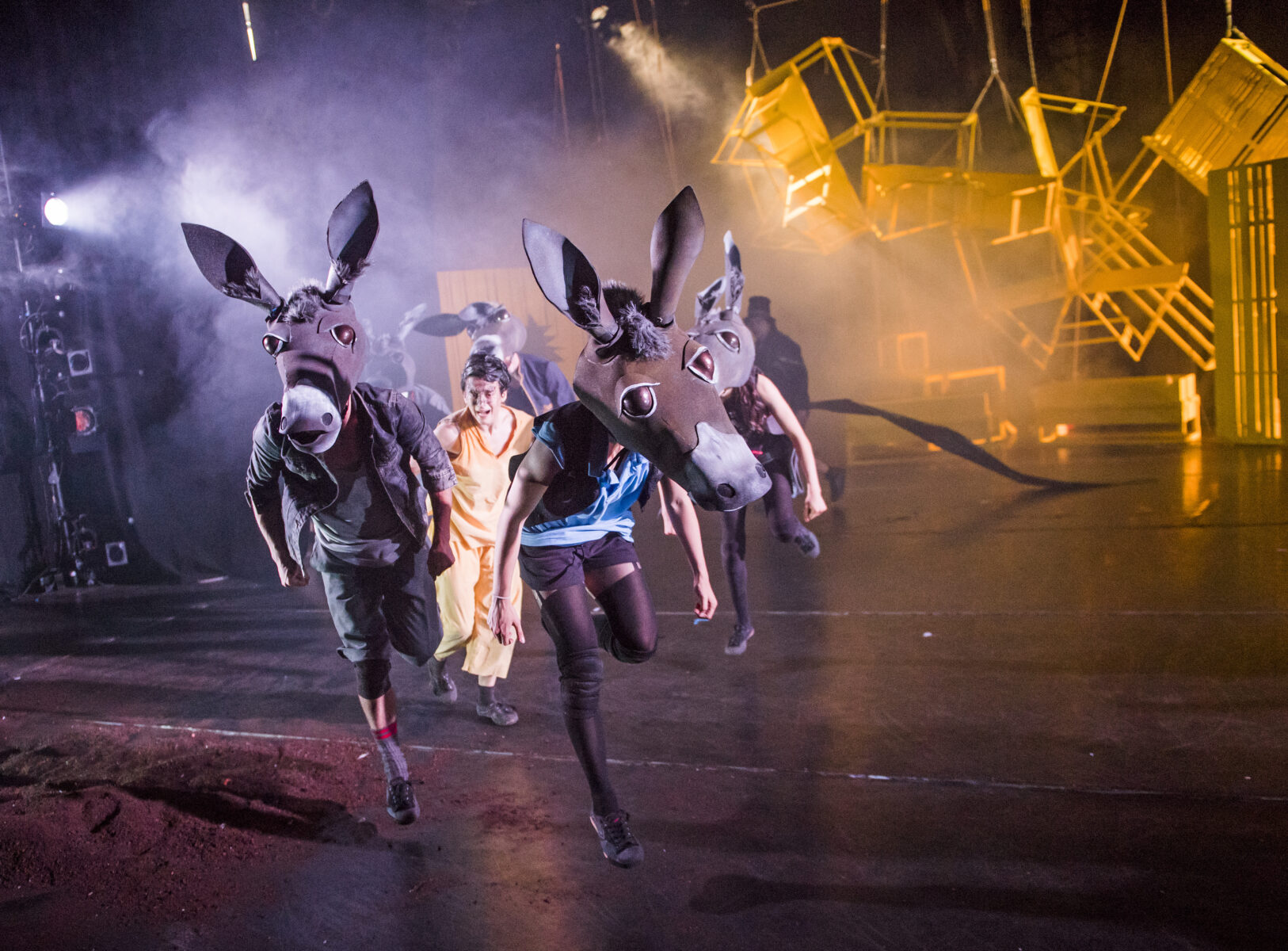 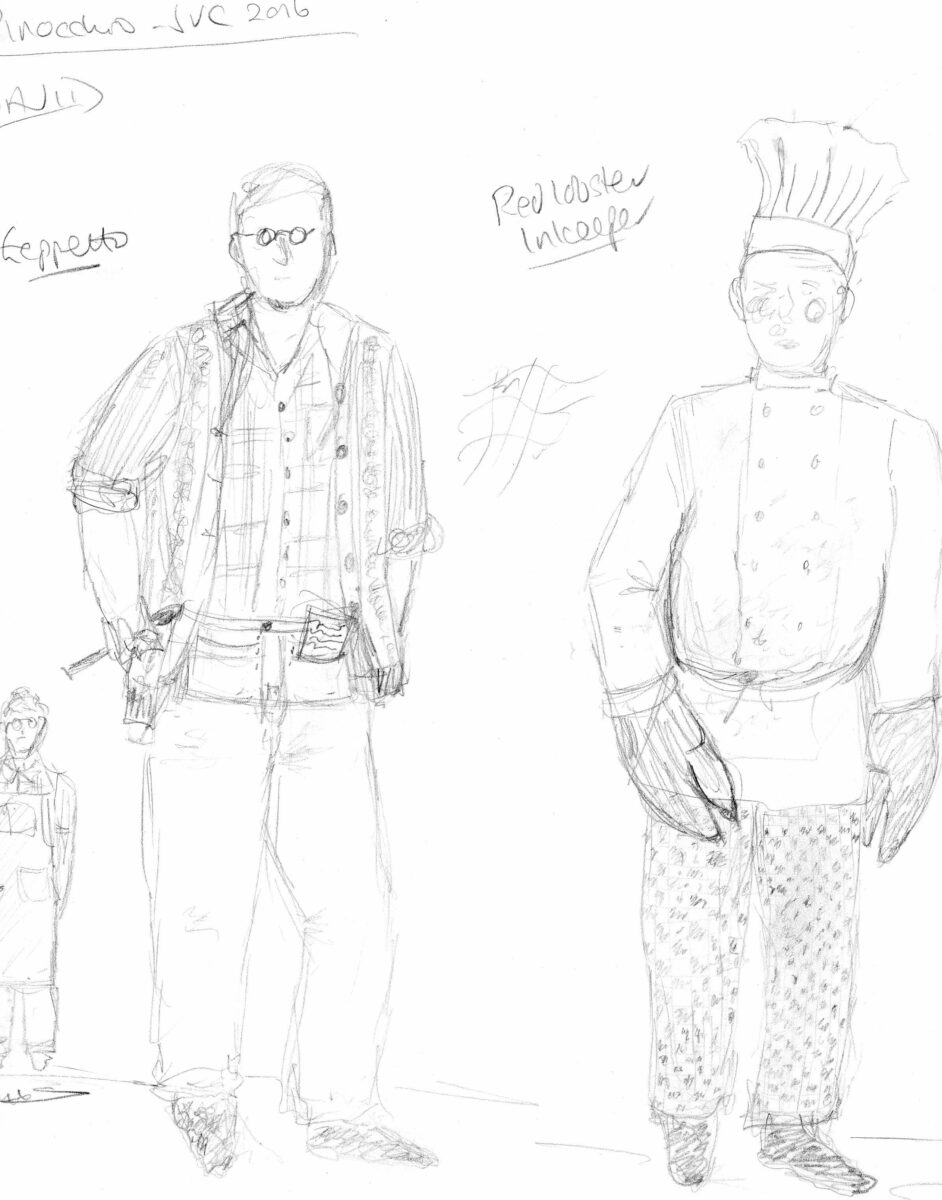 Jasmin Vardimon usually creates work through a devised process, with a performers-only initial creation period. Commissioned to make a work for children she chose the Pinocchio story which meant we could start talking about ideas, characters and casting from the outset. This gave me an opportunity to present a design concept rather than one evolving alongside the choreography.

My response was to the tactile experience of storybooks, drawing on paper and the graphics of words and illustration. This translated into calico for Pinocchio’s costume, an apron theme and an illustrative visual language. The book came alive!

In addition to the demands of a complex choreography of on and off stage costume changes, a big challenge was the donkey heads. Dancers are understandably nervous about having their vision impaired while being very physical. Through patient collaboration, listening to their concerns and suggestions, making small adaptations one at a time, their and my confidence grew.