Nerissa Cargill Thompson is a Visual & Community Artist working on both performance and non-performance projects. Originally trained in Theatre Design at Nottingham Trent and recently graduated from MA Textile Practice from Manchester School of Art.

She is Associate Artist with two disability-led companies, DIY Theatre and Proud & Loud Arts. She works closely with the members, using design within show development as well as designing sets and costumes for performances in theatres, schools, galleries and even on the street, drawing on her previous experience as Head of Design and Co-creative Director of street theatre company, Aqueous Humour. 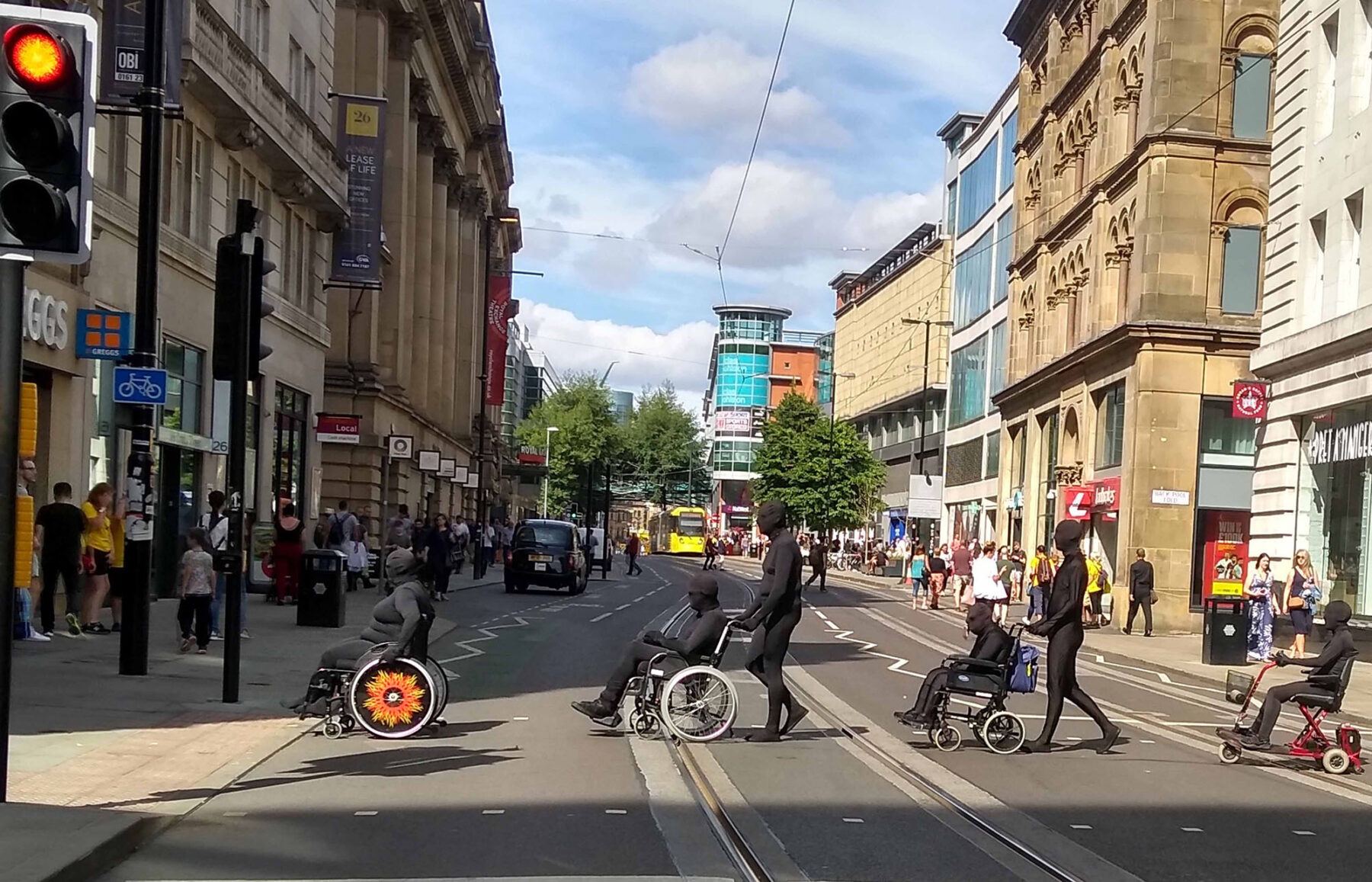 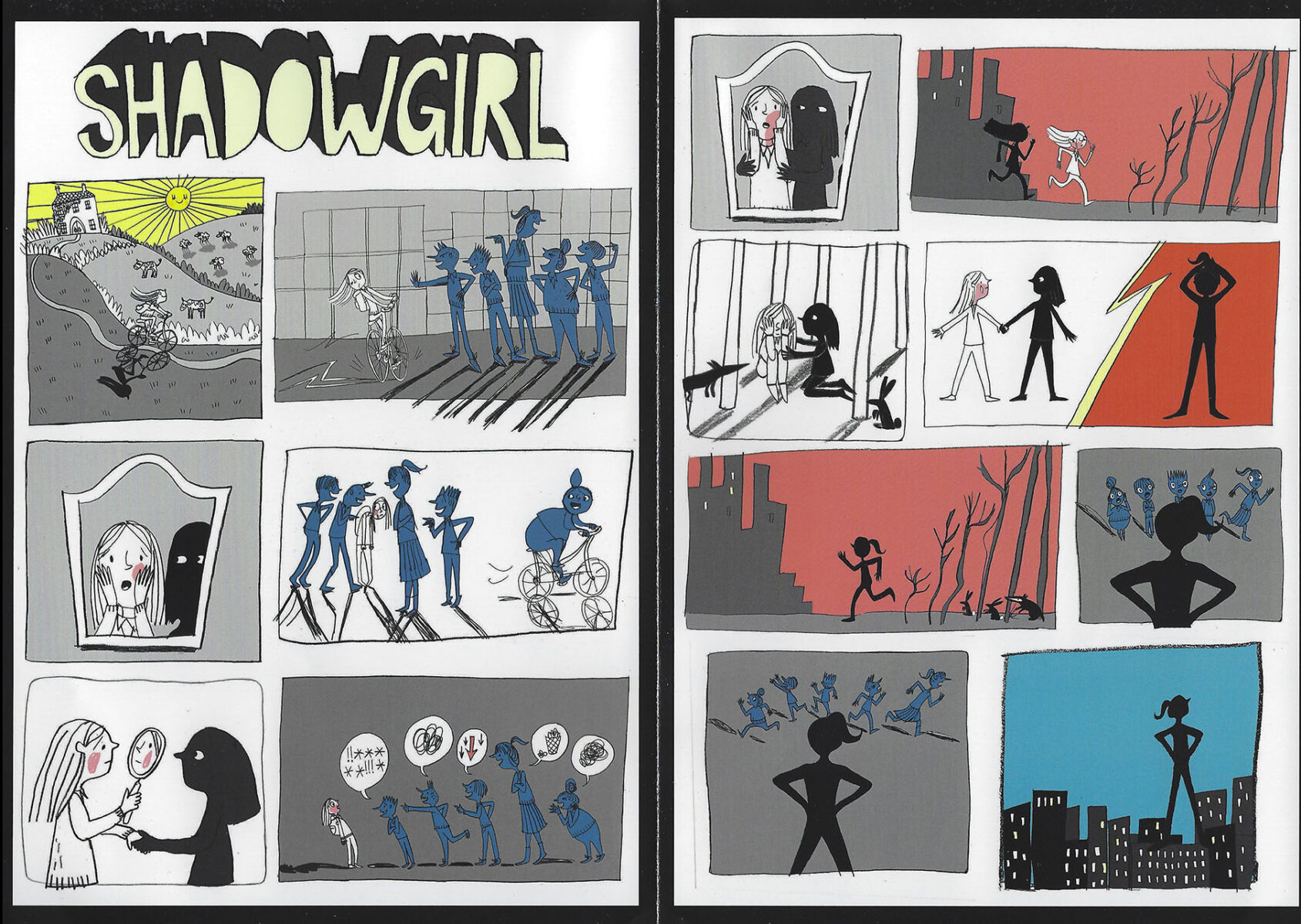 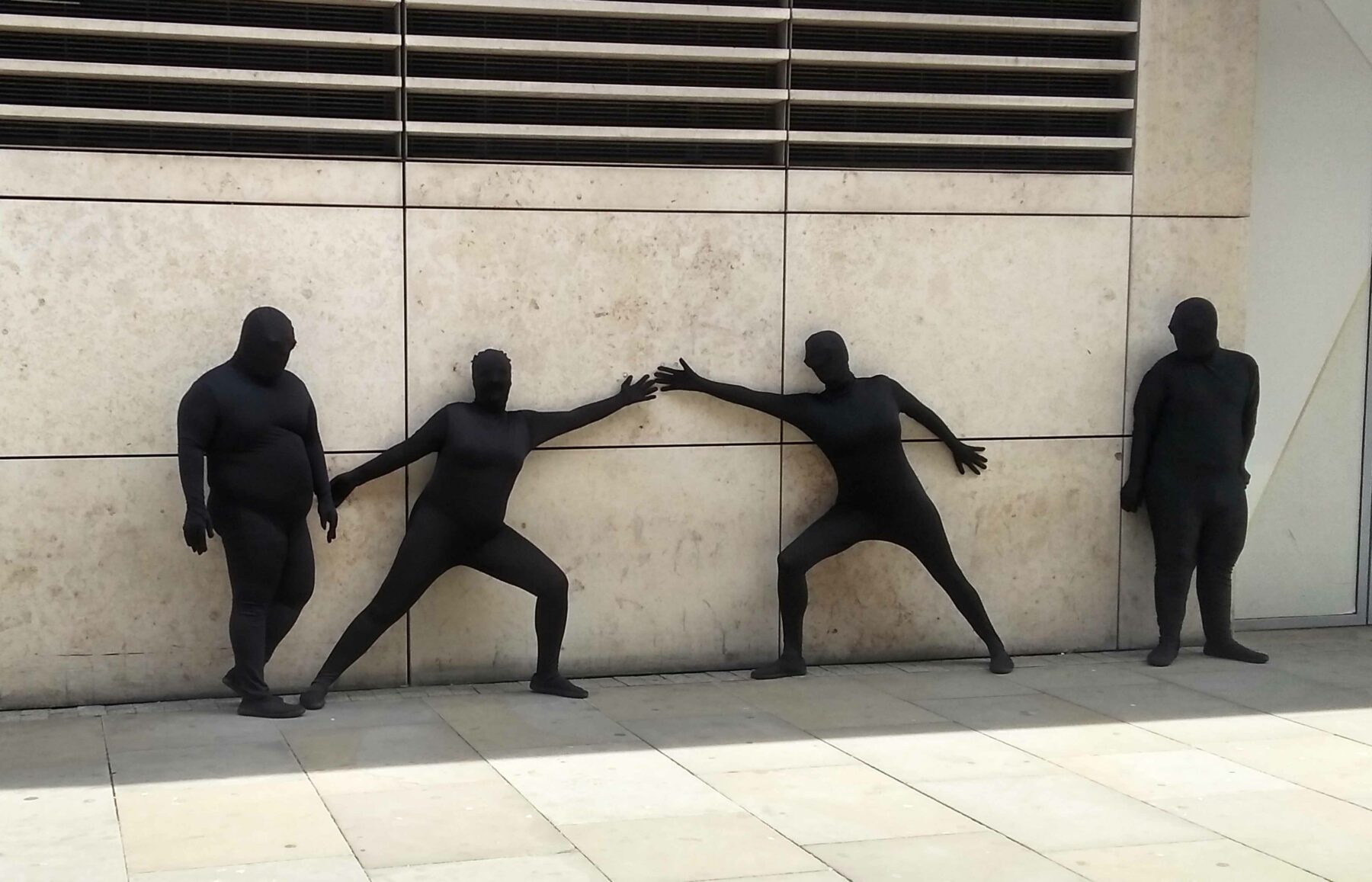 Proud & Loud Arts create accessible performance which explores social understanding and the use of disability labels. They have found that working in public spaces challenges a wider audience to change their perception of disability than they were reaching in traditional studio theatre tours.

Shadow Girl – The City Streets started as one of the solo Cells pieces but grew into a large group street theatre piece with other Greater Manchester disability groups for Hazard festival, landing in Manchester City centre on a busy Saturday afternoon. The piece was visual,arresting and humorous but held a deeper message. We also collaborated with illustrator, Lizzie Finlay, to create a short comic to hand out showing the background story which really helped when engaging the public/audience on the topic of the (in)visibility of disability. Shadow Girl is now being developed into a children’s storytelling show for libraries. In taking the work into public spaces, it makes sure that disability and accessibility are not forgotten within cultural and place-making agendas.