I came to design via training in visual art, specialising in sculpture and glass. (BVA, SCA) I found myself drawn to costume and studied a Dip. Theatre Costume (TAFE,N.S.W). Leaving Australia for the UK completing an MA Theatre Design (RWCMD), I began my new trajectory as a designer. I have worked professionally as a costume and prop maker for feature film, television, opera, and as designer/maker for theatre, dance, and performance, utilising lessons from these experiences in my approach to design.

My designs are often influenced by historical and scientific interests, and exploration of skills or materials not previously utilised, to create something new. The creative process, quality and integrity, craftsmanship, and holistic nature of a design is of importance to me. Finding a balance within the restrictions of practical theatre-making is a constant challenge of ingenuity, to create a successful dialogue between design, narrative, and audience. 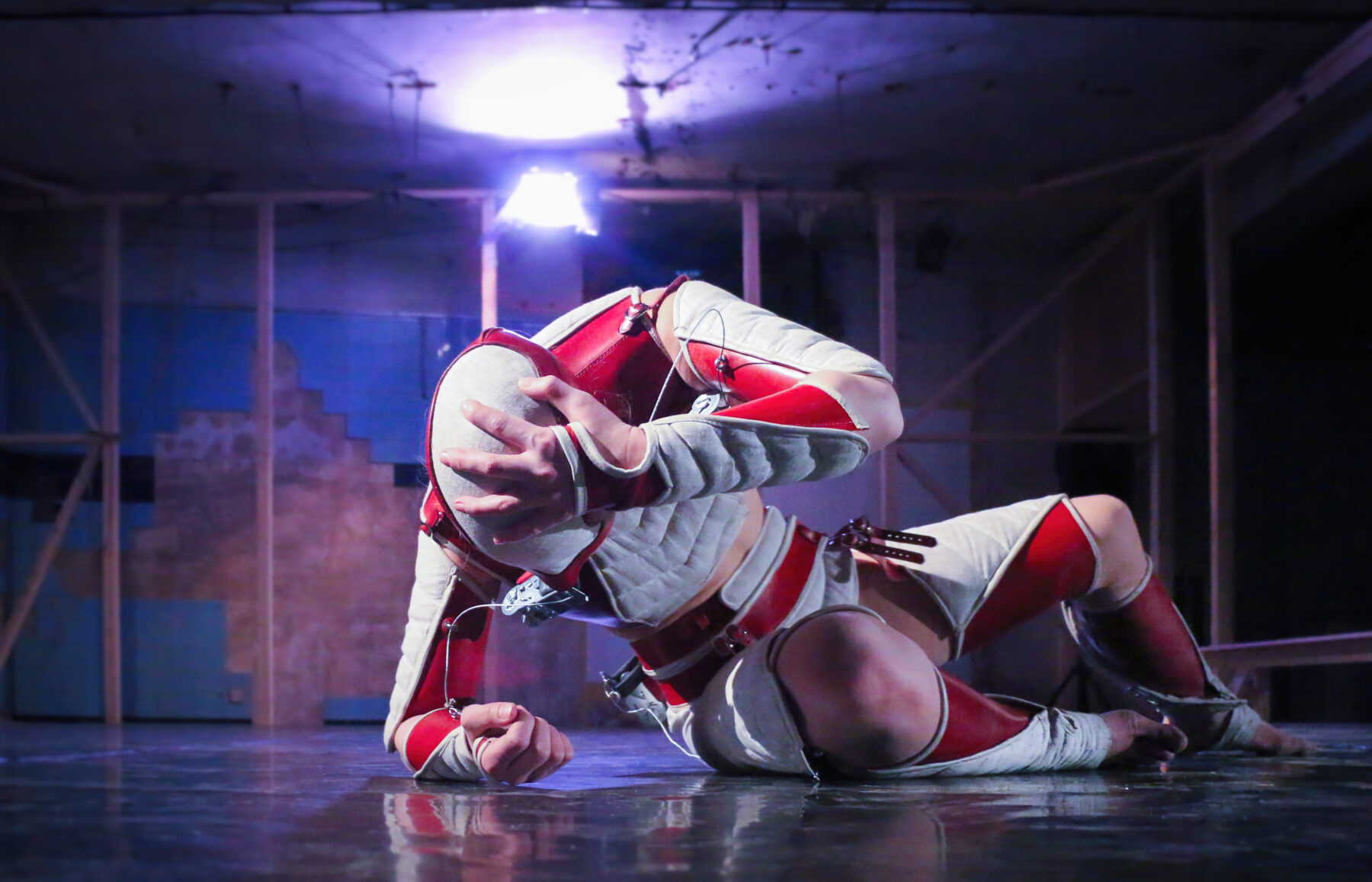 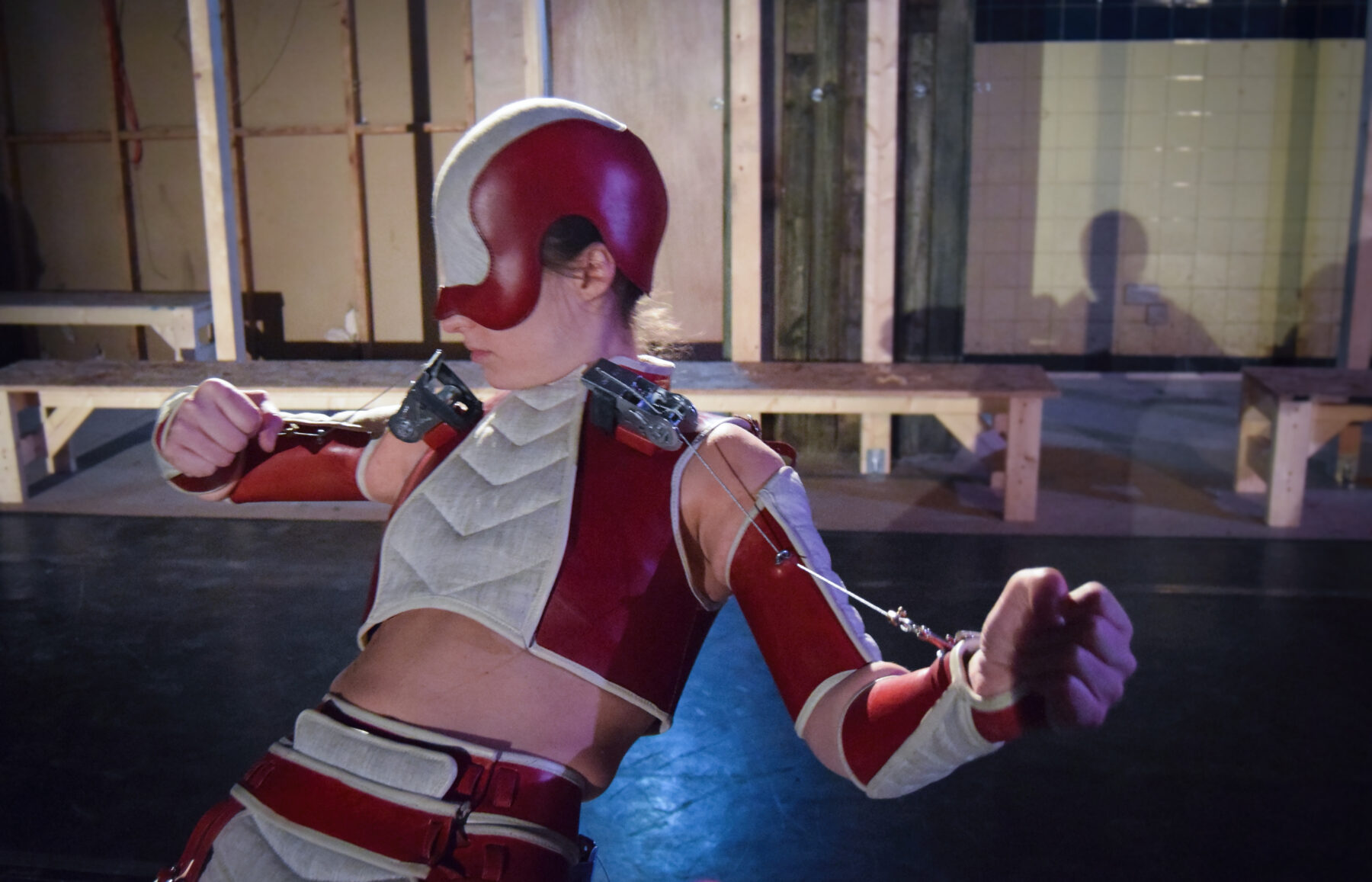 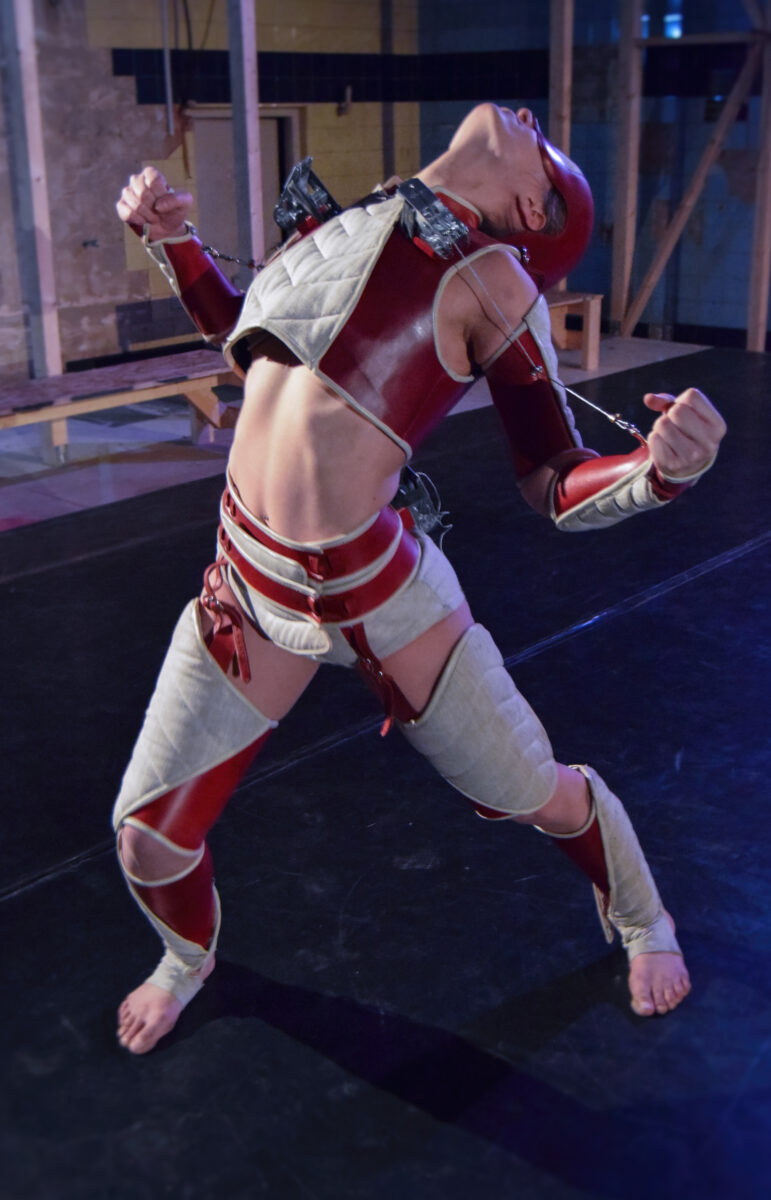 Contendō is an experimental collaborative performance by international practitioners based in the UK, exploring the boundaries of perceptive, social, and somatic restriction, and the struggle to overcome them.

Shifting the design paradigm; designing and creating the costume to inform the boundaries of the performance, instead of being complimentary and unrestrictive, as is the norm, Contendō allows an exploration into somatic costume and restriction. Also creating a place for discourse regarding injury, and the disabled body in space, dance and performance.

It opens a dialogue between costume and performance not much explored. Allowing alternate routes to create and understand movement and dance as performance and the role of the body within this framework and space.

Contendō shines in intimate performance spaces such as small studio spaces and gallery settings where the audience can feel the labour and force of the movement, creating a more visceral connection.