Tom has worked extensively throughout the UK and abroad, primarily as a designer interested in text based work. He was Associate designer at the RSC from 2004 to 2014, and continues to collaborate regularly with directors Michael Boyd and Erica Whyman.

Other key collaborators include Dominic Hill at the Citizens theatre, Indhu Rubasingham at the NT and Kiln theatres and several musical adventures with Chris Renshaw, most notably Carmen La Cubana at Sadler’s wells. He created The Poppy Installation with Paul Cummins at the Tower of London in 2014 and has since designed 19 separate installations of poppy sculptures around the UK. Working closely with Alan Farlie architects, he has created many exhibition spaces at the V and A, Jewish Museum and British Museum. Awards include an Olivier for costume on the RSC epic Histories cycle. 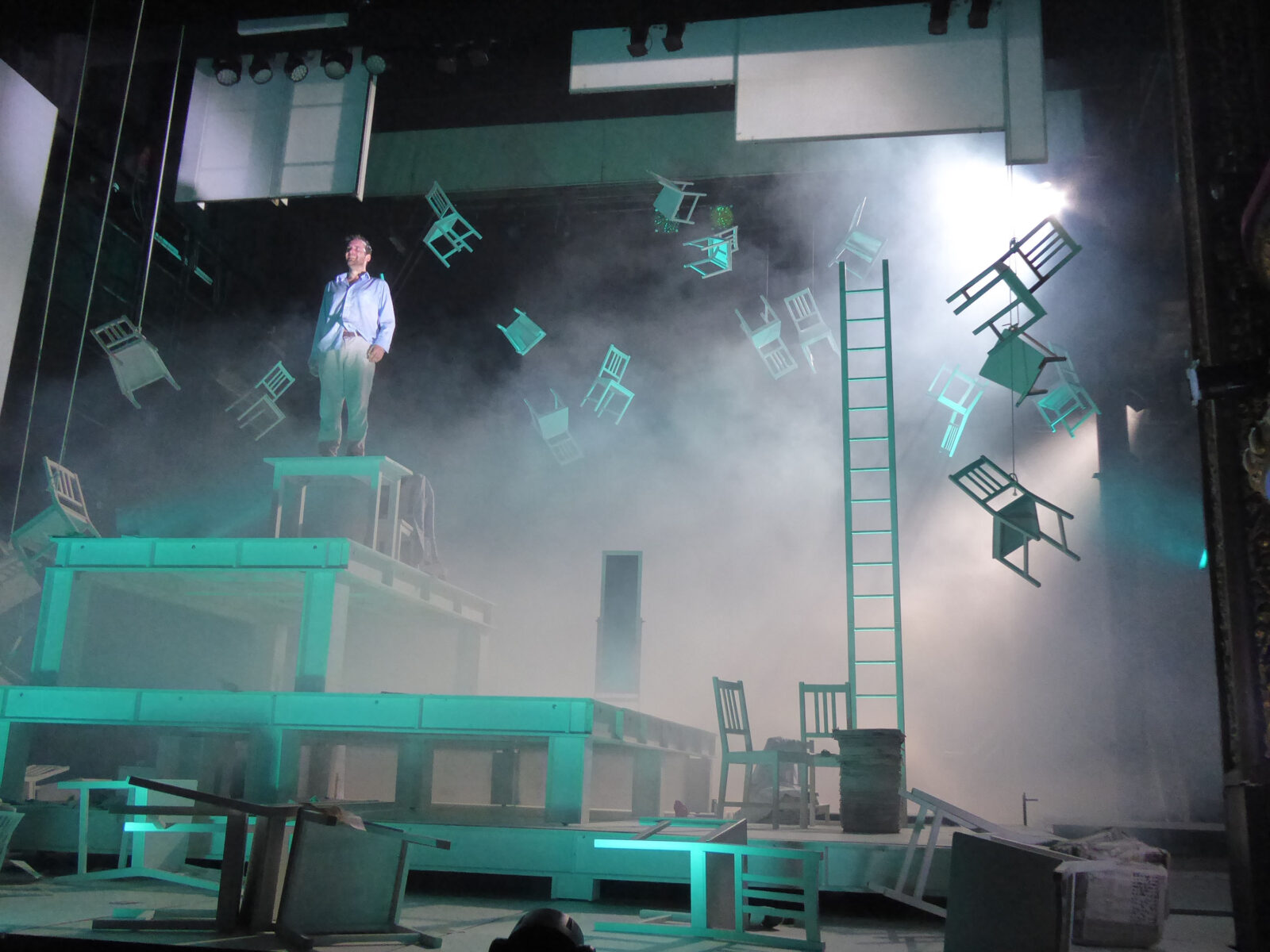 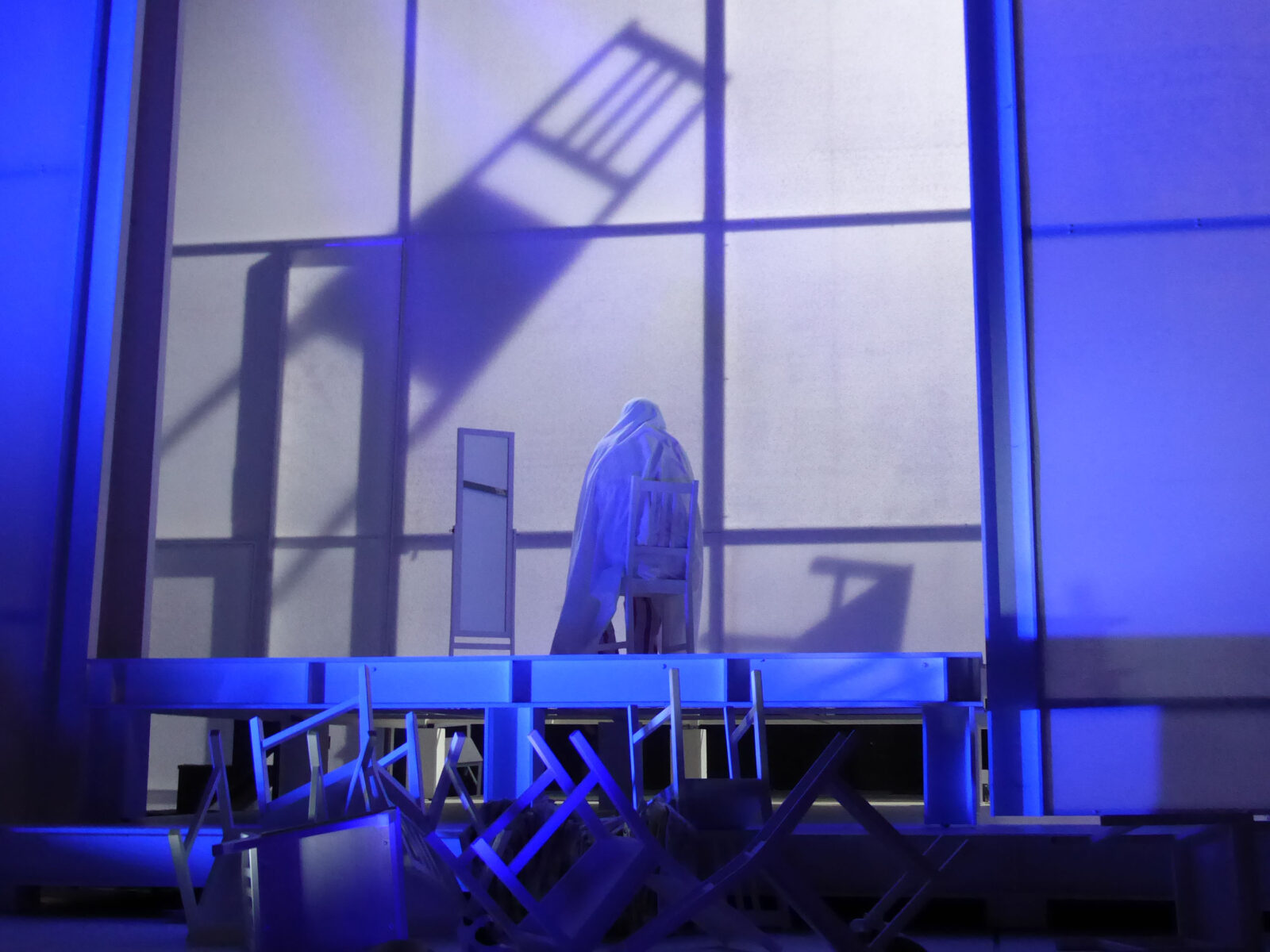 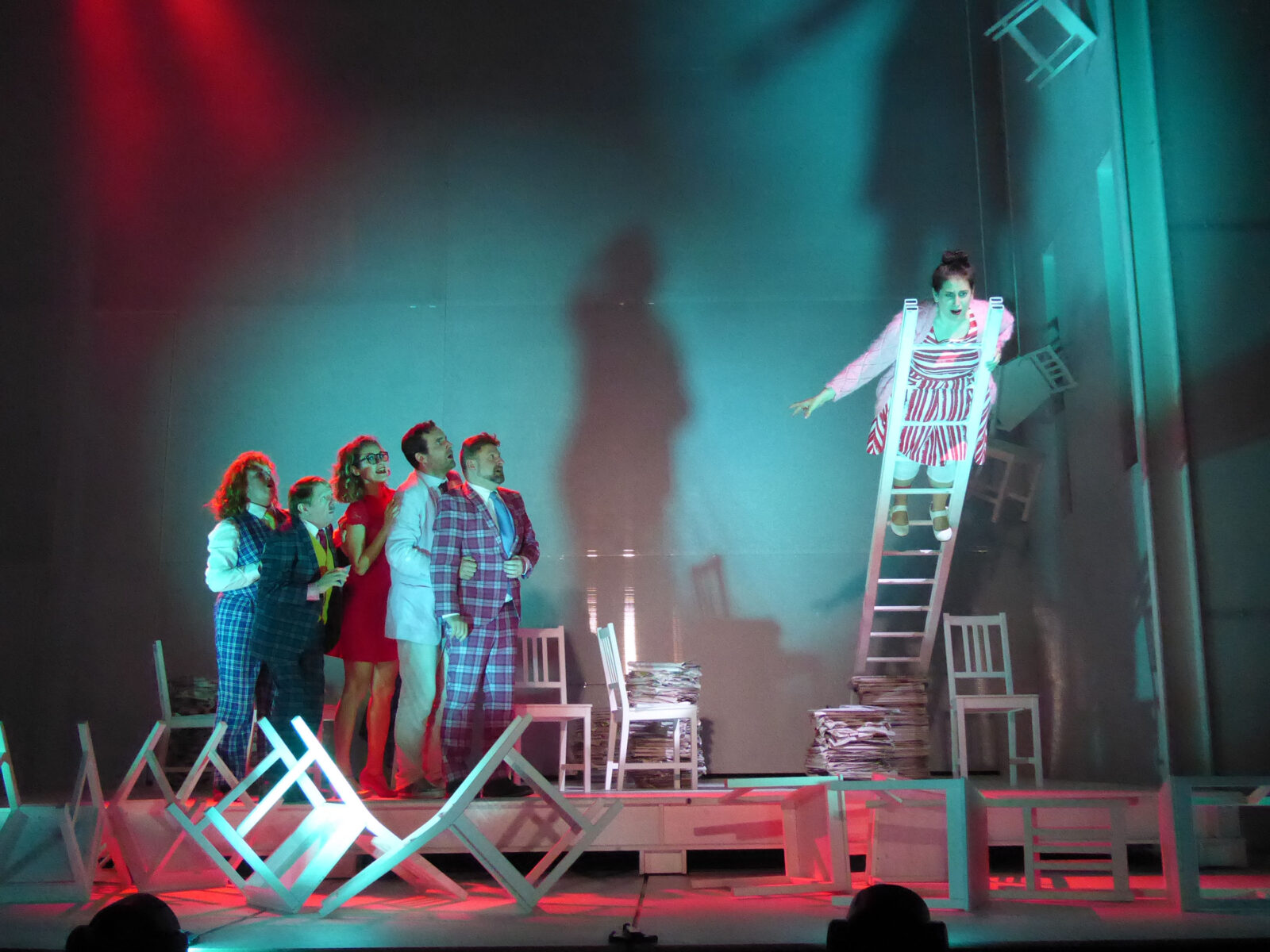 A collaboration for EIF with Dot Theatre from Istanbul and the Lyceum in Edinburgh, featuring a mix of Scottish and Turkish actors with score and sound effects created live on stage by Oguz.

The productions bold cartoon-like approach saw the world of Beringer (Robert Jack) gradually diminish as platform after platform and a series of narrowing framing portals closed down his space, in the final image he is left as sole human in a world of chaos. Winner of CATS award for best production in Scotland 17