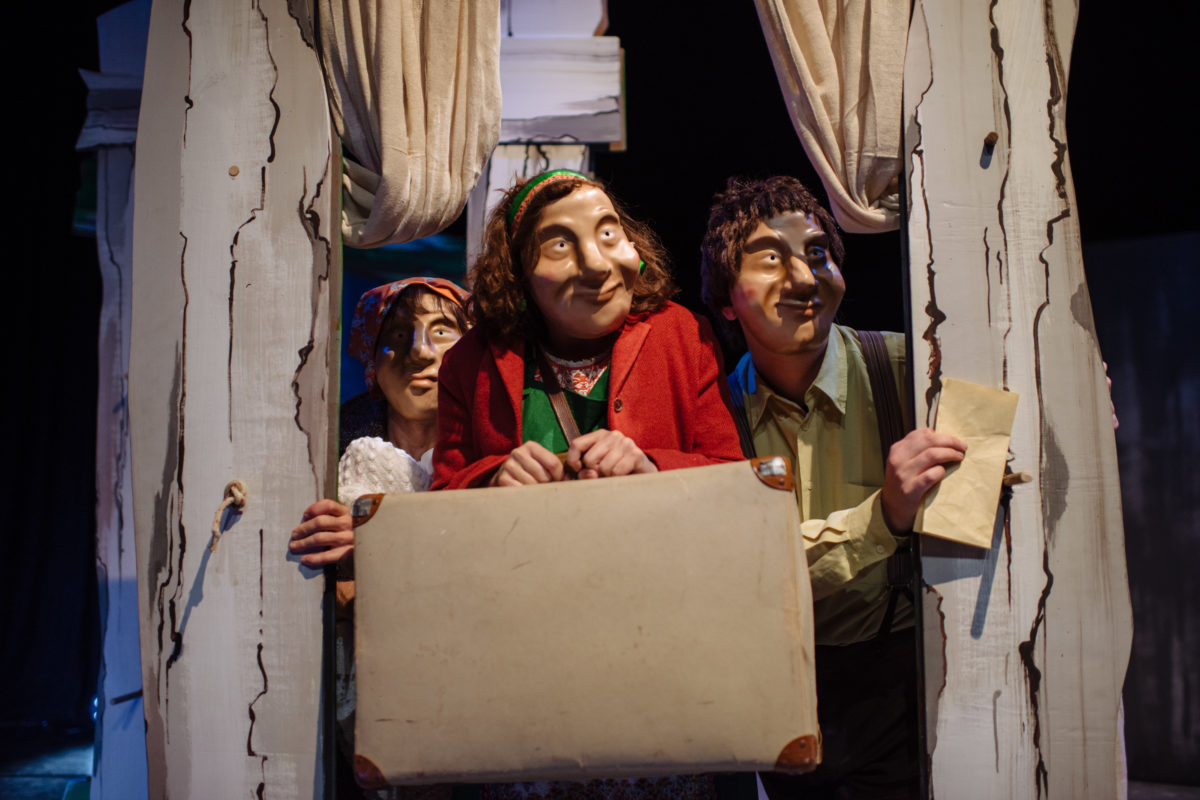 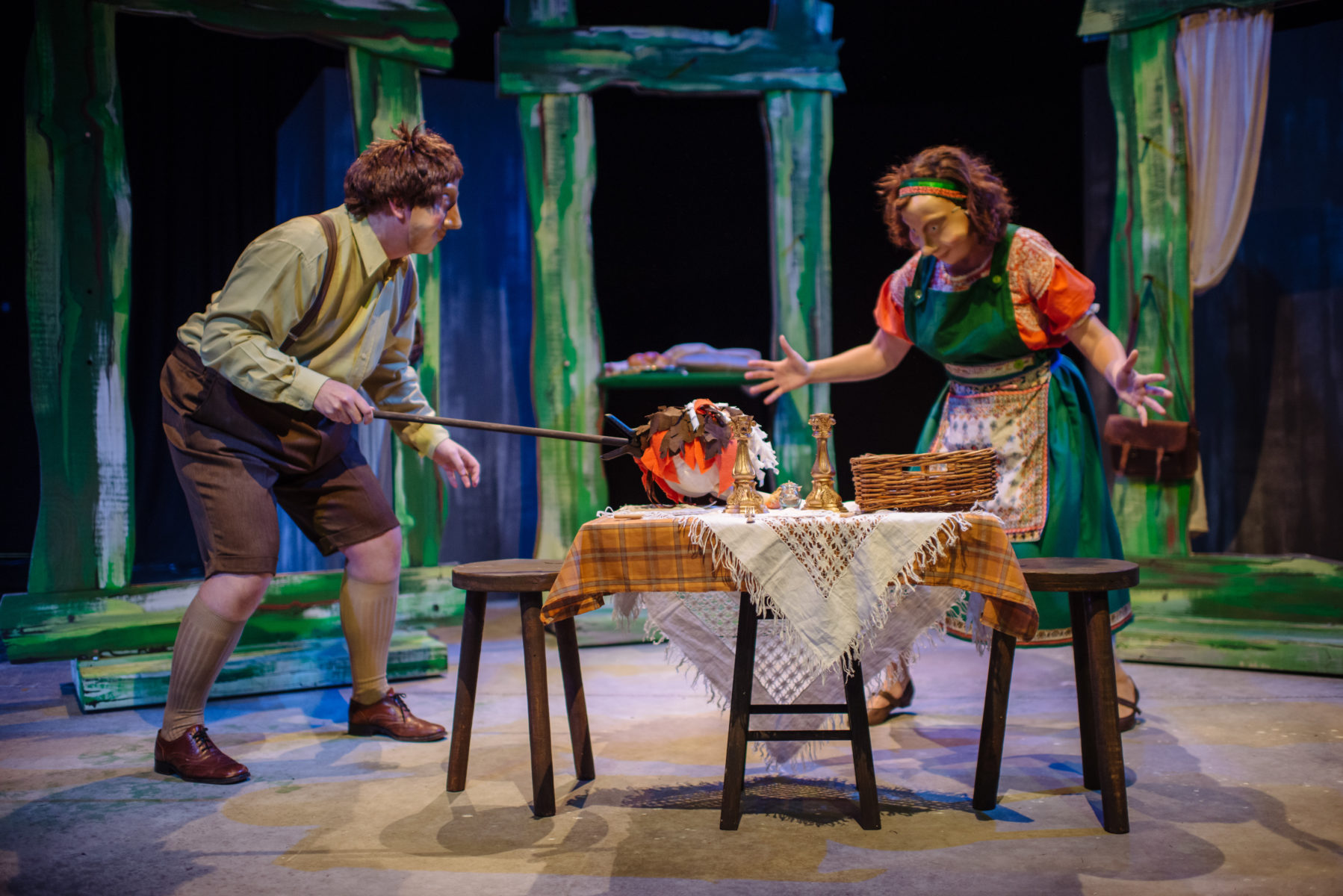 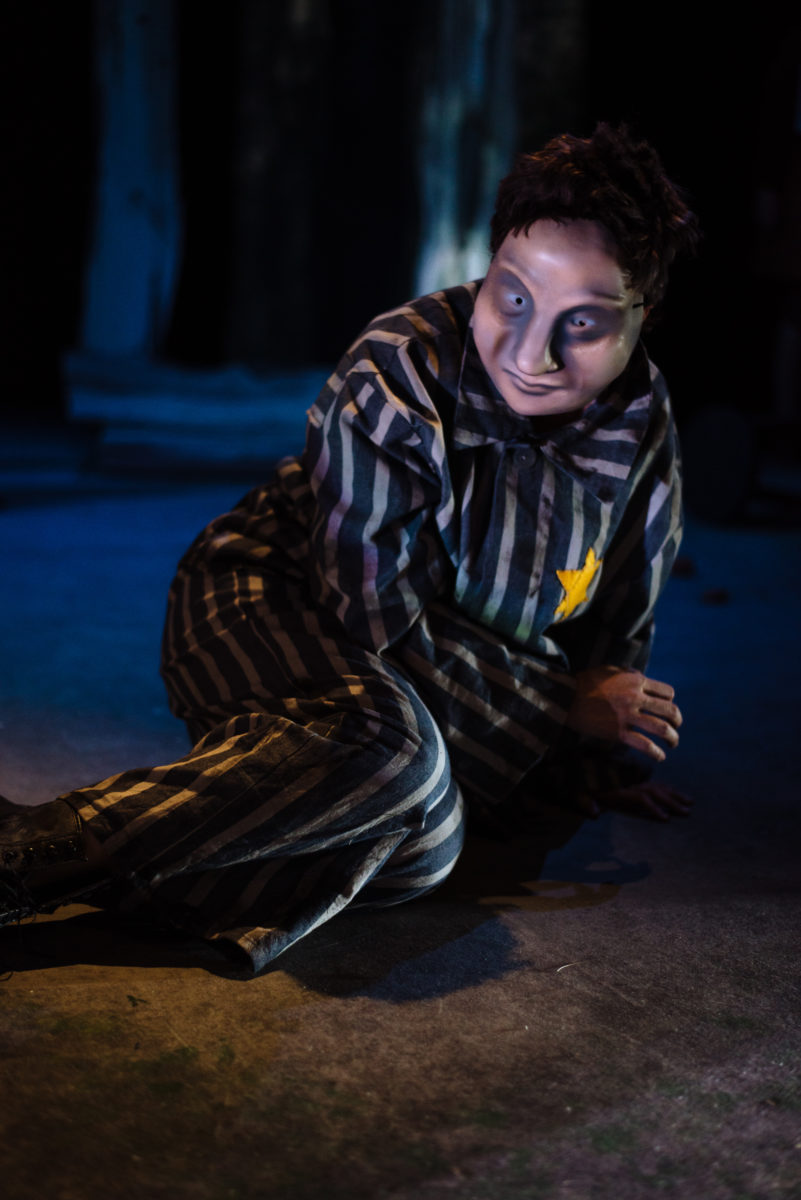 Rachel is a full mask, devised performance for theatres and schools based on Rachel Levy’s memories of loss and survival. Rachel has told the story of her Jewish family life in a village in the Carpathian Mountains and their subsequent deportation to Auschwitz and Bergen Belsen concentration camps. Rachel has always said that her survival from these horrific experiences was a miracle and feels strongly, that her story should be told to younger generations. The production emerged from a relationship with The National Holocaust Museum, Laxton and Lewisham Council, funding memorial Holocaust workshops in schools.

Rachel is the work of a personal testimony, of experiences that have a huge impact. Our masks, like the Classical Greek chorus although half mask and text take on the enormous psychological scale of momentous experiences. It has been a fascinating process as designer to decide to use full masks to convey the human trauma, a personal thread for a monumental historical narrative and bridging two companies, Small Nose’s clowning with Trestle’s masks.