Sarah studied Design for Stage at The Royal Central School of Speech & Drama, graduating in 2011 with First Class Honours. Later that year she was awarded The Linbury Prize for Stage Design.

Sarah has designed for venues in the UK and internationally including Sadler’s Wells, Young Vic, Manchester Royal Exchange, Trafalgar Studios, Hampstead Theatre, The Oxford Playhouse, The Lowry, Altes Schauspielhaus (Germany), Theatre Rigiblik (Switzerland), Freedom Theatre (Palestine) & Lit Live Festival (India) . She is an Associate Artist of Engineer Theatre Collective and a visiting lecturer at the RCSSD. She works from her studio in Shoreditch, London. 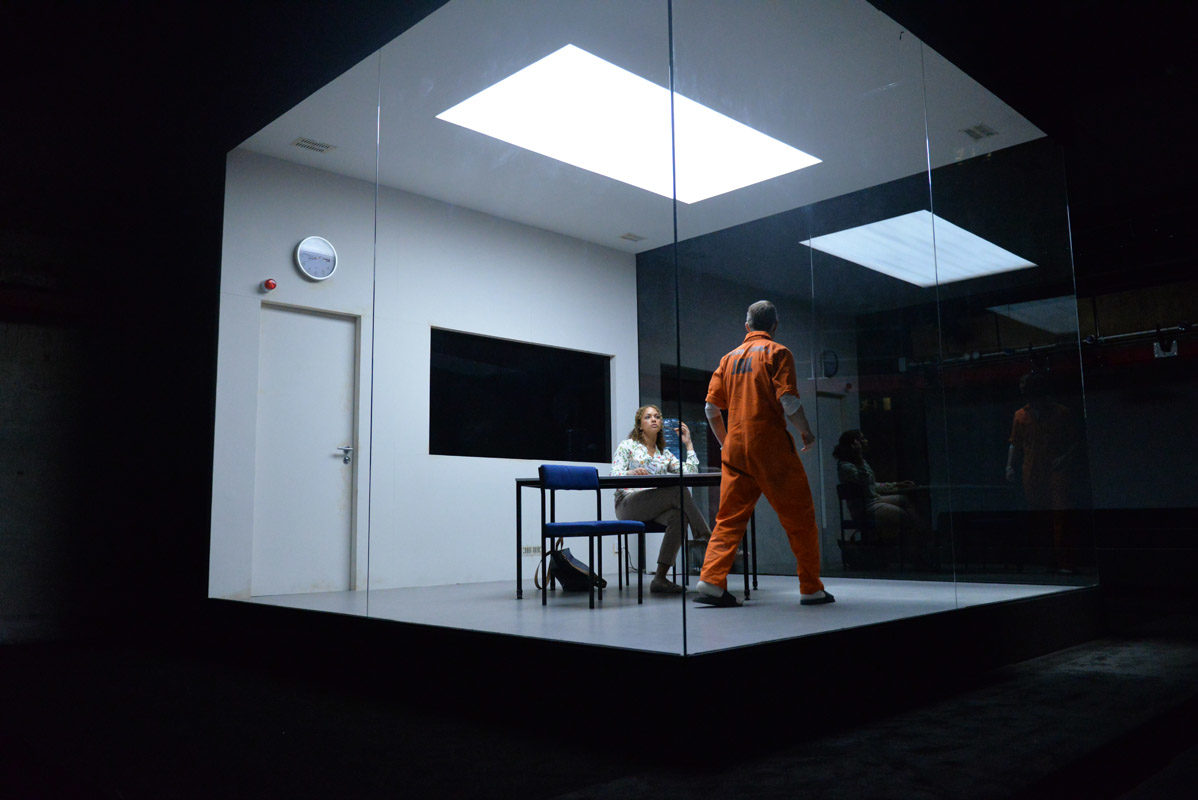 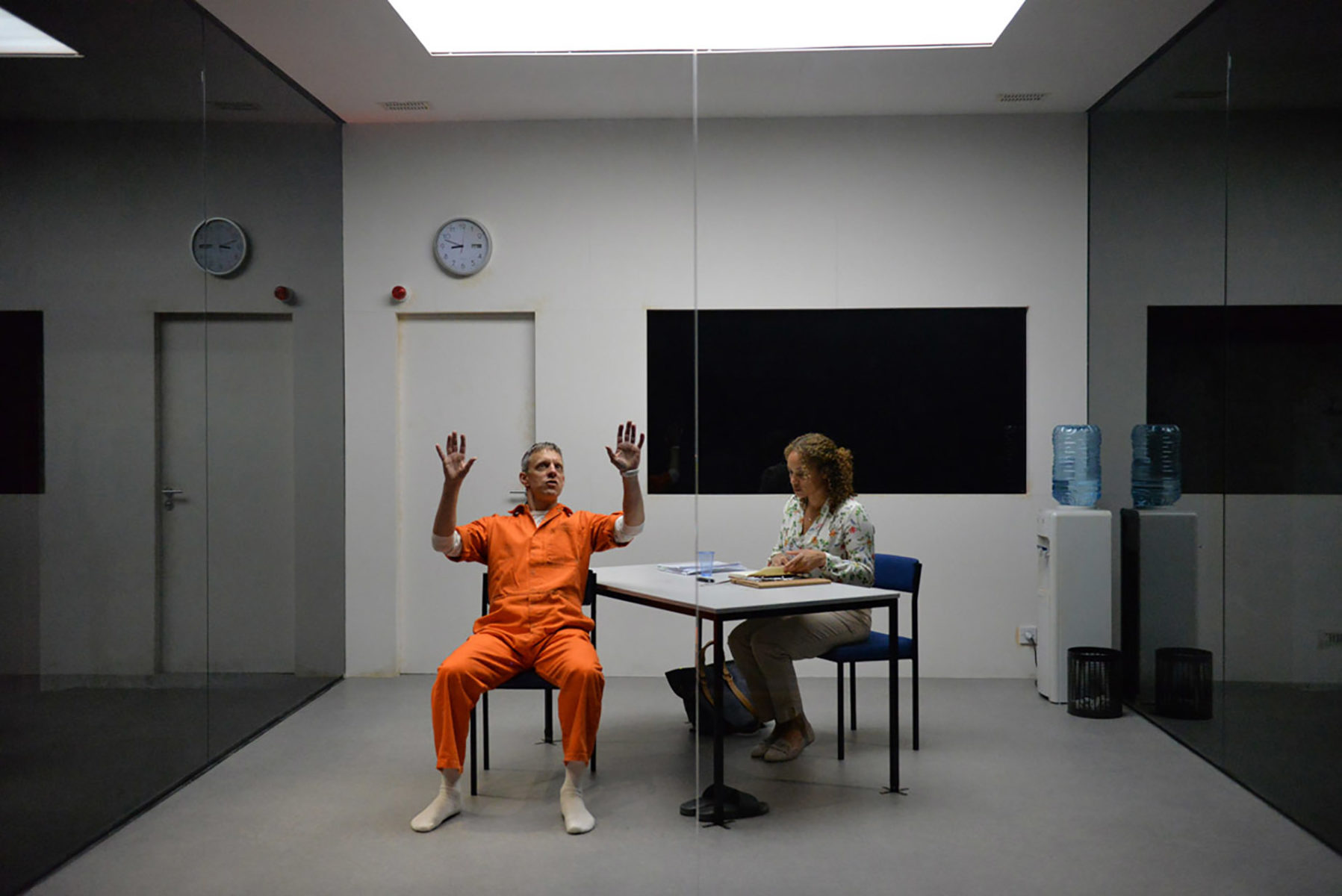 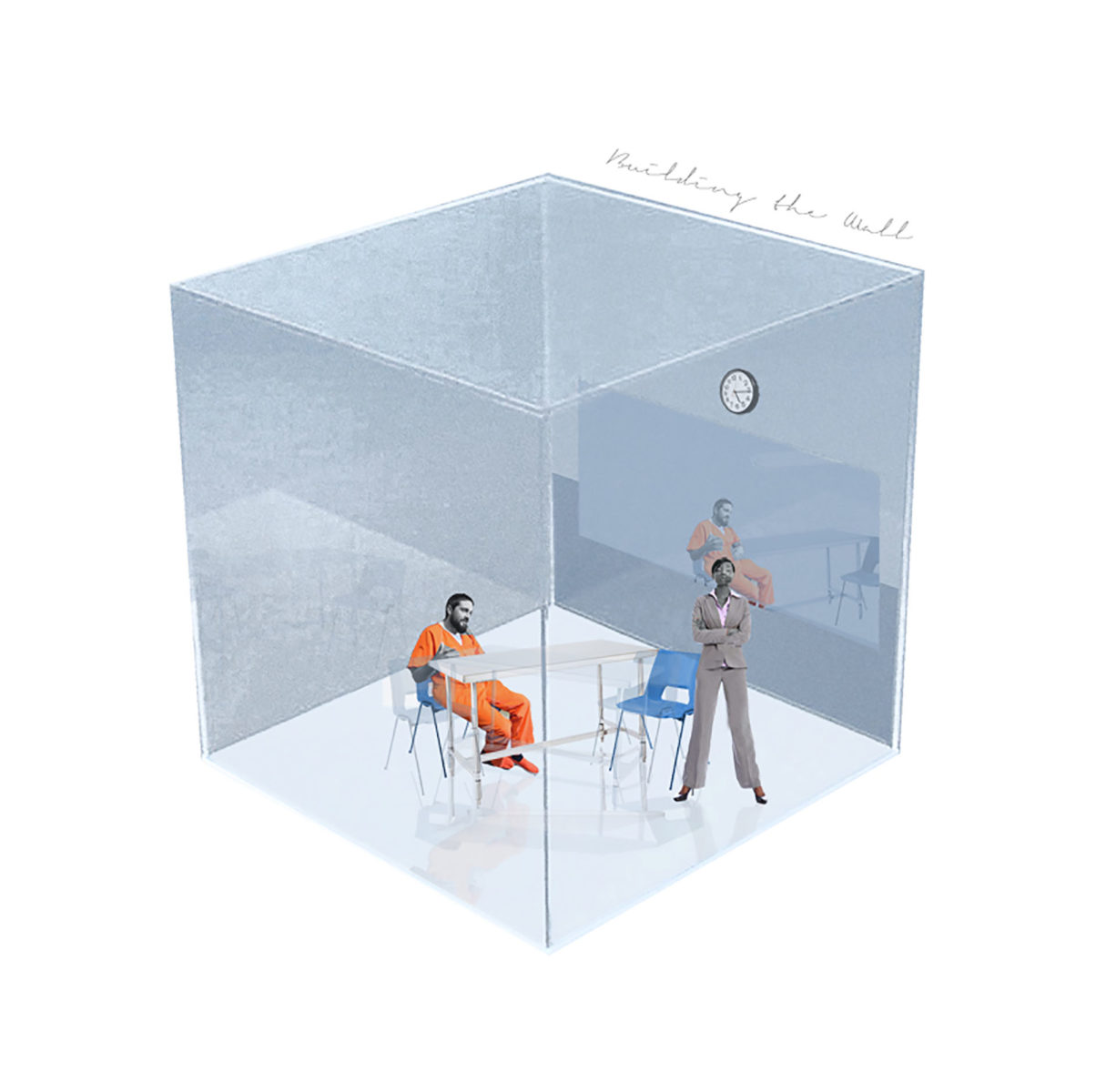 Building the Wall was a play sent to me by Director Jez Bond. He didn’t know how the piece would be staged but had seen a production I had designed and wanted a similar deconstructed/abstracted approach to it.

The aspect of the play I found to be the most exciting was that the woman interviewing the man on death row was the only person to be granted an interview which asked the question: who were the audience? I thought it would be interesting to use sound and a hand held recorder as a means of casting the audience as voyeurs who had tapped into the voice recorder. This was taken further by separating the audience from the actors with real panes of glass, creating an animal-like enclosure. So when the voice recorder was switched off, the audience lost connection. The design required every collaborator to invest fully in the concept.