Rosie is a London based Costume Designer and Maker. She has a BA (Hons) in Performance Costume from Edinburgh College of Art and has gained specialist training in costume design for dance as a participant in “Clothes and Choreography: An interdisciplinary research” at Oslo National Academy for the Arts and as Graduate Intern in the costume department at Trinity Laban Conservatoire of Music and Dance. She has worked with choreographers including Gary Clarke, Feet Off The Ground, Russell Maliphant, Ingrid MacKinnon, Ashley Page, Andrew McNichol, Cameron McMillan, Joss Arnott, Sara Wookey, Zoi Dimitriou, Hagit Yakira and Bim Malcolmson.

Theatre credits include: Papercuts at The Royal Conservatoire of Scotland, A Midsummer Summer Nights Dream by Gin and Tonic Productions and Usynlige Grenser by Oyteateret. 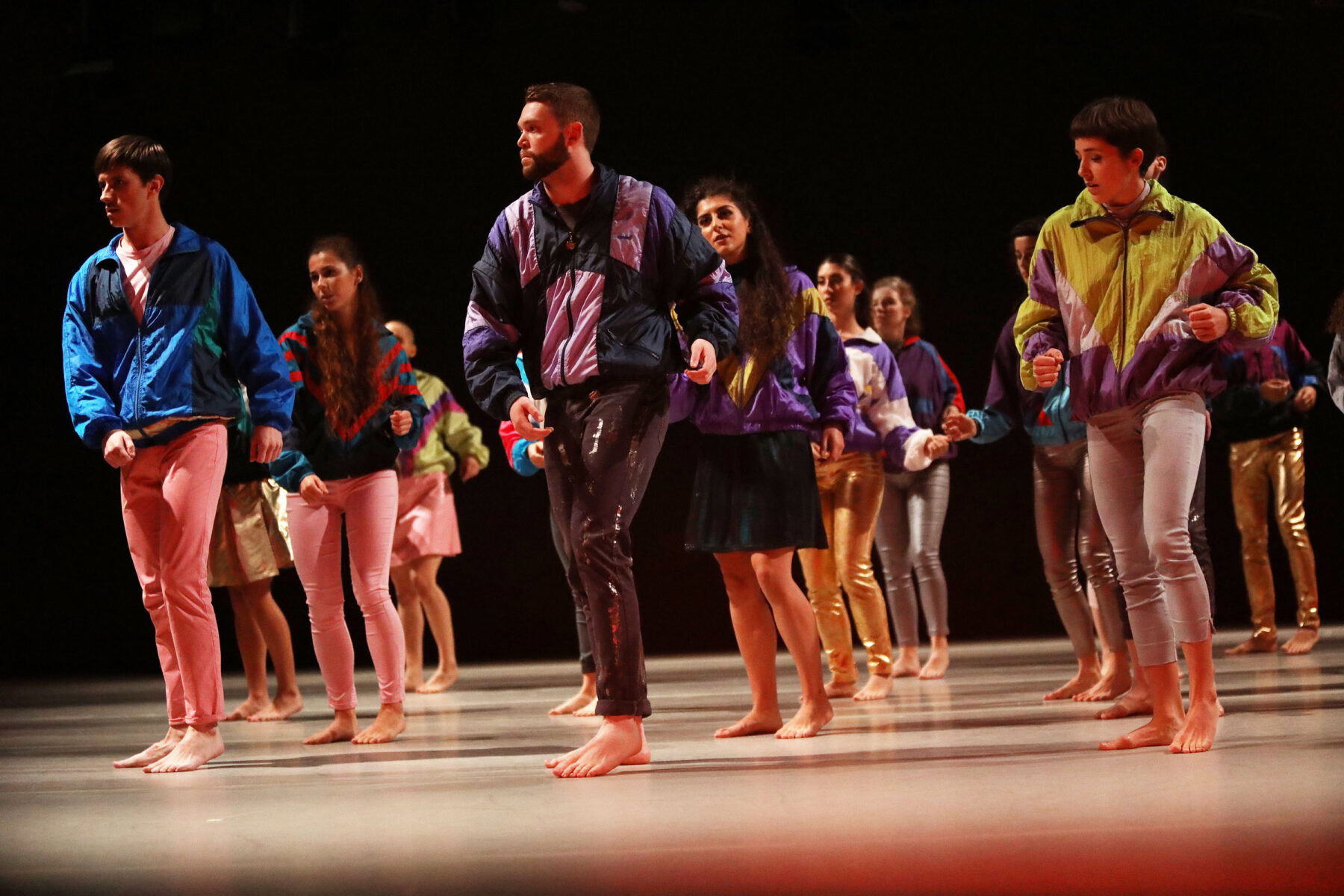 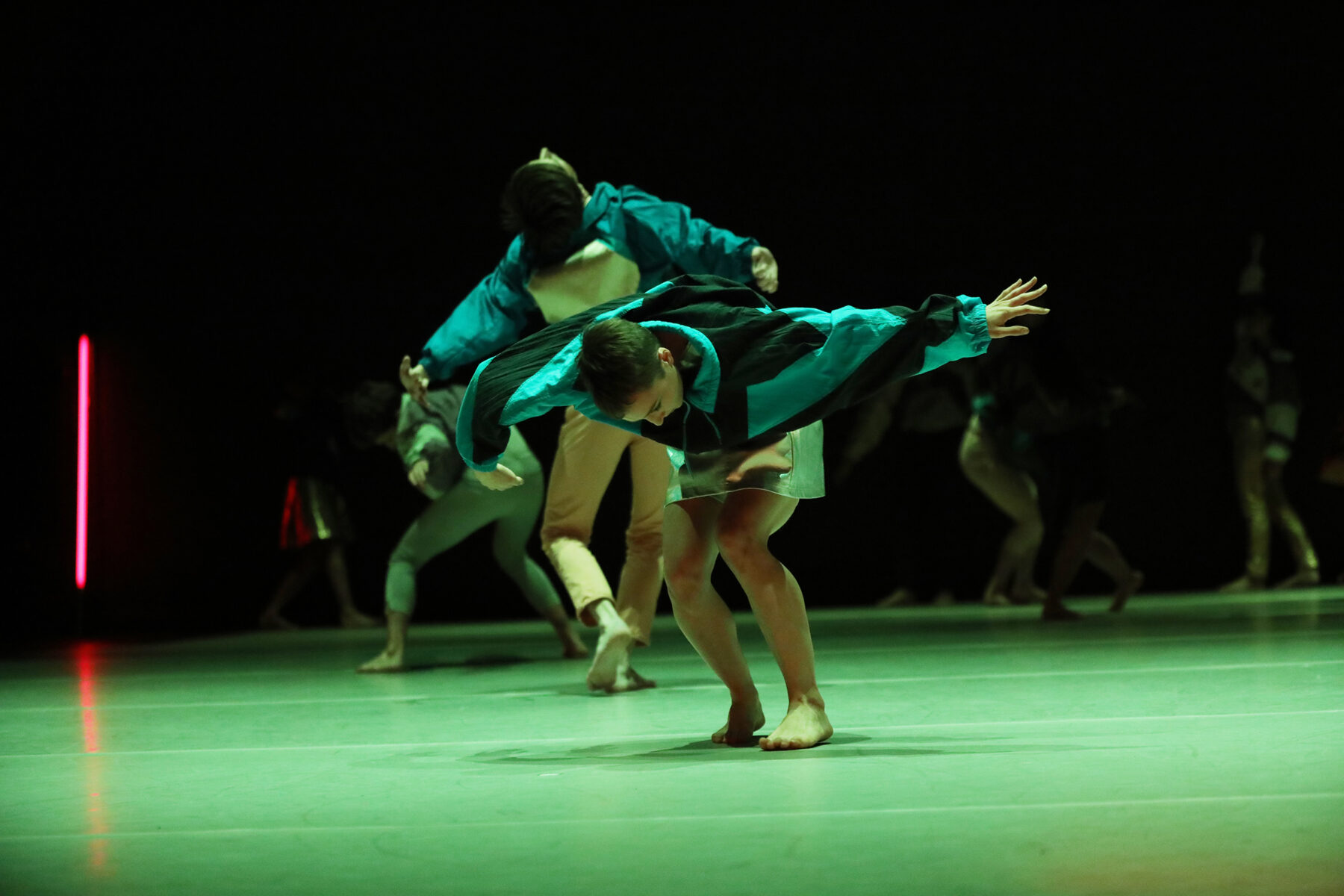 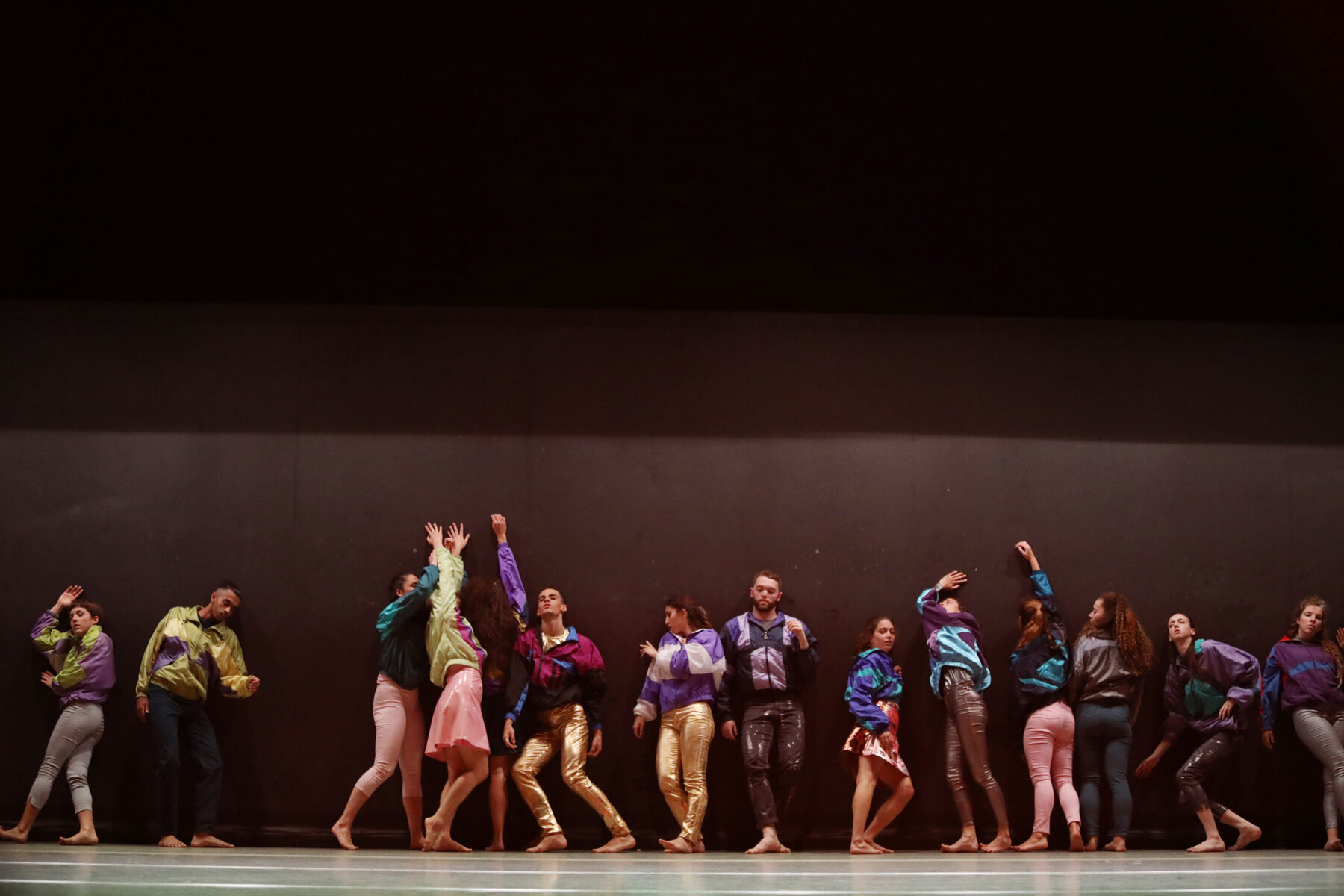 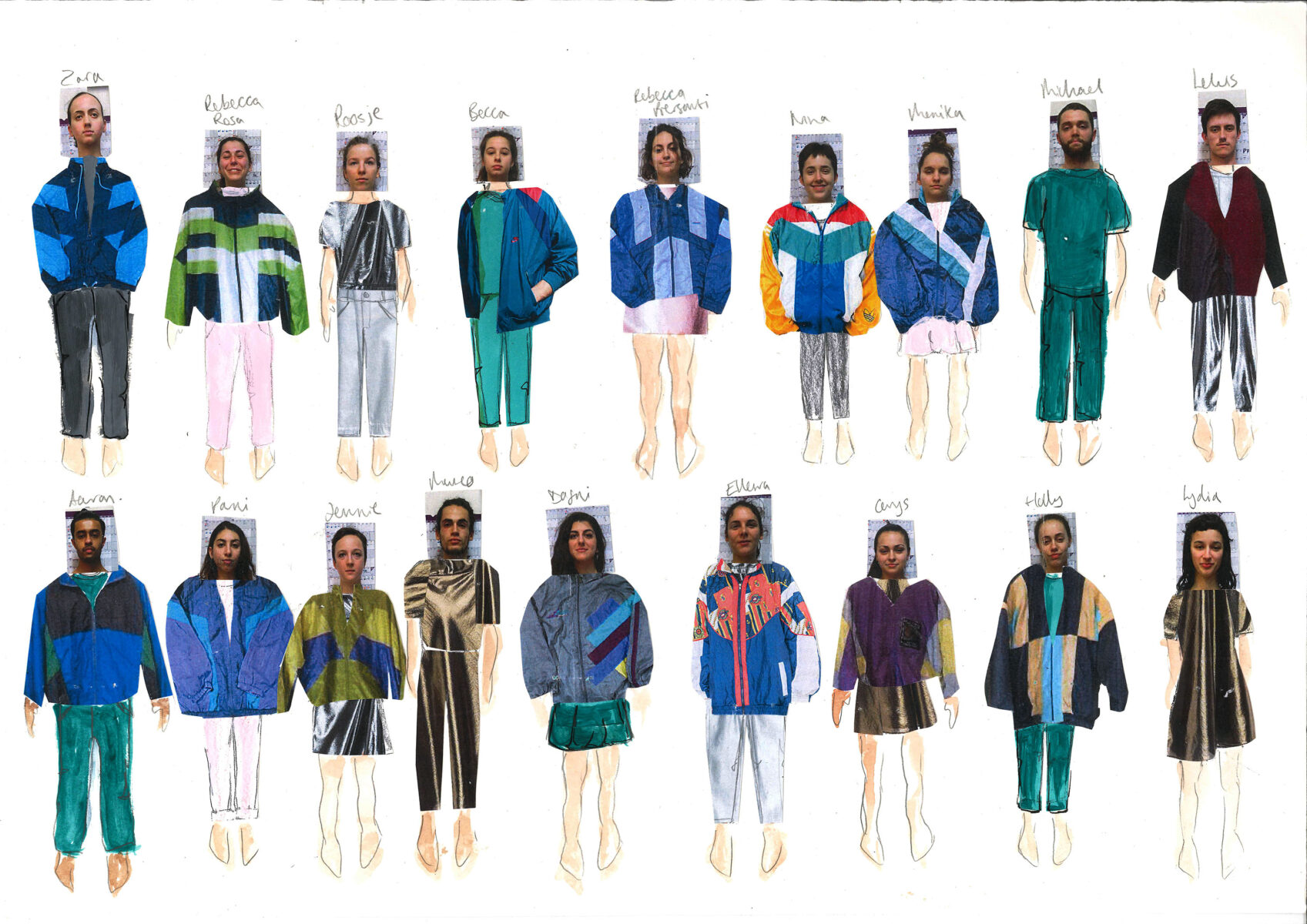 99 Moves was looking at lineages of movement and pleasure in dancing. With the choreographer I discussed creating both a uniformity and a distinct sense of the dancers as individuals, a look that was both contemporary and strongly rooted in the past and recognisable symbols of dance culture.

The shell suit jacket became the focal point of the design and the palette and balance of silhouettes was built around the jackets I sourced.

“I LIKE TO BE IN REHEARSAL AS MUCH AS POSSIBLE SO I CAN UNDERSTAND HOW THE COSTUMES NEED TO BE ABLE TO MOVE ON THE BODIES OF THE DANCERS, TO OFFER MY THOUGHTS ON THE DEVELOPMENT OF THE CHOREOGRAPHY AND HOW IT RELATES TO THE DEVELOPMENT OF MY PROCESS.”