Patti graduated from Edinburgh College of Art in Performance Costume in 2016. Since then she has worked on theatre productions as costume designer and wardrobe coordinator as well as in film and television.

She is interested in theatre for social justice and have recently been involved with Bristol based charity Many Minds in the creation of Forum Theatre pieces. 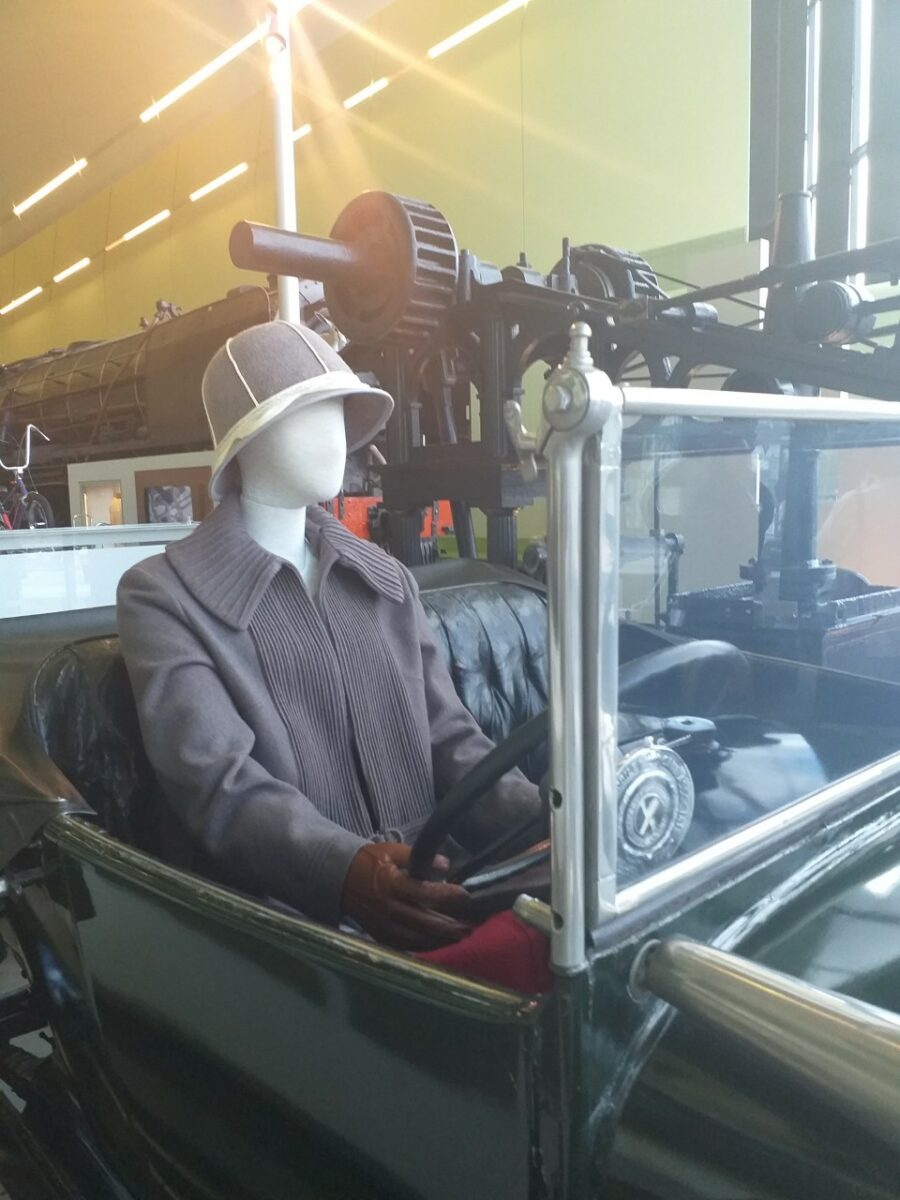 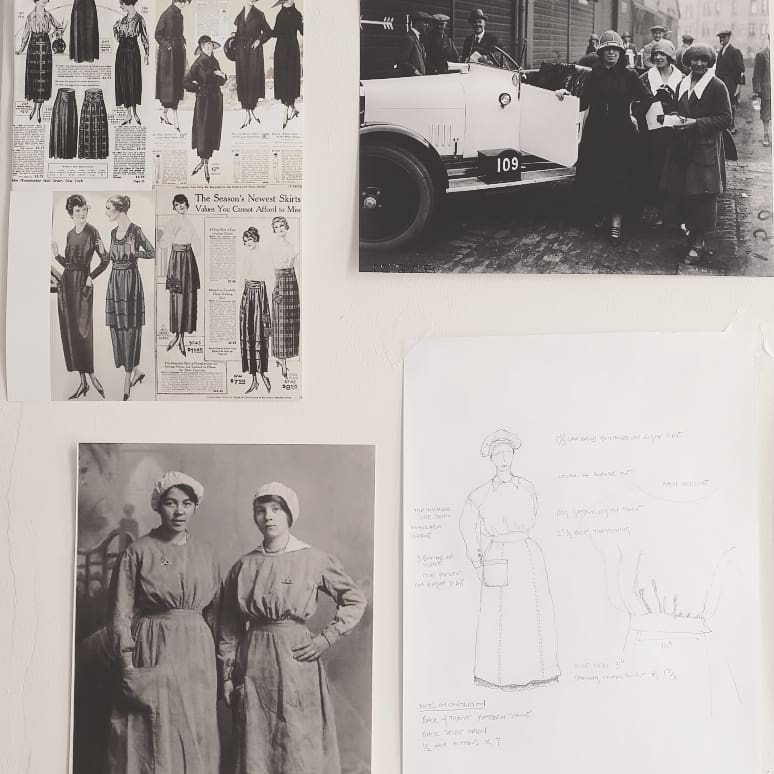 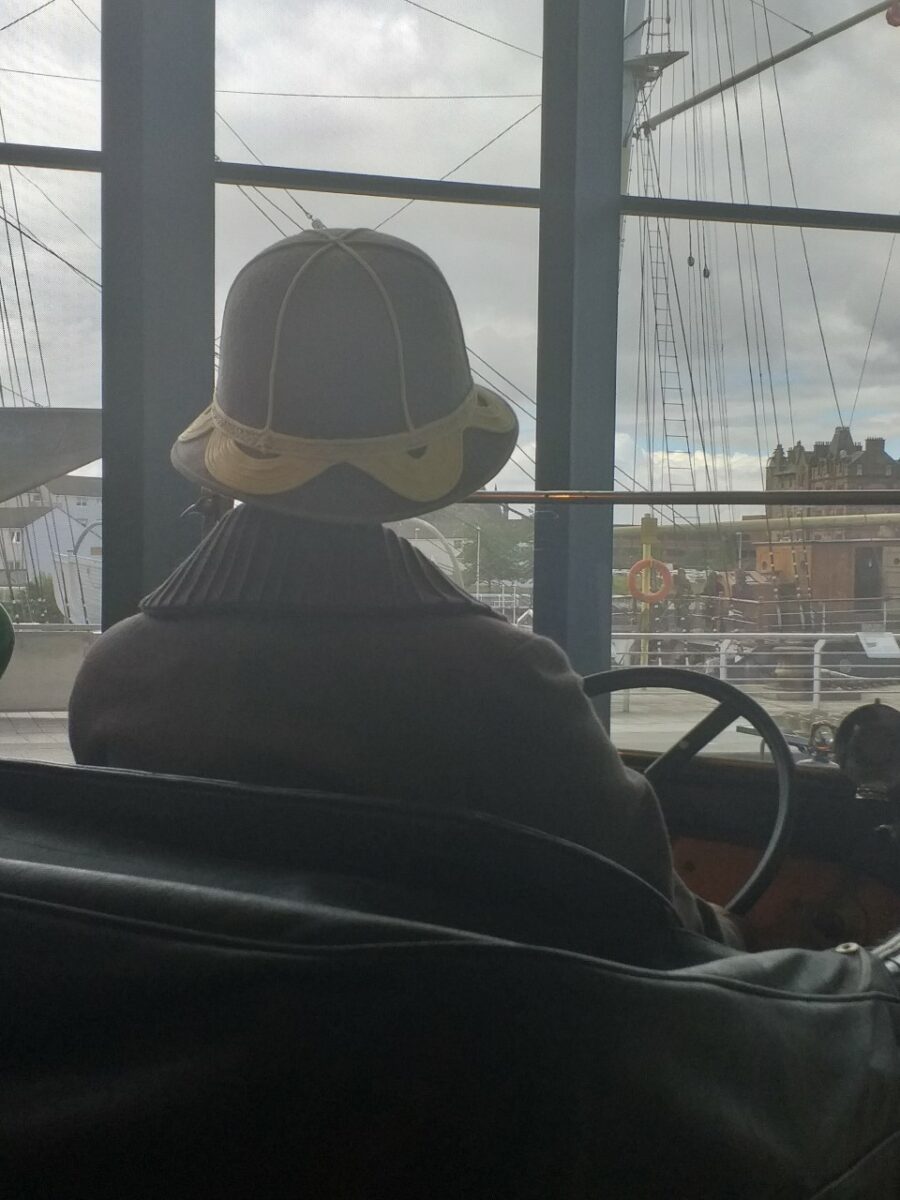 The display of the Galloway coupe car at the Riverside Museum of Transport in Glasgow celebrates the achievements of pioneer engineer, business woman and racing driver Dorothee Pullinger (1894-1986). She was leader in recruiting women into the automotive industry during wartime, and founder of the Women’s Engineering Society in 1919. In Galloway Motors Ltd, the factory produced her first ever car designed specifically for women.

I was commissioned to design and construct the outfit Dorothee was wearing the day she officially presented and raced with the car in 1924. This replica piece is exhibited on a mannequin as part of the exhibition of the car. I also reproduced the factory worker uniform for an actress on school visits spreading the achievements of this remarkable woman.

After careful research on the historic fashion and period, and referring to a particular photograph taken in 1925, I made a number of fabric samples of natural fibres dyed by hand to show the curator the techniques that I would apply to the surface of the garments.  My interpretation of how the clothing would have been made was informed by historical accuracy.

It was challenging to tailor the outfit for a mannequin as opposed to a real person and I learnt a great deal about clothing displays for exhibiting purposes.