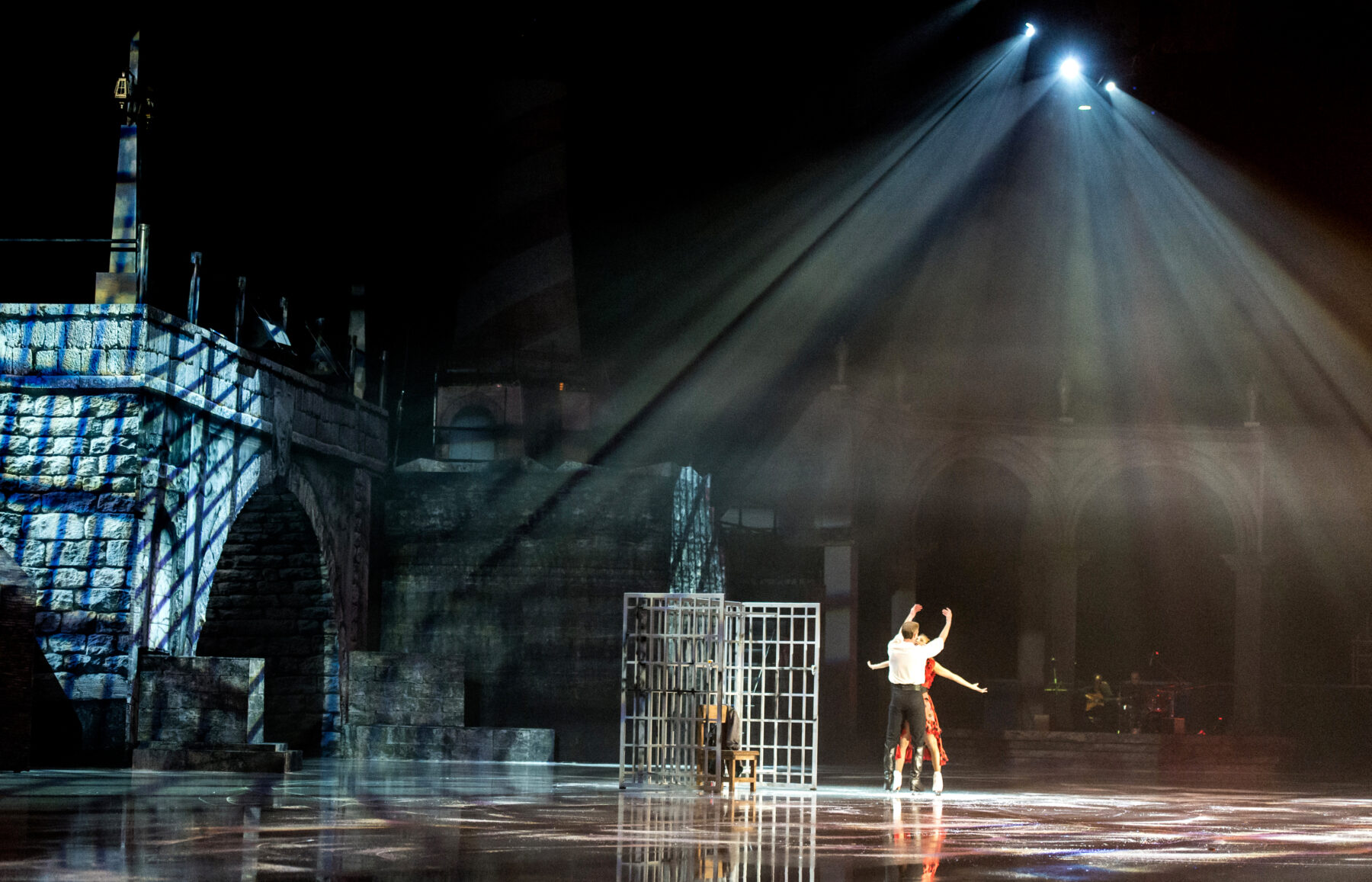 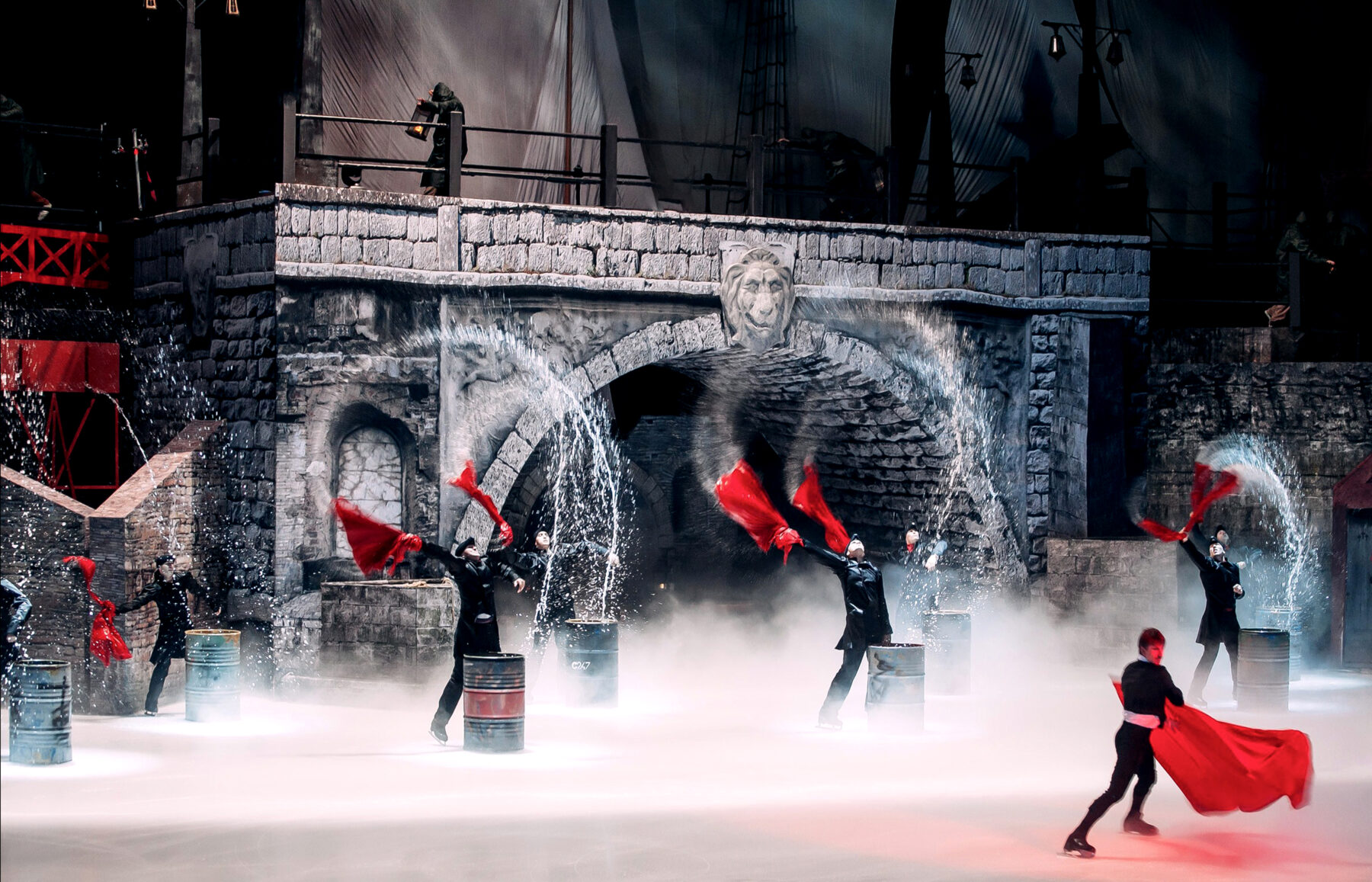 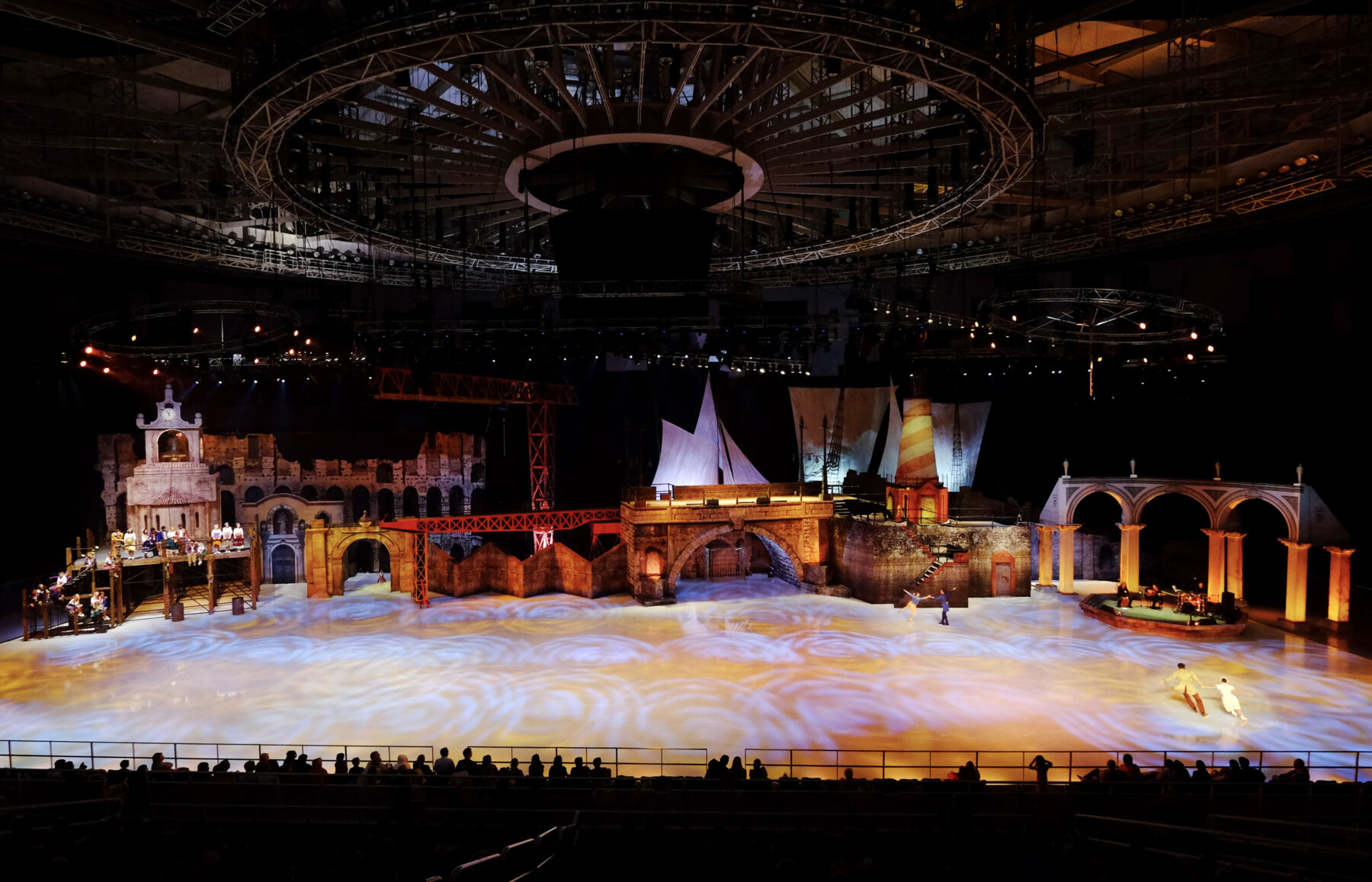 One of the inspirations designing for the musical Carmen on ice was the eclectic style architecture and bullfighting preparations in Seville I was lucky to witness and research. Realistic monochromatic scenery, containing the Colosseum backdrop, bridge, bell tower and arched colonnade is dominated by the scarlet red rotating and tower cranes. Cranes lifting heavy set elements and props also used as the platform for the singers and floor dancers.

Lighthouse with the dramatic light beam represents the fate of Carmen and takes us through the scene changes. Rigged sails, blown by the turbo wind machine with the storm lightening effects become also screens for the moving shadow images. Another challenge was to build on ice the raked platform for the circus horse. Ambiguous set elements highlighting the theme as well as establishing the performing spaces from the small scale up to the whole rink area of 30 x 60 m.