Minglu Wang is a scenographer who likes to explore materials, body, space and performance. With a background of BA Theatre, Film and TV Art Designing, she graduated from MA Scenography at Royal Central School of Speech and Drama with distinction.

She has been working with collaborators for many productions internationally, and also has been actively engaged her works in renown festivals, Prague Quadrennial of Performance Design and Space 2011, London Art Biennale 2015 etc. She was a finalist of Linbury Prize and winner of Taking the Stage in conjunction with British Council Ukraine in 2015, and a selected designer at World Stage Design 2017. She is also a visiting professional at the Central School of Speech and Drama, teaching casting and model making workshop. 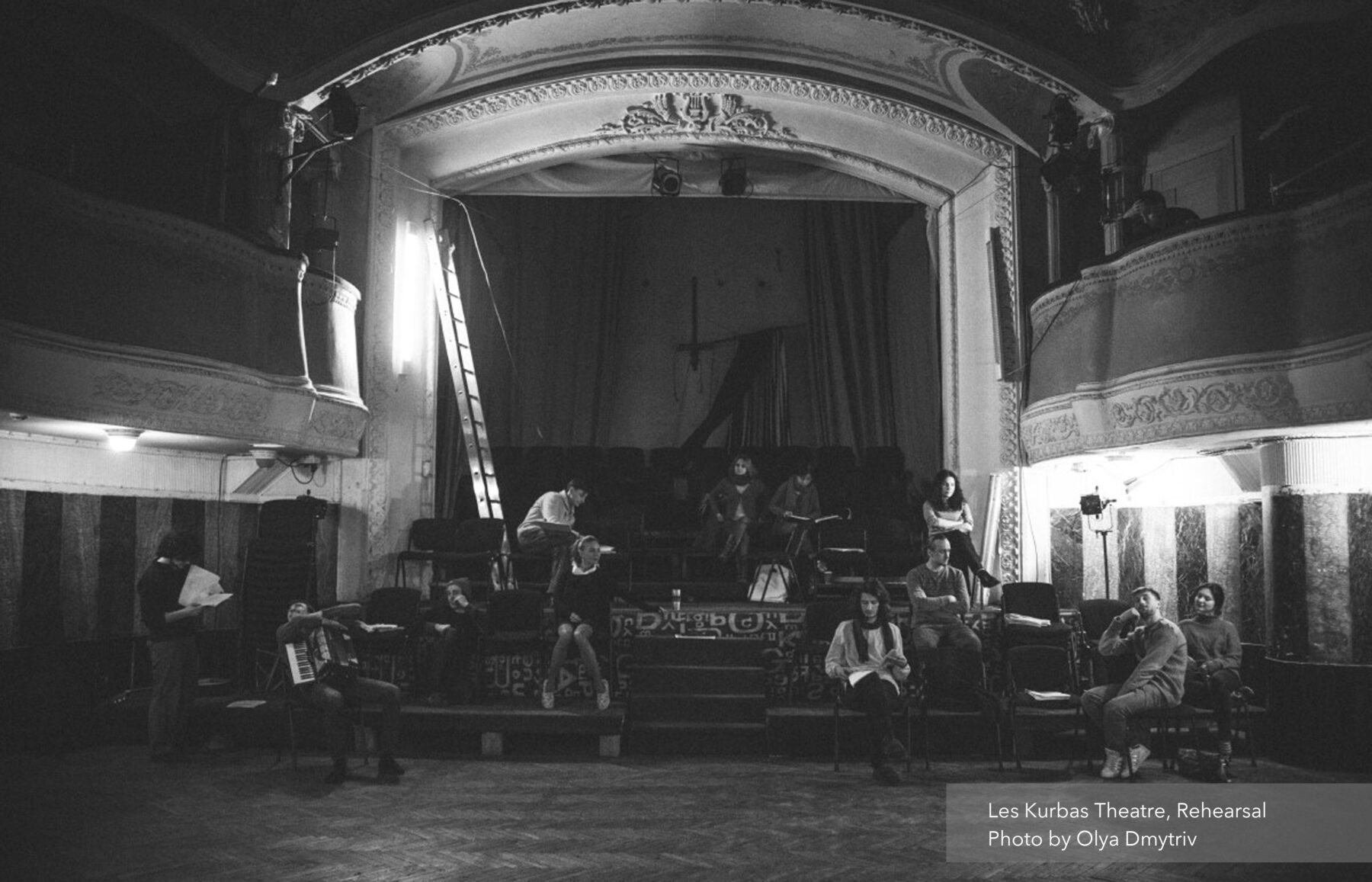 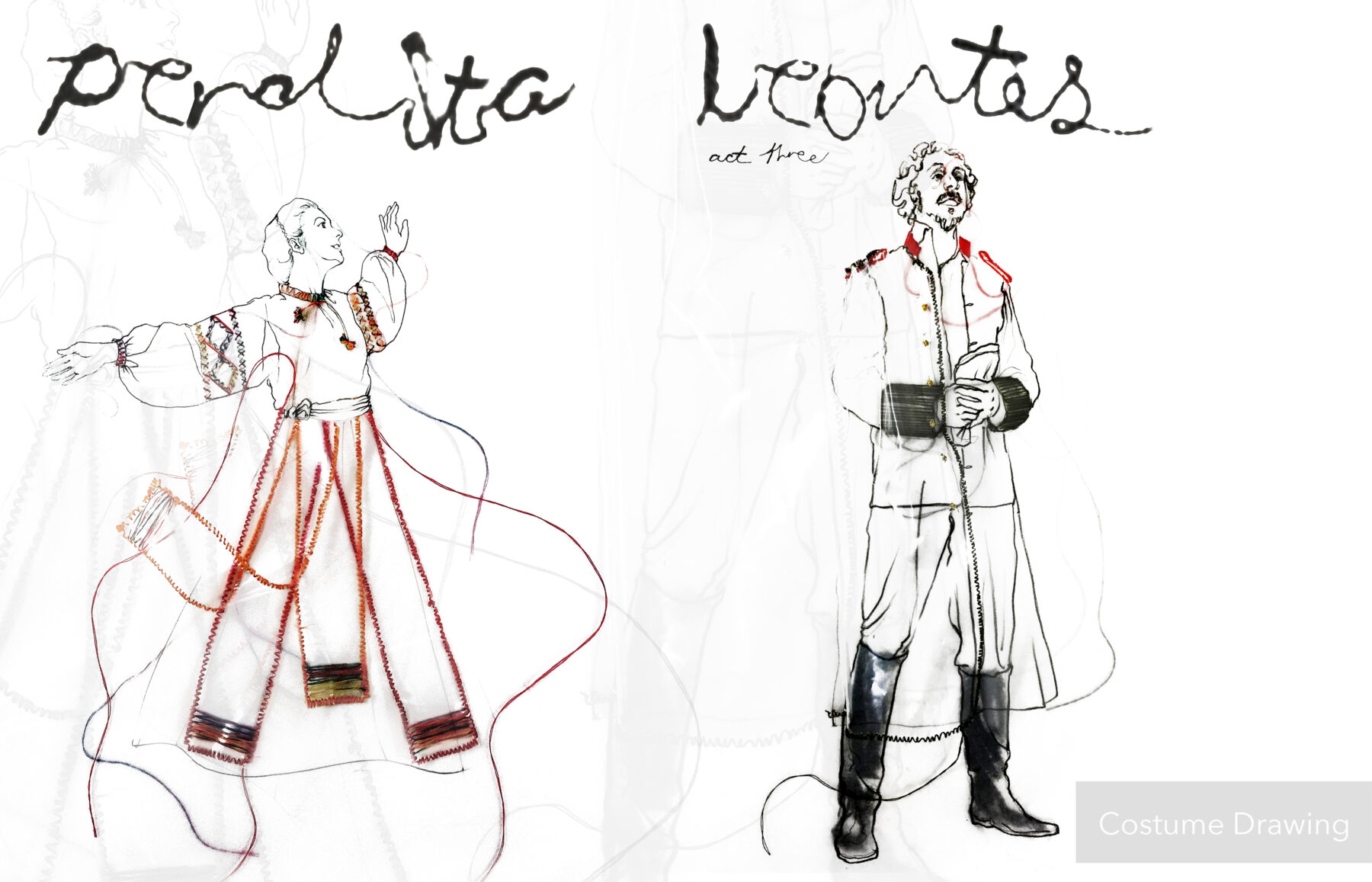 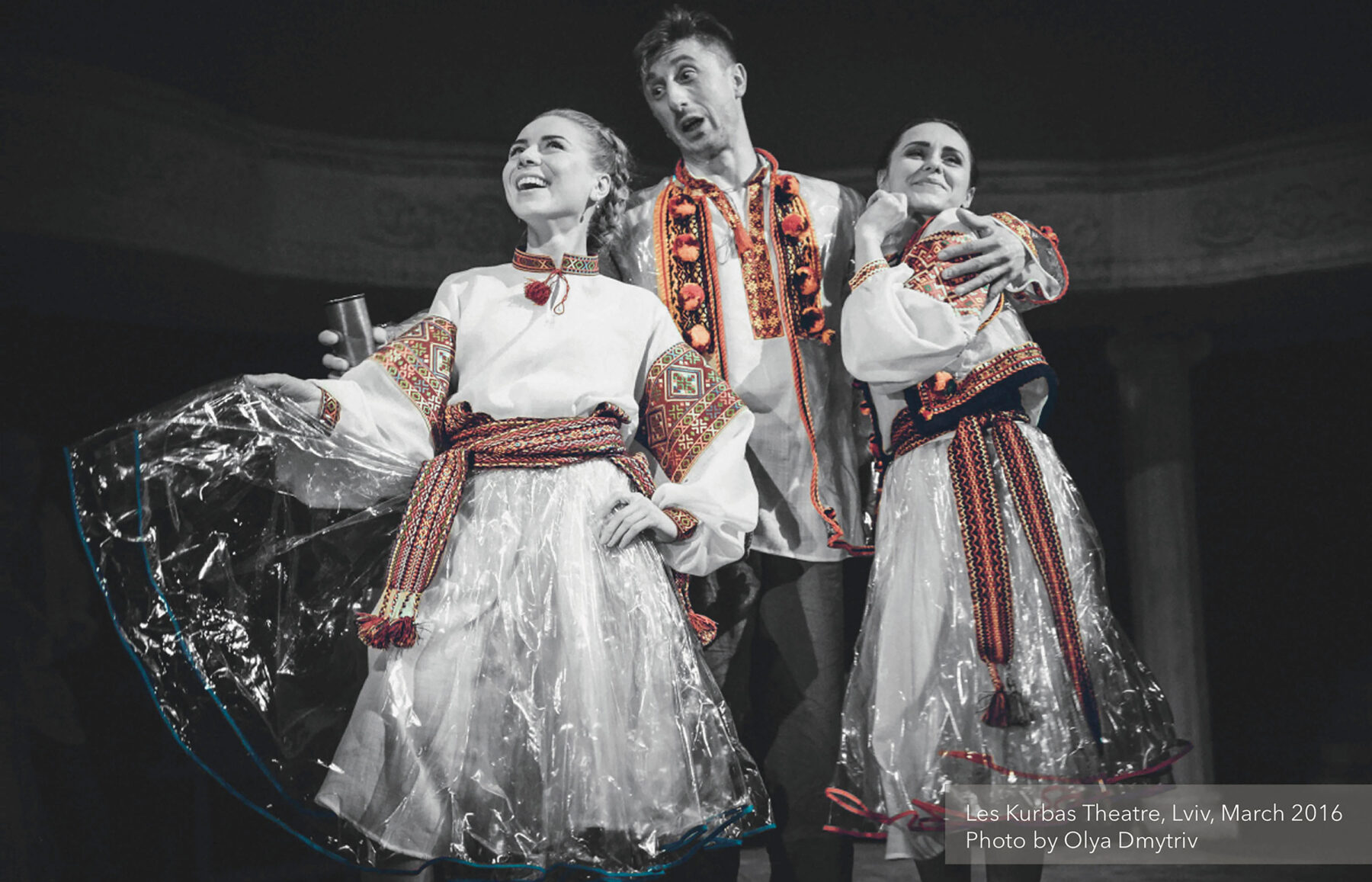 In this adaptation, “time” was considered as the most important protagonist, who took the audience into five epochs of Ukrainian historical journey through the traditional story. This design was based on the unique architectural aspect of Les Kurbas theatre. The dialogue between the doom and proscenium stage was in resonance with the two countries in the play. The whole theatre, including all the doors, balcony, stairs and stage were transformed into performing areas. Meanwhile, audiences encountered different and immersive perspectives of the performance by locating onto stage, auditorium, and balcony as well.

Performers wore like frozen sculptures with distinguished ornaments from each epoch in each act that gently indicated the change of history and time. Time flies as sand falls. It keeps circling the circle and history goes on… This fairy tale illusion not only unfolds the Ukrainian past but also brings and questions the current Ukrainian situation on stage.