Maira is a stage designer working for theatre, opera and film. She trained at Central School Of Speech & Drama. Born in Greece she has found a second home in London where she is based for the last 20 years.

Her theatre designs credits include: Salvadores Dei at the ancient amphitheatre of Odeon of Herodes Atticus under Acropolis in Athens -Greece. The acclaimed show has been touring many years in various venues around Greece. 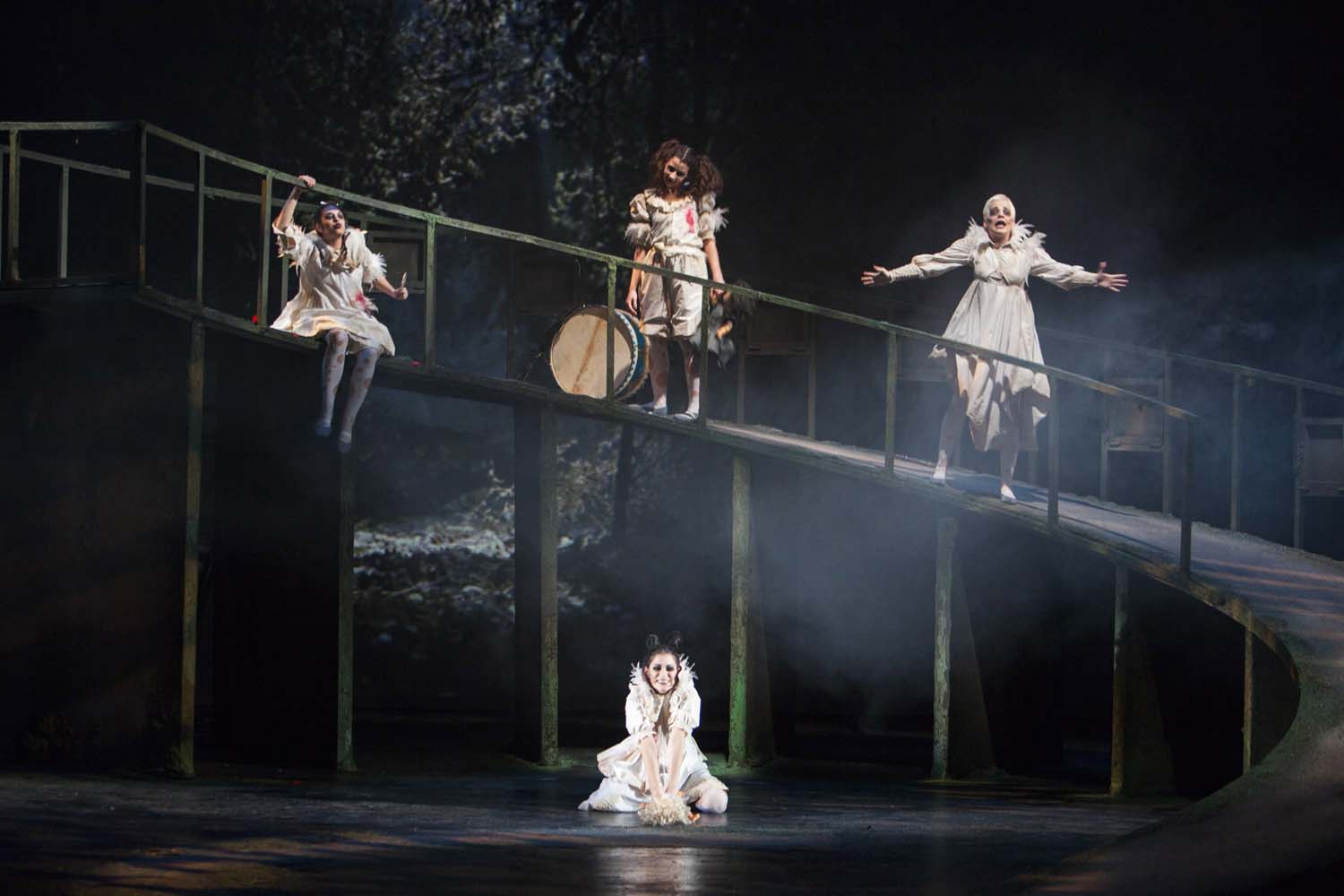 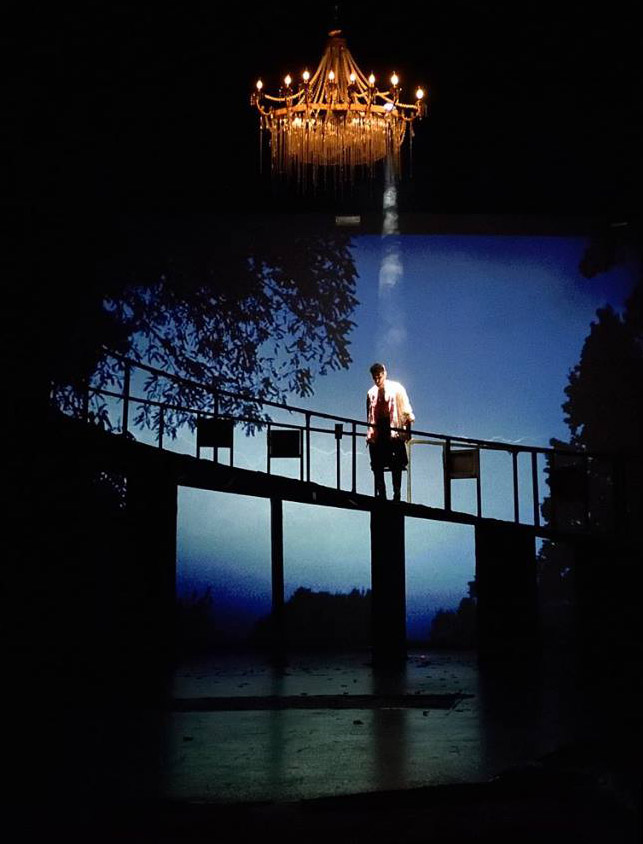 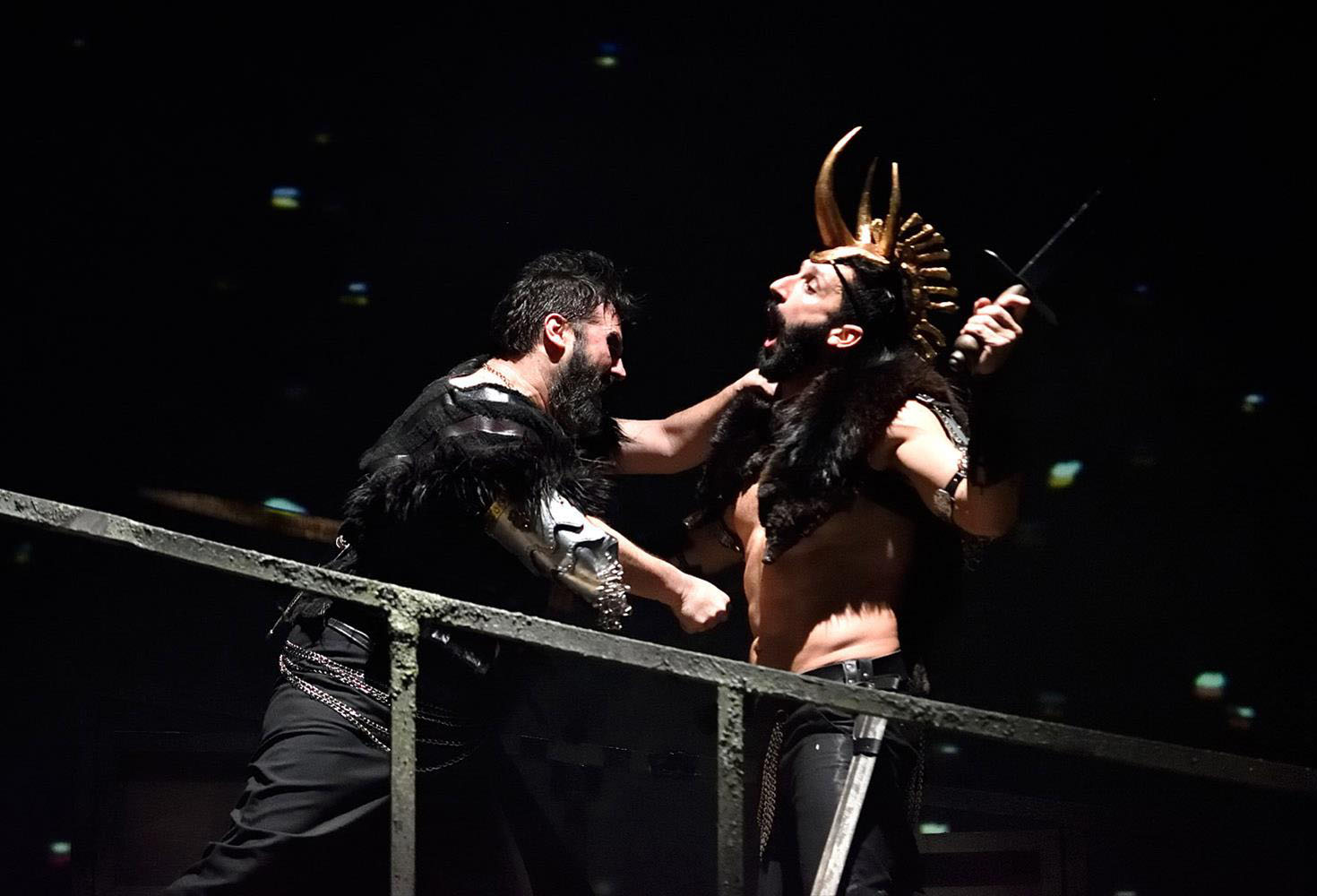 I aimed to create one structure which integrates visually the text and can be transformed to various locations. That was the spiral. A complex and powerful symbol which with its dynamic movement, symbolizes time, evolution, repetition, infinity. The beginning of Macbeth’s journey, his ambition to conquer power, destruction, the fall and after that the repetition. The spiral is directly linked to mothers, goddesses and fertility, female elements which I wanted to include as Lady Macbeth had a substantial role in the play.

This robust, architectural structure gives a plethora of entrances and exits which could also refer to the Highlands of Scotland. It is transformed from a palace into a battlefield and from a festive reception to a place of destruction. Video projection complements the abstract set by dressing the topographic and emotional atmosphere as well as the rhythm of the show. 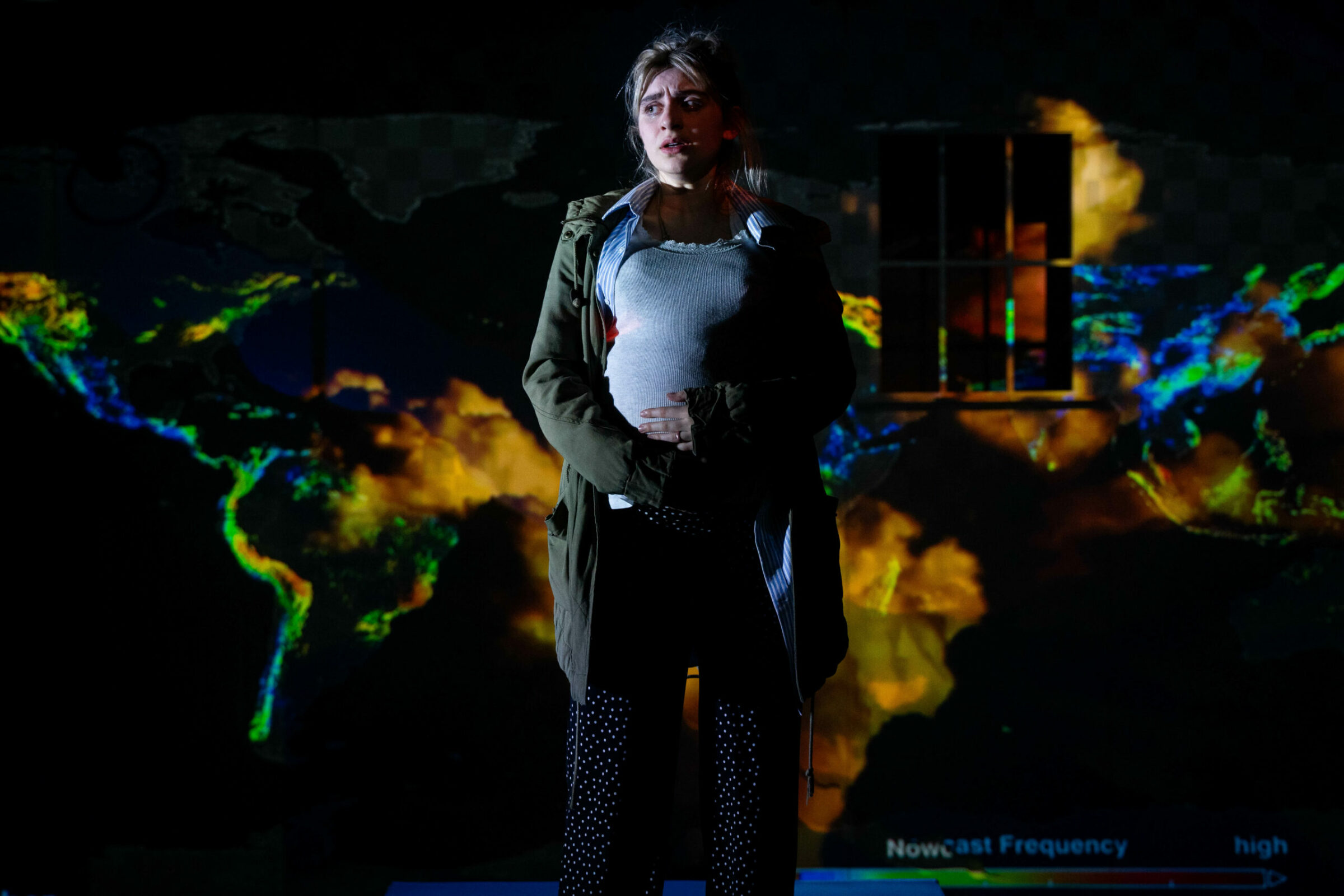