I am an emerging theatre and performance designer based in Surrey who is passionate about producing cutting edge design. I graduated from Nottingham Trent’s Theatre Design course in 2018 with a First Class Honours Degree. As a designer I am particularly interested in the relationship between historic plays and contemporary audiences and how this can provoke an uncanny feeling. Since graduating credits include : Reformation with JMC; Fire at the White Bear Theatre; Guildford Shakespeare Company’s School tour productions of Macbeth and Romeo and Juliet and The Seven Voyages of Sinbad the Sailor (Set Design) with Spontaneous Productions. 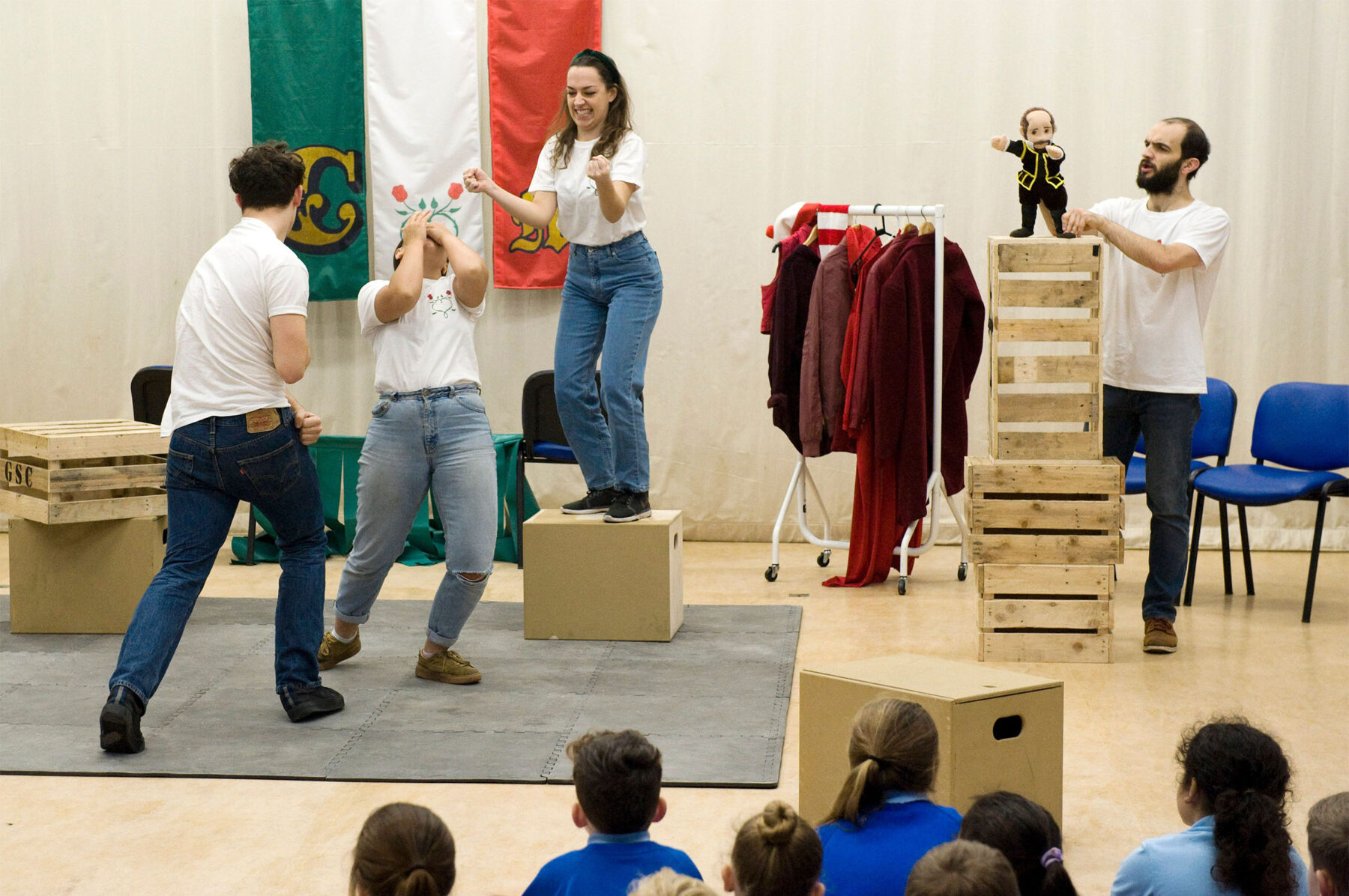 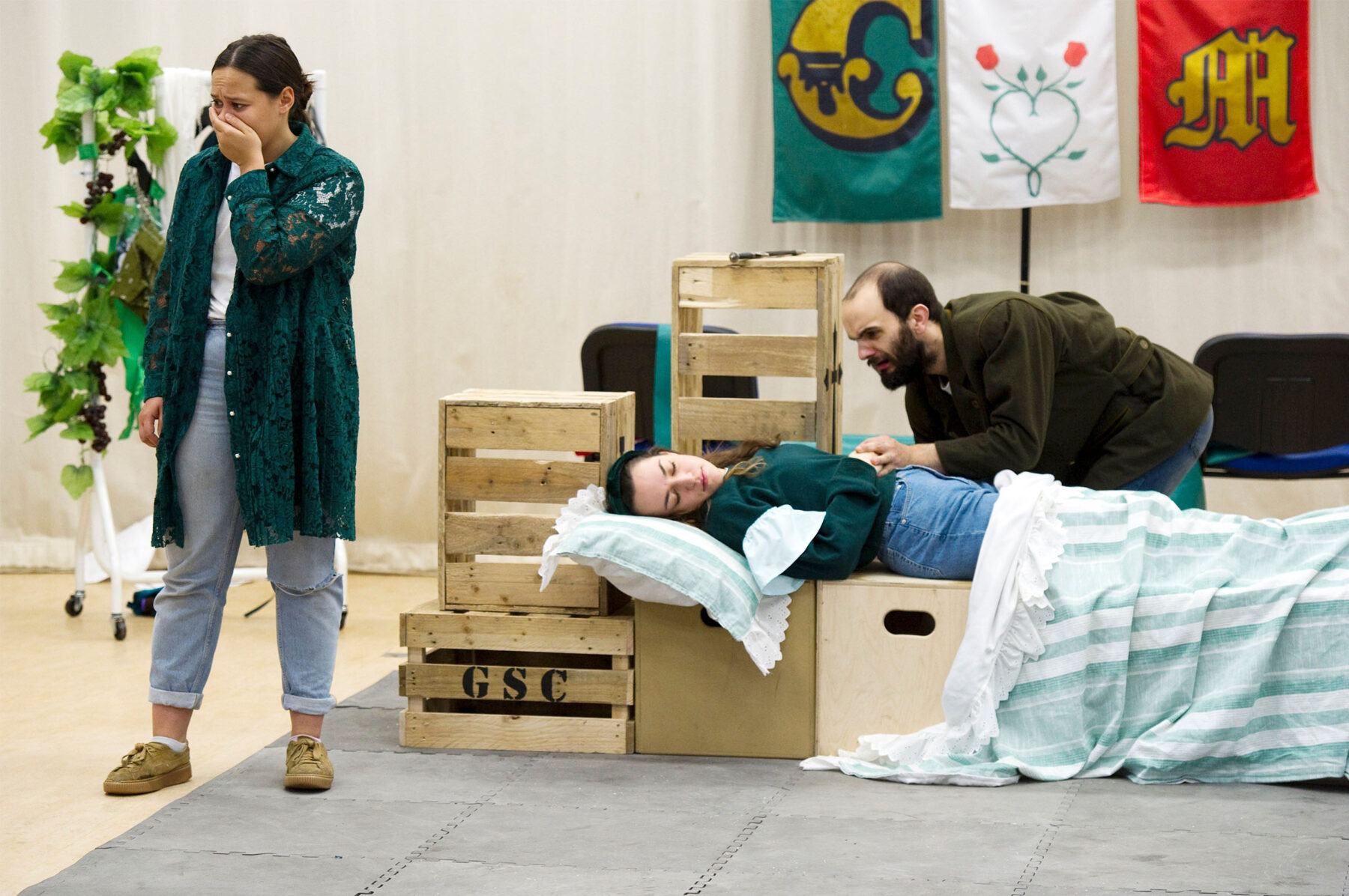 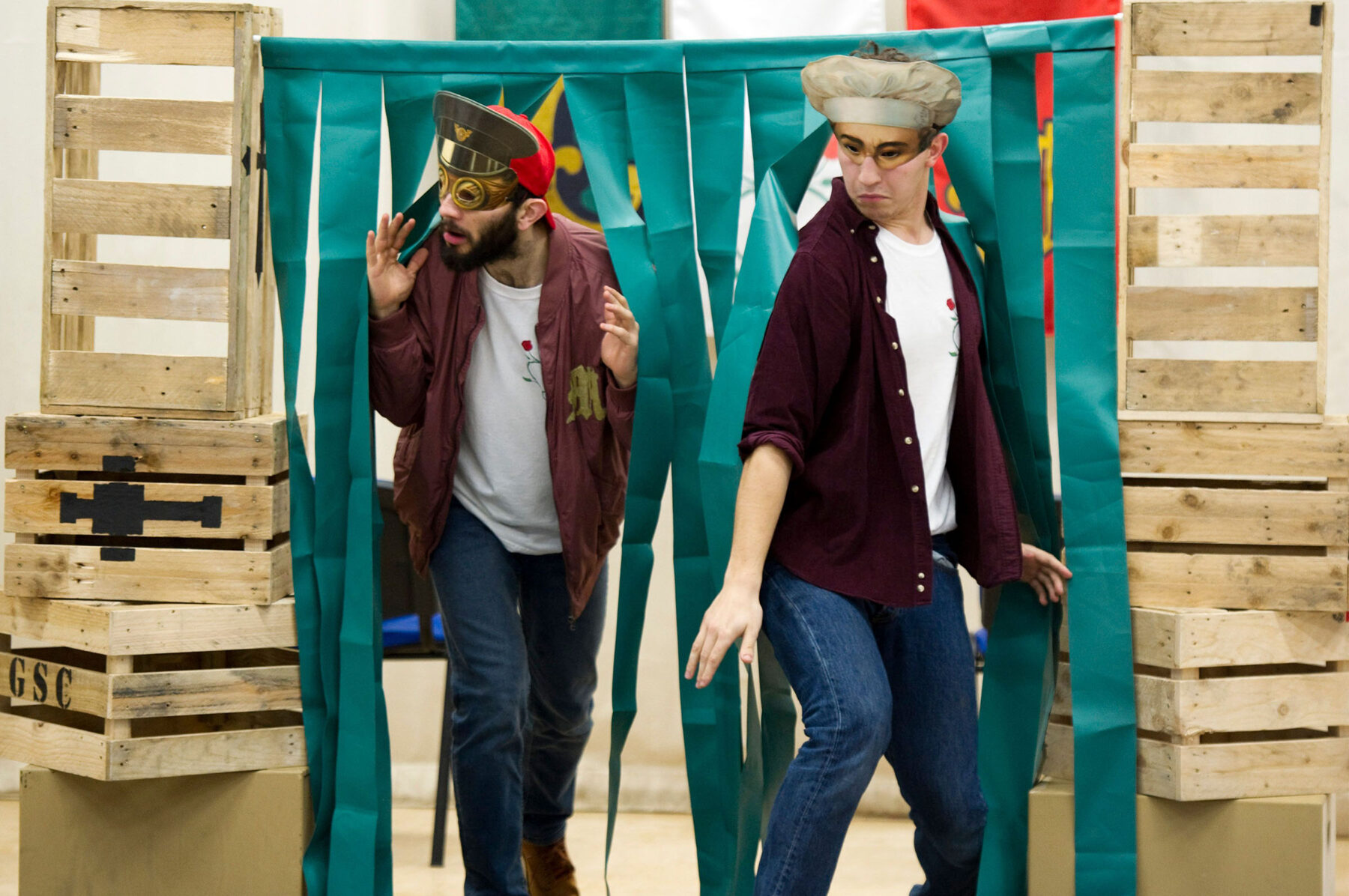 I designed and built both the set and the costumes for Guildford Shakespeare Company and The Delight Charitiy’s Primary School tour of Shakespeare’s Romeo and Juliet. This was a small scale touring show that visited schools in Surrey’s more deprived areas aiming to introduce the Children to Shakespeare. The design for this production had to be simple and easy for the actors to pack away into a small van at the end of each show, it also needed to be a visual aid to the Children understanding the text. The 4 actors multi- rolled the characters in the play by putting on various, colour coordinated costume items over the top of their generic bases. The set was a modular design involving the specific placement of wooden crates to simply convey different locations within the play.