Laura has has a first class BA Hons degree in Theatre Design from Nottingham Trent University and has been working as a freelance designer for twenty years. She has a specialism in designing for younger audiences and had created work which has toured globally. She has a long running relationship with Polka Theatre for Children in London and is currently working as Interior Designer on their redevelopment of the building alongside Foster Wilson Architects. This is due for completion in Autumn 2020. Laura is associate director of Red Earth Theatre in Derbyshire who specialise in devising touring theatre which is accessible to all.

Alongside her work as a theatre designer Laura is a practicing artist and her work has been exhibited at the Royal Academy Summer Exhibition three times. This work has been in collaboration with her husband Dominic Mallin and their company 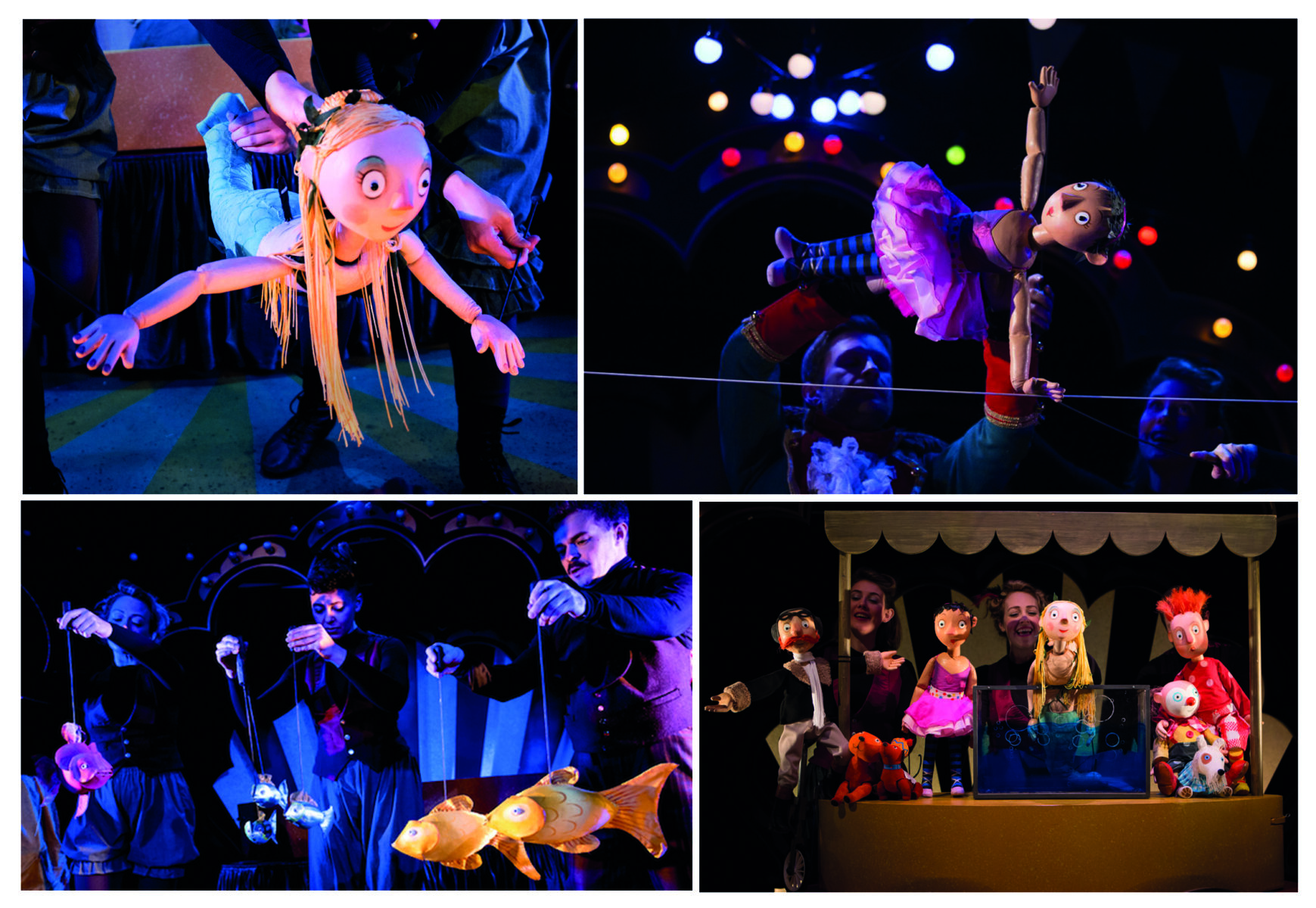 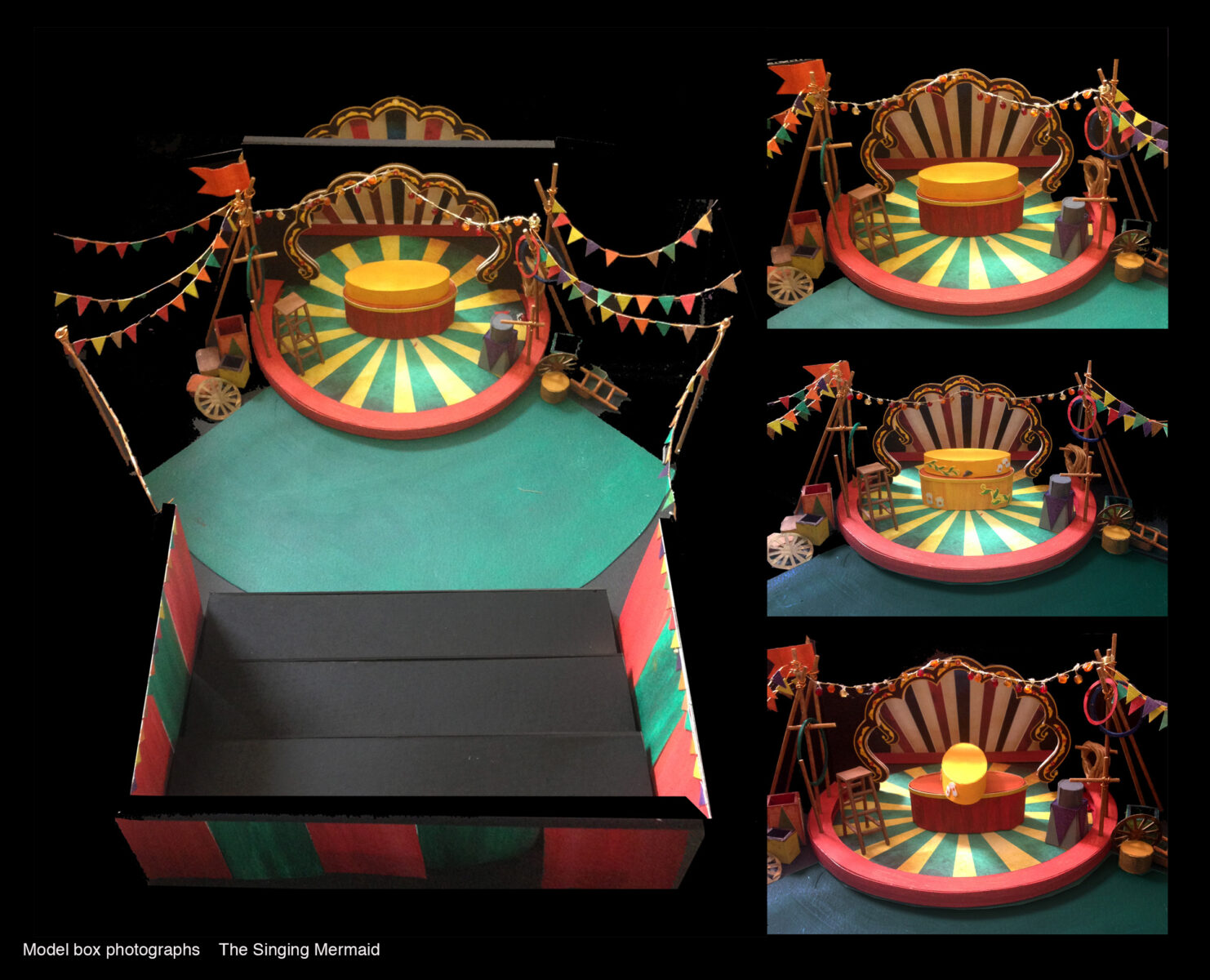 This production was for audiences aged 3-7 and through the design I wanted to make the piece feel as immersive and sensory as possible. I wanted the experience to begin for the child the minute they stepped into the theatre building. Within the story of The Singing Mermaid the mermaid is held captive at a circus and this world became the frame for the design. Our audience enters a circus arena and swags of fabric, bunting and festoon lighting envelop the audience in the whole space. I wanted the child to feel a part of the story, not just an observer.

One of the greatest challenges for the design was the two different spaces it had to occupy – Little Angel Theatre and Northampton Theatre Royal Studio. They had very different physical parameters so a lot of time went into working out how the design could be adaptable. The production has since completed a national tour so it has continued to stretch and shrink into many different spaces with the objective always being to make the design feel all encompassing.