Lara Booth is a costume and set designer with a passion for inventive storytelling. As a designer she aims to explore space and create environments and costumes that will serve the actors and the story as well as bringing an immersive experience to the audience.

Lara graduated from Bristol Old Vic Theatre School with Distinction in 2004. She has collaborated on devised pieces as well as text-based works and her creations range from small scale touring theatre to large scale opera productions. Recent Works Include: Rhondda Rips It UP!, Welsh National Opera; Rigoletto and Don Pasquale, Longborough Festival Opera; Be My Baby, National Tour. Hidden, The Horsfall in collaboration with 42nd Street; Arcadia, The Illusion, Cloudstreet, HOME.

Lara is a regular guest designer for Manchester Metropolitan University School of Theatre and is a Senior Lecturer in Costume Design at The University of Huddersfield.

RHONDDA RIPS IT UP! 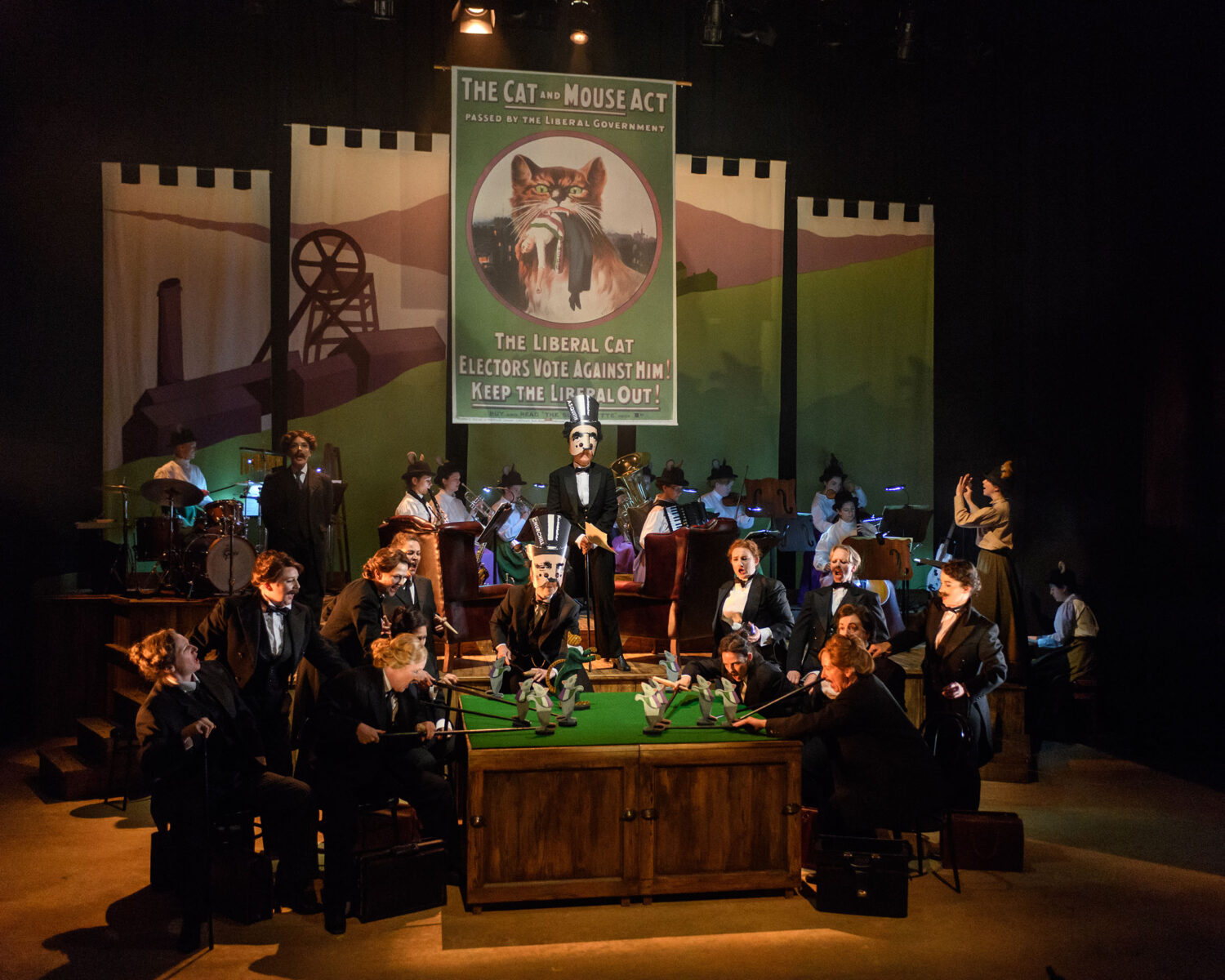 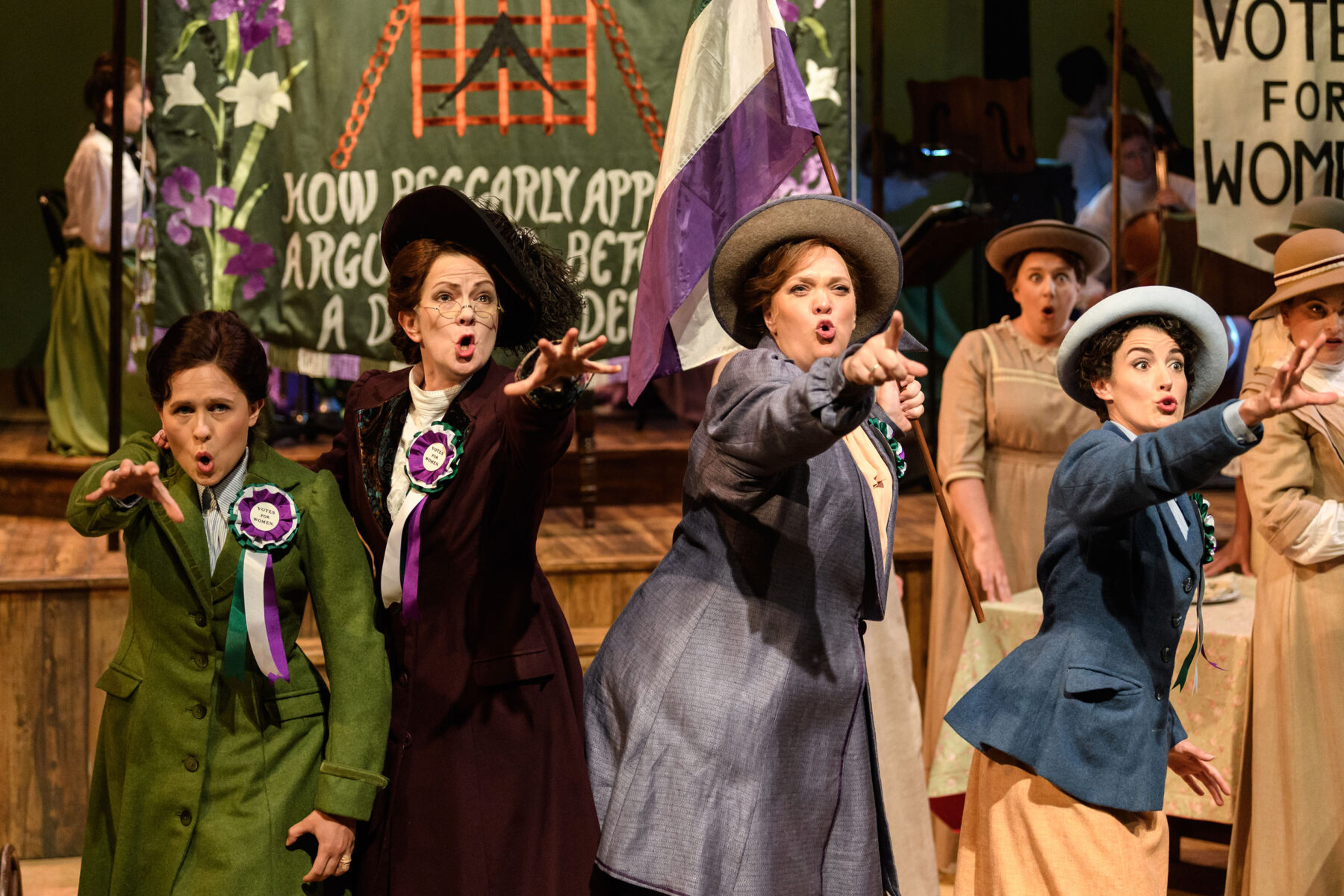 Rhondda Rips It Up! is an ‘opera cabaret’ celebrating the extraordinary life of Welsh Suffragette, Margaret Haig Mackworth, and marks the centenary of votes for women. David Poutney brought together an all-female company to create and perform this new commission. The challenge was to design set, props and costume that enabled the cast to perform swift scene changes that contributed to the storytelling and in themselves enhanced moments of comedy. The all-female cast played roles of both men and women.

The tour actively engaged women’s community choirs who sang out from the auditorium, creating moments that could not fail to inspire female solidarity. I began designing this piece whilst one month pregnant; on opening night my child was ten months old. It was a truly extraordinary journey as a designer, a storyteller, a mother and a woman.