I was born in Cardiff where I spent my first 19 years. This included an art foundation course. I assumed my future lay in fine art or architecture but it was there I discovered that Theatre Design was a thing that could combine elements of both disciplines as well as a passion for theatre.

A folder full of life drawings won me a place at Nottingham Trent. A couple of years after graduating I thought I’d better move to London so I did an MA in Scenography at Wimbledon School of Art. Since then I’ve continued to live in London designing plays and sometimes musicals. Credits include The Wizard of Oz; Kiss Me Kate; Hobson’s Choice (Sheffield Crucible); Cat on a Hot Tin Roof; Much Ado About Nothing (Theatre Clwyd); The Merry Wives of Windsor; A Comedy of Errors (Shakespeare’s Globe); Enjoy (Gielgud); The Madness of George III (Apollo); Madman (Plymouth Drum).

THE WIZARD OF OZ 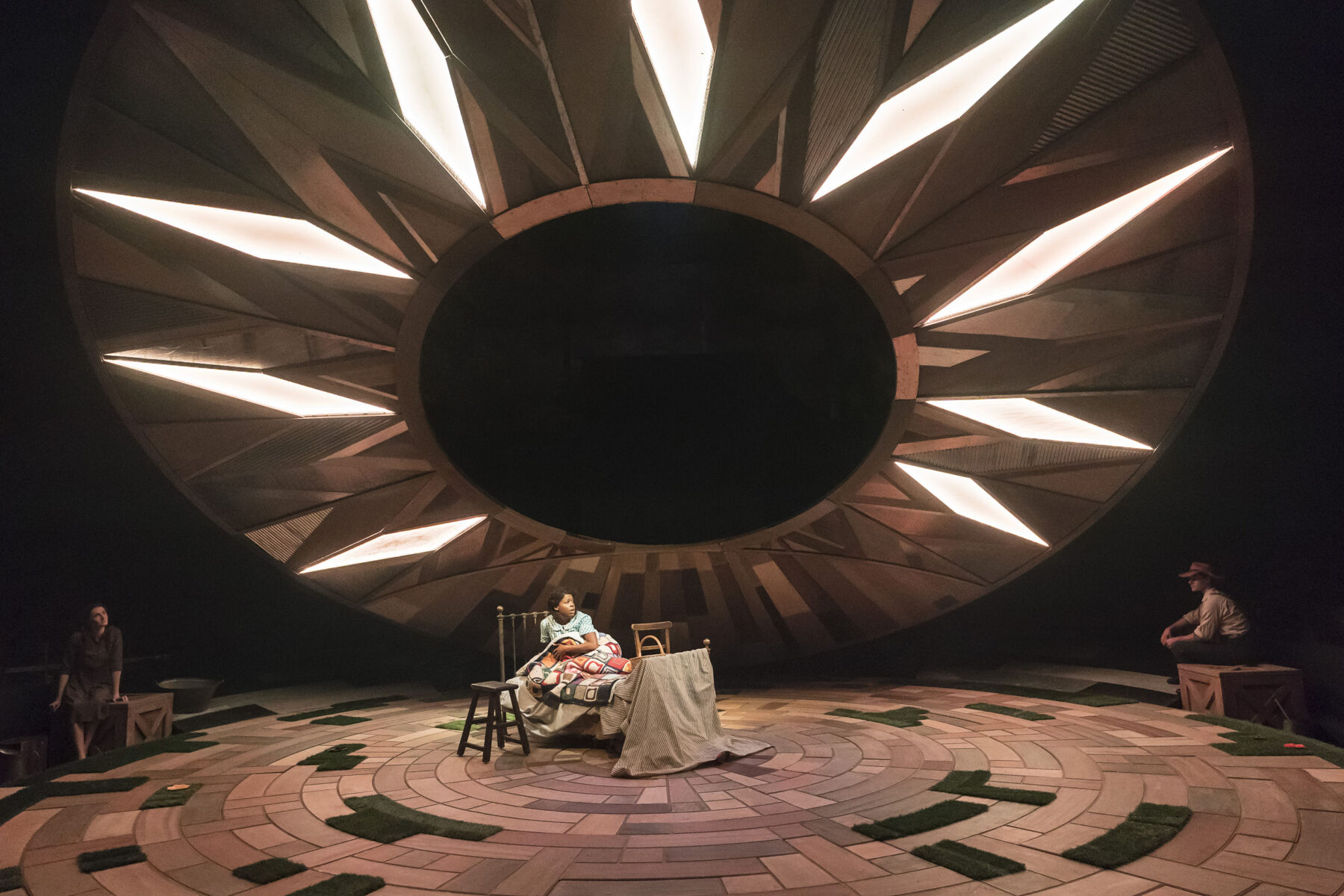 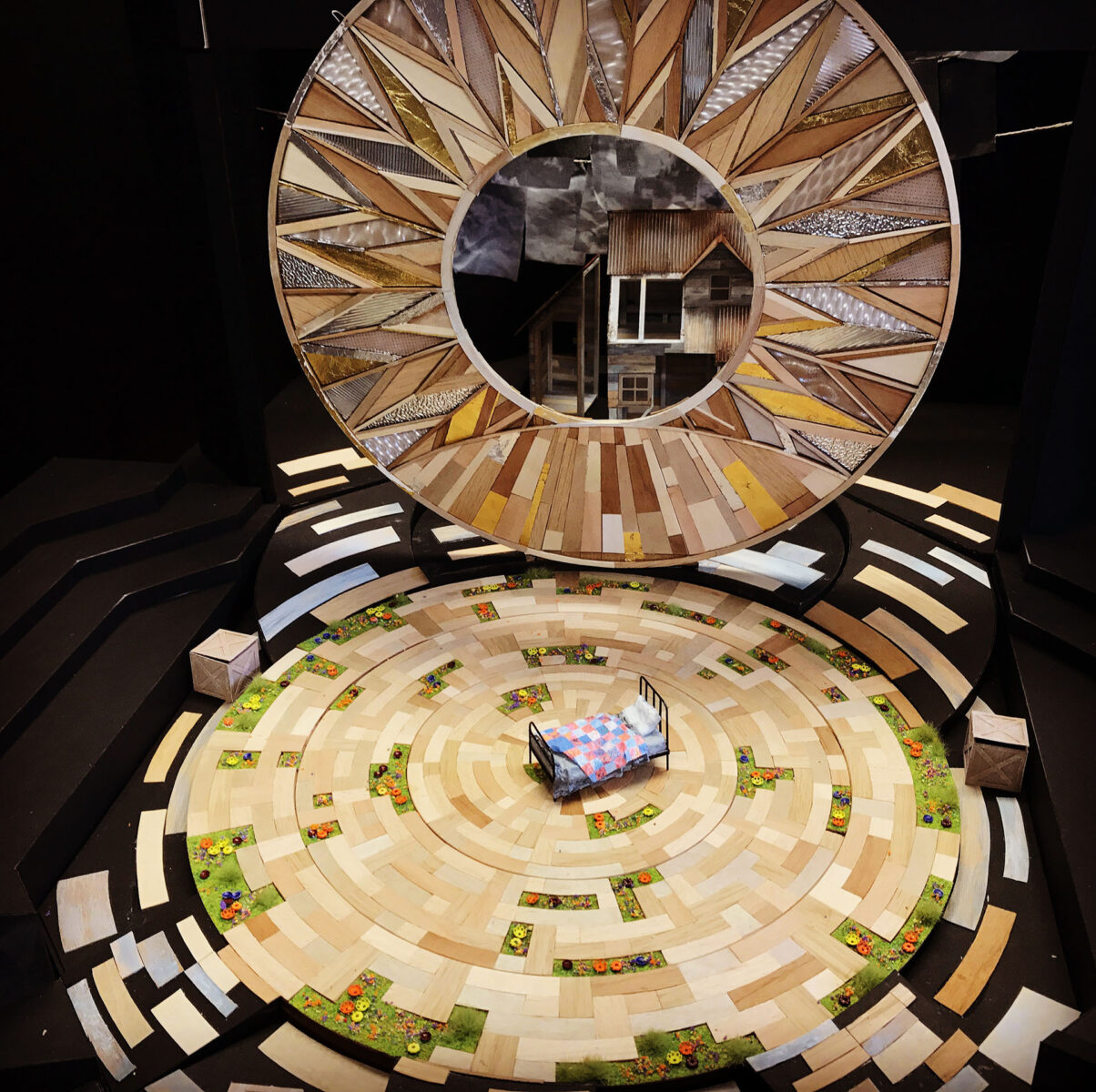 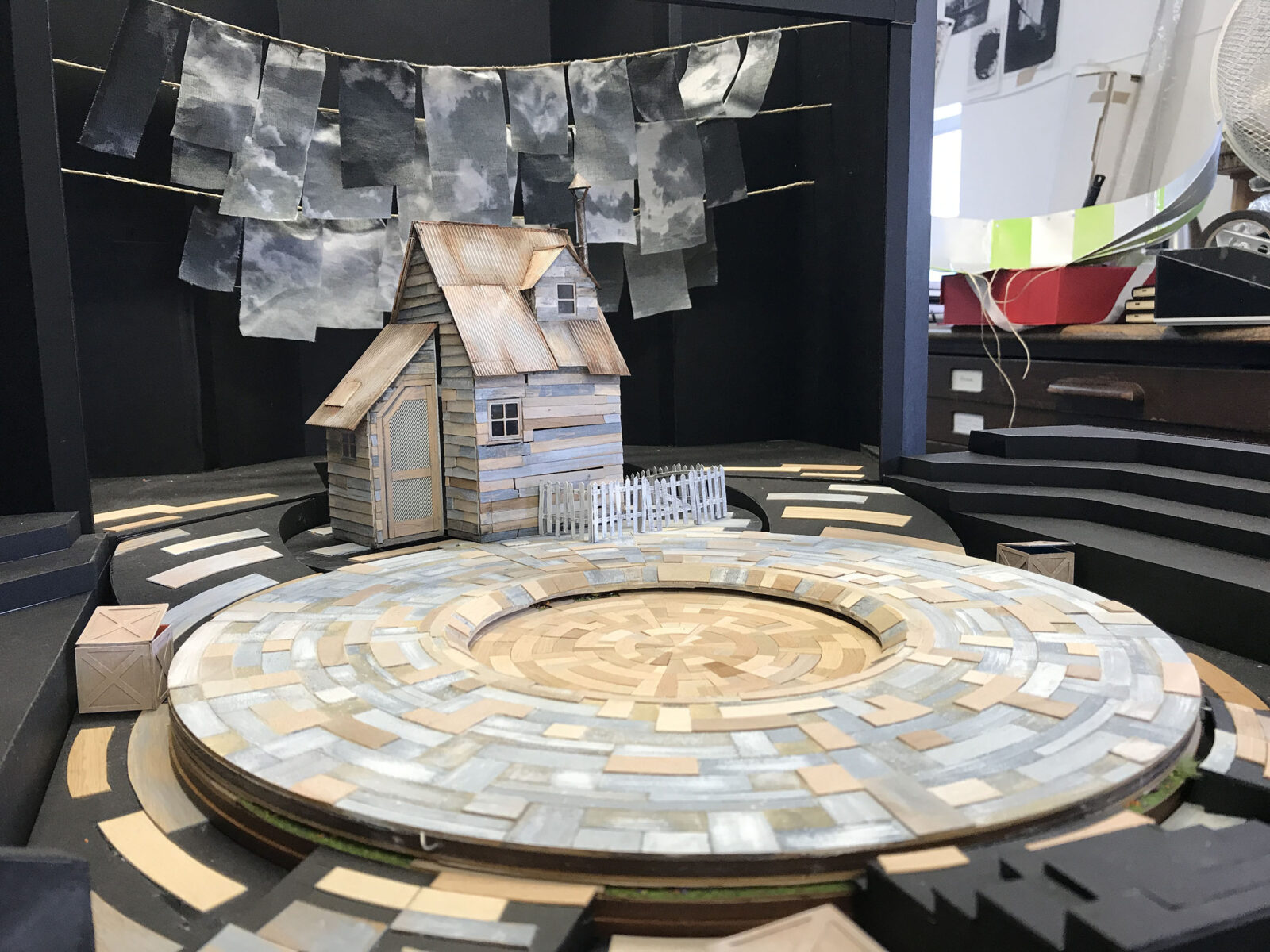 Wizard of Oz at Sheffield Crucible was a challenge. The text is packed with expectations. The theatre was in thrust, with no real wing space, no flying, very limited access from off-stage, challenging sight lines, all the usual limitations of a rep theatre budget and of course, an audience with a vivid memory of the spectacular film.

The nature of the beast was that the solution would inevitably inform all other aspects of the performance, particularly choreography. My solution was to keep almost everything within the stage space; much of Oz being created using the debris of Kansas. A raised disc created a surrounding trench for limited storage of props, performers could come and go from the performance space with ease. Dorothy’s Kansas house had a low tech ‘explosion’, dismantling the house and propelling Dorothy and her bed spinning into centre stage. The surrounding disc of stage was hinged and lifted to create a vertical plane, the underside a collage of woods, metallics and light boxes; the exposed sub-floor revealed panels of technicolour foliage. The yellow brick road later appeared as a series of ‘wooden’ light boxes.